Imagine 10000 years into the future 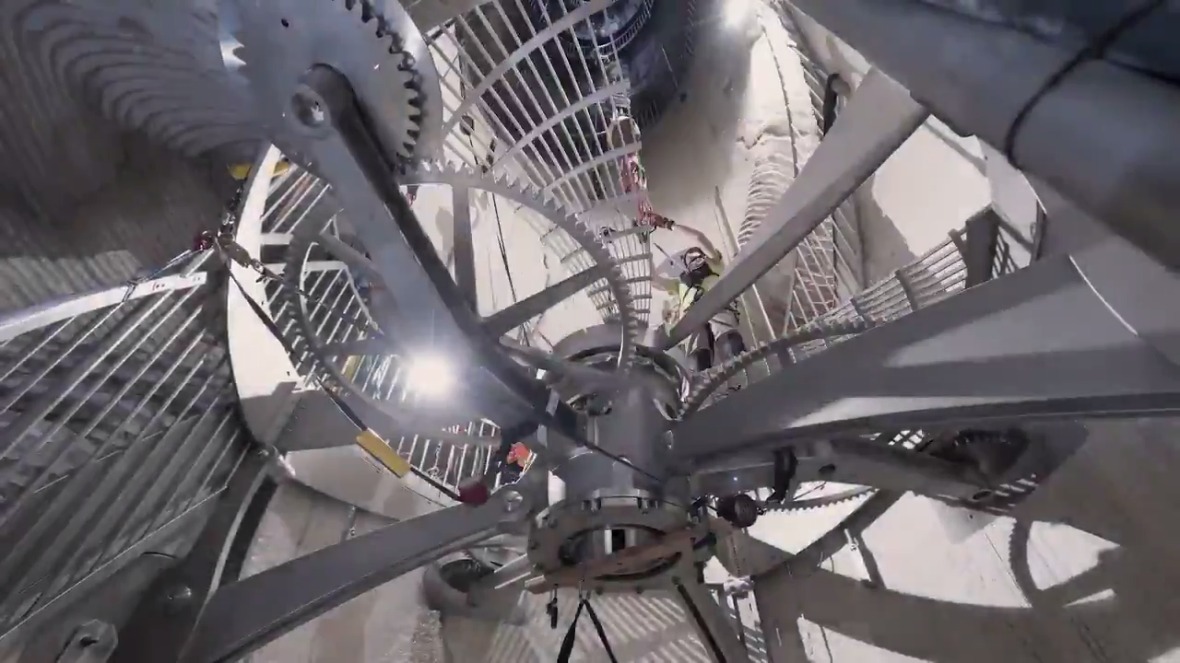 When you're young, the future seems irrelevant. You can think about what you want to do or be when you grow up, but for most people it is difficult to think ahead for more than 10 years, if even that.

Even the so-called futurists don't look any further than 50 to 100 years, because it is impossible to predict that far ahead.
Also it is daunting, if you think back 100 years and how people lived, try to envision what our world looks like in 100 years from now.

Even twenty years ago no one could predict the impact the Internet would have on our lives, the block chain arrived about 10 years ago, and new and exciting developments occur all around us.

Just try it, take some time, close your eyes and just imagine what it will be like to be alive in 2118. Don't worry, I'll wait till you're done.

When we look at the world we see some structures that have really stood the test of time. Sometimes they need some or even a lot of maintenance or reconstruction, but we can still marvel at the sight of the pyramids, the Taj Mahal, Stonehenge or old temples and cemeteries/graveyards.

But these are construction/buildings. Something that is created 4000 to 5000 years ago, and after it is abandoned it is just left. As long as it is well constructed and no catastrophes take place, they will remain there until the weather erodes them enough to bring them down.

What would you do; build a new and improved pyramid, a temple or castle?

Or would you dare to think even further and build a clock that will last 10.000 years?

People as a species are generally short-sighted. We think about our immediate needs, and the future will come when it comes.
This is one of the reasons we are still fighting wars, polluting the earth and, in all reality, just messing things up. Source
In 1995 a man named William Daniel Hillis (aka Danny Hillis) published an article on Wired about a Millennium Clock, a clock that will last 10.000 years. Although the article does not go into detail about how to build the clock or where, it does make you think about the (im)possibility of this.

As an inventor, entrepreneur and scientist, Danny Hillis has proven himself. After founding Think Machines Corporation and working at Walt Disney Imagineering, he founded Applied Minds, a company that creates solutions for problems most of us never heard about, for companies, but also for the military and NASA.

Despite Danny Hillis' previous track record, his idea for the clock was generally considered by many to be just a pipe dream, impossible to realize.

Bring in the Long Now Foundation!!

The Long Now Foundation was established in 01996* to develop the Clock and Library projects, as well as to become the seed of a very long-term cultural institution.
The Long Now Foundation hopes to provide a counterpoint to today's accelerating culture and help make long-term thinking more common. We hope to foster responsibility in the framework of the next 10,000 years.

The Long Now Foundation uses 5-figure dates to foster the idea of long-term thinking. Because of this 1996 becomes 01996

As one of the richest men on the planet, the founder of Amazon has a genuine interest in the vision and idea of the Millennium Clock.

With Jeff joining this effort, and his financial power, the Millennium Clock started to look like a possibility. There were plenty of obstacles to overcome, money being the least of the problems.

Just imagine some of the issues for a clock that works for 10.000 years:

And just last month (2011), the Smithsonian agreed to let the Long Now Foundation install a 10,000-year clock in one of its Washington museums, once they can find someone to fund it.

We are building a 10,000 Year Clock. It's a special Clock, designed to be a symbol, an icon for long-term thinking. It's of monumental scale inside a mountain in West Texas. The father of the Clock is Danny Hillis. He's been thinking about and working on the Clock since 1989.
He wanted to build a Clock that ticks once a year, where the century hand advances once every 100 years, and the cuckoo comes out on the millennium. The vision was, and still is, to build a Clock that will keep time for the next 10,000 years.
I've (Jeff Bezos -RMZ) been helping Danny with the project for the last half dozen years. As I see it, humans are now technologically advanced enough that we can create not only extraordinary wonders but also civilization-scale problems. We're likely to need more long-term thinking.

With an estimated cost of $42.000.000, so far, and despite a lot of negativity and disbelief, and a lot of mechanical and engineering issues to resolve, the realization of the Millennium Clock is now underway.

In the Sierra Diablo Mountain Range in Texas, the first steps are made. Most of the parts are finished and the sound of men working, drilling and schlepping can be heard in this remote part of the desert.

Click the link at the bottom for a video about the work they are doing there, it's impressive.

You can think, and I am sure some people feel this way, that this is just some rich guys showing off, spending their money foolishly, while we are struggling to survive every day.

And you have every right to feel this way. But in my opinion it is a good thing that there are still visionaries that challenge our believes and try to make us think differently about the world we live in, and especially how we live our lives here.

And while the end-date for delivery of the clock is uncertain, we do know that the clock will be a sight for people to visit, for many, many years.

It is as much a means for us to open our minds as it is for our offspring to remember where we come from.

Click here for a video showing the installation of the Clock

upvoted by bigmike420 at kryptonia.

It'll have to be a very robust clock to function over 10 thousand years. Bold statement. Entropy is a b****.

I agree, and that's why it took so long to develop. We won't be around to witness if it will last that long, but I think the idea is more that people start to change their thinking, even if the clock survives 1000 years that is quite an accomplishment.

I would probably see people flying their own for transportations. A cashless society wherein everything is paid through technology process. It is no doubt that technology is more advanced 100 years from now. I couldn't imagine my self-reaching that year but I wish I still could.
I love envisioning my self 5-10 years from now but not that too advance year.
Thank you for sharing sir @rmz
found you in kryptonia.io. here reach me @wilsonblue5

I think at Some point people will invent a doomsday scenario around that clock...

I'm looking forward to that movie.

@masterbot has been called by @rmz to give you 4.88% upvote!
Check this post for information about delegation. Make me strong!

This post has received gratitude of 1.76% from @appreciator courtesy of @rmz!

upvoted and followed from kryptonia

upvote from uvas at kryptonia

Nice. upvoted and my krypt acct is Jerry32

I came to your article from Kryptonia as many others, it seems that it works.