Hey guys, it's been a little while since I've posted as I have been rather busy with life, solving physics problems mainly. This got me to remembering about how I had started writing a story last year which intersects Half Life 1 and Half Life 2 from the perspective of physicists who survived the Black Mesa Incident. 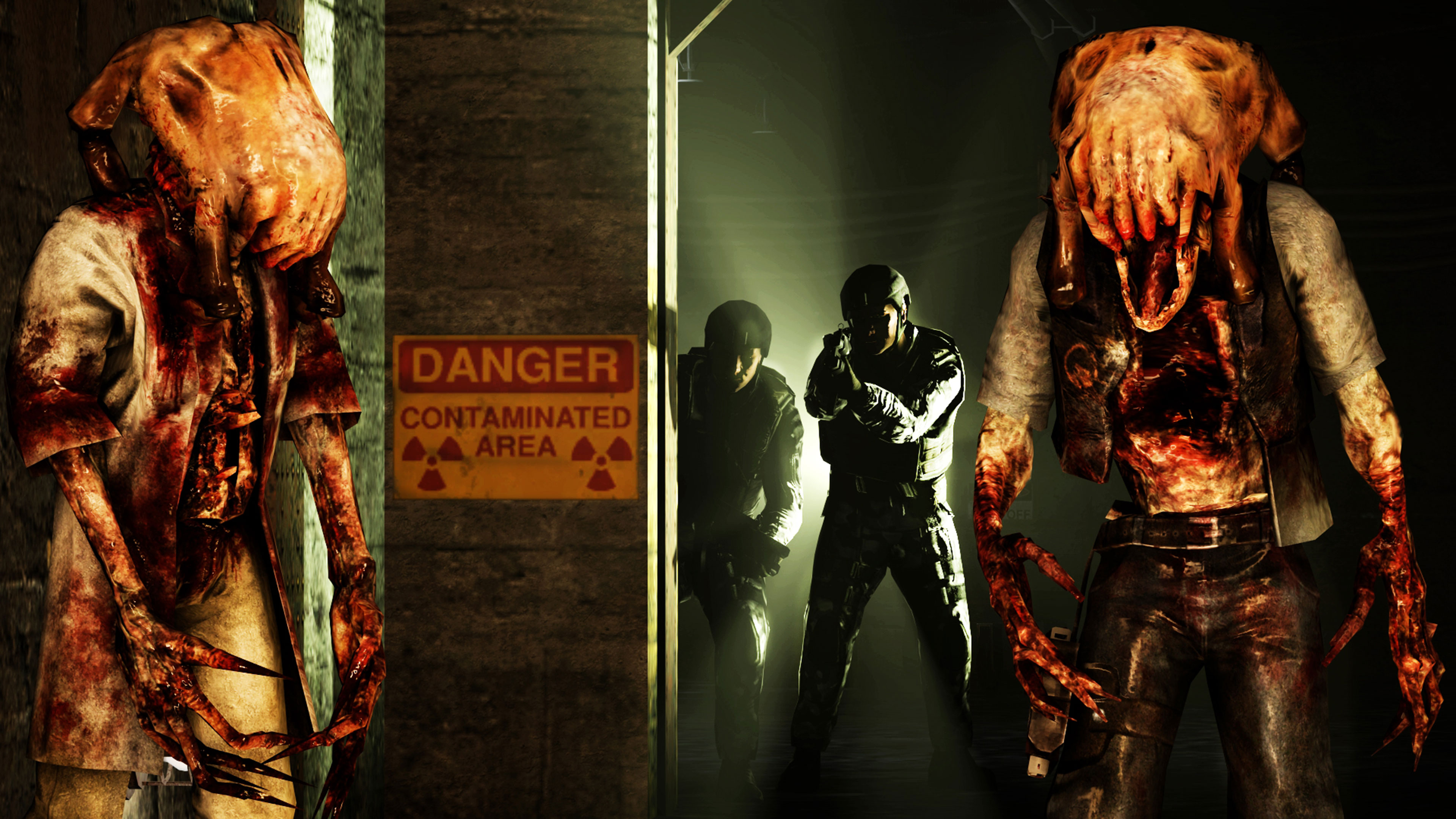 I will post below the small amount that I have written, and I am sure that many Half-Life fans will enjoy the cannon of the series being written in a concise way.

“Despite the vision and the far-seeing wisdom of our wartime heads of state, the physicists felt a peculiarly intimate responsibility for suggesting, for supporting, and in the end, in large measure, for achieving the realization of atomic weapons. Nor can we forget that these weapons, as they were in fact used, dramatized so mercilessly the inhumanity and evil of modern war. In some sort of crude sense which no vulgarity, no humour, no overstatement can quite extinguish, the physicists have known sin; and this is a knowledge which they cannot lose. I am become death, The Shatterer of Worlds.” – Julius Robert Oppenheimer

“The true soldier fights not because he hates what is in front of him, but because he loves what is behind him.” -- Gilbert Keith Chesterton

“Artificial intelligence could spell the end of the human race. It would take off on its own, and re-design itself at an ever increasing rate. Humans, who are limited by slow biological evolution, couldn't compete, and would be superseded." – Stephen William Hawking

Before the war, there was a man so powerful and brilliant that even his presence was without voice.

Dr. Gordan Freeman, PhD would become the legendary theoretical physicist to end the war of all wars, in which ironically he had inadvertently started. Freeman disappeared on the day of the Resonance cascade, known as the “Black Mesa Incident”, He had only just begun working for his old mentor at MIT: Dr. Isaac Kleiner at Black Mesa Laboratories, conducting nuclear and subatomic research in its Anomalous Materials department when the ‘incident’ occurred. GG-3883, a crystal of unknown origin was up for analysis in the anti-mass spectrometer, thought to be a fairly routine day most of the laboratory assistants working in the department did not question the origins of this new sample, when Gordan pushed this thing into the beam the crystal was immediately damaged causing a loud ZAP, BANG as the very fabric of space-time was torn apart by the self-sustaining chain reaction known as a Resonance cascade. All that are left are the stories from the few physicists who survived Black Mesa that day, they tell the horrors of alien creatures, zombies and things they call ‘Head Crabs’, but one story claims Dr. Freeman survived and rescued dozens of people before disappearing into one of the wormholes created by the Resonance cascade, little did he know of the war that would rage on earth during his absence. This is a story of lives of resistance members during the war for earth’s survival following the Resonance cascade, known as the Seven Hour War.

“The readings are within normal limits, has the sample been prepared?” Dr. Kleiner asked in his usual exclaiming way. “That new sample the administrator acquired is in the cart ready to be pushed into the anti-mass analysis beam” replied Eli Vance, knowing full well that the anomalous materials department call Dr. Breen, ‘The Administrator’ out of disrespect. “We’re ready to start the test then! Ninety seven percent capacity, firing on all cylinders today lads, no rest for the wicked.” yelled Dr. Keller, a detrimentally ambitious scientist who should have studied law, not physics. “We are not prepared for the possible consequences of high energy anti-mass, which is dangerous over ninety percent capacity, that ten percent is for a buffer, not one of your fun numbers” exclaimed Dr. Rosenberg. “Well it isn’t up to me, Administrator’s orders I’m afraid, you can either, stay and watch this thing through, or return to your dishevelled labs by the train yard” replied Keller.

And that's about all I've done so far, I hope you guys enjoyed the story so far, if so let me know in the comments below if I should continue writing it, or if it was terrible. Anyway guys, until the next post, stay beautiful!

gaming writing games story funny
3년 전 by locikll55
$11.02
23 votes
댓글 남기기 6
Authors get paid when people like you upvote their post.If you enjoyed what you read here, create your account today and start earning FREE STEEM!
STEEMKR.COM IS SPONSORED BY

Is that to say I should write more? :)

nice sharing....now i m following you

Your post is more severe than tracing guys, please be aware

Badderasser writing! Love HalfLife so much!