This is the Retron 5 a video game console I've been wanting to review practically forever. See this little box right here is quite the capable little system. It's able to run a whole bunch of different games from a whole bunch of retro video game consoles like the NES and the Famicom without the need for a conversion cartridge, the Super Nintendo, the Sega Genesis and even the Game Boy, Game Boy Color and Game Boy Advance. And all of this projected on your screen in beautiful 720p. Sure it's not 1080p but at least it's taking those old video game cartridges that you own at your house right now and kind of upscales them on your modern TV. You might be wondering how is this any different from a retro video game console. Well this system unlike the retro consoles I mentioned is actually kind of an emulation box. Even though it does have the cartridges what it does is it rips all the information from inside the cartridge and runs it through an Android like operating system and then projects it onto your screen. Where the original retro game consoles that I was talking about well they didn't do that. All you need to know is this thing is an emulation box that runs real cartridges which is neat. But what games can it run you ask me. Well let's take a look. 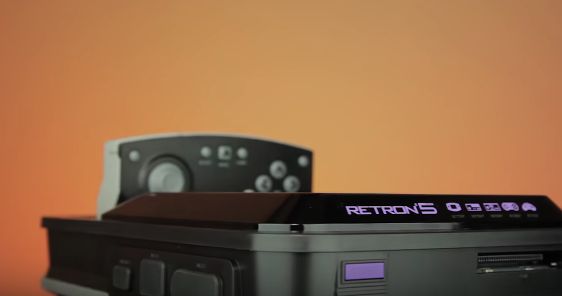 We tested out a whole bunch of random games just to see what would happen and of course the classics like Super Mario Brothers on the NES and Sonic 2 on Sega Genesis ran flawlessly and super sharp thanks to the better resolutions. But we decided to test out some less talked about games like Zool and its fast paced platforming gameplay, Tetris Worlds on GBA because well it's Tetris, Spider-Man, RC Pro-Am, RBI Baseball, Desert Strike, Pilot Wings, Bust-a-Move and Super Mario Deluxe on Game Boy Color, Out of this World and even a Super Famicom game I owned called Militia which worked great. In one instance however I ran into an issue with the NES classic Ice Hockey. Since Retron 5 takes the information of the game from the cart and stores it into its memory I got into an issue where the cartridge wasn't being read properly and created some visual artifacts on the screen. But heck if you're a classic gamer you probably know how to fix this which of course is not blowing into the cartridge like a crazy person and instead gently cleaning the connectors with a dry Q-tip. Outside of Ice Hockey which worked after I cleaned it each game ran great as if we were running on its original hardware. So I figured it was time to throw in some real hard tests. I threw in Driver 2 on the GBA which believe it or not utilizes a 3D engine in a fully explorable 3D world, Tony Hawk's Underground 2 for the character models which are also done in 3D and Tokyo Extreme Racer Advance which was pretty much all super pixley to 3D on the good old Game Boy Advance hardware. Retron 5 ran all the games perfectly. While I was on my little 3D kick I tossed in Hard Drivin’ a pretty low framerate port of the arcade classic on Sega Genesis, Star Fox which remains as my personal favorite FX chip tester game and Virtua Racing which is about as close to fast-moving 3D effects games get on the original Sega Genesis hardware. And they all worked each one without any issues. As long as you consider Hard Drivin’ an okay game on the Sega Genesis because it isn't. It's really bad and I swear that game is going to be a Positives episode one day. But anyway most official games released on the console should work fine but once in a while you'll run into issues with knockoff carts. Most of these cartridges use multi level menu systems that can cause big issues with a Retron 5. Even carts like the everdrive which is essentially a ROM loading device to use on the original hardware will not work on the Retron 5 at all. Speaking of things that won't work console add-ons like the Sega CD and 32x simply are not an option. See those devices use these connecting ports and things and while the Retron 5 just doesn't have them. Also any light gun based game will turn on like Duck Hunt but you won't be able to play it since you'll be playing on a completely different TV than what those devices were originally designed for. But the Retron 5 does have the ability to utilize NES, Super Nintendo and Sega Genesis controllers using their original input connections. I really like this because you can utilize a whole bunch of really strange and obscure third-party controllers with the Retron 5. Now of course not everything is going to work because some of them were very specialized in the way they were designed but a lot of them like the ones with turbo buttons work perfectly. But that's if you're like me and enjoy using those really stupid controllers with the turbo buttons. You can use any controller with any game that is as long as you have enough buttons for the specific game in mind. So if you want to play Sonic the Hedgehog with an SNES controller go nuts. This also means that if you want to take one of those really crazy third-party controllers I was talking about and use them to play it on a completely different system they weren't intended for well you can do that and that's really cool. 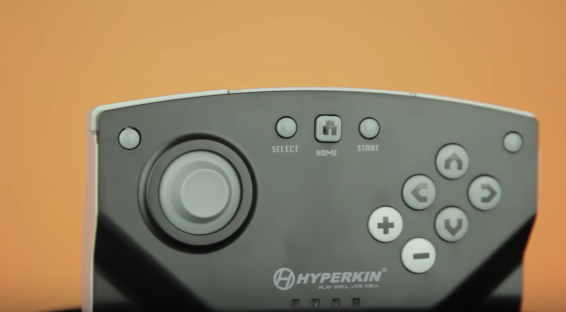 Ok now here comes the worst part of this console. This is the controller that's included with the Retron 5 and it's pretty bad. See for a system that's capable of playing all those old systems they made a controller that looks like none of the system's original controllers. Not even a little bit. The D-pad alone is more like something you’d find on a Neo Geo Pocket and it is kind of clicky and weird. It's not a good D-pad which is unfortunate. Now the good news is you can actually use original NES, Super Nintendo or any of those controllers on here and they work perfectly fine. In fact you can use some controllers like the SNES Mouse the way they were originally designed for the Super Nintendo but also the Super Nintendo Mouse has the ability to actually add a cursor to the main menu of this thing and you can operate the entire main menu of the Retron 5 with the mouse which is cool. What you can't do though is plug in a USB keyboard or USB mouse so unfortunately if you do have a copy of Mario Paint you have to go out and find a really hard to find Super Nintendo Mouse just to play it. Only a few things work on here and the ones that do work really well. The ones that don't don't work at all. But this bundled controller like I was saying has to be avoided. It's not good. There are a ton of buttons on here. At the most buttons I can think of the Sega Genesis 6 button controller, this has more buttons than that controller for some strange reason and I don't know why they did that. Some of the buttons on this are kind of customizable and you can make them do a bunch of things. But one of the buttons standard fast forwards through games which I'm not the biggest fan of because fast forwarding through games usually messes up the emulation in some instances or you miss something in the game and it's just not something I really like. But it's there and you can use it if you want to. I think the worst problem with this controller is its shape and overall design. It is awkward and boxy and not comfortable to use with really sharp corners. And although it's got like 13 buttons on it you're not going to use all of those 13 buttons which I'm not a big fan of. I would have prefered they just had something that was closer to a Sega Genesis 6 button controller or just a six button variation of a Super Nintendo controller which would have been great. But this controller is just really not for everyone. It is wireless so there's that but I think you're much better off sticking with one of the original controllers that you could plug up to this system easily. So as you can see the Retron 5 is a pretty capable system that's able to do a lot of things. Maybe doesn't do everything that the original retro systems used to do but it does enough that you kind of can ignore it not being able to run Sega CD or whatever the heck else. I'm kind of happy with the way that they designed this thing but I believe they could do more next time in the Retron 6 if that even happens. Like I said though get yourself your own controller because if you're coming to the party with one of these you're going to regret it. This is just a terrible controller. So final thoughts, you should get this if you like retro video games and especially if you have a huge retro video game collection. If you ever want to play Megaman and wanted to do save states at random parts well this is the way to go. If you want to cheat at games there's also a cheat library in here. I think it's a buy and heck it's probably going to be on my shelf for a really long time.

Follow me on Steemit @Rerez for more gaming posts!

gaming video technology blog games
3년 전 by rerez69
$32.48
92 votes
댓글 남기기 4
Authors get paid when people like you upvote their post.If you enjoyed what you read here, create your account today and start earning FREE STEEM!
STEEMKR.COM IS SPONSORED BY

thats a great way to describe feeling about games

This retron5 looks so cool! Do u also like the megaman? :) Hopefully u check my newest megaman article too, thanks! Upvoted.