Nintendo has momentum on their side again. Here's how they can avoid screwing it up. 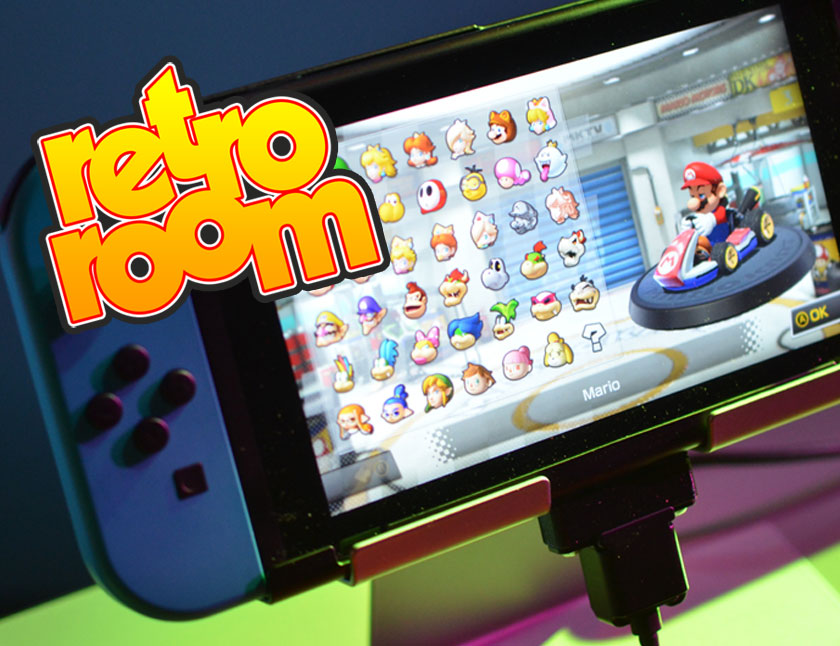 Being a Nintendo fan is much like a rollercoaster ride. They make some great decisions and they're riding high, then their stubborn attitude and unwillingness to adapt brings them crashing back down. The Switch is sending things back in the right direction, but Nintendo seems to have a hard time maintaining success. Here's what they can do to build on the momentum the Switch has brought them.

Invest in more developers and partnerships The Wii U actually had a really amazing library of exclusive games, and sadly too many people missed out on them. Bayonetta 2, Wonderful 101, Hyrule Warriors, Xenoblade Chronicles X and Donkey Kong Tropical Freeze are a few of the games that were developed through partnerships with developers. Nintendo needs more of this, and farming out their franchises to other developers is something they should pursue. Mario + Rabbids Kingdom Battle was developed by Ubisoft, but feels indistinguishable from a game Nintendo would develop in-house. F-Zero GX on the Gamecube was built by Sega. Hyrule Warriors came from Koei Tecmo. We all saw how excited Nintendo fans were when the Metroid Prime 4 teaser was dropped. We want more games from these series. Dust off some forgotten franchises and lets see what we can get. Put Shin'en Multimedia (developers of the F-Zero clone Fast RMX) in charge of a new F-Zero game. Contract NIS to get the next Animal Crossing on the fast-track. Get other devs to work on new entries in the Earthbound/Mother, Kid Icarus, Eternal Darkness, Professor Layton and Chibi Robo series. You have a massive roster of popular franchises. Stop sitting on them! Speaking of the Wii U, there were lots of games on that console that deserve a larger audience and need another shot. Lets get Bayonetta 2 (bundled with 1 again), Wonderful 101, Zombi U, Captain Toad's Treasure Tracker and other top Wii U games ported to the Switch (ideally at a bargain price) to give them another chance and to pad out the Switch library. This is key. Without strong 3rd party support, the Switch is in danger of repeating what doomed the Wii U. We need popular 3rd party franchises on the Switch, even if they're downgraded versions of these games. We're on the right path, with Skyrim, Doom, Wolfenstein, Rocket League and LA Noire on the way, but the Wii U had strong 3rd party support out of the gate as well. We need to actually buy these releases if we want more like it on this system. I don't know what they're waiting for, but this would be a big selling point for the system. With the rich library of games in Nintendo's vault, there's no reason they should be sitting on this. Gamers around the world would absolutely love the chance to take games like Super Mario 3, Earthbound, Starfox 64 and Donkey Kong Country with them anywhere. And for my pie-in-the-sky wishes, if Nintendo allowed you to port your NES or SNES Classic game library to the Switch, it would result in absolutely massive sales for both the Switch and the mini systems.

Make the next Pokemon game the definitive entry For decades, gamers have been clamoring for a console-based full Pokemon experience. What we've got has been fighting games, puzzle games, Pokemon Snap, Hey You Pikachu, Pokemon Channel and other spinoffs. What are you waiting for? Release a full-blown Pokemon game for the Switch and tie it into Pokemon Go to create something addictive and viral that will get Switch system flying off shelves.

This battle is yours to lose, Nintendo. It's your move

Nintendo, you have momentum on your side right now. You need to keep it going by making wise decisions and keeping gamers happy. You have the tools and the talent, so lets see it happen!

Thanks for reading. As always, upvotes, resteems and comments are appreciated!

gaming videogames nintendo blog life
3년 전 by retro-room63
$65.19
66 votes
댓글 남기기 7
Authors get paid when people like you upvote their post.If you enjoyed what you read here, create your account today and start earning FREE STEEM!
STEEMKR.COM IS SPONSORED BY

I thought I wouldn't be able to see my favorite nintendo game on this list. Its SMB, Super Mario Bros.

Fantastic post, I very much agree with you. I hope Nintendo pulls it off and makes the Switch a long lasting success.

Nice! I've been a fan and subscriber to your YouTube channel for years. Thanks for commenting!