The game today is one of the best games on the SNES and of the Donkey Kong series named Donkey Kong Country, which was developed by Rare and published by Nintendo in 1994 for the Super Nintendo Entertainment System (SNES). Plot
The plot is in the game manual. In essence on a night with a great storm, Donkey Kong was hero training Diddy Kong by guarding his bananas until midnight. Kremlings came in that night and took away DK's banana, and with Cranky Kong's shouting, they have to get back all of the bananas. Graphics
The game has some colourful great graphics for the SNES. Backgrounds are great at what they are supposed to be and enemies are great too, also animations are good. There are so many details on the looks of the game that makes me realize this game was made we care. The different Kongs are distinct and can be distinguished from one another. Sounds
Sound effects are great, they are sometimes corky and funny, they sure represent what things are supposed to sound like and aren't annoying at all. Music is superb like a signature on every great Nintendo game it has some memorable songs and doesn't really loop, sometimes I could hear like two or more songs on the same stage which is great, I love the music in this game.

Gameplay
This game is a side-scrolling platformer with great and responsive controls. You can jump over enemies Mario bros style to destroy them or you could roll into them also. You can grab and throw barrels against your enemies too, with the objective of going to the end of the stage collecting as many bananas and other collectables as possible, almost all of them give you extra lives. There are also boxes scattered in some levels that give you the opportunity to ride certain animals that make your life easier in the levels. You get 3 initial lives but the game gives you plenty of opportunities to get many more, once all of your lives are over you get a game over screen. This game is one of the best Rare games out there, I can't recommend this game enough please give it a try, is all kinds of fun. There are versions for the Wii and WiiU virtual console among other re-releases so it's not hard to play it. If you like this post and want to see more content like this please:
Upvote, comment, resteemit
Thank you for reading
gaming adsactly games entertainment steemgc
4년 전 by rogueofoz47
$0.89
10 votes
댓글 남기기 4
Authors get paid when people like you upvote their post.If you enjoyed what you read here, create your account today and start earning FREE STEEM!
STEEMKR.COM IS SPONSORED BY

Loved the first two DKC games back in the day - The third one, not so much. Hats off to Rare LTD for pushing the SNES to its limits.

I really love this game, has one of the best soundtracks in video games, pretty funny, light-hearted like a Donkey Kong game is suppose to be 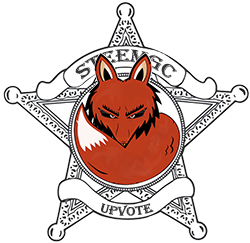