NOT THAT WAY, AKA MonteCrypto: The Bitcoin Enigma 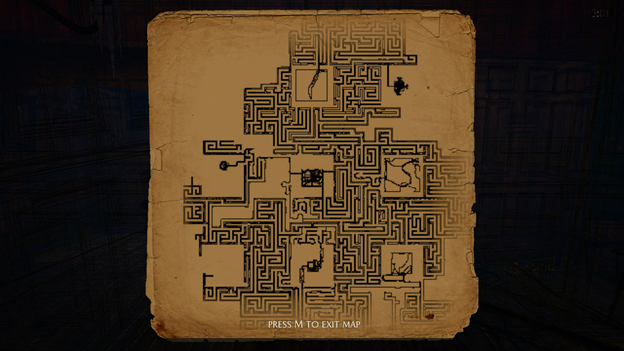 It reminds me a lot of an old school video game easter egg hunt (kind of like what is described in the book Ready Player One). Even better, to help you remind yourself of which way to go you can leave signs on the walls like digital breadcrumbs, but, so can everyone else! Needless to say there is a good amount of dick and fart posts as well as disinformation mixed in with the truth. The developers really put a lot of time into the puzzles and the overall content spread throughout the maze that may or may not be of any use to those trying to find the keys to the bitcoin wallet. In just a little over a day multiple discord servers have popped up as well as many reddit and discussion boards dedicated to trying to solve these clues. The old saying that one person can keep a secret but two cannot, definitely proves true as more and more details of what has been solved is posted, but then, how much of that is real or just disinformation. This digital treasure hunt is timely, entertaining, fun to play, until the frustration sets in!

Over all I think its worth the 2 bucks just to check out the novelty of it! Regardless of what you think of the game style, I am guessing that it is going to gather a large following and have many a “troll” meme spawned from it. Here are some links to the details of the game.
twitter
Reddit
Wiki
discord
second discord

gaming cryptocurrency bitcoin blockchain puzzles
2년 전 by thinkingishard39
$0.00
2 votes
댓글 남기기 3
Authors get paid when people like you upvote their post.If you enjoyed what you read here, create your account today and start earning FREE STEEM!
STEEMKR.COM IS SPONSORED BY

Did you happen to buy the game and try it out?

Yup ... solved 5 on my own before digging into the helper community

Congratulations @thinkingishard! You have completed some achievement on Steemit and have been rewarded with new badge(s) :