Most people have never heard of German New Medicine or GNM. GNM was started by a medical doctor in Germany by the name of Dr. Ryke Geerd Hamer. Dr. Hamer discovered that "conflict shocks" (a type of unexpected psychological trauma) is what initiates chronic illnesses when the psyche can't cope with a conflict shock. When this happens, the physical body takes over and "biologically" manages the conflict shock. Unfortunately, the body only knows ancient, hardwired biological survival responses to address what are typically mental / emotional shocks that should rather have been handled by the psyche. These biological survival programs can lead to just about any chronic dis-ease you can think of as the body tries to apply biological survival programs to address ongoing psycho-emotional shocks.

Dr. Hamer identified this chronic disease pattern when both he and his wife came down with cancer shortly after their son was killed. Dr. Hamer's wife died, but he survived and started on a personal quest to understand why they had both come down with cancer after their son's death. What Dr. Hamer realized after researching hundreds of cancer patients was that every one of them had had a major conflict shock that preceded their cancer. In fact, not only did he discover that cancer was preceded by a conflict shock, basically every type of chronic disease showed the same pattern of being preceded by a conflict shock. From this basis, Dr. Hamer developed what is today known as German New Medicine or GNM.

Let's start with the example of Dr. Hamer and his wife. When their son was shot in an accident and went into intensive care, both Dr. Hamer and his wife experienced a completely unexpected conflict shock. Neither of their psyches could handle the incident and their bodies took over to manage the situation. In the case of Hamer's wife, her default biological program in such a situation was to nurture her child. The consequence was that her body tried to create a "super breast" which manifested as tumors in the breast or breast cancer. For Dr. Hamer himself, his trauma was likely initiated after his son passed away. This manifested in his body trying to create a "super testicle" to create a new son. This led to testicular tumors / testicular cancer for Dr. Hamer.

Cancer is however not the only dis-ease that is seen to be initiated by a conflict shock. Let's take the example of Down syndrome. Most people would see Down's Syndrome as a genetic disorder that is caused by three copies of chromosome 21 being present. In GNM terms Down Syndrome is instead caused by a conflict shock. This shock elicits the "faulty chromosome" as a sort of biological protection mechanism. In GNM terms, the child in womb has experienced extremely loud noises that have shocked the child. The genetics of the child respond to this shock and produce specific protein abnormalities that lead to the typical Down syndrome symptoms. Yet, the common feature of almost all Down syndrome sufferers is sensitivity of the ears to loud noises. In GNM terms, this is not a coincidence and is a representation of the ongoing conflict shock that is the cause of the faulty chromosome expression.

GNM is based upon a far different philosophy than with standard medicine. GNM defines five biological laws that define how the body reacts to any conflict shock situation. I will not try to summarize these laws here, but rather refer you to an excellent summary of the biological laws here.

Especially interesting is the fourth law of GNM. According to this law, GNM does not view pathogens as the direct cause of chronic disease. Instead pathogens are understood as being recruited by the body for purposes of the biological program that has been executed as a result of a conflict shock. The pathogens may take over if there is too much tissue damage caused by the chronic execution of a biological program. This can of course lead to very serious health consequences including ultimately death, but the pathogen is not considered the root cause of the chronic disease in GNM. The root cause is still the unresolved conflict shock that is leading to ongoing cell damage and cell death. The accompanying pathogens then come in to feed on the damaged / dead tissue rather than initiate the disease itself.

Where to go from here

I am unable to give a complete overview of GNM in a way that does it justice in this short post. I therefore highly recommend that you take the time to minimally watch the above videos as well as read the linked pages and documents. I am also happy to try to answer any of your questions on GNM in the comments section below.

Please do take the time to get to know and understand the philosophy behind GNM. If you do, you will never look at health, disease, and medicine the same way again - and this is a very good thing. Our current medical system focuses almost solely on a symptomatic view of chronic disease that only offers the standard "drug, cut, and burn" model (with maybe some physical therapy thrown in for good measure.) Other than for emergency medicine (which is incredibly valuable), our current medical model is a complete disaster that misses the link between physiology, psychology, and spirituality. It is a death system rather than a health system. The faster you are able to understand it in this context, the better chance you have in truly resolving yours and your family's and friends' health challenges through methods / modalities such as GNM.

gnm health wellness psychology philosophy
4년 전 by newsandviews56
$0.26
10 votes
댓글 남기기 8
Authors get paid when people like you upvote their post.If you enjoyed what you read here, create your account today and start earning FREE STEEM!
STEEMKR.COM IS SPONSORED BY

This is absolutely amazing! Highly Resteemed and ty for showing me this.

Ditto!
Great Info! Thank you for the share.
Highly rEsteemed. 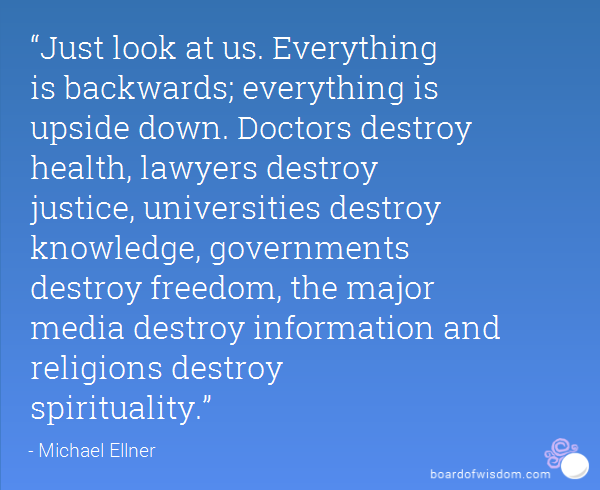 Although i do not agree with the way they state things are connected, they are not wrong.

I feel it is better explained like this.
There is the physical body and the emotional body.
Both of them have organs in the same place that do about the same things.

Cancer starts on the emotional layer, and as you stuff more and more emotions into the area, it basically becomes like a black hole, and then it starts to build into the physical body causing a tumor.

No cancer healing has occured without the patient fixing the emotional stuffing problem first. The doctor can remove the tumor through surgery, but it is still there and will return, has returned.

Fortunately, you can heal the problem on the emotional layer and the cancer on the physical layer will disappear.

I think there is an even more integrated model that is involved here than what GNM has identified, however, what they have identified has been rigorously tested and outlined by Hamer and his GNM colleagues. I do however see some important extensions to the GNM model that go in the direction of what you indicate. Memories (mental or emotional) are not held in the brain but rather within the tissues and organs themselves. (This is why people that receive transplant organs also gain memories and character traits from their donors - here are a few examples.)

The brain is more an indexing organ rather than a storage organ. This has some significant ramifications on the GNM model. It means that physiological damage to the tissues, organs, and meridian circuits will make you far more vulnerable to conflict shocks and dis-ease. It also means that the Chinese medical model is correct in its correlation of organs and meridians to specific emotions and conflicts. This is a further extension and alignment of the GNM model to ancient Eastern medical models that should be addressed by GNM.

And, our current "medical" doctors only begrudgingly think that emotions have anything to do with the body. When you talk to them about a direct connection, they will throw you out.

So, i am glad for GNM and other such things. See "Hands of Light" by Barbara Brennan for an even earlier example. It is high time we start working holistically with the body.

This sounds really interesting. I have never heard someone describe chronic diseases this way. GNM sounds really simple but it carries a fundamental change in the way we think of diseases if all this turns out to be true.

I will definitely read more about it and watch the videos. Thank you for sharing @newsandviews

This is an interesting article. I must comment here so I can get back and reread at my earliest convenience. Thanks for posting.