Welcome to the second haiku contest! The first one was such a success that I can't resist doing another. Seriously—go read the entries to the first contest. They are all great!

This one has a theme, provided by @negativer and @bex-dk and tweaked by me. The theme is: Bugs and Arachnids in Winter.

That is to say, please feature bugs or arachnids in your haiku in some way, but also remember: it's currently winter and haiku usually should feature something of the current season. Perhaps this means seeing the bugs waking up outside, with spring so near, or maybe it means seeing one that is wintering inside your house for warmth, or... well, your idea!

Here is a haiku I used in the article referenced above.

evening
snow beating down
my son is snoring

You can see I give a nod to the season, and there is also a shift in the action as we move from the scene (lines 1 and 2) to my son.

This one, a classic from Buson:

on the temple bell
sleeping
a butterfly

You can read more about that haiku here.

And here is one of my favorites from Jack Kerouac:

Contest will go for 7 days, so that means the final day you can submit is next Friday the 23rd (Japan time).

Special thanks to @tinypaleokitchen of the Writers Block who donated 10 SBD for use in this contest. With her contribution along with the same among I gave away last time, the prizes for this week will be as follows.

5 SBD for first place. 3.5 SBD for second place. 2 SBD for third place. And 2 SBD in the pot for an honorable mentions or two.

I will be the sole judge.

Even if you've never written haiku before, I encourage you to give it a try! And Have fun!

I post one photo everyday, as well as a haiku and as time allows, videos, more Japanese history, and so on. Let me know if there is anything about Japan you would like to know more about or would like to see.

haiku contest poetry busy thealliance
2년 전 by dbooster64
$10.55
52 votes
댓글 남기기 27
Authors get paid when people like you upvote their post.If you enjoyed what you read here, create your account today and start earning FREE STEEM!
STEEMKR.COM IS SPONSORED BY

Your contest is officially supported and promoted to all members in #diehardsteemit Discord group. Join us for a coffee!
https://discord.gg/vnbMHjM

Moon shines on
spider in my head
hiding monsters under bed

Cool contest! I've never written haiku before, I'm surprised by how very different it is from writing other forms of poetry. Here's my attempt: water
rushing from the faucet
wakes a sleeping spider

Ha! I followed you here.

Hehe! Wait... did I follow somebody here? I think I did. Or I might have just stumbled upon it.

In any case, I remember the geckos and skeeters in FL! 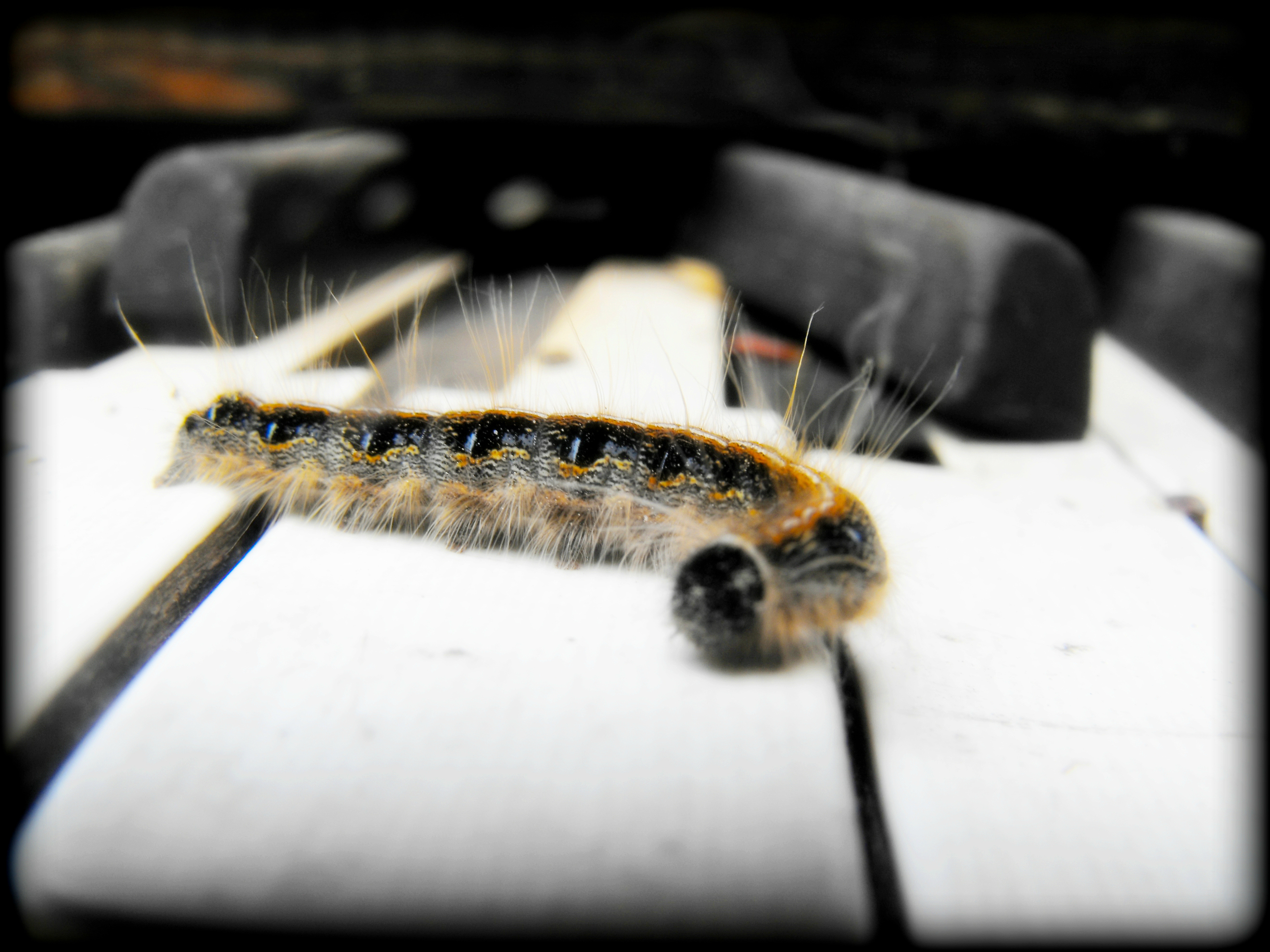 "Supervīvere"
winter has appear
one lays an unseen pitfall
to survive the night. Go on then, missed the first one but I'll give this one a go: 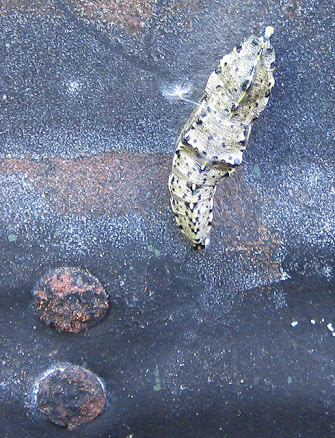 Kind of on the cusp of winter-spring, hope that works ;). Image from wikimedia commons: https://commons.m.wikimedia.org/wiki/File:Chrysalis_or_pupa_-geograph.org.uk-_1173400.jpg This is the first time I write a haiku.
On the patience of waiting for the end of winter.

Hello sir, @dbooster. An awesome contest you've got here. I particularly like the fact that you do not wish to make us adhere strictly to whole syllable thing.. I think haikus are better expressed as they come..

There is a smooth, black carapace;

Crawling against the cold white earth;

Pain and beauty in its arms... 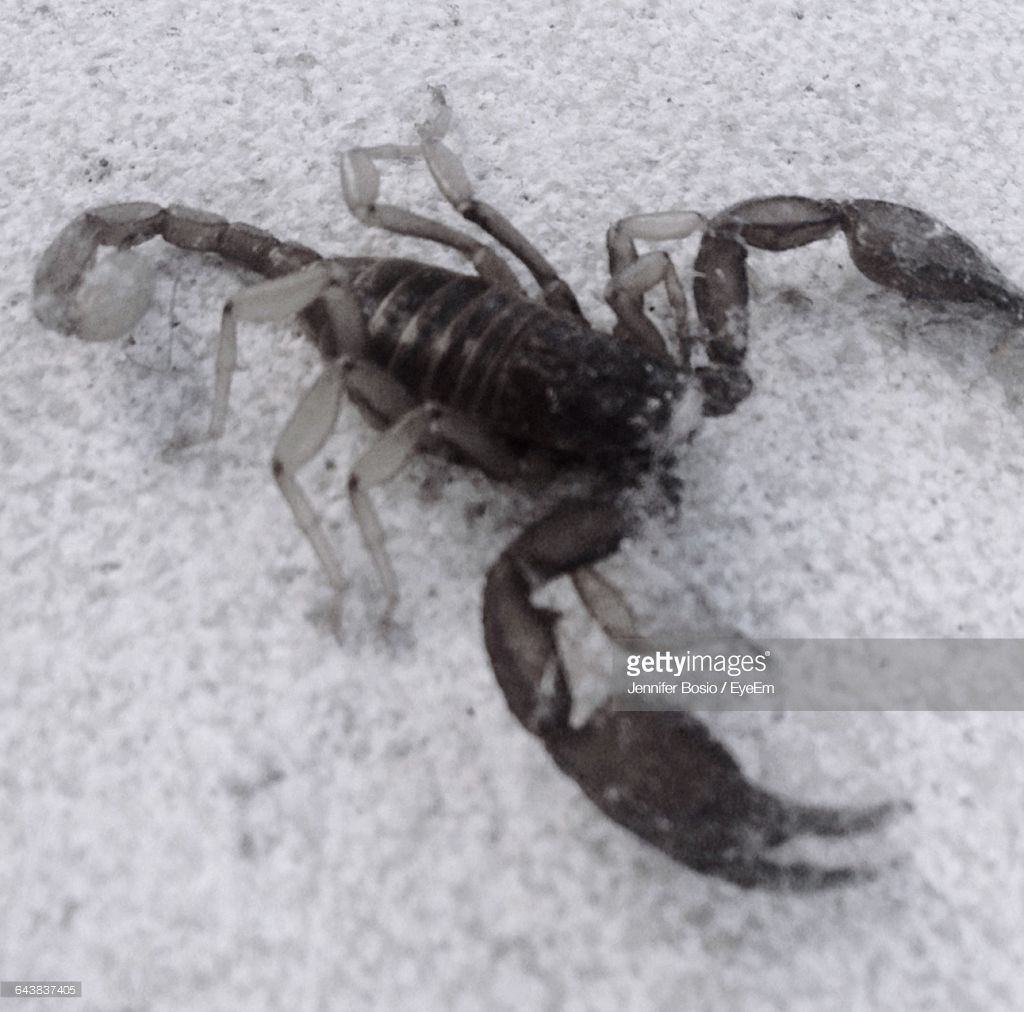 Let's do this! Thanks for hosting another contest! Here's my entry: and here's a link to my post with my entry: https://steemit.com/poetry/@millennialnow/frozen-threads-haiku-contest-2-bugs-and-arachnids-in-winter

My non-entry for this time:

The Prince of Summer:
By the Bo Tree,
surrounded by insects.
Never winter.

And a more cynical take:

The Sad Messiah:
By the Bo Tree,
insignificance surrounds me.
Always raining.

(The bugs in the second version are metaphorical, and hinted at, works when you know they should be there.)

@dbooster - "Anyone with even the slightest interest in haiku should give it a try. Let's see how many haiku entries we can get"
I can't make the syllables work out, and 3 lines aren't enough - eep! But it was fun trying.
https://steemit.com/haiku/@carolkean/ladybug-haiku-contest-2-bugs-and-arachnids-in-winter

https://steemit.com/contest/@jayo/yuki-onna-haiku-contest-2-bugs-and-arachnids-in-the-winter
My first time actually writing a haiku, read a few and attempted writing before couldn't... Now i tried to incorporate the Japanese mythology (always been fascinated with yokais) together with the theme... 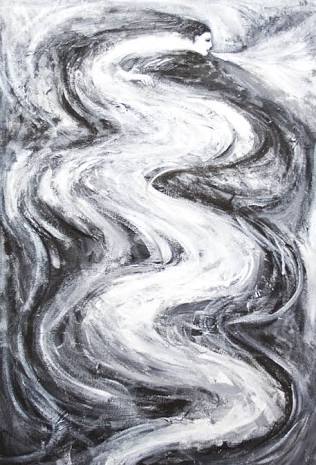 @moneyinfant has added your contest to the list Steemit Writing Contests: Issue #22. The list is updated on a daily basis and your contest will remain on the list until its expiration - there's nothing you need to do.

The list was created to save writers the excessive amount of time spent searching through the #contest tag for writing contests. Now they can just come to the list each day, see new contests and use their time doing what they love - writing.

If you'd like to help spread the word about the Steemit Writing Contest List I'd really appreciate a resteem, but it certainly isn't necessary. The project is simply meant to help writers save time and contest creators attract more contestants.

P.S. If you know of any contests I've missed I'd love to hear about them. Thanks!

Restewm and upvoted where in Japan do you live tomodachi

Thanks :) I am in Okazaki, near Nagoya.

my entry:
The Interior Decorators Ok, here is my first ever haiku. I don't know about any juxtaposition or about what and what not. But here it is. Even though I'm afraid of bugs and arachnids! Pale Death

This is my first time writing a haiku. I hope I get it right

Here is my entry 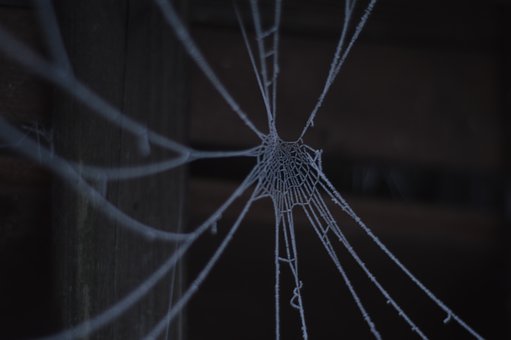