It turns out that believing is actual seeing. This has been a popular belief in New Age circles for a while … and now it’s being confirmed by modern science. 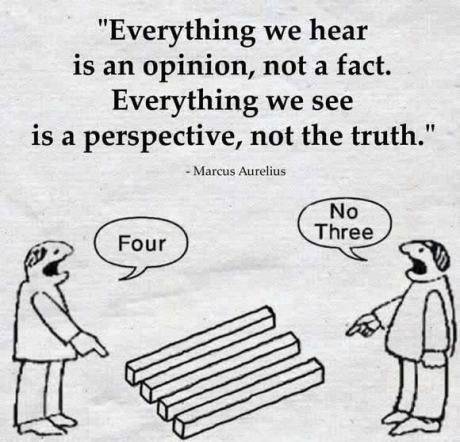 In physics, the Observer Effect is “the theory that simply observing a situation or phenomenon necessarily changes that phenomenon.” (Source Wikipedia) It has shown us that the simple act of observing an event can completely change the outcome. First discovered in the “Double Slit Experiment”, it has become classic example of particle physics.

It is one of the many strange phenomena discovered by Modern Quantum Physics.

For many years, medical professionals have been aware of, and often astonished by, the seemingly magical nature of the Placebo Effect. A component of most medical experiments, using placebos is common practice in medical experiments. The placebo effect was discovered when patients, receiving only sugar pills (a way to test the effectiveness of the drug being tested) ended up recovering at equal, or sometimes better rates then their medicated counterparts. In these experiments, patients would receive the equal care with one group receiving an active drug while the other group received an inert sugar pill. Simply by being told that they were being treated, many individuals experienced spontaneous recovery. In a recent study over 40% of individuals suffering from depression experienced a decrease in symptoms from placebos alone. Traditional antidepressants performed only slightly better, recording symptom reduction in just over 50% of patients. Turns out the power of the mind is quite strong.

These cases show how our powerfully our minds can impact our reality. When we begin to grasp the true power of our minds, we realize how important it is to carefully choose what we believe. Once of the most common, and limiting, beliefs is a lack of self worth. This belief can lead to depression, self deprecating behavior, and in extreme cases, self harm. Changing this belief can bring radical positive change and I am eager to empower more people to begin this transformation. 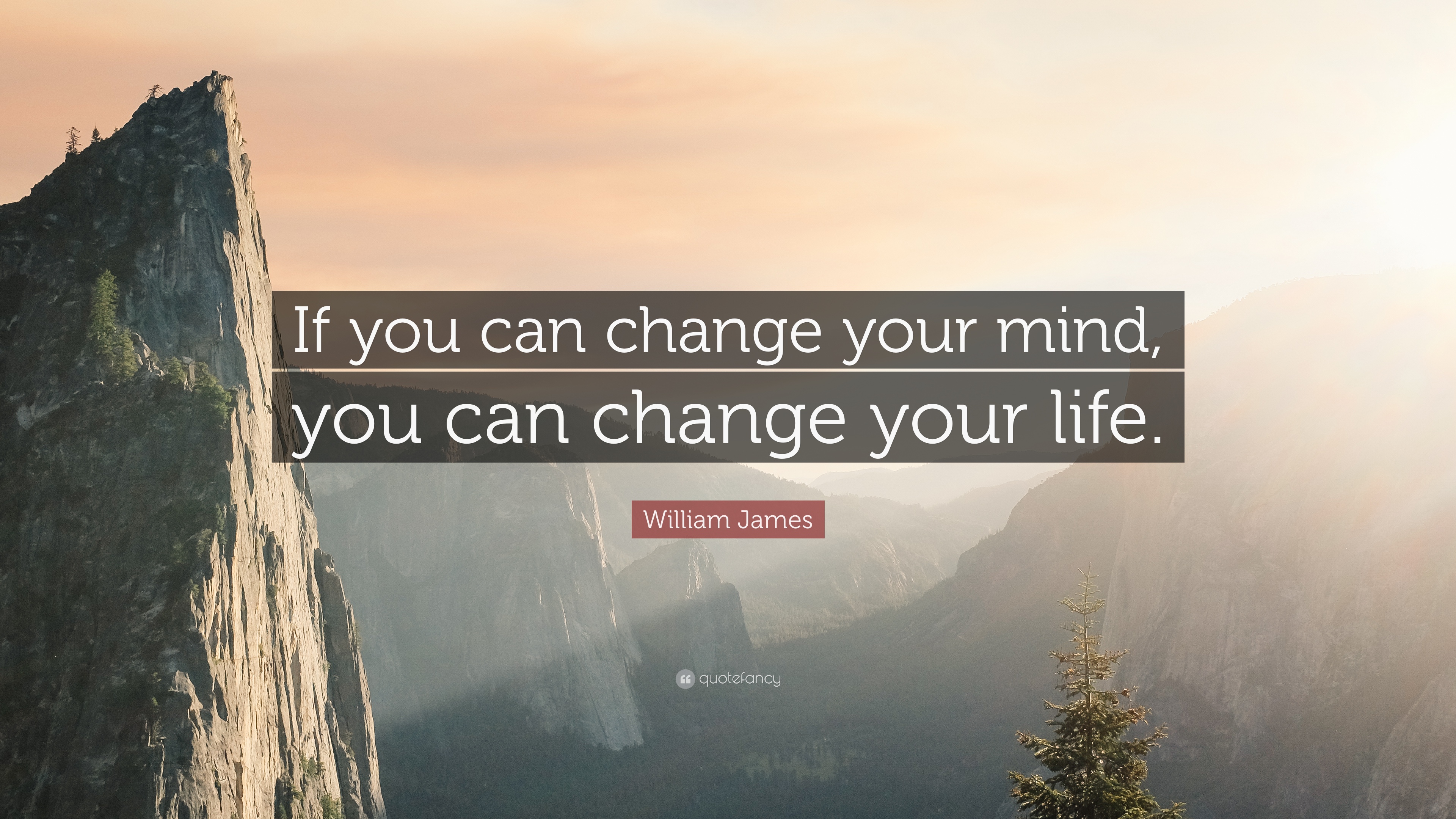 Over the next few days I will be posting a variety of techniques to change your beliefs, specifically those tied to self worth. I would love to hear from those who have successfully transformed their self image (tell us how you have done it) as well as those who are still struggling (let us know how we can help). With consistent practice, any belief can be changed. It might not always be fun; however, every moment you spend practicing is making a sizable investment in your future. I hope you have the courage to take the first steps down this path; if not, look to the individuals around you for inspiration. We are truly a big family and it’s about time we start acting as such (I’m looking at you fellow Steemians!)

Check Out Some Of My Other Posts Here

If you are enjoying the content that I am producing, definitely hit that follow button as I will be creating much more! Also, please let me know if you have any suggestions for things you would like to learn about. happiness science life health love
2년 전 by metama71
$103.87
95 votes
댓글 남기기 30
Authors get paid when people like you upvote their post.If you enjoyed what you read here, create your account today and start earning FREE STEEM!
STEEMKR.COM IS SPONSORED BY

Nice article and thanks for sharing! We somehow perceive the world around us, perceive the surrounding reality. When we were children, it seemed to us that this world is full of all kinds of strengths from children's books and fairy tales, hidden from adults, but obvious for us, and we lived in this fairy-tale world. With age, this world gradually disappears from our perception, but it seems to us that something still exists today. In fact, we keep coming back to this.

This comment has received a 0.81 % upvote from @booster thanks to: @chotho.

The mind is one powerful tool! I just love the Placebo Effect and I use it as an example when talking about weight-loss challenges with my clients! I try to explain to them that 70% of weight loss (especially a complete health life change) is mental. You have to get into the right head space and believe that you can change your life for the better. If you believe it, the actions are more likely to follow. The opposite is also true. If you believe something is going to be hard (like a diet) chances are, it is will be.

Use the mind to your advantage and never let it get the best of you! It is the most powerful tool we have! :)

Resteemed to over 18500 followers and 100% upvoted. Thank you for using my service!

It is very true. Especially at work. I can see people who are "happy go lucky" and everything is easy for them because they have the right attitude and mindset. That is what I look for when I hire new people. :)

see what is ahead of you and make sure everything you see.
Visit my blog 🙏

Eyes are wrong sometimes! Right side of life should therefore be chosen. And we can learn a lot from people blogs like this!

Wat is your opinion about laws which are generally acceptable by everyone and stated by a scientist......is it a fact or their opinions.... I Need more enlightenment on that

I love the first paragraph about perspective!

This is such a powerful concept and one that I talk about on my blog quite a bit.

I have a video explaining my interpretation of it, check it out if you like on dtube!

Definitely, i'm seeing 7 sticks. Who else is seeing same? If you know you know.

It is a lovely article with the references mentioned. Very good writing :)
Educative n indeed motivative as well ..good work.

I too enjoy that @metama gave us sources. Very well done

When I looked at the image of the 3 logs versus 4 I saw four on one side and three on the other. After closer inspection I realized the four versus three is an optical illusion the lines are merged. Tops become sides and vise versa. So if there is a real number it is probably somewhere between the two.


To use this service send a minimum of 0.010 SBD or STEEM to @t50 with the post you want upvoted as the memo.
Low Minimum Bids!
Increase Your Rep!
Draw Attention To your Post.
Earn Passive Income By Delegating SP to the Bot.
Overbid Protection
Voting processed every 2.4h (2,880 blocks).
@t50 follows all followers!


Invest and earn daily by delegating to the bot, we match or beat popular competitors.


If you do not want to receive upvotes from @t50 you can ask to be blacklisted by replying to this comment.

@metama your post really edify me! It's so true our mind is very powerful. It's not unusual to find out that we become what most occupies our mind. I also like the way you explained the truth Scientifically. You're indeed a lovable person. I'm following!

Wayne Dyer already used to say: Change the way you look at things, and the things you look at change...

Thought is so powerful, and I believe, we as humans have the gift, awareness and ability (if we choose to) to direct our thoughts in certain (helpful/or destructive) ways.

I really enjoyed reading your post. A few years ago I really believed in myself, I was actually really good at convincing myself at I can do or be something, and then I achieved it, just by believing in me. I think I've lost that skill, since I'm doubting myself a lot more nowadays. I'd really like to find it in me to be more confident again, therefore, I'm looking forward to reading your upcoming posts! :)

I'm already excited to read your next posts! The placebo effect was always fascinating to me and I honestly think it's great that your mind can heal you without having to take actual pills! Some people probably won't recover, since they really need the medication, but I think it's fascinating and definitely good that this discovery has been made :)

hey, this post resteemed by @manikchandsk to over 7400 followers and voted. good luck
thanks for using our service.
send 0.200 sbd or steem to @manikchandsk and keep post link in memo that you want resteem + 40 upvote +@manikchandsk 100%upvote.
click for details..https://steemit.com/manikchandsk/@manikchandsk/post-resteem-upvote-service