Ladies, if you like to drink coffee, then here is another reason to love more. According to a new study, drinking 4 cups a day can reduce the risk of endometrial cancer by up to 18%. 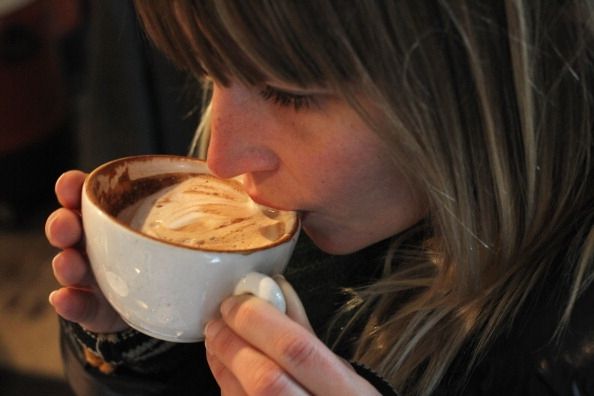 There is also talk of uterine cancer, endometrial cancer affects cells that line the uterus or endometrium. Some of its symptoms include pelvic pain, pain during intercourse, abnormal discharge into the vagina that can be either water or blood, and bleeding between periods.

According to the National Cancer Institute, more than 50,000 cases of endometrial cancer are diagnosed each year with nearly 8,000 deaths.

A team of researchers led by a research fellow at Imperial College London Melissa Merritt has studied the more than 450,000 women with data from two large studies that are still ongoing. From the pool, they identified 2,800 women who had been diagnosed with endometrial cancer. They then monitored the type of diet they maintained. They found that those who drank at least 37 ounces or about 4 cups of coffee a day had a 18% lower risk than those who drank less. They do not see the same connection to a reduced risk and the other 83 different types of food and drink.

Merritt mentioned that she was not surprised by the results since similar findings can be obtained from studies that also deal with the link between coffee consumption and endometrial cancer.

The team wants it to be clear, however, that they have not established the cause-and-effect relationship between these two. But they believe it has something to do with the coffee's ability to regulate estrogen. American Cancer Society mentioned that when a woman produces more progesterone estrogen, which then leads to hormonal imbalance, the risk of endometrial cancer also increases. Another possible reason is that coffee contains antioxidants that can prevent cell damage.

health steemit zappl utopian-io vegan
4년 전 by healthblogs34
$0.00
8 votes
댓글 남기기 1
Authors get paid when people like you upvote their post.If you enjoyed what you read here, create your account today and start earning FREE STEEM!
STEEMKR.COM IS SPONSORED BY

A very interesting discussion of women's reproductive health issues. This is very beneficial for women. Thank you