Hedging of risks when investing in crypto assets

CEO of Phenom.team Alexei Smirnov talks about hedging methods for insurance of risks in the crypto-investment market. Corporations in which individual investors place their money have exposure to fluctuations in all kinds of financial prices as a natural by-product of their operations.
These may include foreign exchange rates, interest rates, commodity prices and equity prices. The effect of changes in these prices on reported earnings can be overwhelming, so companies will seek out transactions whose sensitivity to movements in financial prices offsets the sensitivity of their core business to such changes, or hedging.
The most sophisticated players in this field recognize that a business’ financial risks present a powerful opportunity to add to their bottom line while shielding the firm from the negative effects of those movements.
contracts, the most common of which are futures, options, and averages.
The purpose of hedging determines the strategy and the tools used. For example, options, futures and forwards are usually used to form a risk-neutral position. In turn, protection from a catastrophic scenario involves the use of scenario analysis and mixed strategies.

The crypto currency market is one of the youngest types of alternative investments, which combines a high level of risks and the possibility of obtaining super-profits. As a consequence, the main investors in the market have high-risk tolerance and from the very beginning have demonstrated a limited demand for hedging. With the development of the market, hedging mechanisms are developing, combining both classical tools and unique methods of blockchain technologies.

The classical instruments are represented by the futures of two Chicago exchanges - the Chicago Board Options Exchange and the CME (Chicago Mercantile Exchange). Futures were put on the market at the end of 2017th and had a significant impact on market expectations. Launching of a futures contract on the CME stock exchange was held on December 18 and thereafter the crypto currency market underwent a correction. As with any tool intended for professional market players, its application is limited to access to the exchange, most investors can only purchase futures through a broker, which means emerging of additional commissions and extra time for operations. 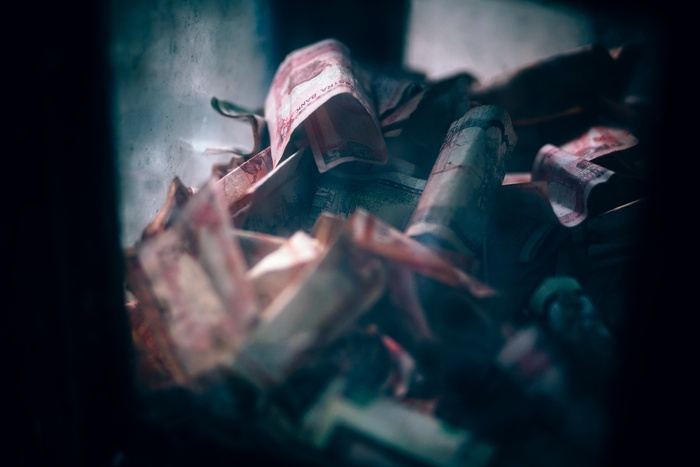 Alternative tools which are marked by low transaction costs and using of distributed computing are represented by pegged assets. The main idea of these assets is to provide a cryptocurrency/token with a real security. Such tokens can be classified depending on the agent that guarantees collateral. The following tokens are best known:
• Tether (USDT) at the base of USD has stated the security in the proportion of 1 to 1, the guarantor of the collateral is a group of persons, is realized through a bank account, while the structure of activity and collateral is opaque, present on the market since the beginning of 2015;
• True USD (TUSD) is based on USD, collateral is also stated as 1 to 1, the guarantor of collateral is the group of founders, the pledge is realized through a bank account, appeared on the market very recently - at the beginning of 2018, as of March has insignificant capitalization;
• Pledged assets of BitShares (BITUSD, BITEUR, BITCNY, BITGOLD, BITSILVER), which are always equivalent in the price of USD, EUR, CNY, gold, and silver, respectively. Anyone can issue these assets, but for the issue, it is necessary to pledge collateral in the BTS coin, which should be more than 200% of the asset's base value. The guarantor of the pledge is the protocol of the BitShares network, which implements the mechanism of compulsory redemption when the price of asset changes above a certain threshold. Traded since September 2014.

The listed assets are used for trading strategies as instruments of near-zero volatility. All crypto assets are traded in pairs to the main crypto-currency like Bitcoin andEthereum, whose price is volatile on its own. To successfully implement hedging strategies in the event of catastrophic events, the investor needs to apply a scenario analysis combining the predictions of the market movement as a whole and the prospects for a separate cryptocurrency, on the basis of which hedge positions are determined. Opening investors' positions opposed to the main transaction using security tokens, investors limit the number of possible losses.

At the next stage of development, the peer-to-peer trading platforms, offering derivatives of crypto-currencies are similar to traditional exchange instruments, entered the market. Trading on such sites allows implementing risk hedging strategies, but at the same time, the investor fully accepts the counterparty risk, because the basis is the trust in the site as a guarantor of the release of derivatives.

Prediction Markets
Also as a hedge can be considered prediction markets allow you to place bets in cryptocurrency for the execution of a particular event, such as the fact that the rate of Bitcoin at some point in the future will be above or below a certain price level. Accordingly, a pool of bets is formed on the positive and negative outcome of the event. At the time of the event, as a rule, the arrival of a certain date, the actual value is determined and the total pool of rates are distributed proportionally between those who correctly predicted the outcome of the event. The main drawback of such sites is low liquidity and the requirement of trust of their funds to the site with the exception of decentralized sites, such as Augur or Gnosis, built on smart contracts Ethereum. Portfolio Diversification
Hedging through diversification is realized through the gradual fixation of profits and replenishment of the portfolio of assets. These assets are very likely to have an inverse correlation to the bitcoin price. As a good example of such an asset, you can consider the DigixDAO coin (DGD), which showed good growth while Bitcoin’s falling.

Margin Trading
Margin trading is carried out at the expense of borrowed assets from a broker or trading platform. By providing the site with collateral, you can borrow from the trading platform in Bitcoins and sell them, making a profit in case of a drop in Bitcoin's price, which allows using margin trading as a hedging instrument.

For example, a crypto investor who is afraid of a drawdown of his portfolio due to the anticipated price drop may open a short position, allowing to reduce losses while the investor gradually sells his Bitcoins for USD. In addition, this strategy allows you to sell the Bitcoins volume gradually and don’t bring everything to the stock exchanges from cold wallets. Most large exchanges have a functional margin trading, and for example, Bitmex provides a leverage with a factor of up to 100x.

Hedging by placing conditional orders
This method of hedging allows you to calculate the maximum possible percentage of a drawdown of a portfolio with high accuracy, however, unlike the previous method, it has a significant drawback, since it requires the storage of assets in the account of the trusted platform (exchange).
Knowing the current price of the asset, you can set the level of the maximum allowable price drawdown and establish a conditional order there, which will sell the volume of assets determined by the investor in the market if the market price of the asset falls to the designated level.

Unlike classic world trading platforms, the Cryptocurrency market is in its infancy and still has relatively low liquidity, which often makes it difficult to use derivatives for hedging purposes. Also, crypto currencies have not yet been legalized in most countries of the world, and most sites that provide derivatives trading do not have licenses, which also has a negative impact on liquidity.

Ultimately, the strategies for using these tools directly depend on an individual solution to the hedging dilemma, which is the ratio of the value of the hedge and the amount of possible profit. Phenom advises all crypto investors to correctly weigh the risks of investments in crypto assets, do not forget to fix profits and, of course, minimize possible drawdowns of the portfolio through the use of hedging strategies described in this article.

hedging cryptocurrency crypto exchange risks
3년 전 by phenom61
$0.04
21 votes
댓글 남기기 3
Authors get paid when people like you upvote their post.If you enjoyed what you read here, create your account today and start earning FREE STEEM!
STEEMKR.COM IS SPONSORED BY

nice Project, An active and promising project that provides a lot of useful information for investors.