When I looked around Hwangryongsa temple, I realized that I didn’t visit the museum for Baekje Kingdom. As soon as finishing my job in Seoul, I ran into Gongju city where the museum was located in.

As soon as entering into the museum, I could see stone Buddha sculptures and Pagodas on the ground of the museum. 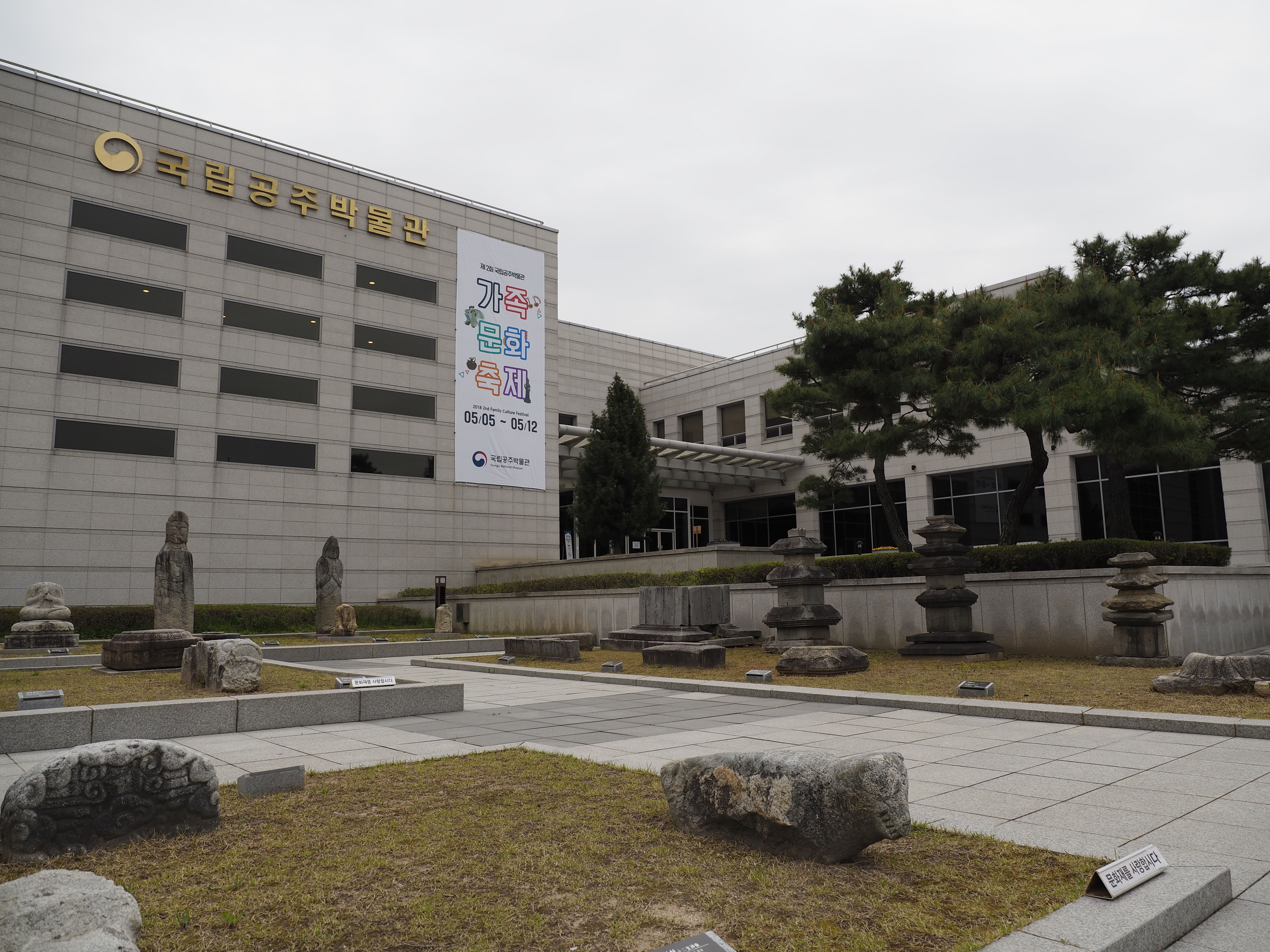 We lost our history of the most advanced culture in Korean Ancient World.

It was curious the pagodas and the sculptures looked not so delicate as that of Baekje dynasty.

Below were the pagodas made after the collapse of Baekje dynasty. 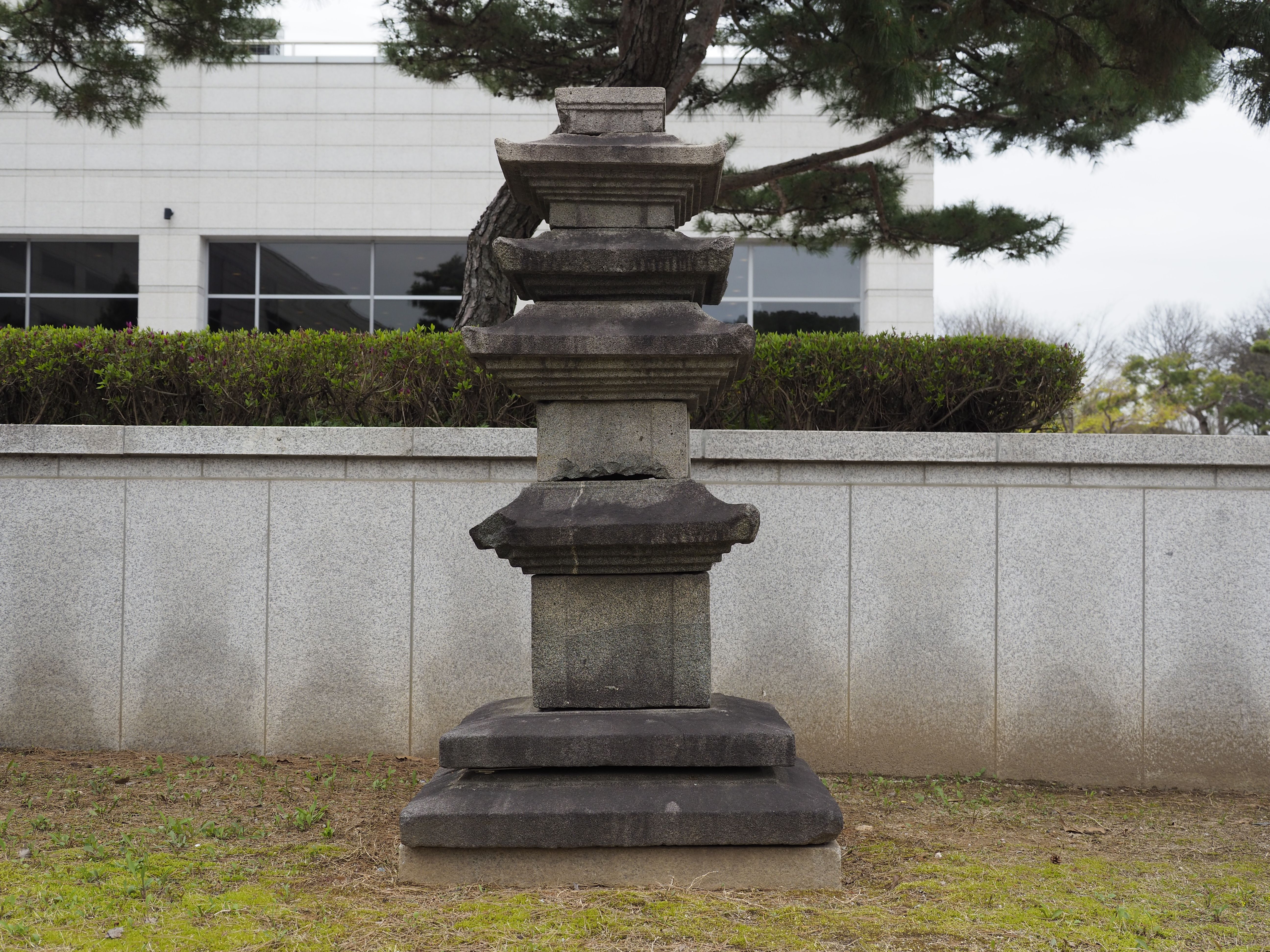 There were animal sculptures with near the pagodas. 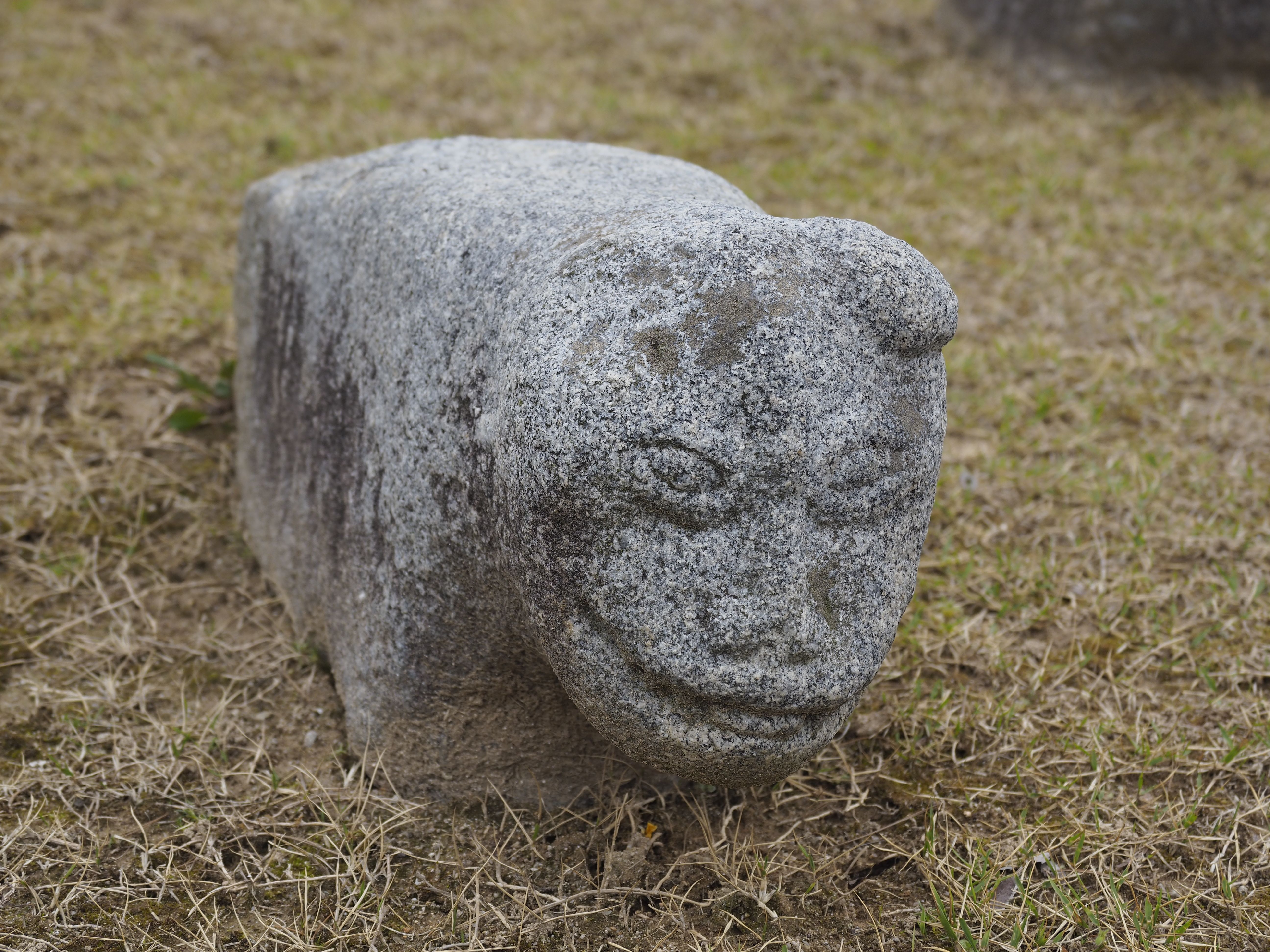 There were stone Buddha sculptures in various pose. I heard that each pose had it's particular meaning. 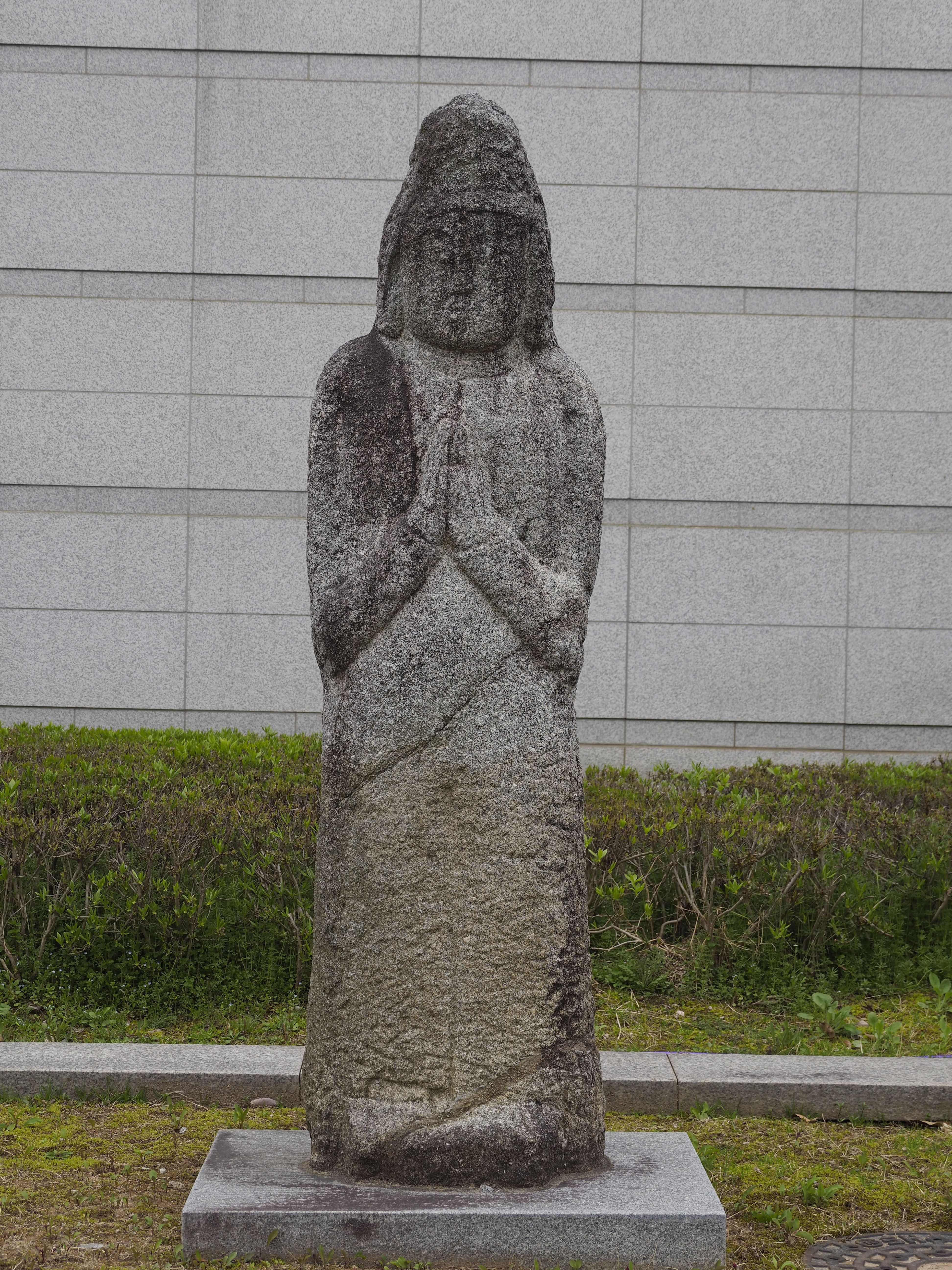 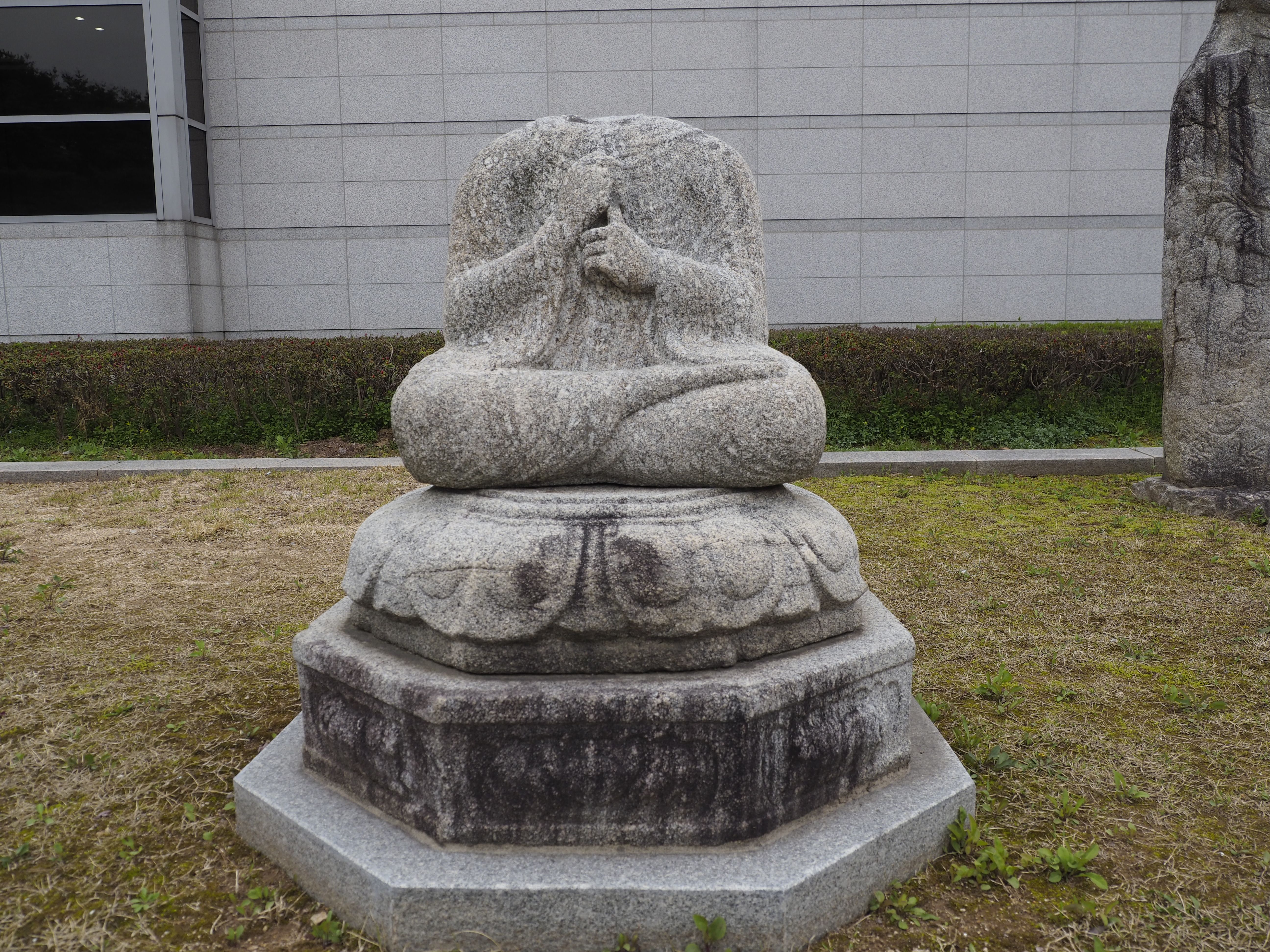 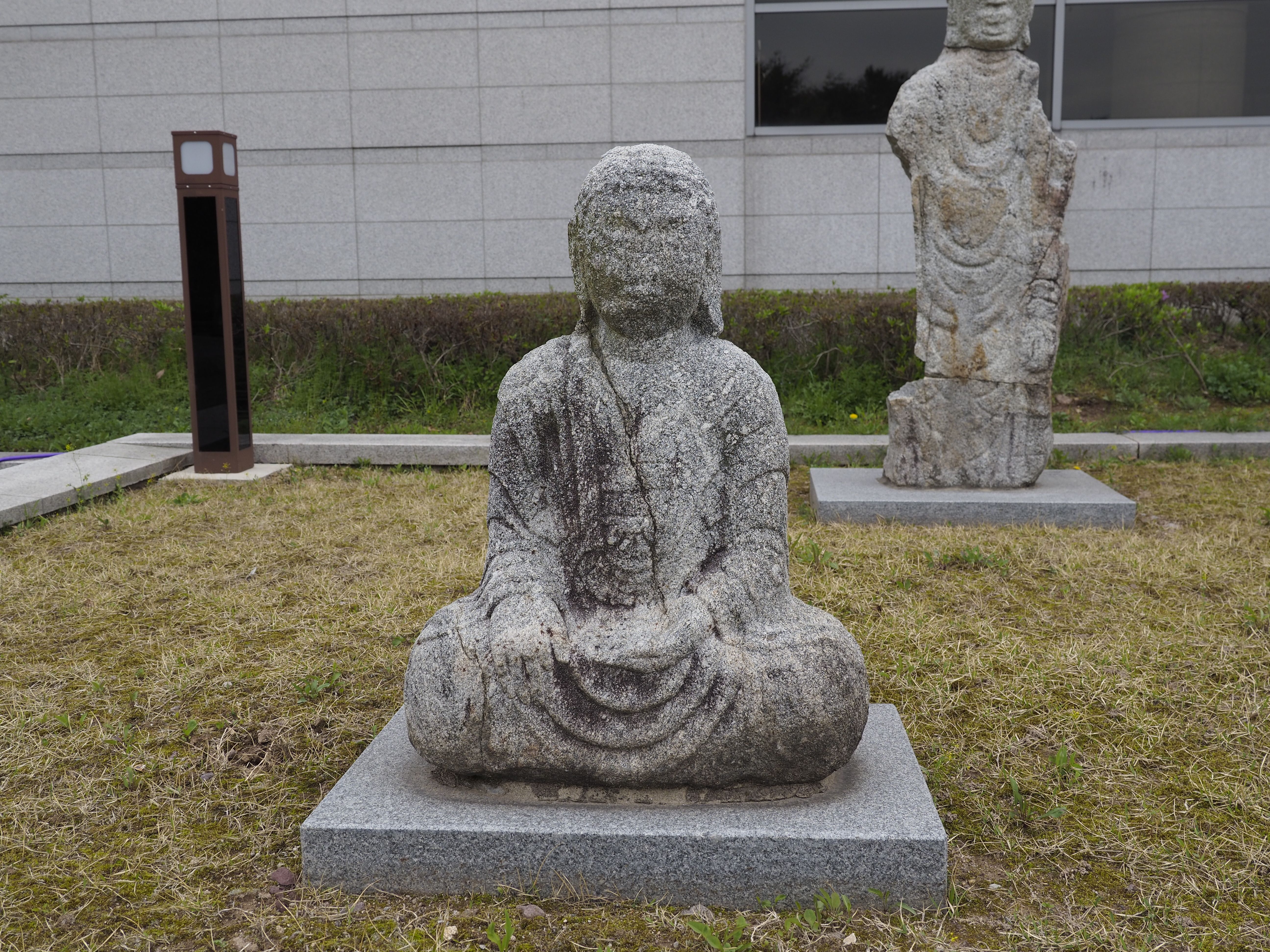 Below was the decoration of the background lights shedding from Buddha. 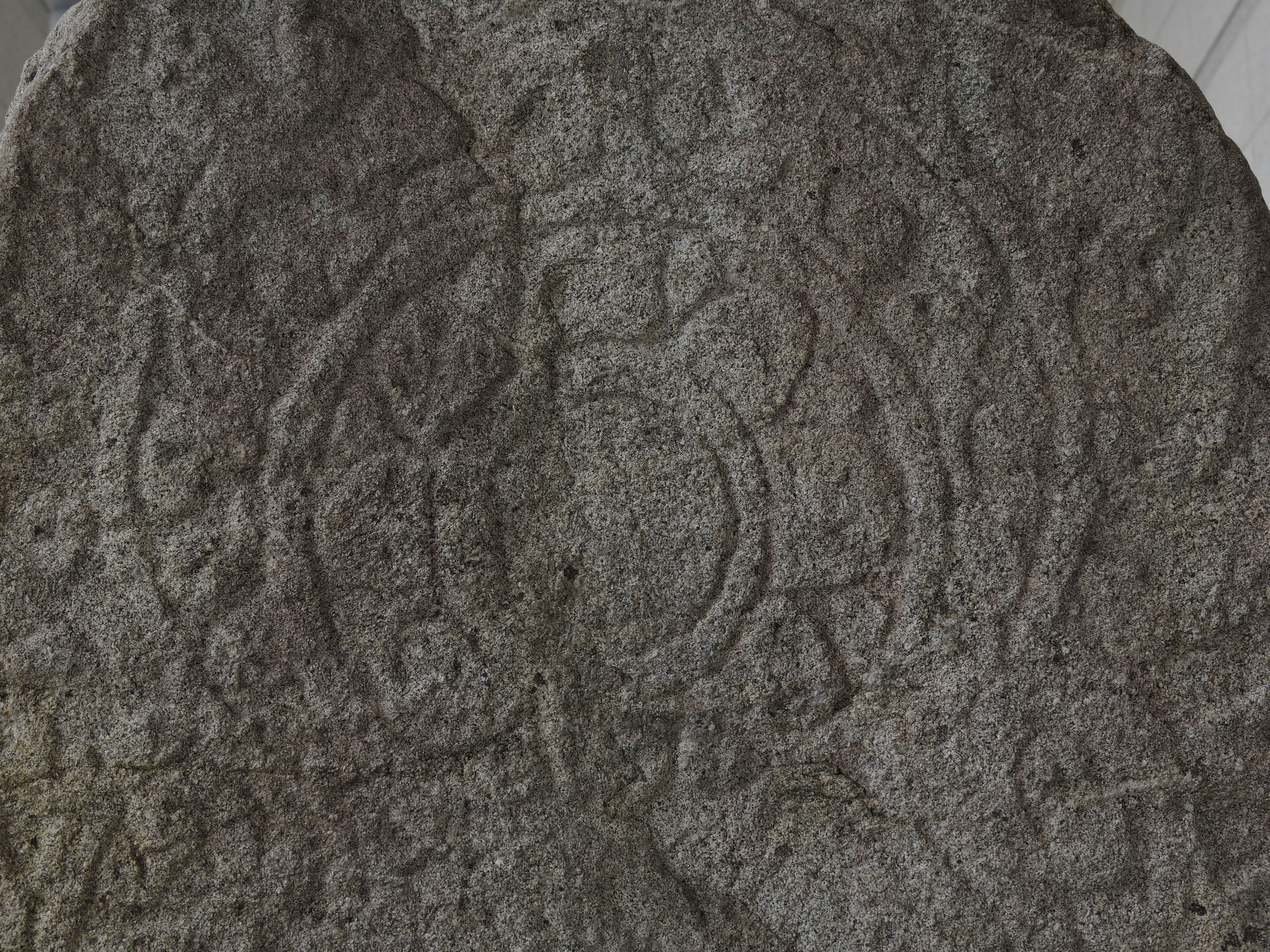 There were 2 Buddha sculptures made in Goryeo kingdom which had been created after the collapse of Shilla kingdom. 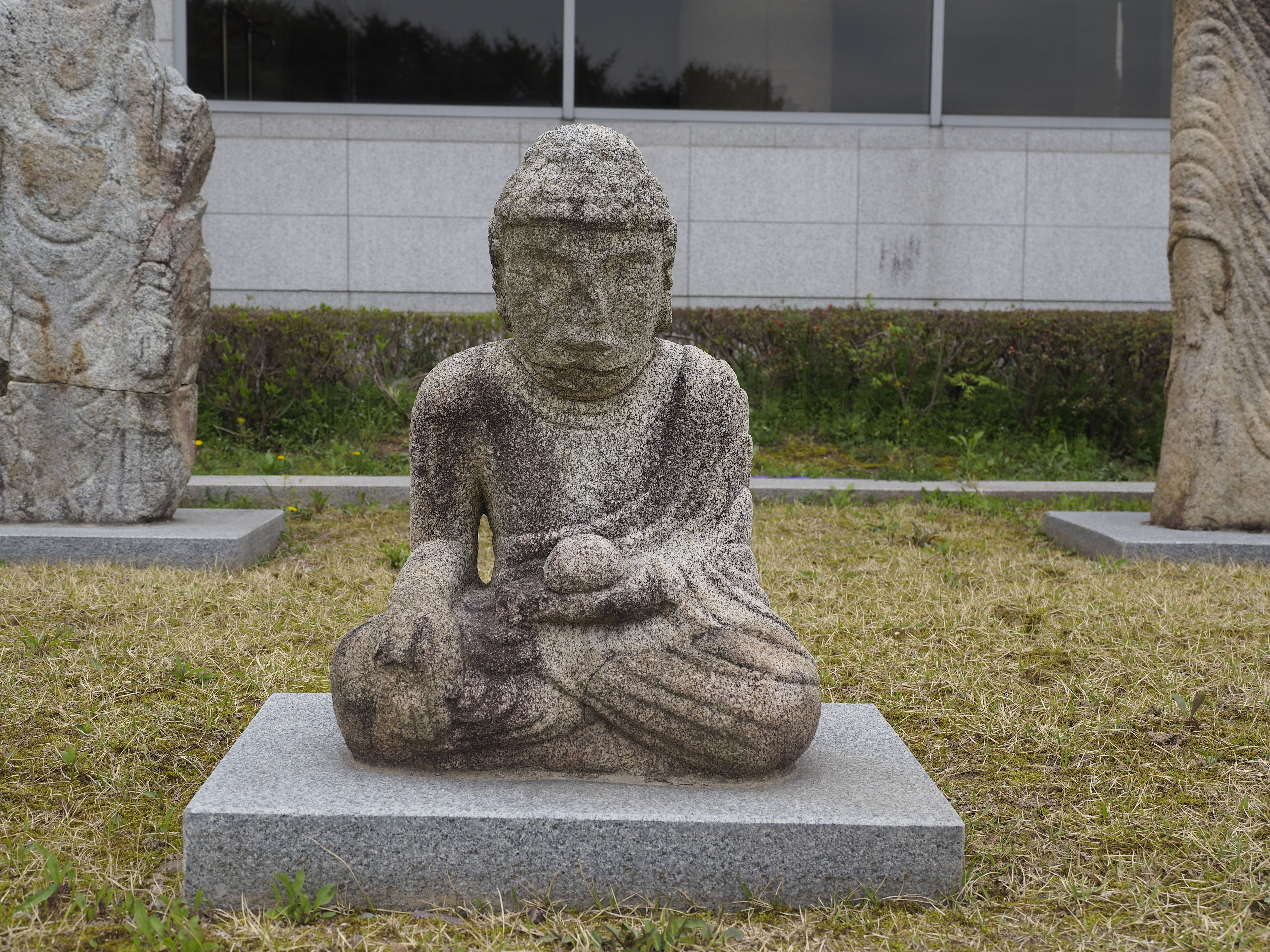 history korea photography archeology travel
2년 전 by slowwalker80
$545.07
520 votes
댓글 남기기 83
Authors get paid when people like you upvote their post.If you enjoyed what you read here, create your account today and start earning FREE STEEM!
STEEMKR.COM IS SPONSORED BY

I love this building; it's architecture is beautiful. And yes, it's sad that the sculptures and pagodas of the Baekje dynasty have not been taken care of. The pictures, though, are really nice. The sculptures look rough, but you captured them well.

Although most of Buddha and Pagoda pieces were destroyed it just left what they represent which is the fervent longing of Korean people to the light that gives peace to human soul and spirit. @slowwalker

So good post mr @slowwalker.. i will to see all your post.. it is the great history from Korea

The Buddha represent the symbol of peace, his concept was finding true peace one has to explore form inside and the best way is to keep calm. when you are calm everybody else will be calm when he will come in touch with you

Oh my god, sir @slowwalker . This post is so amazing.. because I saw many Buddha statues in the middle of the city in Korea. There are also many pagodas.

Korea is a developed country, but it has a collection of sculpture art in the middle of the city.

Very ancient Korean ancestors. They have a high culture since ancient times

Thanks you very much sir for sharing.. your pos so interested for me.

Terrific Korean history of a very beautiful past. It's all illustrated by the amazing photos from Mr @slowwalker

You make a very beautiful and interesting post. We can see the Korean empire used to produce many works of art from stone carved into pagodas and Buddha statues is a great artistic result.

Thank you so much mister @slowwalker you have given us all info so we can know about the existence of ancient kingdom in Korea.

Thanks you very much sir.
I am @ajier39

It is sad that the sculptures and pagodas of the Baekje dynasty have been lost, especially since they epitomized the height of Korean art and culture.

But you miss another aspect of this sad tale - perhaps because you are too close to it.

You actually care very deeply about the past and the tremendous burden and responsibility of passing that vision on to succeeding generations. That is extremely admirable in my opinion.

Yes, I can see the rough work and crude sculpting of the pagodas arranged on the grounds after the collapse of Baekje dynasty, but I also see the care taken to preserve what remains.

I'm sure you read about the destruction of priceless art and sculpture by ISIL during its caliphate - not everyone demonstrates the humanity and appreciation of different cultures and their contribution to history.

It's refreshing to me to discover someone who really does care about such things.

Have a good day, my friend.

This time you are displaying a very good post complete with photos of historical evidence of ancient korean kingdom.

Photographs of buddha statues and stone-made pagodas are indeed very beautiful and extraordinary an ancient masterpiece made by the ancestors of Koreans.

From the relics of historical objects we see in korea shows that the culture of old korea is very high and the people have been able to make various works of art from stone carving that produce various beautiful statues.

I am very happy to see your post is very fantastic with photos that are very charming and amazing.

You have successfully published the glory of Korean culture of the past. Thank you very much sir @slowwalker for the valuable historical information in your post.

Once again thanks a lot of posts you want to make us amazed and fun.

Warm regards sir..
I am @rijalaronaceh

Amazing scluptures.. Thanks for sharing the wonderful place!

It is an upscale and exquisite temple
Excellent pictures Many of the royal tombs from the Three Kingdoms period were disturbed or destroyed, but not The Tomb of King Muryeong. This royal tomb was still intact when excavation was conducted. The royal signs and name tablets of the king and queen can still be found to determined the owner of the tomb. There are more than 4000 pieces of artifacts found with 17 of them being designated as National Treasures, now being housed in the National Museums in Gongju and Seoul respectively. When I was there, there was a small exhibition of the interrelationship between Baekje and the North Yi dynasty in ancient China. This museum is a must for any history lover. 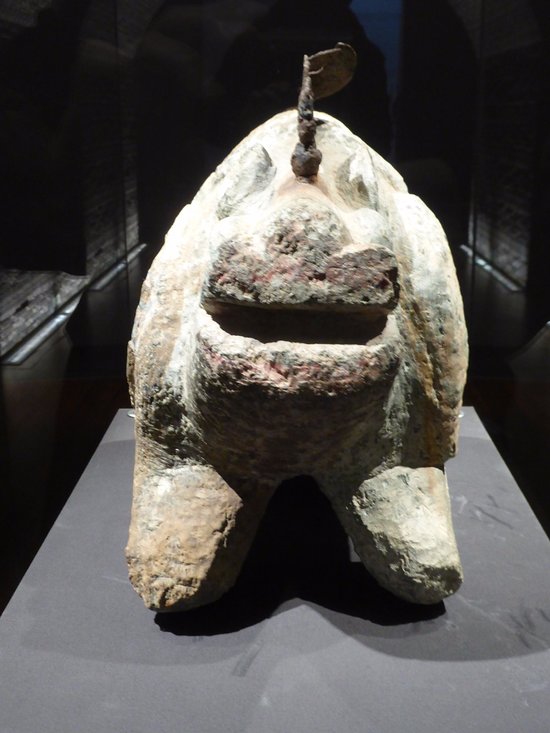 I think I visit here but when I see your picture I think I must visit here.
Amazing to look at those sculptures.I think you share many others picture like those.

very beautiful sculptures @slowwalker thanks for sharing this with your steemit friends. you are doing very good job, keep it up.

I love the sculptures its interesting how they used to make them.

I very much enjoy your posts about Korea, as I lived in Seoul for a half year. Still loving those memories... Maybe I will share some photo series of Korea soon as well. Cheers, @martinphoto

This is a great museum,And very grand.
I really like to see all museum objects

guide to set profile and background photo in steemit

Any idea how old the sculptures are? The beheaded buddha caught my eye. Pretty nice collection of history!

Very nice post @slowwalker . Lots of Beautiful budhist monastery are there in Nepal . You should definitely visit there .

Awesome budha sculpture, museum very usefull as information center to our generation about the past, thank you very much @slowwalker

Thank you for sharing the photo of the pagoda and the budha statue in Gongju. I was interested to see a picture of an animal statue. There must be meaning behind the statues. Thanks @slowwalker

History is in blood @slowwalker. it can never be forgotten sir.

Thank you for introducing Korea's history and culture. You're doing a great job. I always cheer you up.

in Asia lot of Buddha statues exit there, do come if you can
upvoted

It's always interesting to me the cultures and their history. It's always amazing seeing these statues made 100s of years ago! Great post!!

you are lucky man

It is incredible how these sculptures and pagodas are from ancient history. What do you mean when you commented they are not as delicate as from Baekje Dynasty? Thanks for historical background.

Generic comments could be mistaken for spam.

posting is very good, I love with your post
@moneysteemit

Thank you for sharing this @slowwalker. Very interesting. Really unique. Btw, about 3 weeks ago I did a #FreeWalk where I just took off from my house ( here in South Texas, USA) and walked without knowing where I was going for over 2 hours. Posted it on my blog.. I ended up at this Buddhist Temple and Grounds about 1.5 miles from my house hidden in a dense wooded area. Here are a few of the shots I took. 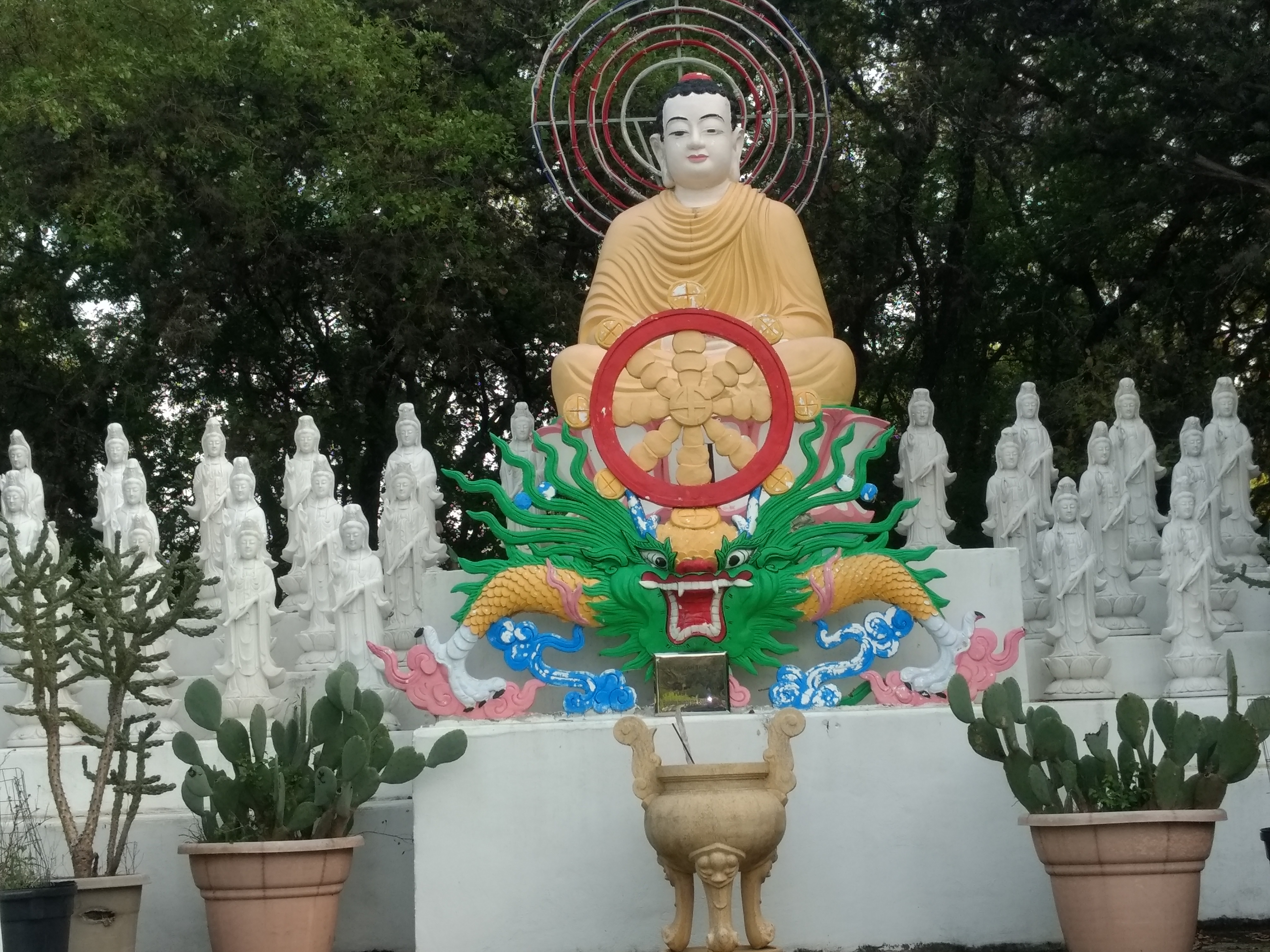 I love Korea i hope to visit one day.

good job and thanks for your hard-working.

I wish I was there to see them physically at the museum. They really look beautiful. Great post though! Thanks for sharing ;)

It is perfect job on your side to have showcase these ancient art work. It looked good to my liking. Nice images

Hey man, I have a client who wants to do some influencer marketing with major photography accounts on Steemit. If you're interested, I'd like to introduce you to them. Send me a memo or get me on Discord: yallapapi#1970

Hello, I find this pictures stunning, you get to know more about Korean history and culture with posts like this. Even myself being a buddhist, I didn't know anything about this place, so thank you for sharing.

architecture of the Korea. to city, no said. only suitable below the field

The museums in Gongju and Buyeo are about the same size, but Gongju had a much ... I also really enjoyed the rock- carved Buddhist statues and the Avalokitesvara .Great @slowwalker

Thank You for sharing your great photos. I have never seen those statues before. :)

Thank you for the interesting post, I now need to read more about the Baekje dynasty. It's very sad that artifacts and writings from an earlier age are lost or destroyed. However you include enough in your post to what any appetite for ancient history.

Excellent photography and felt nice to see all these sculptures..!!
Lord Buddha developed a technique of breathing exercise which is named as VIPASSANA.

I really like it sculpture in the museum GONGJU.postingan amazing good friend @slowwalker

the art from antiquity is so full of life!

Great shots, it seems like an amazing place to visit!

Congratulations @slowwalker!
Your post was mentioned in the Steemit Hit Parade in the following category:

Very cool. After my trip to Tokyo am heading to Korea next!!! https://steemit.com/tokyo/@heathsmith/a-week-in-tokyo

these ancient sculptures are just wonderful..

Thank you for doing such a fine job enlightenning many! 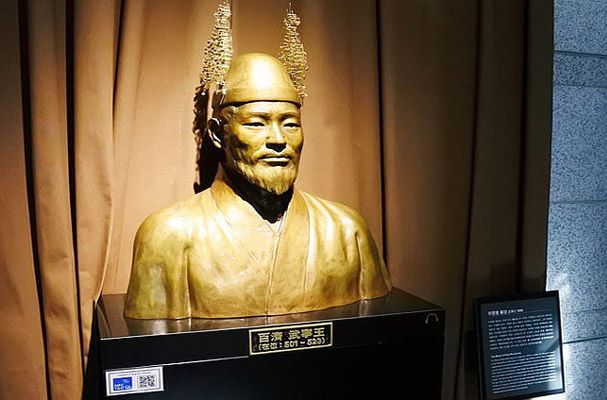