Speaking of ranking, I started at 131st. 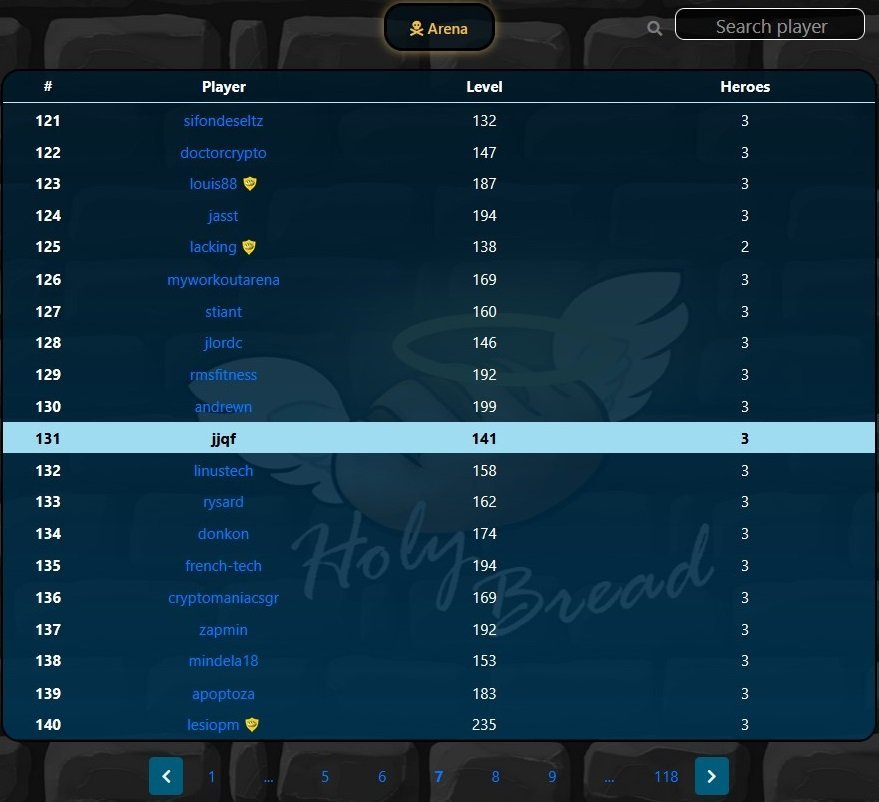 Today I was able to advance to box 117, climbing 14 positions that project me well based on my goal. Being in battle 3 times winning two of them, as far as defense is concerned there was no defensive battle. It's good to know that little by little I was able to get out of the rut and maintain the position despite the fact that these days I'm lowering the two top positions I had, since little by little I'm advancing towards my goal of going up. So the balance of positions won is located in 447 positions raised from the post number 1 of the series.

In the history of battles we appreciate that I have not been attacked and that I was in 3 battles, but to be able to go up I need to continue with the need to make a series of substantial improvements in skills and equipment as the opponents have more and more surprising levels with respect to the capacity of my heroes, but gradually as I go out in the coffers more powerful objects can make them more powerful. With this I hope to progressively surpass the rank in which I found myself so I can soon go up a little more to have a better position in that ranking. During the day, I managed to raise the experience level of Donnovan, Rosemarie and Valentine.

hive-103219 gaming steemgaming holybread battle communitycuration07 venezuela
2개월 전 via
lanzjoseg
by jjqf60
$2.28
24 votes
댓글 남기기 0
Authors get paid when people like you upvote their post.If you enjoyed what you read here, create your account today and start earning FREE STEEM!
STEEMKR.COM IS SPONSORED BY