Speaking of ranking, I started at 124th. 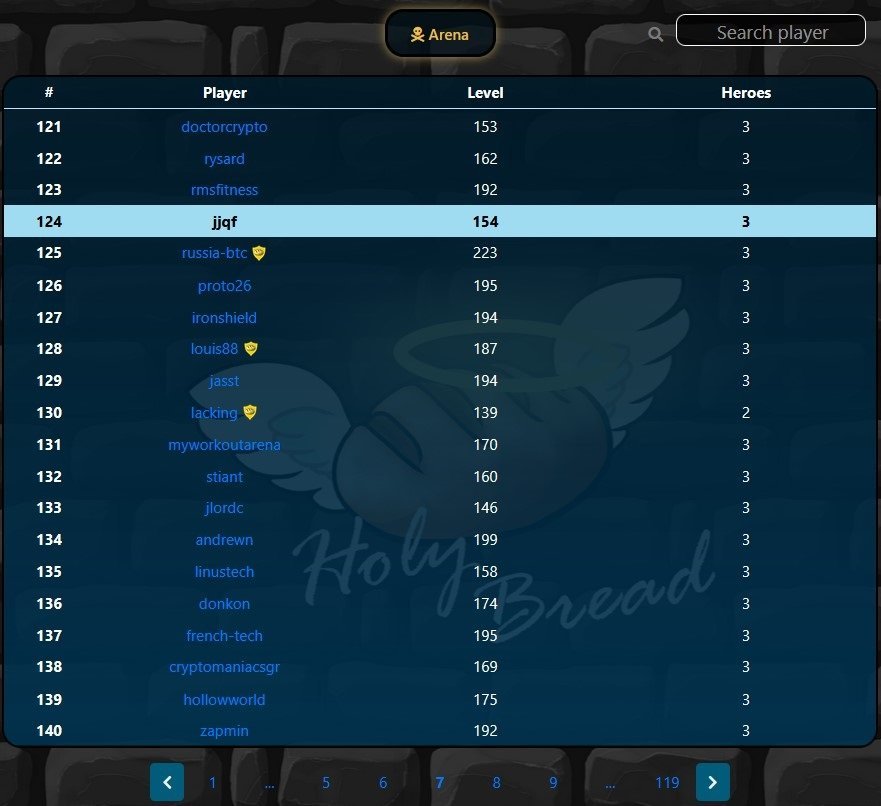 Today I was able to advance, four places to position 120. Being in a defensive battle with negative results for me. It's good to know that I was able to get out of the rut and keep the position despite the fact that I've dropped a bit from the top position I had, because little by little I'm moving forward with my goal of going up. So the balance of positions won is located in 444 positions raised from the post number 1 of the series.

In the history of battles we appreciate that I have been attacked and I lost that battle, as for my battles I made 10 attacks winning 8 of them, that shows the improvement and progress but despite everything I need to continue in the search for improvements to be able to go up I need to continue with the need to make another series of substantial improvements in skills and equipment as the opponents have more and more surprising levels with respect to the ability of my heroes, but gradually as I go out in the coffers more powerful objects can make them more powerful. With this I hope to progressively surpass the rank in which I found myself so I can soon go up a little more to have a better position in that ranking. During the day I managed to raise the level of experience to Rosemarie.

And finally I bring what were graphically the improvements to my heroes: Thank you for reading my post and for supporting them, I hope to see you soon in this series and in other posts that are on their way ✌

hive-103219 gaming steemgaming holybread battle communitycuration07 venezuela
2개월 전 via
lanzjoseg(2)
by jjqf60
$1.65
15 votes
댓글 남기기 0
Authors get paid when people like you upvote their post.If you enjoyed what you read here, create your account today and start earning FREE STEEM!
STEEMKR.COM IS SPONSORED BY