Have you ever wonder why there always enough money for War, but not enough to feed the hungry? 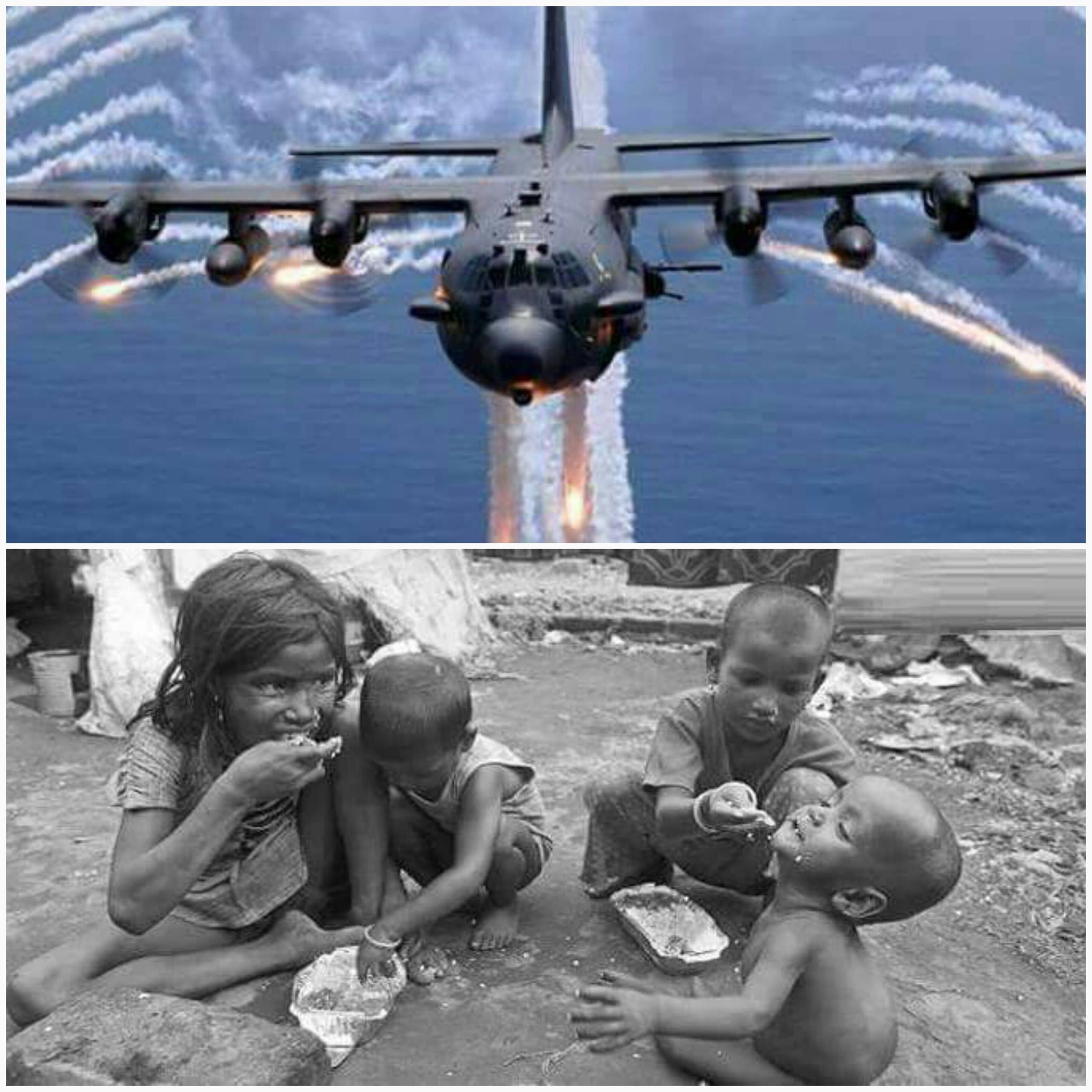 Anarchism is not just the absence of absolute freedom, nor just a state of disorder; it is also a state where irrelevant things are prioritized more than the very important aspect of human lives. Rejection of hierarchy when peace is forsaken and disorder ruled supreme.

Weapons of war and devices of mass destruction are placed high above the rights of human to live, for this reasons; Billions of dollars is spent on war and preparations of war while millions of people across the world could barely afford weekly meals not to mention daily feeding.

Imagine what this funds could do to the lives of a famished Citizens somewhere in Africa or Asia. A Soldier gears and uniform costing $1,523 USD (Chinese Army), or another Outfit and gears of war costing $17,500 USD (US ground Troops); either of this prices is enough to sustain some families for months on a well nourished diet and pay for their medical bills.

Below is a chart showing how much some of this Weapons of war costs and how it could have impacted some lives around the world if the Funds are used to help developing nations.

COST OF WAR AND PREPARATION FOR WAR

Taking some countries as a case study, in contrast to the above Graphic illustration of how much this weapon of war costs; Burundi, East Africa Tops the List of Most Hungry Nation from a 2013 survey: 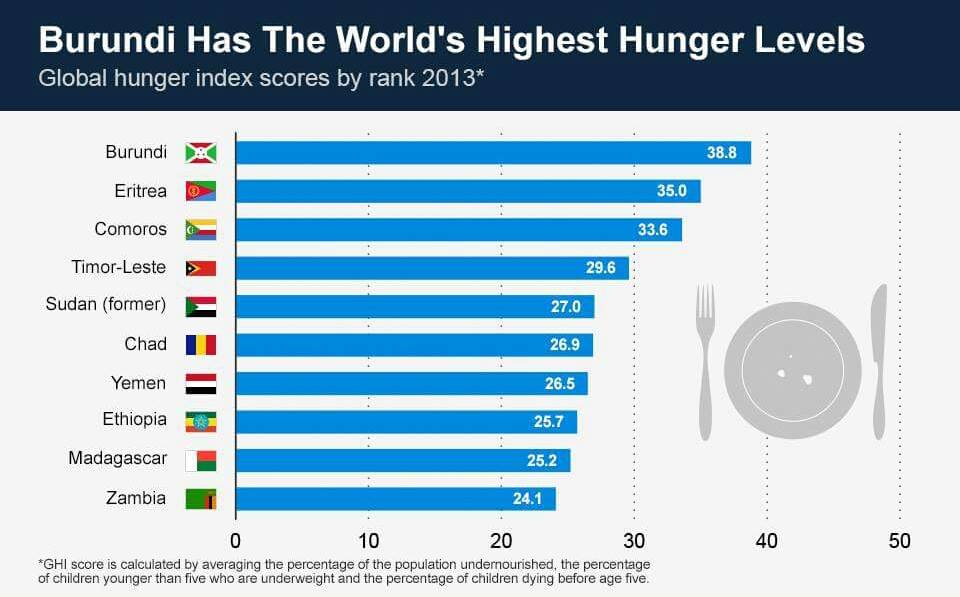 A country with a GDP of $7.892 Billion USD, and with population of about 11.18 Million (World Bank Stats 2015). With a little mathematical skill; one Gerald R. Ford Class Aircraft carrier (13.5 Billion USD) could ease this country and topple it off that Top spot on the list of hungered Nation of the World if the if such amount could be pumped into the Economy of Country. Do you know how many Children and family that will be fed and nourished back to Good Life?

Since when does the Devices of War becomes more valuable than human lives? If the world is at peace, no Country needs spends so much on preparations for war, maybe Billions of Hungry Souls could be fed even if it is but one meal per day!