Literature, as we all know well, does not provide solutions, but rather a puzzle. He is able to tell a story to profess the infinite complexities of an ethical question, and gives us a feeling of acquiring a certain level of perception in which we better understand the world.

The book “The Little Prince” is one of the novels that Manghwell intended with these words. Let us examine together the most prominent meanings contained in the pages of this novel.
How does childhood fall from us?

The main idea around which the text of the novel is centered is: “the gap between children and adults”, that is, how “adults” who were once children leave behind childhood, become strangers to it, and grow up with it forever, which creates a deep chasm between them and children.

Antoine de Saint-Exupéry tries, through this text, to remind adults of the features of the childish personality, that they may reclaim something from it, and in this regard focuses on the following points:

Imagination:
The writer faulted the adults for losing their ability to "imagination", so that they quickly locked themselves into square boxes, framing their thoughts, beliefs, and lives at their expense, practicing the same routine and constantly consuming the same ideas .. The writer says - acted out:

If I told the adults: “The evidence for the presence of the little prince is that he was cheerful, was laughing, and wanted a sheep. When someone wants a sheep, it necessarily means that he is. ”Then adults will shake their shoulders and treat you like a child.

But if I told them that: “The planet from which the young prince came is the asteroid B-612 ″, then they will be convinced, and they will stop asking annoying questions. So are the adults.

the dream:
At the beginning of the story, the writer tells his short experience with drawing, and how the adults did not understand his first attempts and advised him to stop scribbling and instead pay attention to “important” matters, so his journey with colors stopped. Says:

Adults advised me to set aside graphics for open or closed cobra snakes, and to care about geography, history, math and grammar.

That way, when I was 6 years old, I gave up a great painting career.
If one of these adults possessed enough "ability to dream", he would find in the talent of the child what is encouraging, and saw in him a seed of a creative artist in the future, and the matter would have gone completely different.

In most cases, the mockery of adults from the dreams of children and adolescents is due to the bad experiences and the many obstacles they passed through and put down the spark of hope and possible for them .. But is it permissible to kill the dream in another person just because the dream inside you has died? 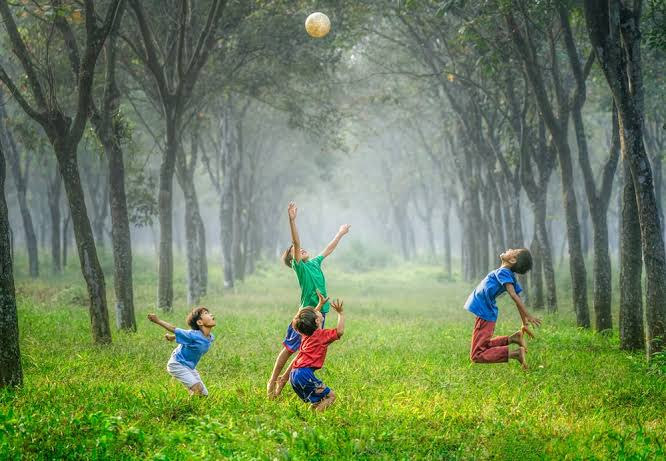 hive-148441 childhood neoxian zzan writing oc life marlians
2개월 전 via
likwid
by rajeevroy59
$0.05
4 votes
댓글 남기기 1
Authors get paid when people like you upvote their post.If you enjoyed what you read here, create your account today and start earning FREE STEEM!
STEEMKR.COM IS SPONSORED BY