In England there are many beautiful grand houses dating back to a few hundred years ago that are open to the public. Visiting them, takes you back to yesteryears granduer, and you can try to imagine how the aristocrats lived in those days. Today I am going to take you to Basildon Park. 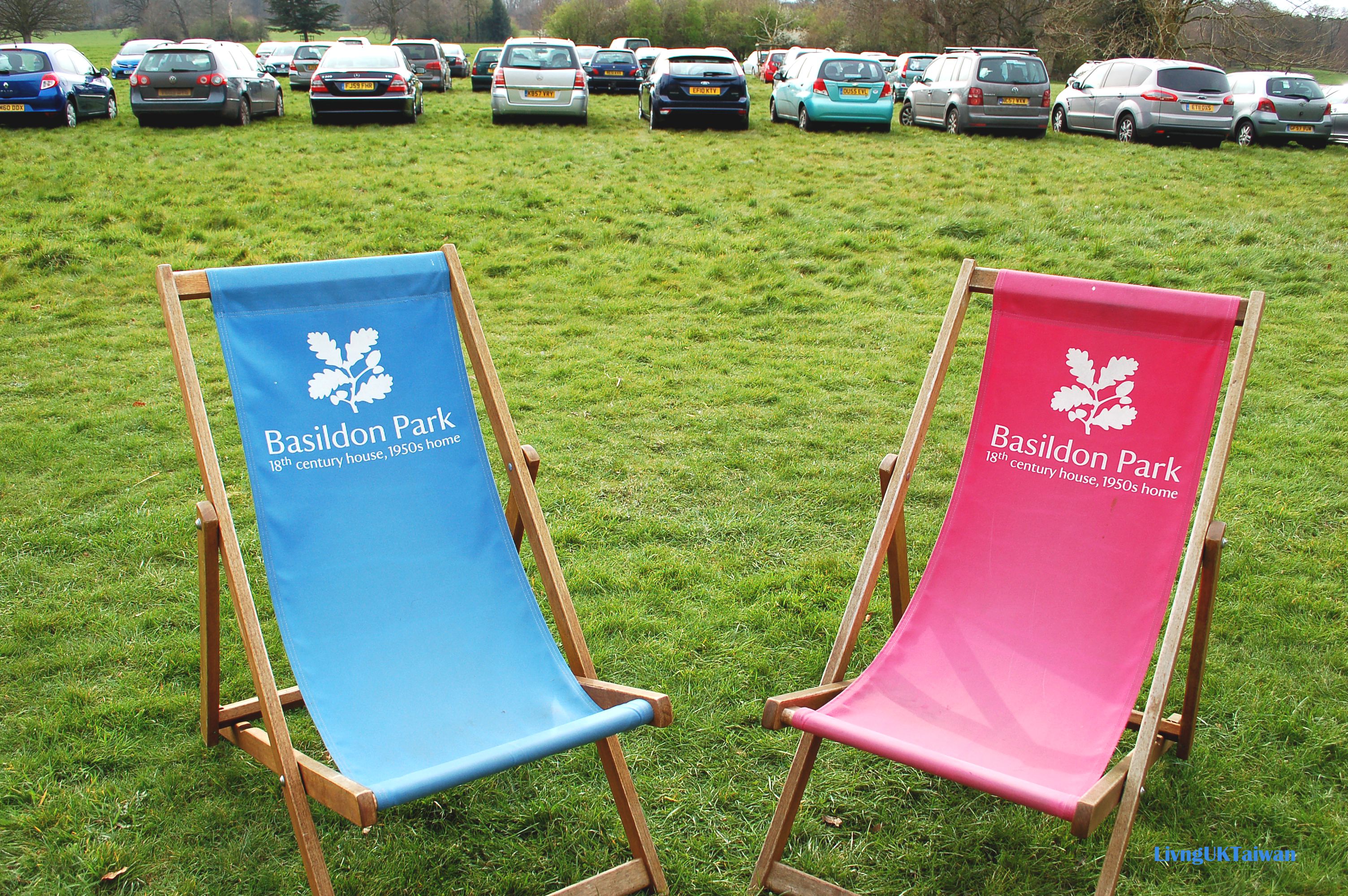 If you are a Downton Abbey fan like me, this house may look familiar. It was actually used as the setting of Lord Grantham's house in London. If you've never watched or heard of Downton Abbey before, never mind, I hope you still enjoy the tour. 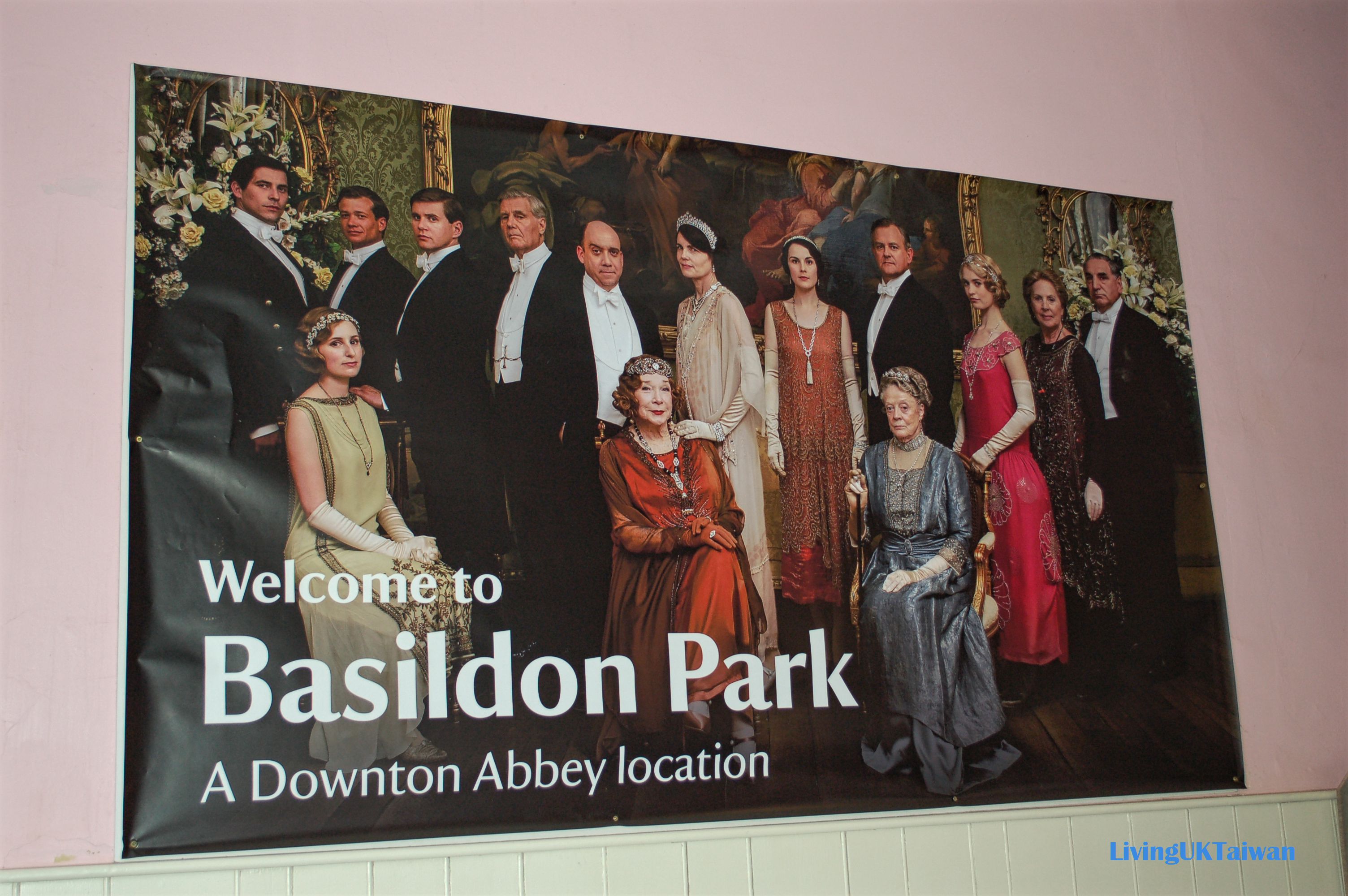 Compared to many of the other grand houses in UK, Basildon Park, or rather the actual house itself isn't very large, but the design is magnificent. The house was built between 1776 and 1783, in a Palladian style. Palladian architecture is based on ancient Greek and Roman temples, with emphasis on symmetry and mathematical proportions. By the 1950s, Basildon House was restored to its former glory, and later donated to the National Trust , a charity organisation in UK that manages many historical buildings. Many of National Trust's buildings are donated to them by people who have inherited the property but cannot afford the ongoing maintenance. Others donate their property to The National Trust as they have the expertise to manage and preserve it for the future generations to enjoy.

The main house was never fully completed, and during the years it passed through several owners. By the beginning of 1910 it stood empty and the British government used it as a convalescent home for those injured fighting the First World War.

When arriving at Basildon Park you will come up this grand gate and driveway, and through its 162 hectare parkland. I went at the end of March which is still spring time in England and daffodils are in full blossom. 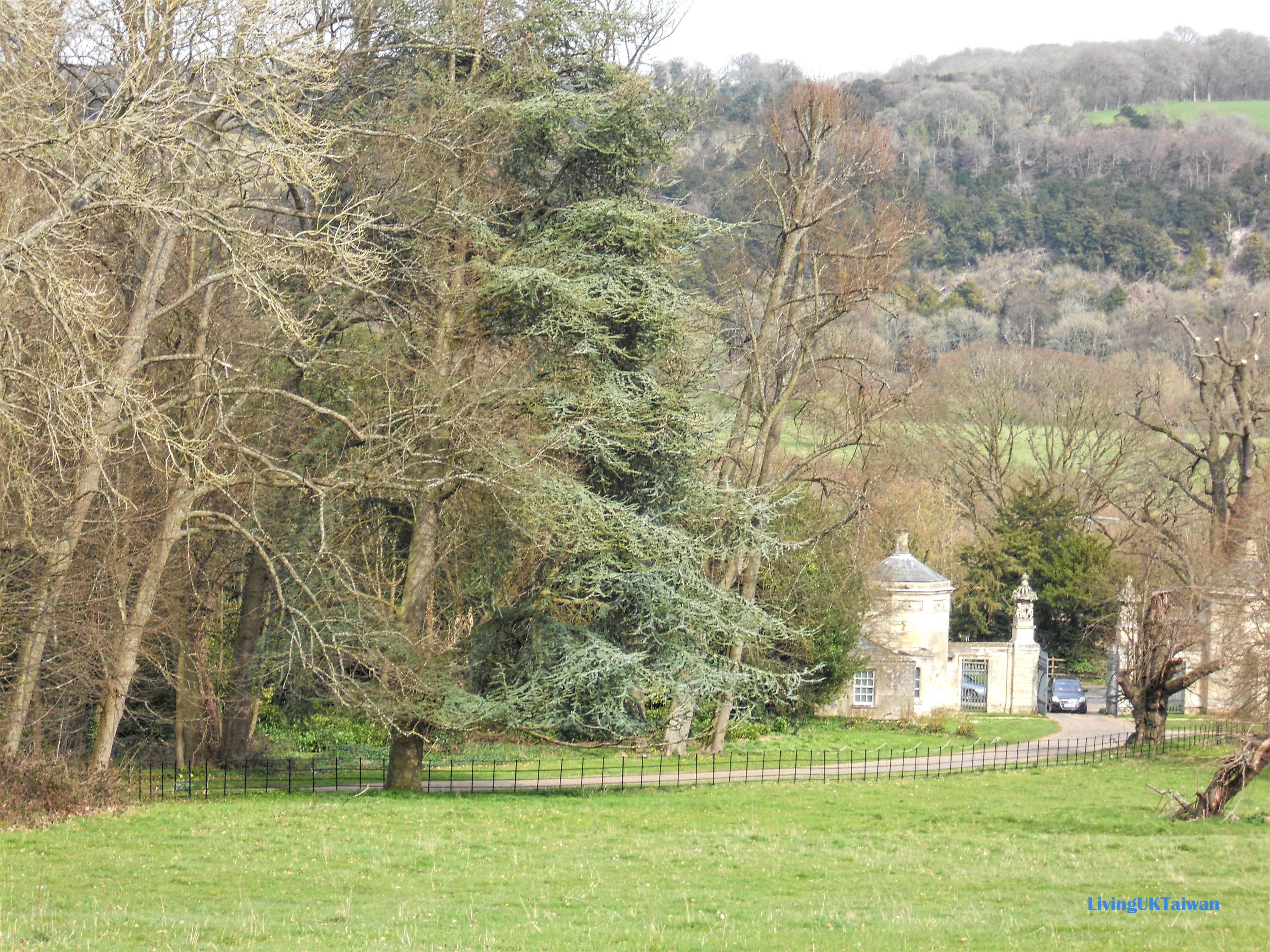 Basildon House has three floors, and is built as three separate blocks. However it is cleverly designed so that it seems like one big house from the front. 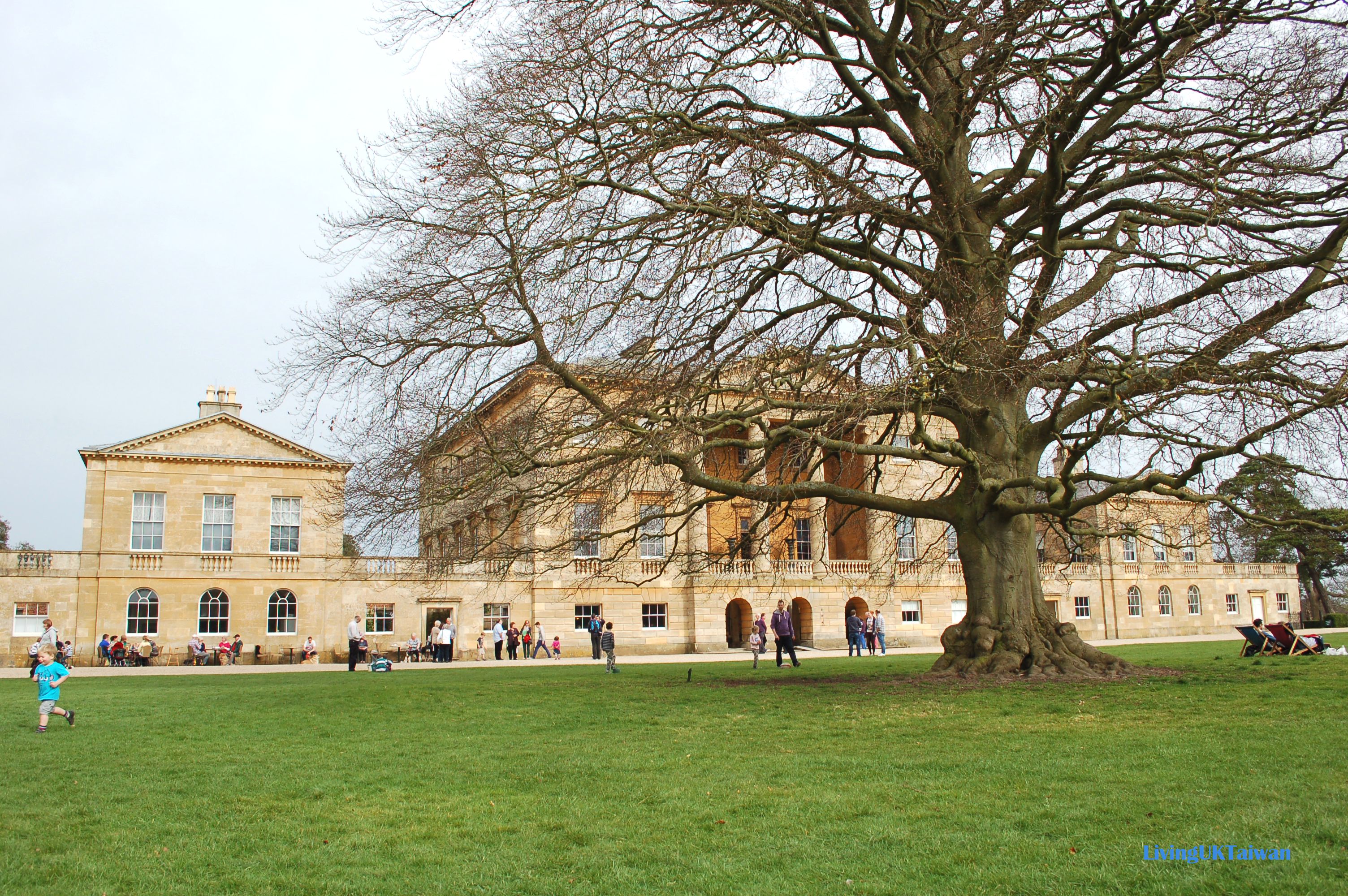 This is Staircase Hall and is located at the centre of the house. The staircase takes you up to the next two floors and there is a gallery which goes around three sides of the house. There's an elegant yet simple chandelier hanging from the center of the Hall which drops all the way down to the first floor. I could almost imagine the aristocrats coming in and out of this Hall. 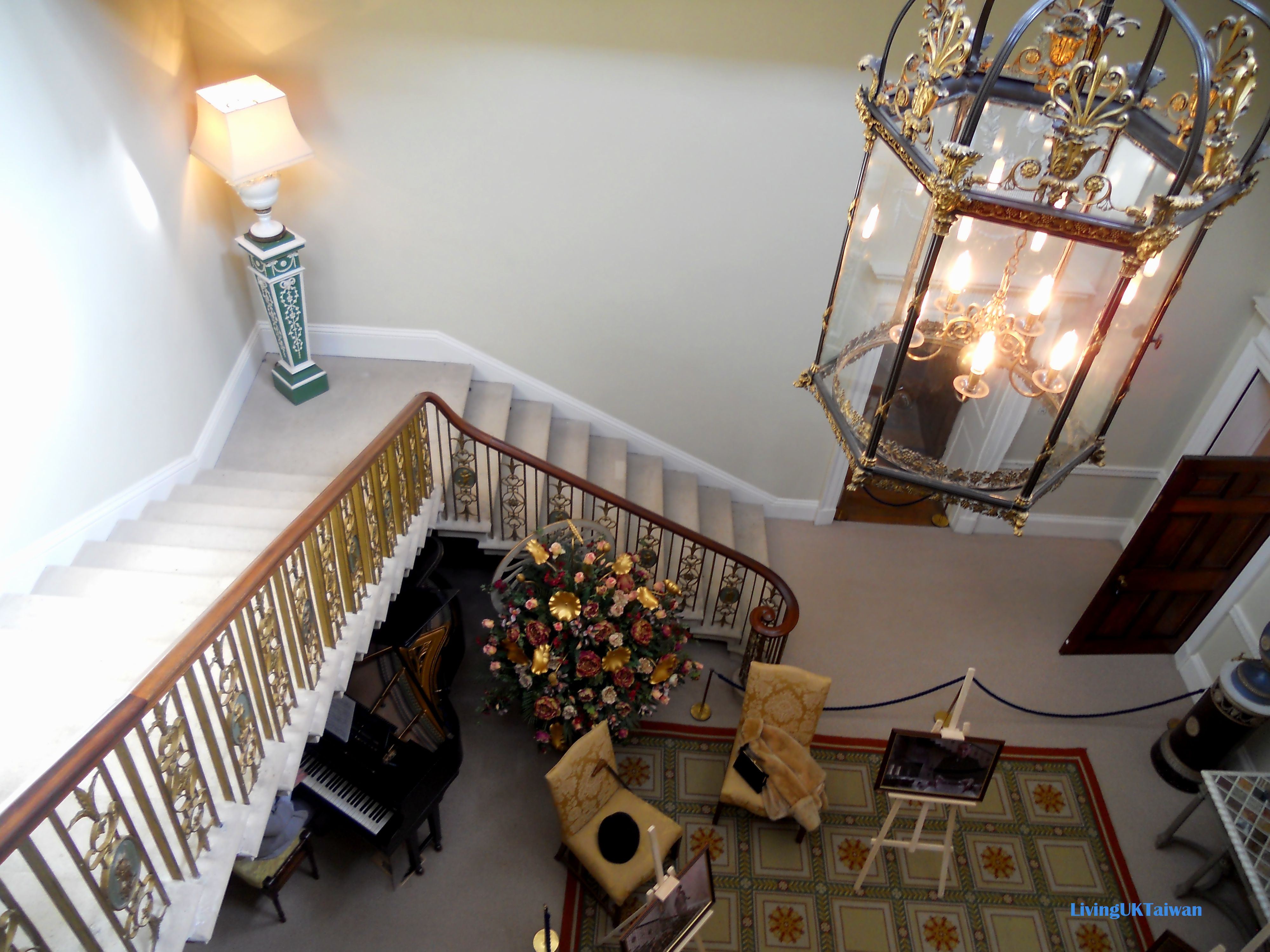 On the ground floor, there is a grand piano, and one of National Trust's many volunteers was playing some beautiful music on it. Close your eyes and you could almost imagine yourself dancing in a ball with the aristocrats (sorry, I've been watching too much Downton Abbey!) This is the Library and would have been one of the main rooms used by the Lord of the house. 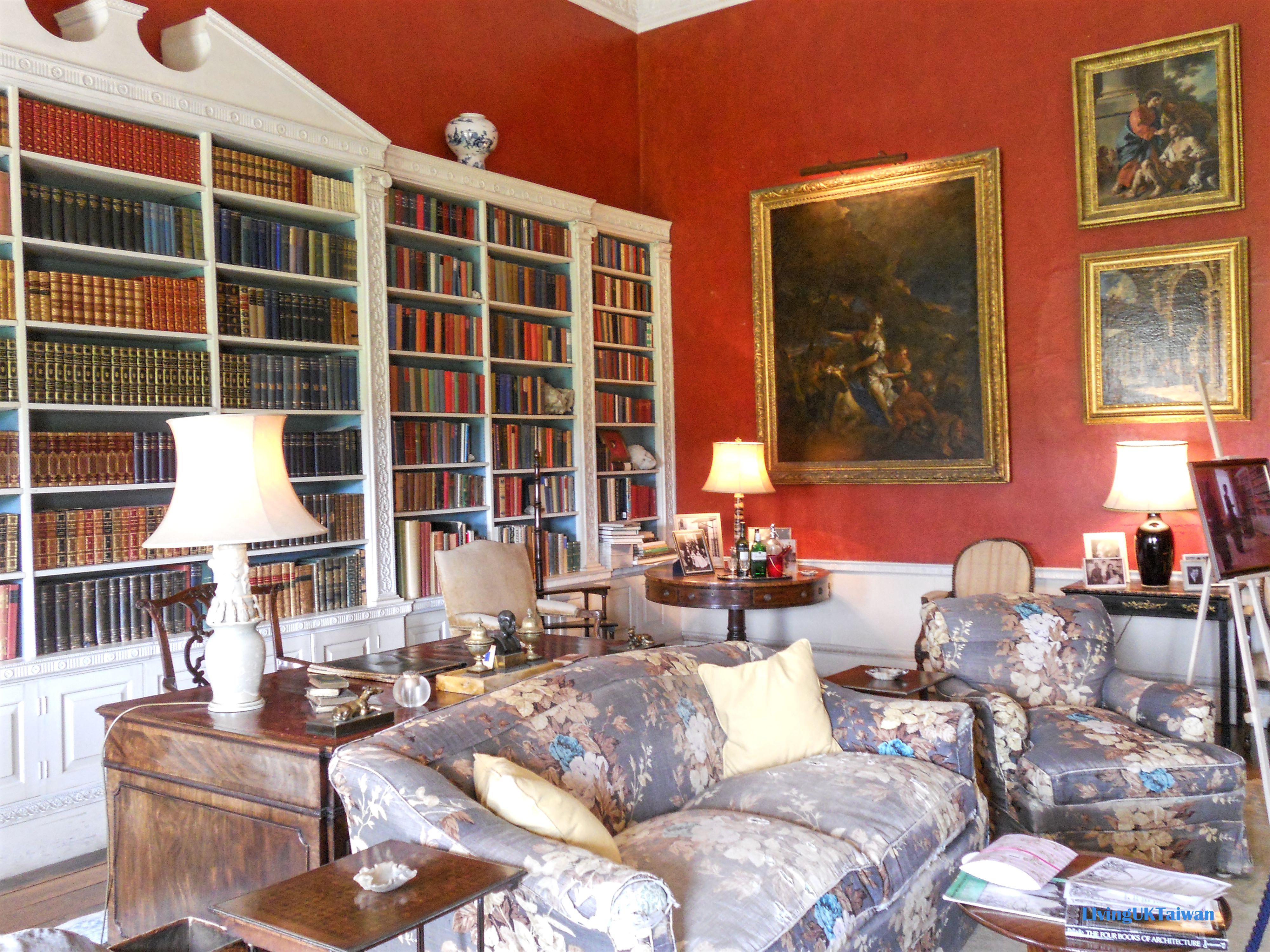 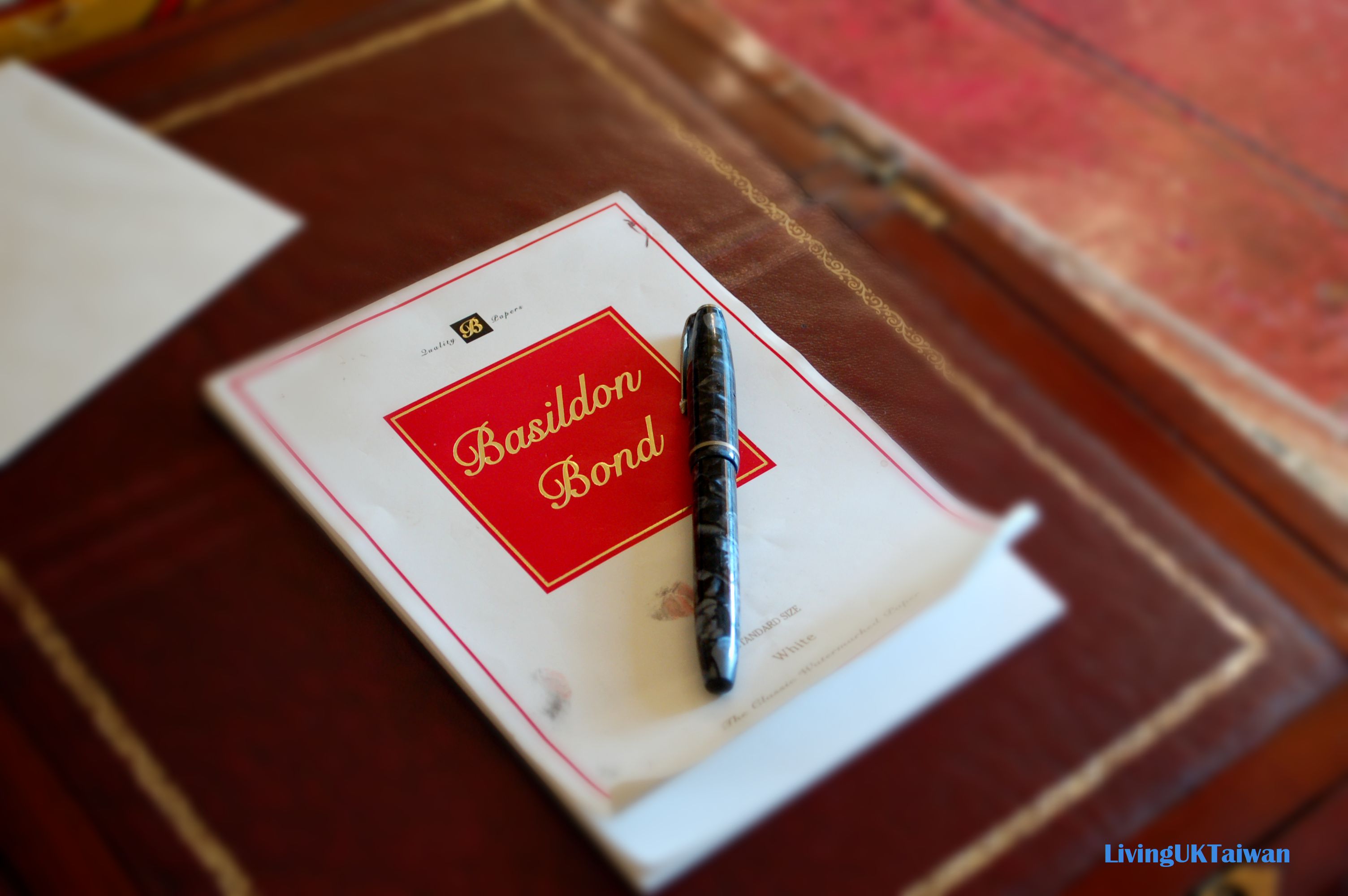 In the old days, often the male and female owners would have their separate areas in the house. Here, the Lady's living room has a much softer and feminine ambience. Even the convenience next to it has a very modest touch. 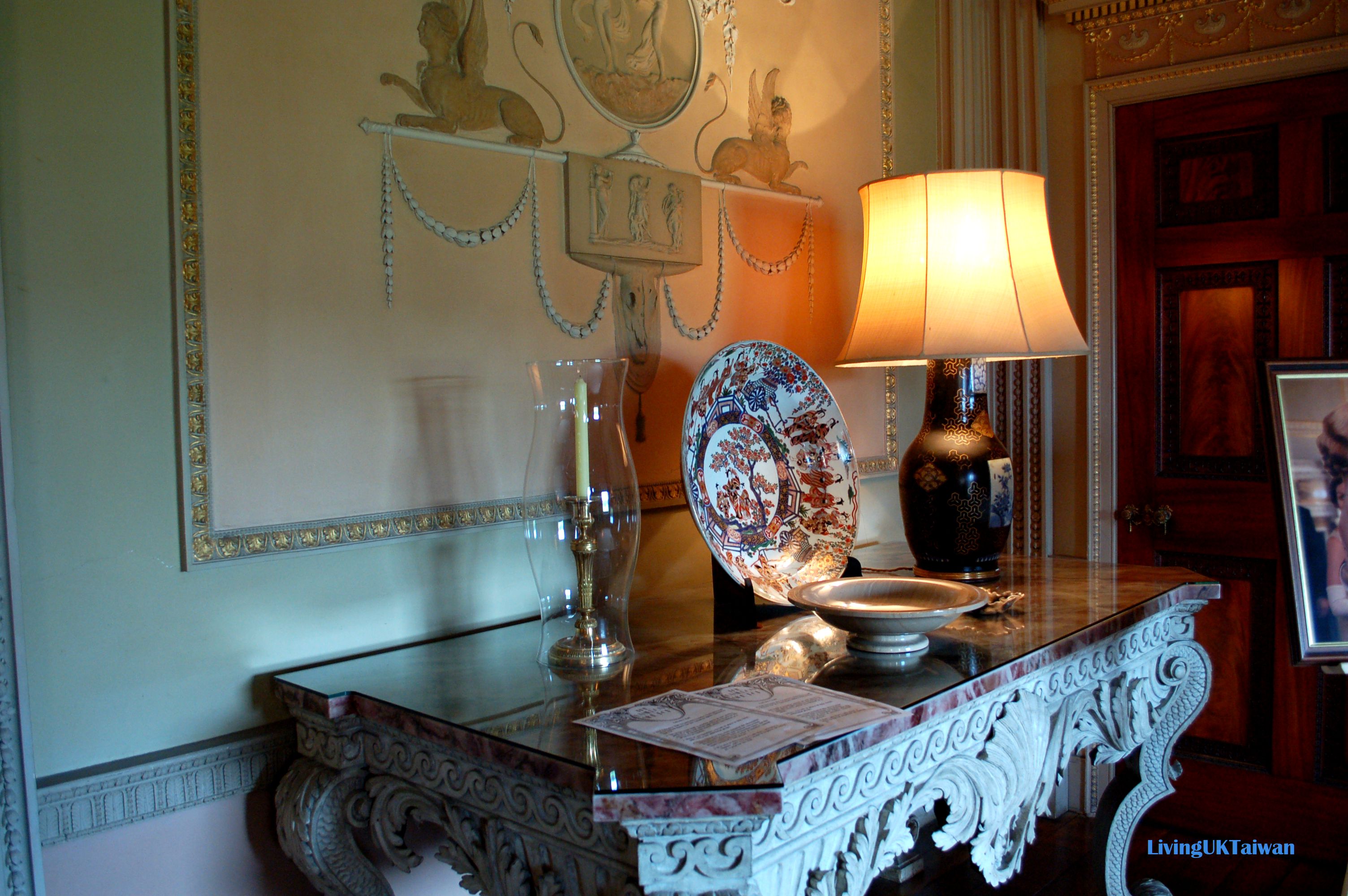 One of my favourite room in the house is the kitchen. When the house was restored in the 1950's the kitchen was completely modernised. The food mixer you see you would have been state of the art equipment in those days. 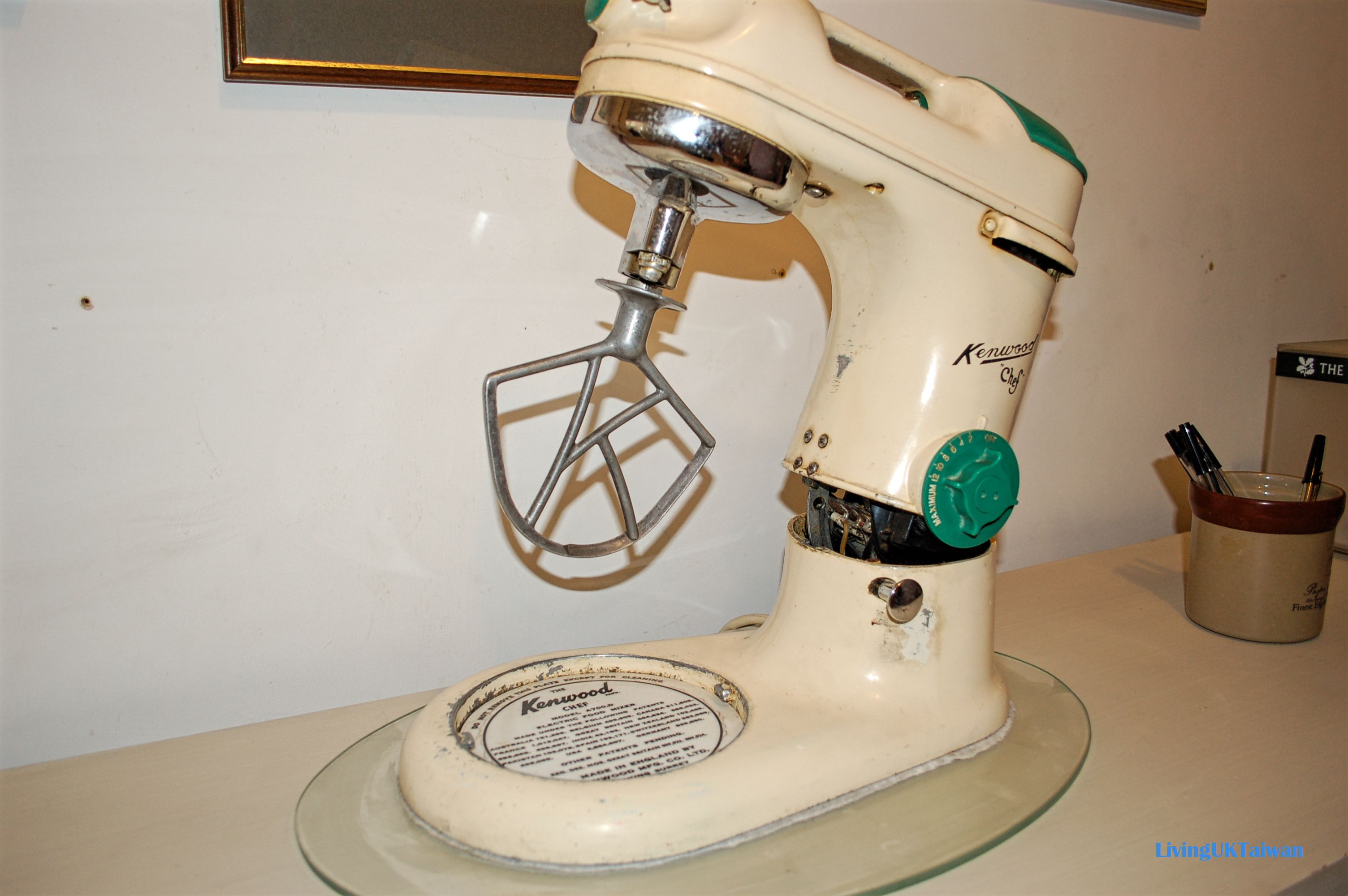 And look at this clever little gadget. Can you guess what it's for? It is a pastry cutter. If you roll it along a strip of pastry, it will cut out little pastry discs. Clever!

After we visited the house, we went for a walk around the parkland. There are four different routes ranging from 20 minutes to 2 hours walk. Since we were running a bit late that day, we just did a short walk before we left. If you get a chance to visit Basildon House, don't forget to try their English afternoon tea before you leave. 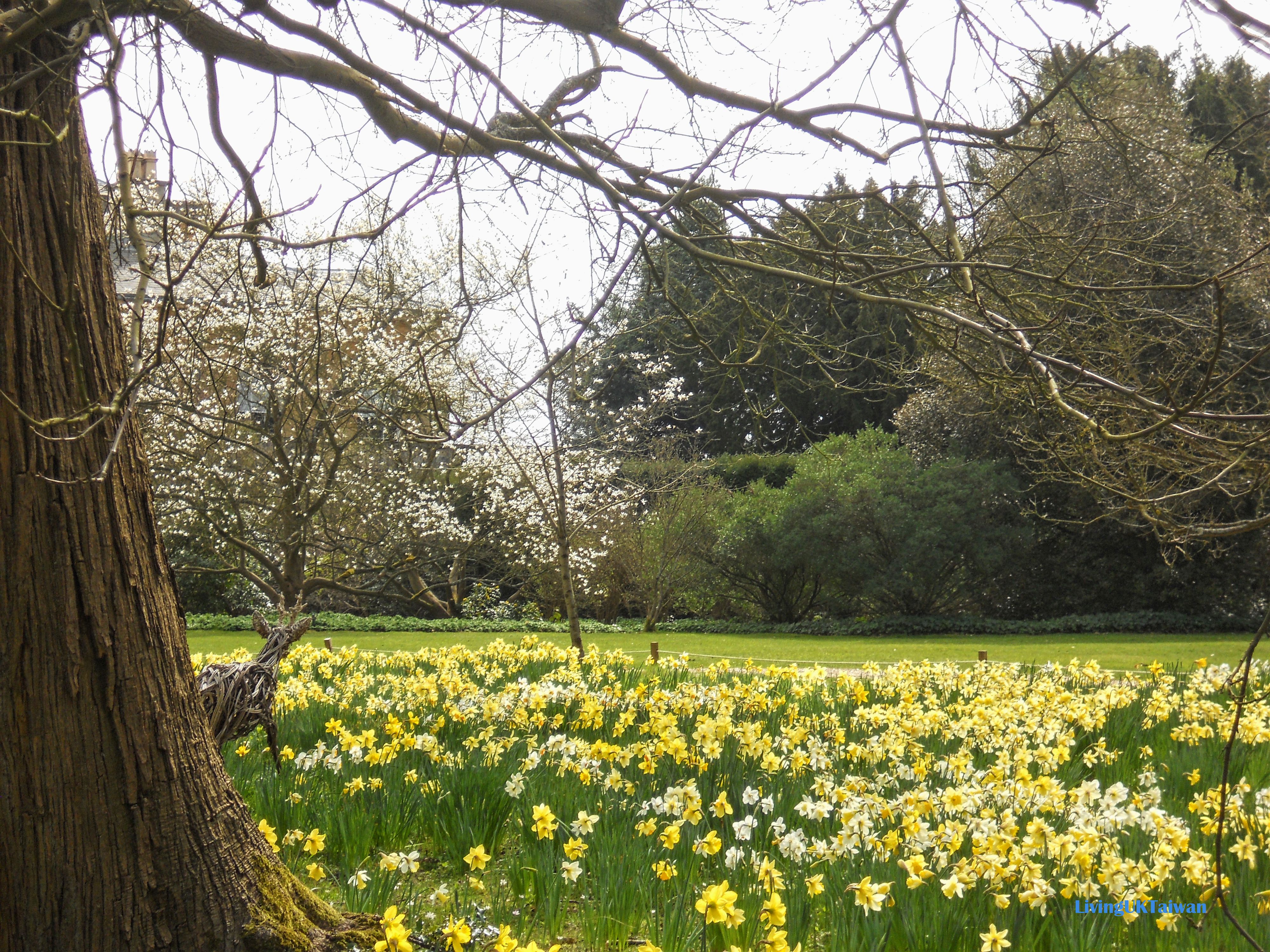 Basildon House is located at Reading, 64km west of Heathrow Airport and takes about 1 hour to drive from Heathrow.

hive-174578 travel cn cn-curation palnet creativecoin flashback
작년 by livinguktaiwan74
$5.28
189 votes
댓글 남기기 3
Authors get paid when people like you upvote their post.If you enjoyed what you read here, create your account today and start earning FREE STEEM!
STEEMKR.COM IS SPONSORED BY

Congratulations @rycharde, you successfuly trended the post shared by @livinguktaiwan!
@livinguktaiwan will receive 6.75400275 TRDO & @rycharde will get 4.50266850 TRDO curation in 3 Days from Post Created Date!