Christchurch on the mend (Revisiting travels)

Christchurch was the last stop on the south island during my New Zealand trip last year and was totally different from the natural beauty I had seen in New Zealand so far . 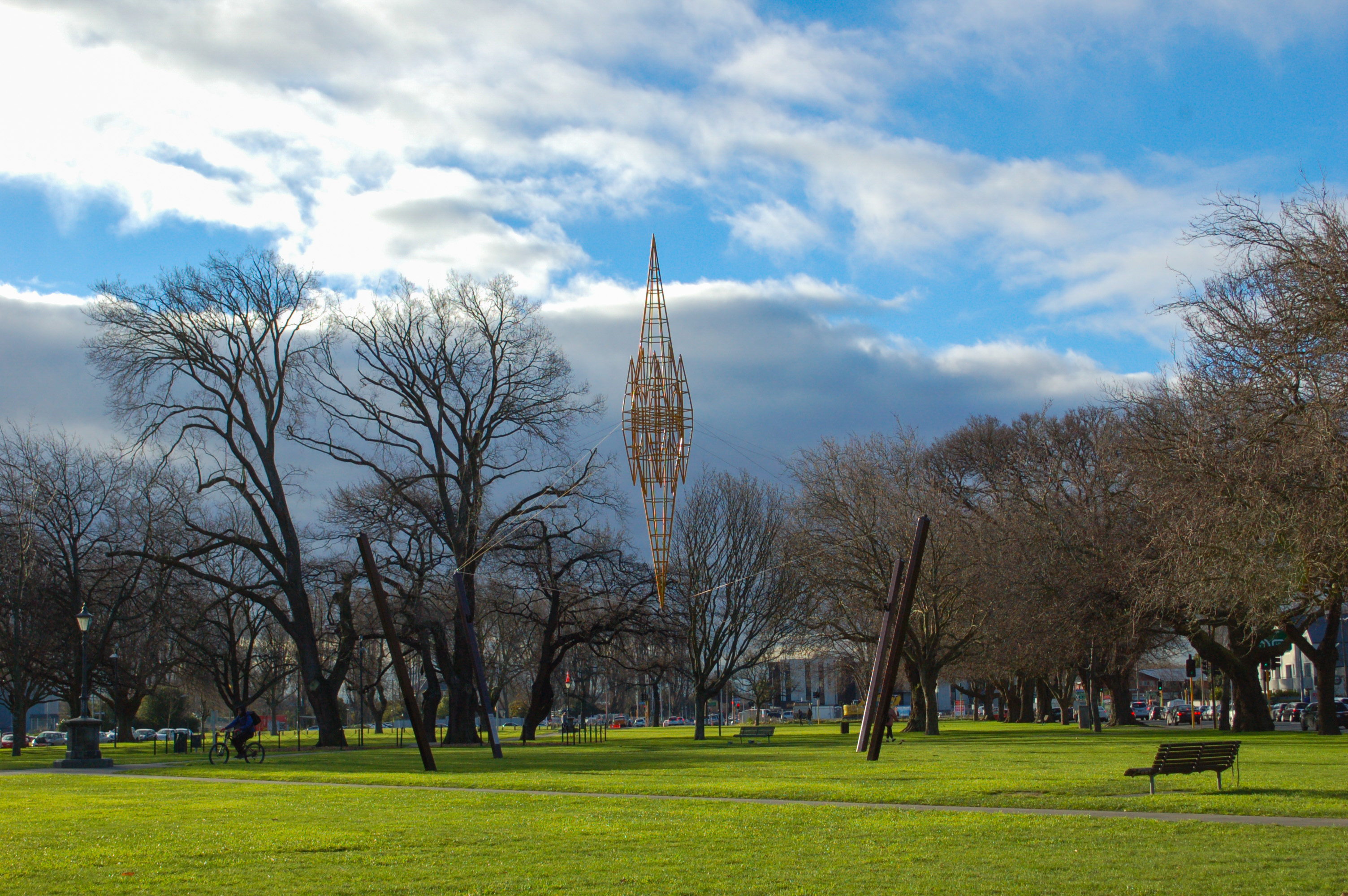 I knew that Christchuch was still recovering from an earthquake but I didn't know exactly what and when it happened. After a bit of research, I found out that in September 2010 there was a 7.1 magnitude earthquake that caused widespread damages but fortunately no casualties. Six months later in February 2011 another earthquake measuring 6.3 happened during lunchtime killing 185 people this time. Seven years on, the city is still on the road to recovery. My first impression of Christchurch was a bit like the aftermath of modern day apocalypse. A city with a mix of modern buildings and quite a few derelict ones. Cargo containers were a common sight. For a country's second largest city, you would expect to see more traffic around on a Friday, yet it was rather quiet. 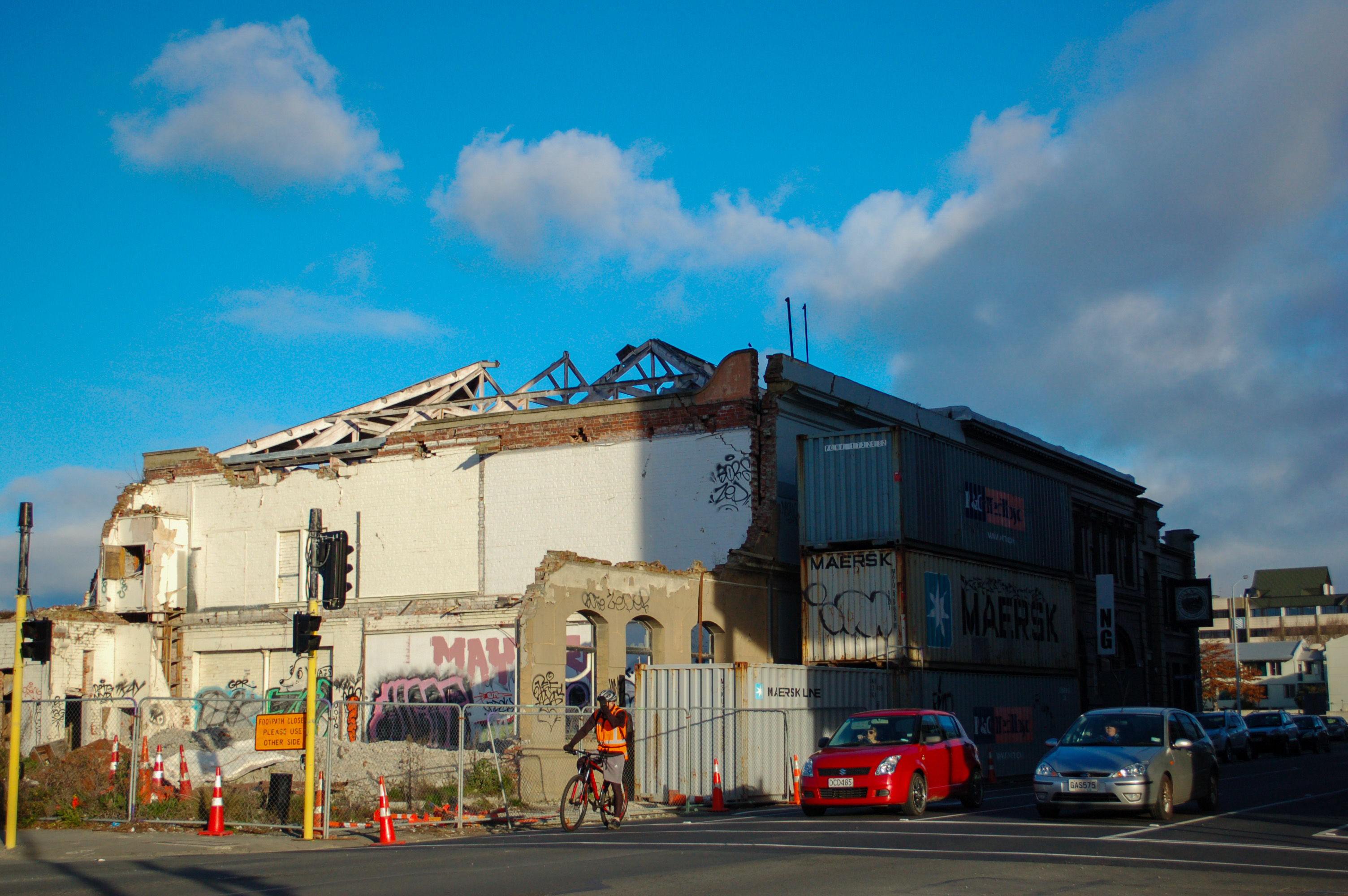 ChristChurch Cathedral was damaged really bad during the earthquake and they city can't decide what to do with it. Some want to tear it down and re-build it, others want to restore it. Till they make up their mind, it remains one of the main tourist attractions. 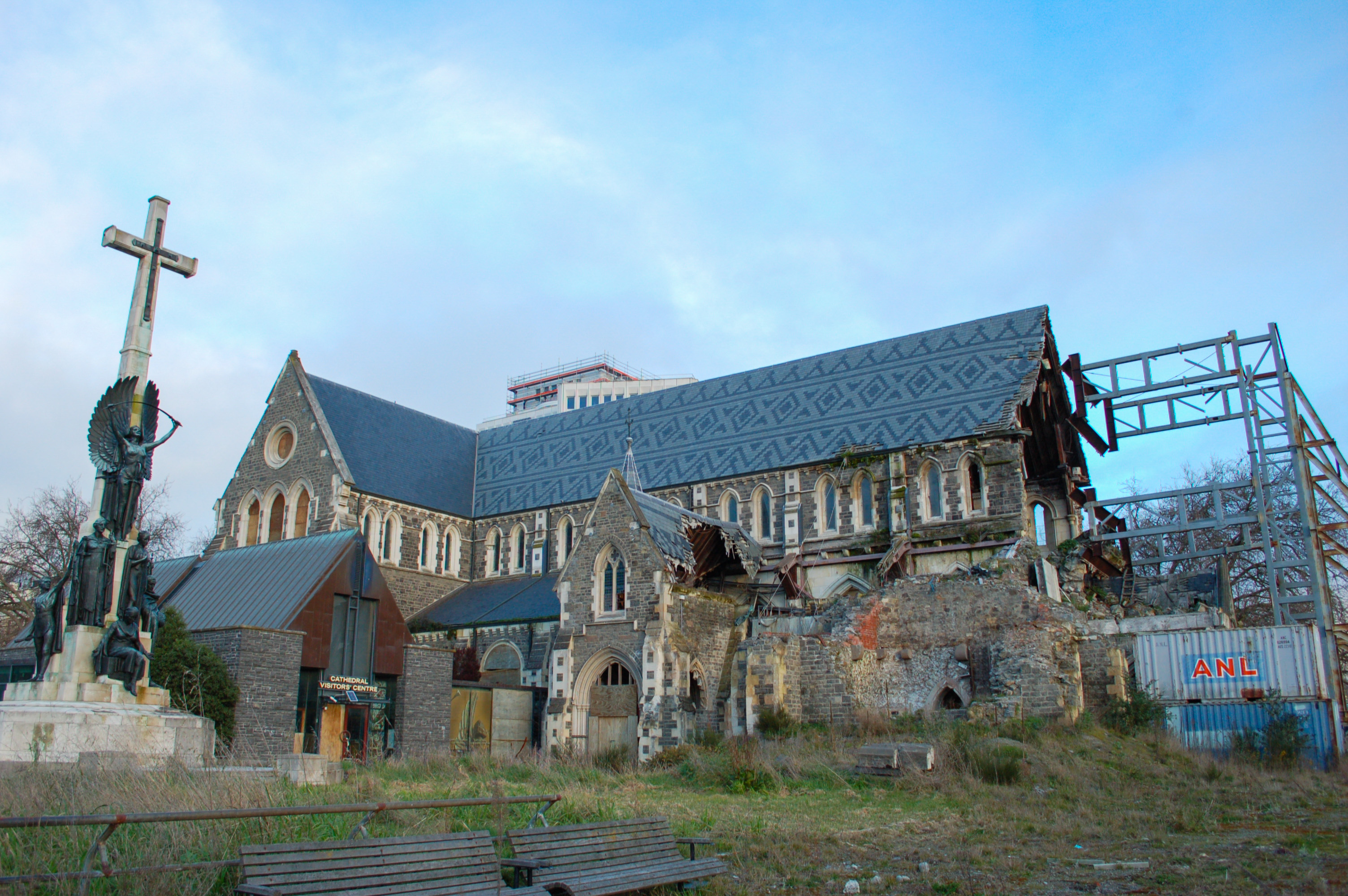 New hotels and offices have already been built next to the cathedral. I guess decisions can be made a lot quicker when there's less red tape and more financial exposure involved. 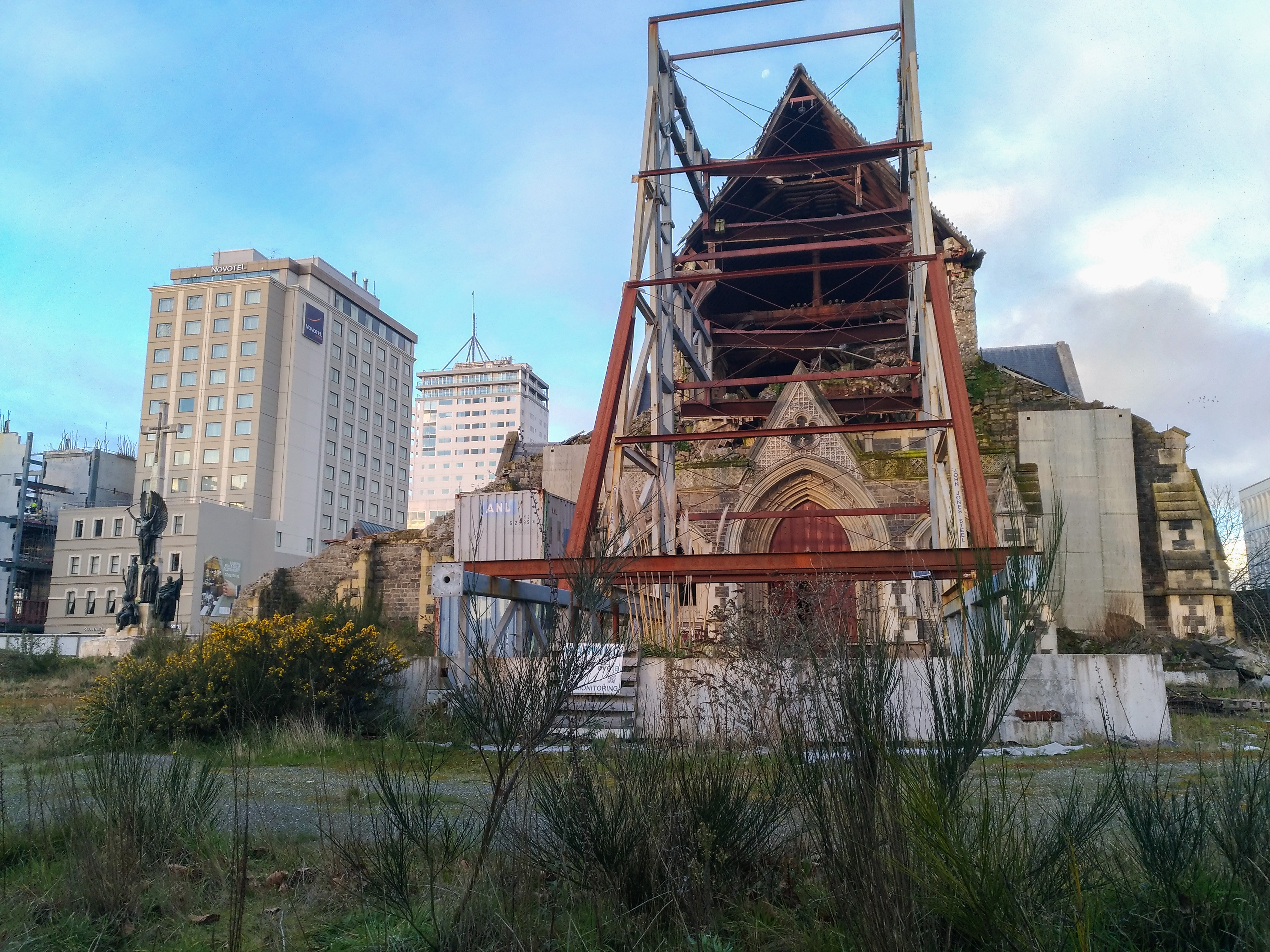 In the meanwhile the transitional Cardboard Cathedral has been built down the road to serve the city. There are the 98 massive cardboard tubes and a polycarbonate roof that make up the cathedral's roof structure. Each cardboard tube is 60cm diameter and coated with 3 layers of polyurethane. The gap in between the tubes allows light to flow through. To be honest, I couldn't quite make up my mind about Christchurch. I got the feeling some parts of the city were working really hard to rebuild themselves. There were building works around everywhere, and where shops couldn't be built quick enough, no problem, we'll just use cargo containers. 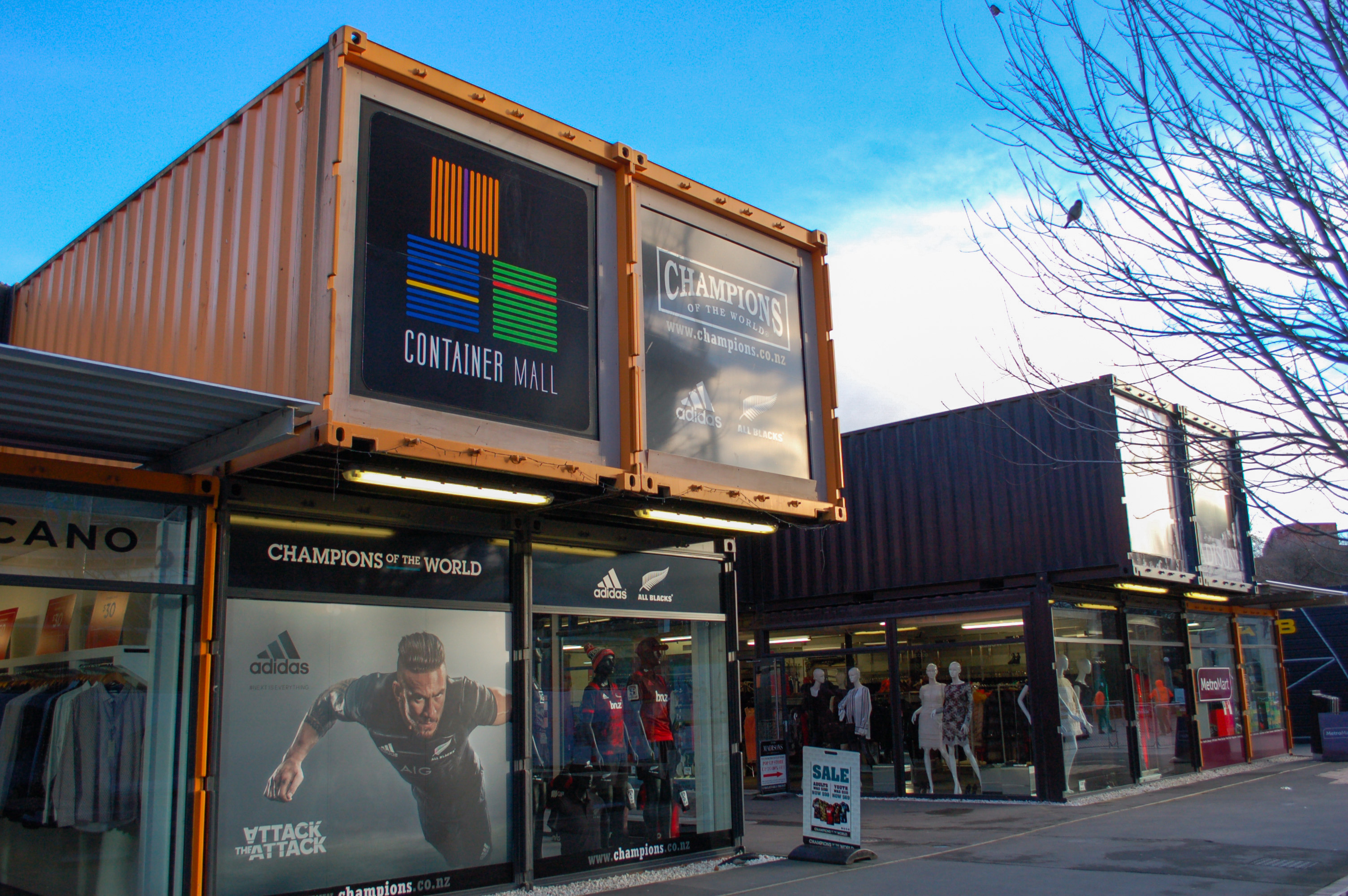 Yet on the other hand, other parts of the city seemed a bit neglected, patiently waiting, as if they were sending out subtle messages:

"Over here, don't forget about us"
"我們在這邊噢，不要遺忘我們" 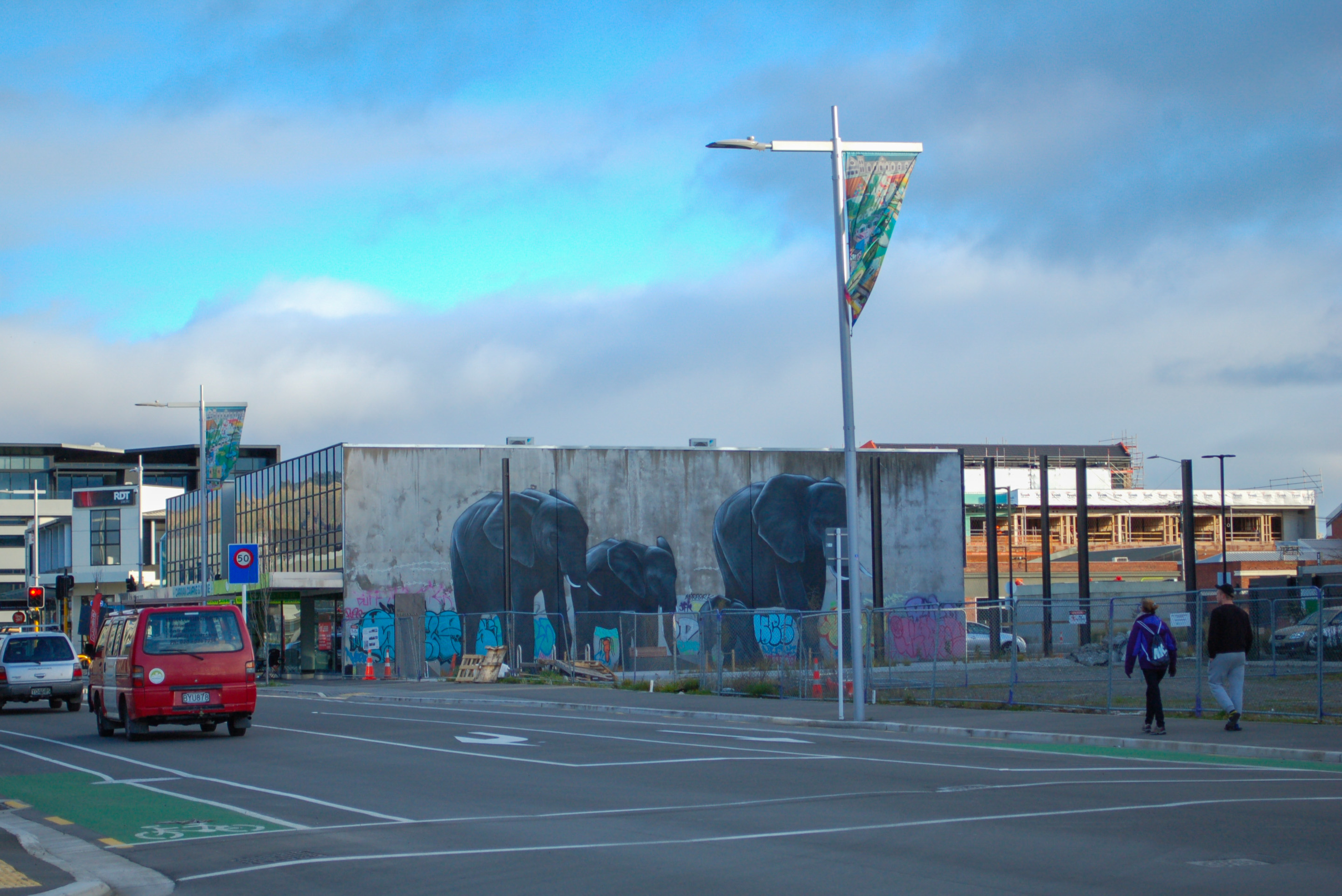 "Don't keep on saying no, do something"
"請有所行動，不要只說不" 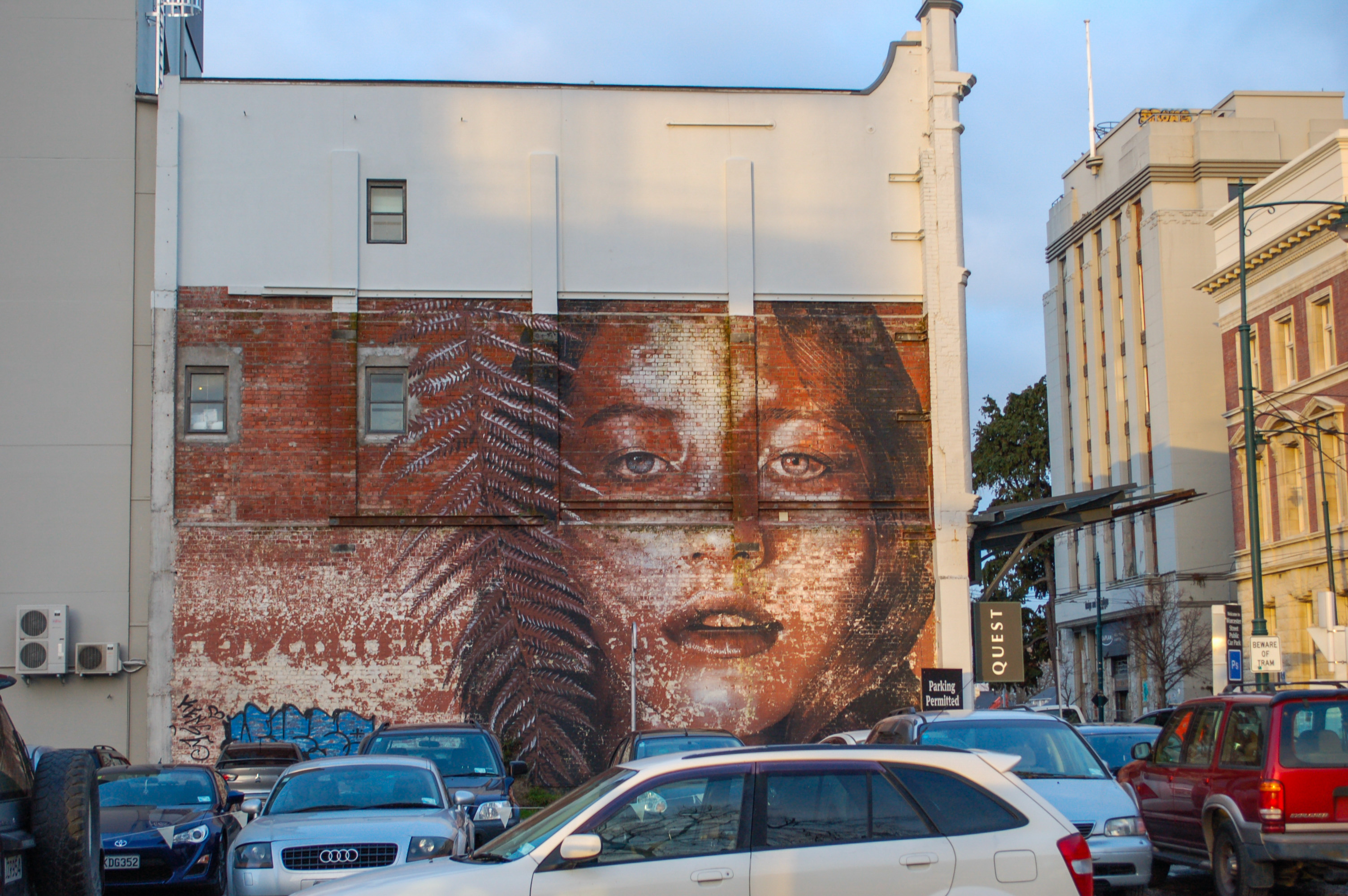 I wonder, if next time I have a chance to return to Christchurch, will they still be on the mend? Or will they have come out from their pain and devastation.

hive-174578 travel cn cn-curation palnet creativecoin flashback
작년 by livinguktaiwan74
$6.60
208 votes
댓글 남기기 3
Authors get paid when people like you upvote their post.If you enjoyed what you read here, create your account today and start earning FREE STEEM!
STEEMKR.COM IS SPONSORED BY

Congratulations @rycharde, you successfuly trended the post shared by @livinguktaiwan!
@livinguktaiwan will receive 6.80305838 TRDO & @rycharde will get 4.53537225 TRDO curation in 3 Days from Post Created Date!