Jordan is one of my three most memorable holidays (the others being the northern lights in Finland and the Machu Picchu in Peru). I'm going to start my first post on my Jordanian journey with a day out to the Roman ruins at Jerash. 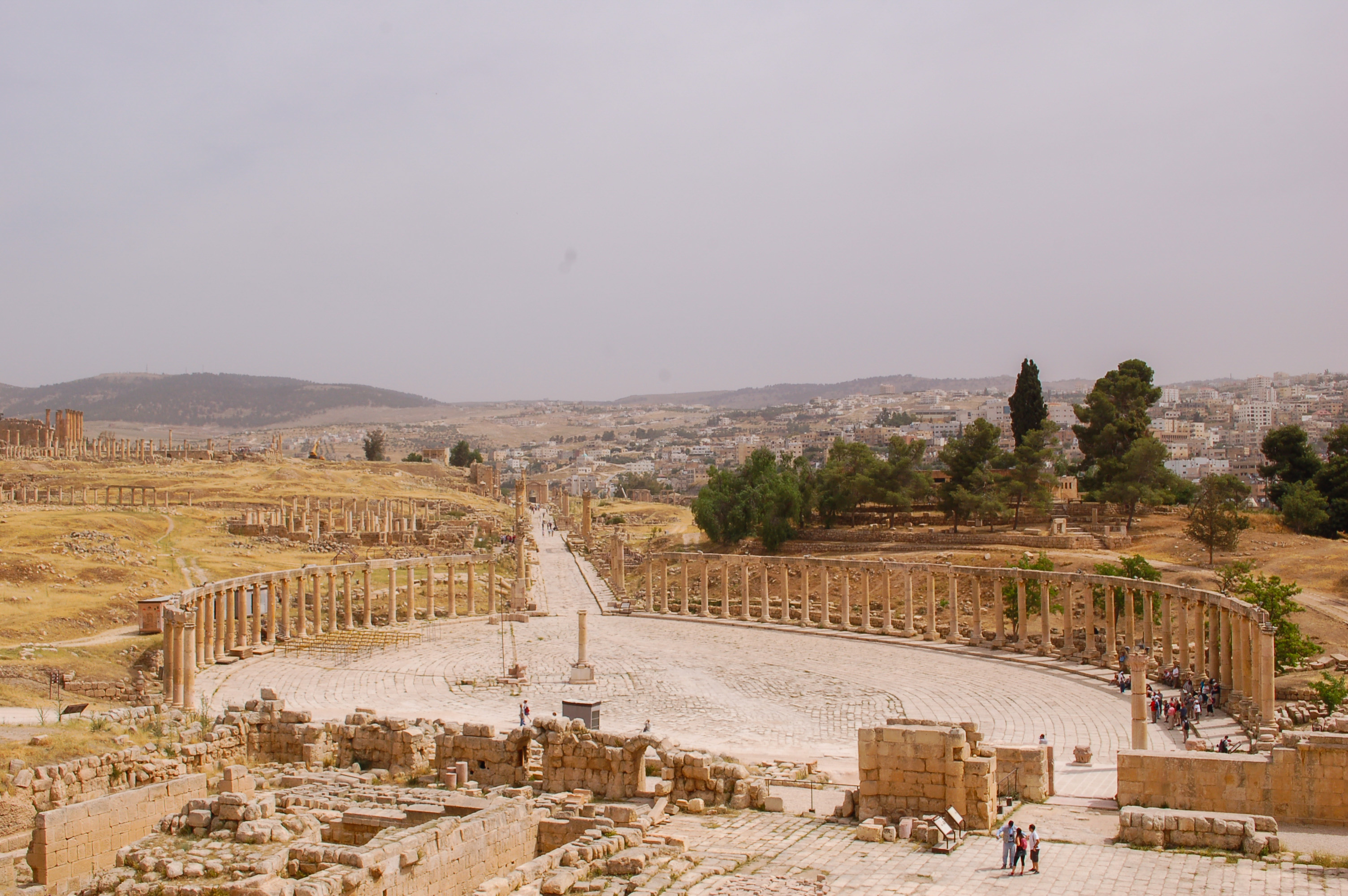 Jerash is about 48km north of Jordan's capital Amman, and if you keep on travelling the same distance you will reach the Syrian border. This is the nearest that I've ever been to Syria. Anyway, back to Jerash. The city dates back to prehistorical times, flourishing throughout the years until it was wiped out by an earthquake in 749 which pretty much buried the whole city underground until it was discovered again in 1806. This is now the second most popular tourist destination in Jordan after Petra (I will be posting about Petra later). This is one of the places where I did do a bit of research before hand about how to get to Jerash from Amman. I found comments online about the approximate price for a taxi, so on the first day after breakfast, I went out onto the streets in Amman looking for an honest looking taxi driver and found this guy. He didn't speak much English but I managed to get my message through and his price was within the range. I hopped into his taxi and set off on my first trip in Jordan. When I arrived at Jeresh, he didn't ask for any money and told me to he'd be waiting for me by his taxi whenever I come back. That was a good sign that he wasn't going to leave me stranded in Jerash. 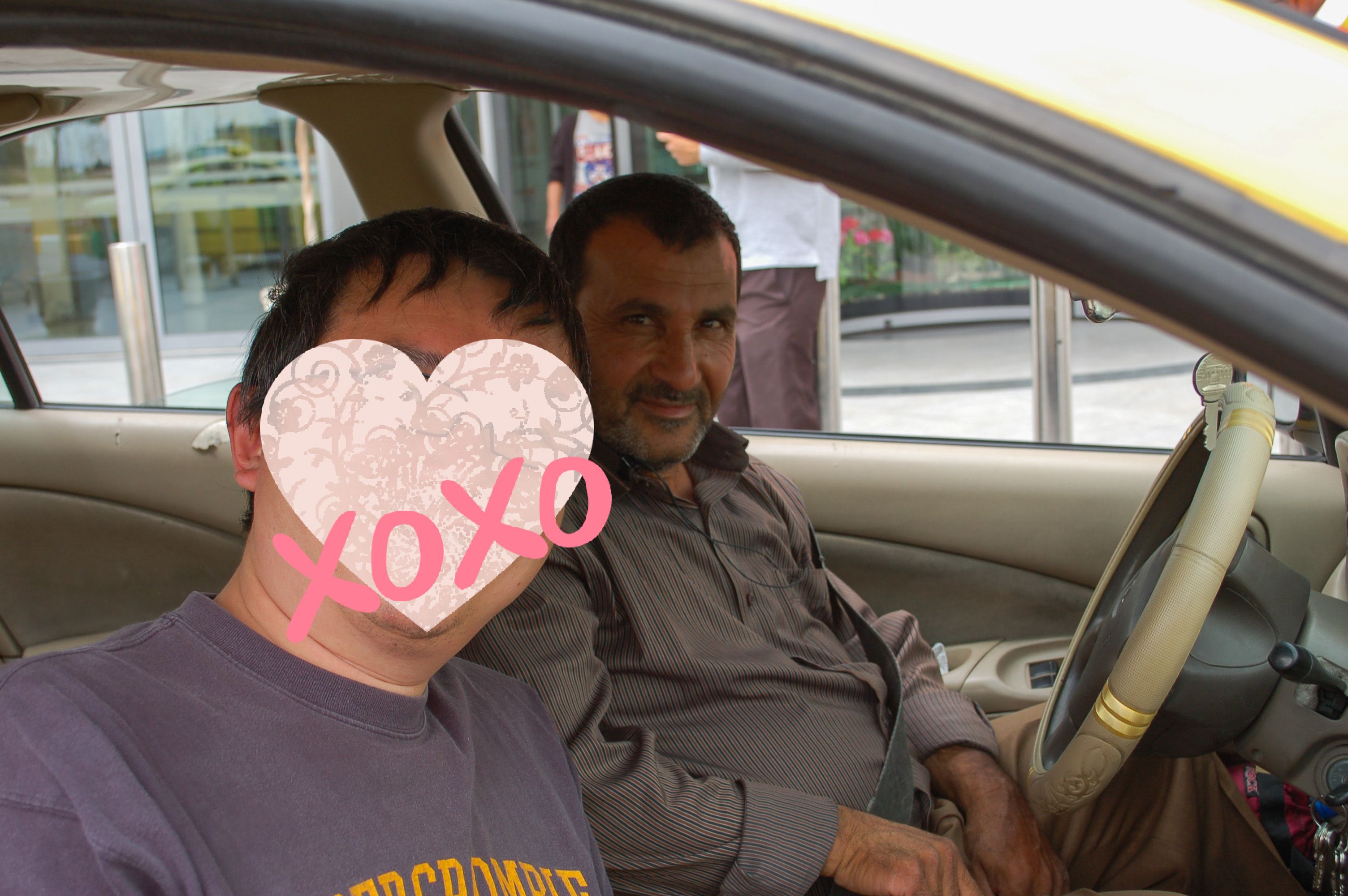 The first thing I see when I arrive at the ancient site is The Arch of Hadrian. This was built in 129 in the heydays to welcome Hadrian to Jerash and probably says something about how important this site was. From the Arch of Hadrian, I walk past some pretty impressive structures all which were very well preserved. It was then that I realised the size of the site. The structures right next to me were hugh, and I could see lots of others structure quite far away, mmm... there's going to be lot of walking.... 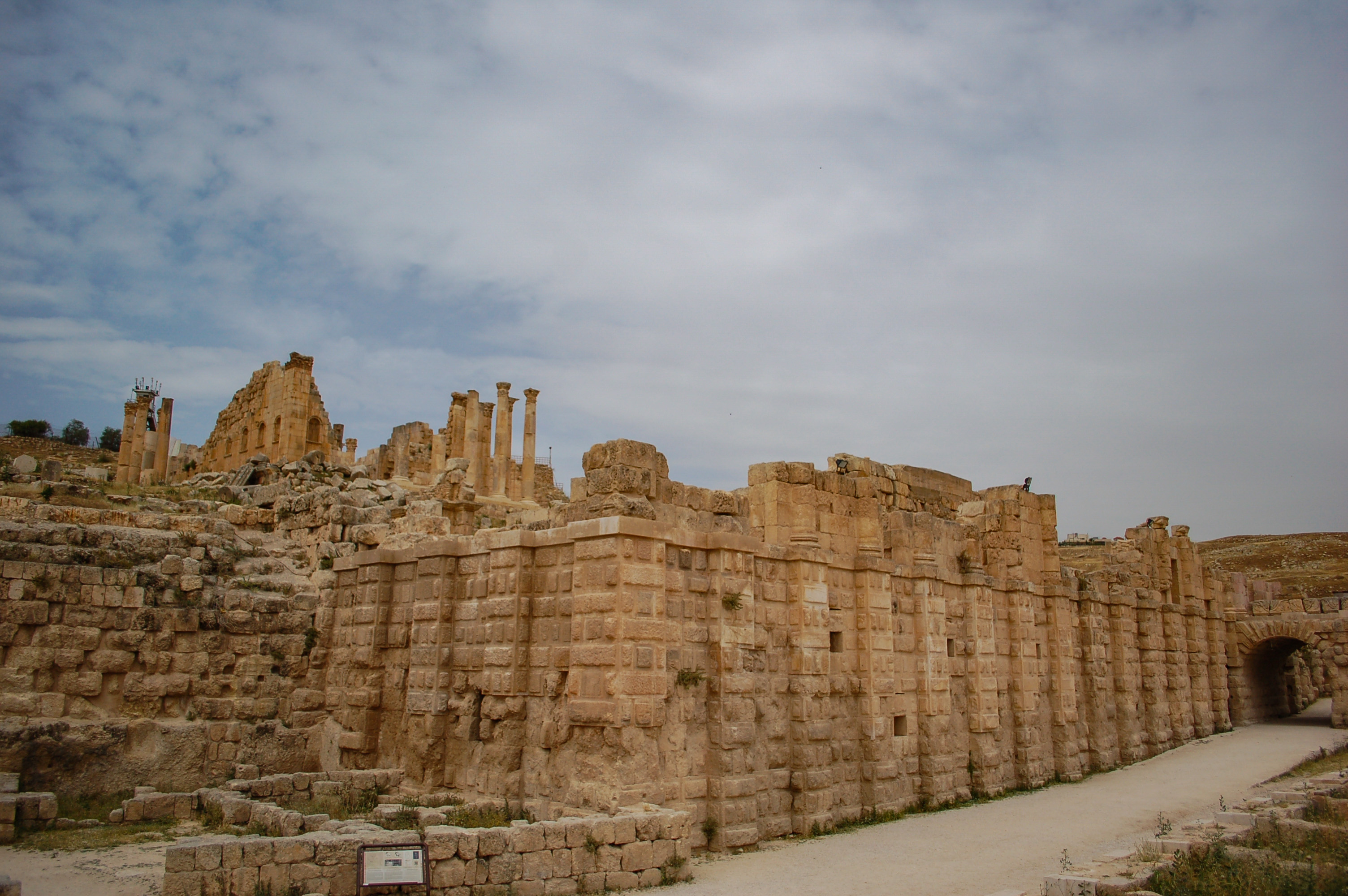 As I walked past these structures and through the archway on the right of the above photo, I saw something really remarkable ahead of me - The Forum. The Forum, or the Oval Plaza is a 90m x 80m plaza surrounded by lots of Ionic colums, a particular type of Greek ancient column style. If you look at the first photo in this post, you can see how big and impressive the Forum is. I was absolutely gobsmacked at the architecture of the whole plaza, and felt so small standing in it. Actually, if you google The Forum in Jerash, some sites will say there are 160 Ionic columns and other says 56. Since this being published on blockchain I thought I'd better get my facts right. I counted 35 on one side so I'd say there's around 70 in total. 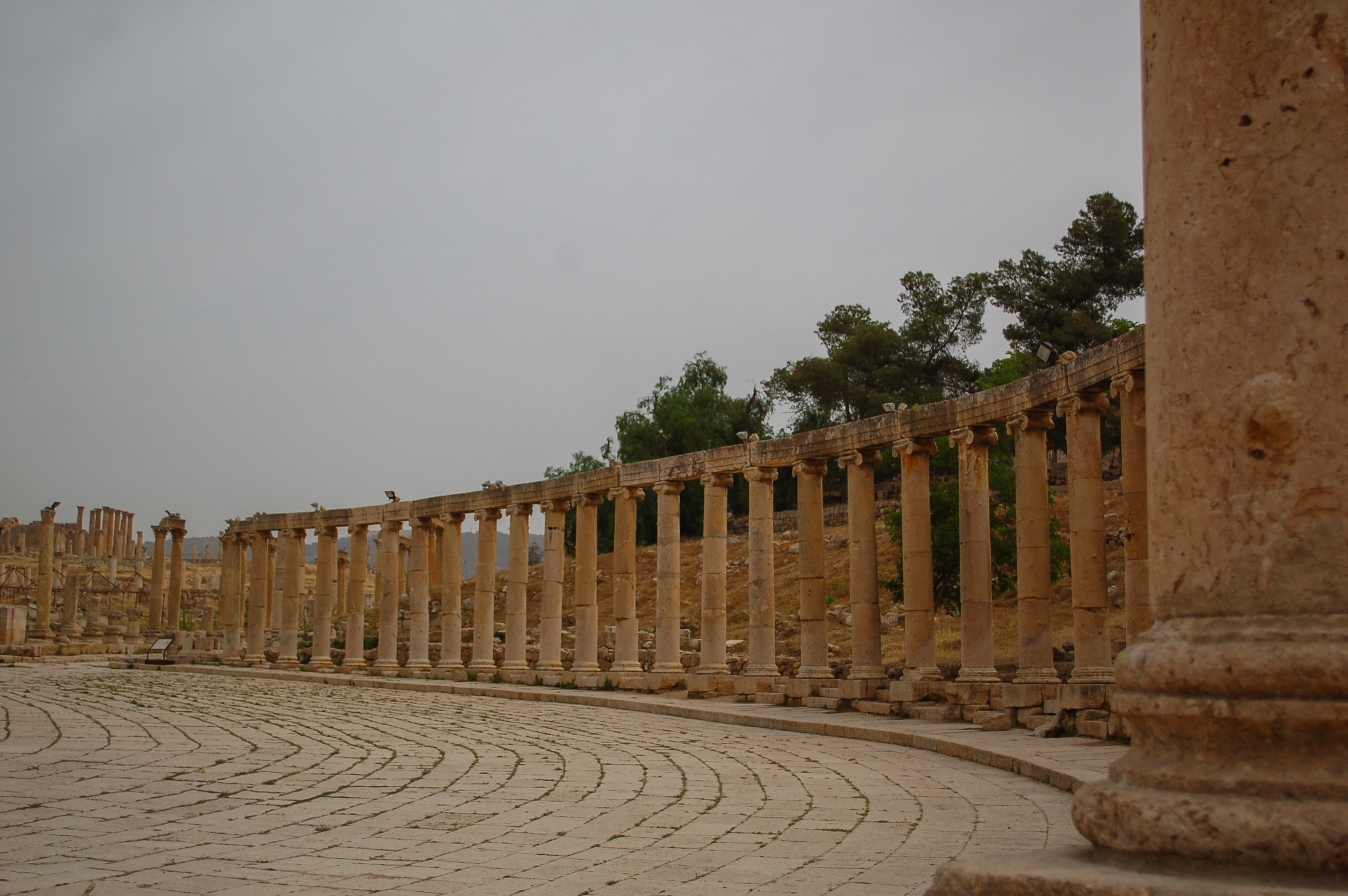 The Forum leads to the Cardo Maximus, the main street of the ancient Jeresh city. The Cardo is about 600m long and all the main buildings used to be on this street. It was so surreal walking down here, stepping on the stones which were original from the old days. Some of the structures had collapsed over the years and ruins were lying on ground. I loved how you could actually walk right up to them, admire the intricate stone carvings closely, touch them and feel what ancient feels like. The other thing I loved was that there wasn't that many tourists around, and there were no jerks climbing onto history and damaging them. I hope it stays this way. 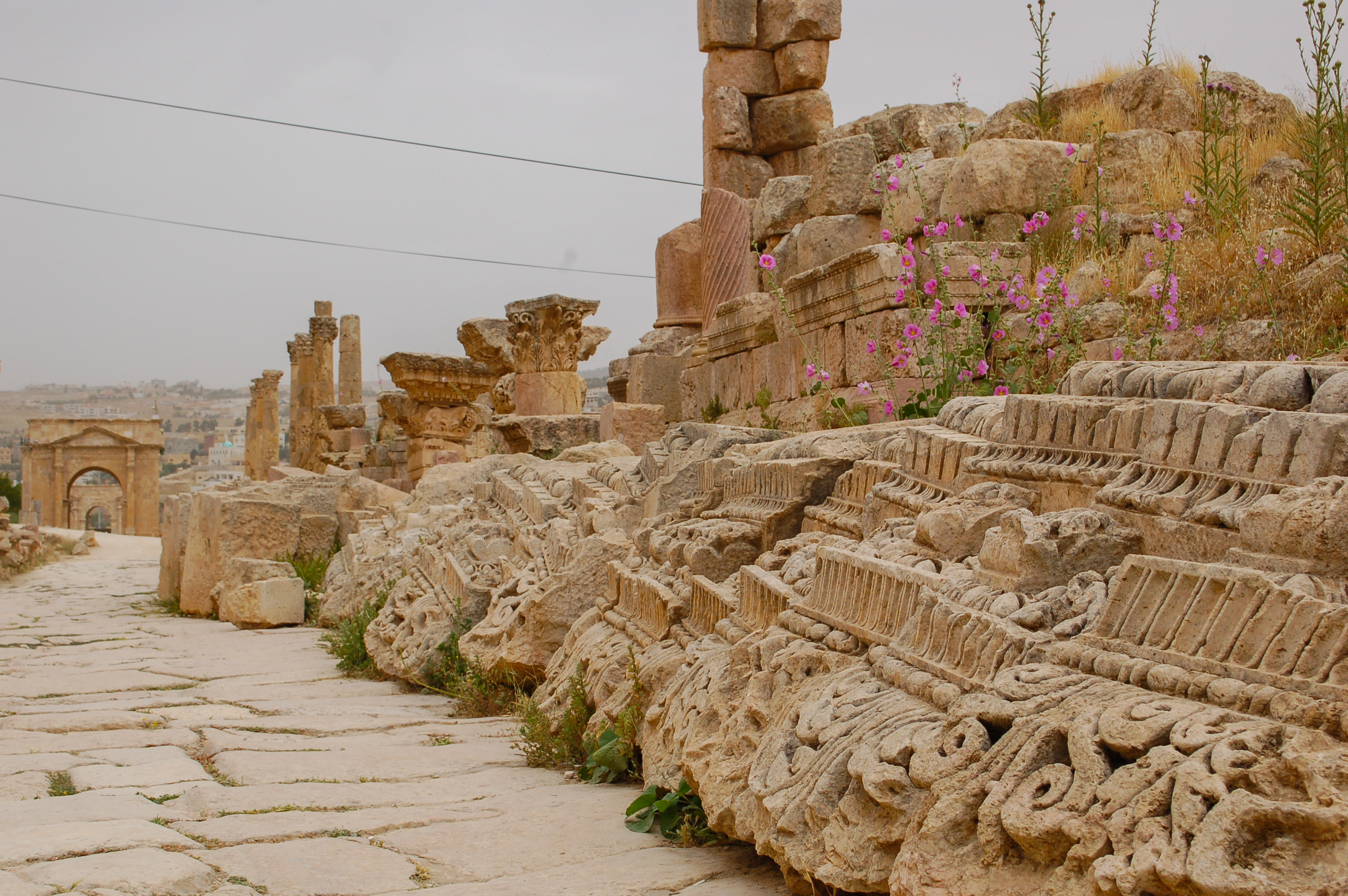 At the end of the Cardo is the North Gate and beyond that is the modern day Jerash city, where the old meets the new. Next time I'm going to take you to see some of the other structures including one that moves. Stay tuned. 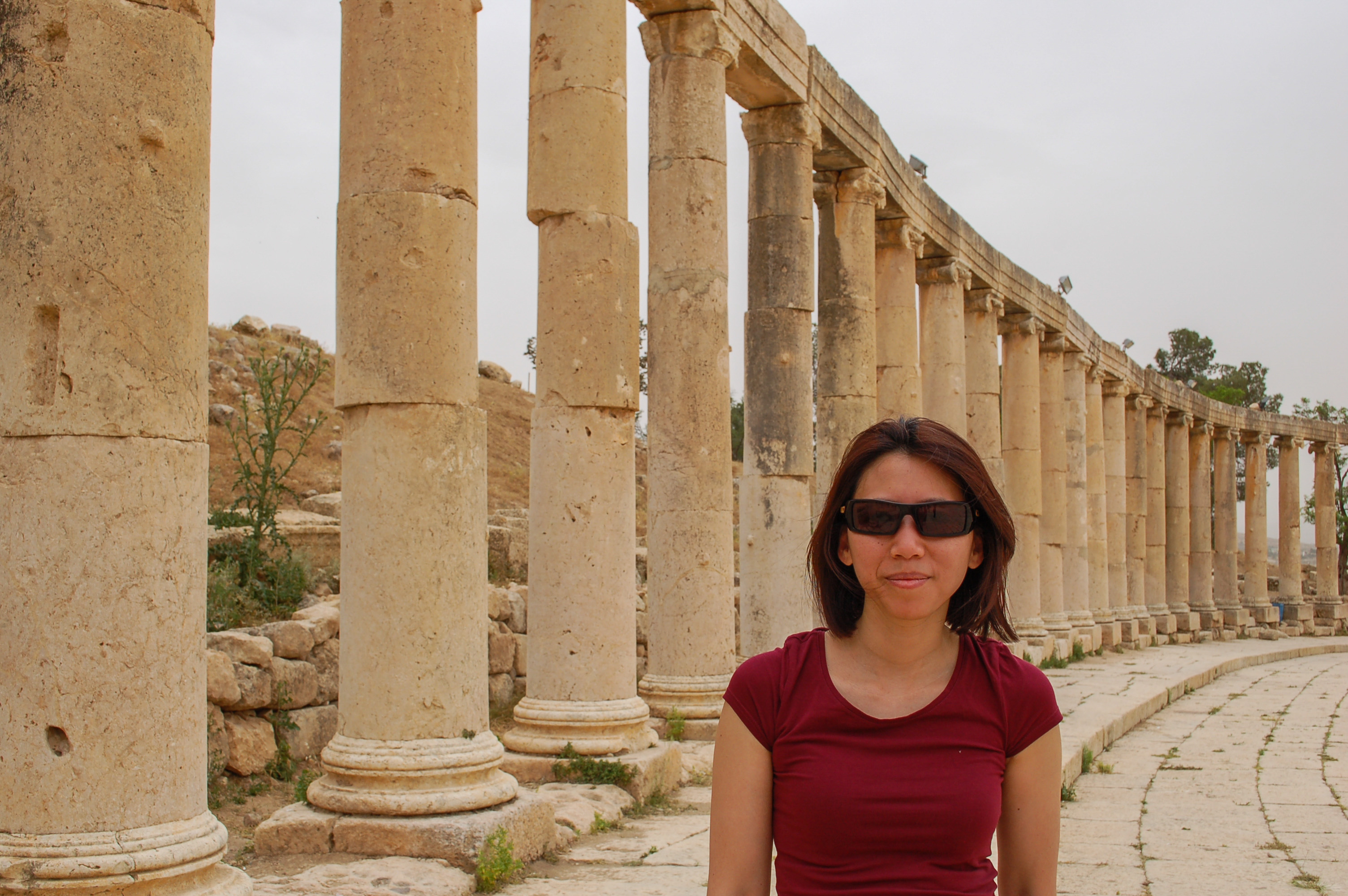 hive-174578 travel cn cn-curation flashback
작년 by livinguktaiwan74
$7.76
236 votes
댓글 남기기 0
Authors get paid when people like you upvote their post.If you enjoyed what you read here, create your account today and start earning FREE STEEM!
STEEMKR.COM IS SPONSORED BY