Why Amazon is the Smartest Company on Earth, and Why We're Doomed 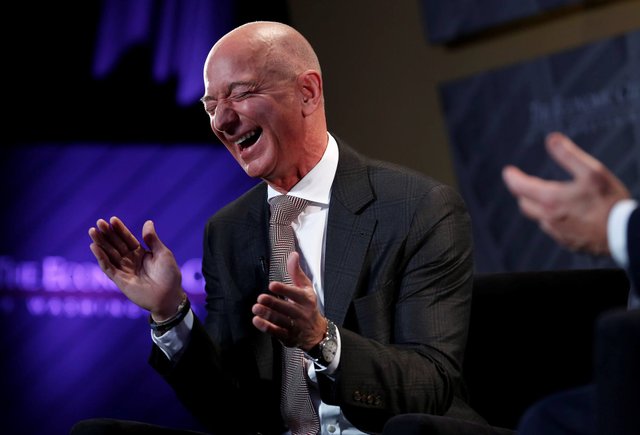 A few days ago, the CEOs of the world's four largest tech companies were summoned by the Congress Committee for an antitrust hearing. I generally pay zero attention to these questionings, mainly because of the dodging of questions that these CEOs are adept at; but something caught my eye:

That got me thinking...

We show our hostility to Big Tech like Google, Facebook and Microsoft for tracking us and mining our data to show us ads, but we completely disregard the immense destruction of innovation caused by Amazon. > 48% market share is great for Amazon and its shareholders, but it's a nightmare for small and medium-sized enterprises, which are routinely being put out of business.

Now you're probably saying to yourselves: "but Google is dominating search and Microsoft is dominating operating systems" and you'd be right. But here's the banger

Unlike the other Four (Google, Facebook, Microsoft and Apple), Amazon is very good at stifling competition. Moreover, Amazon keeps reinventing itself and finds new revenue streams, even as it kills off old ones.

Jeff Bezos believes in shareholder supremacy, meaning 'everything's justified as long as the share price is increasing'. A lot of cash flow allows Amazon to take sustain huge losses, such as losing almost $200 million to eliminate its closest competitor, Quidsi

Amazon's strategy from the very beginning has been to suck dry it's competition and even its partners, all while passing on savings to the customer and benefitting from increased adoption.

Amazon passes on savings to the customer, it incurs short-term losses for future gain. Amazon's low prices, free delivery, variety of products, and ease of use attracts everyone. And due to the network effect, the more customers Amazon has, the more savings it can offer to everyone.

With over 32% market share in the cloud market, Amazon is essentially dominating a third of the web. Popular services like Netflix and Airbnb rely on Amazon to operate, which gives it a huge amount of power.

Oh! So many markets to dominate!

Another differentiator for Amazon is how good it is at keeping a 'day one' attitude. Unlike most others, Bezos has succeeded at keeping his company together through over 23 years of operation. Indeed, his aggressive practices to put everyone out of business continues even today and is all the stronger.

This is essentially a guarantee that Amazon will stay with us for a while.

While writing this article, I've had mixed feelings about Jeff and Amazon. A part of me is simply awed at this man's character; another part is creeped out at this company's reach and is praying that Amazon is either broken up or has its practices looked into and regulated.

As consumers, we should have the power to decide who we deal with, who we buy our daily necessities from. If Amazon continues to grow, we could, and probably will, lose this privilege.

Thanks for reading till the end.

Thank you for posting within our community.

Please spare few minutes and read how project.hope is organized and learn about our economy.