As you could probably imagine, it's hard to trim a goat's hoof while also taking a picture. What I did do was get a few pics of my host, Walter, trimming.

The three male goats, tied up ready for their trimming. 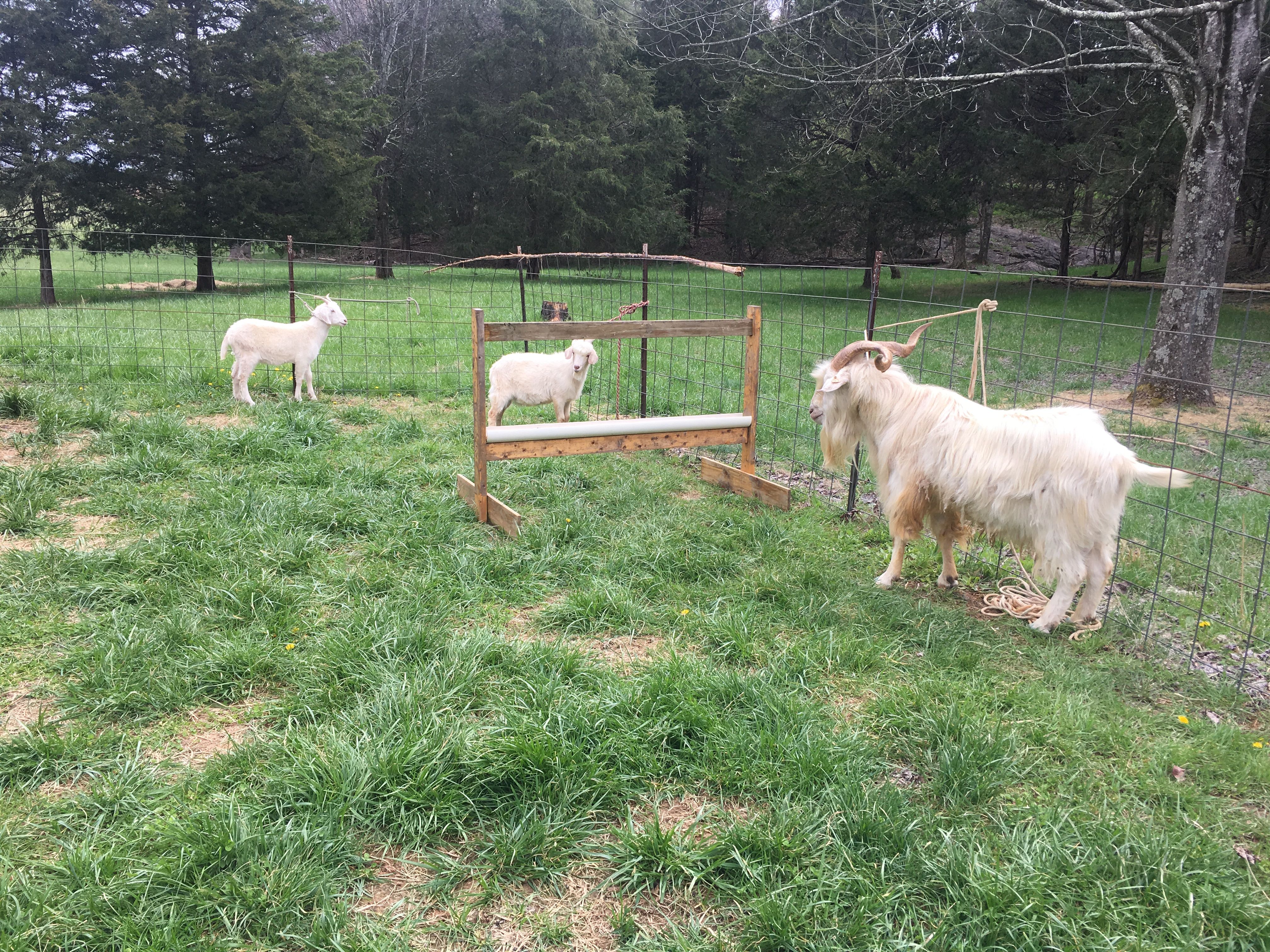 Left to right: No name goat, Trumpy, and Big Boy.

Walter concentrating hard. Those horns would do damage if Big Boy got wild. Gotta admit, tho, he's a majestic creature, is he not? 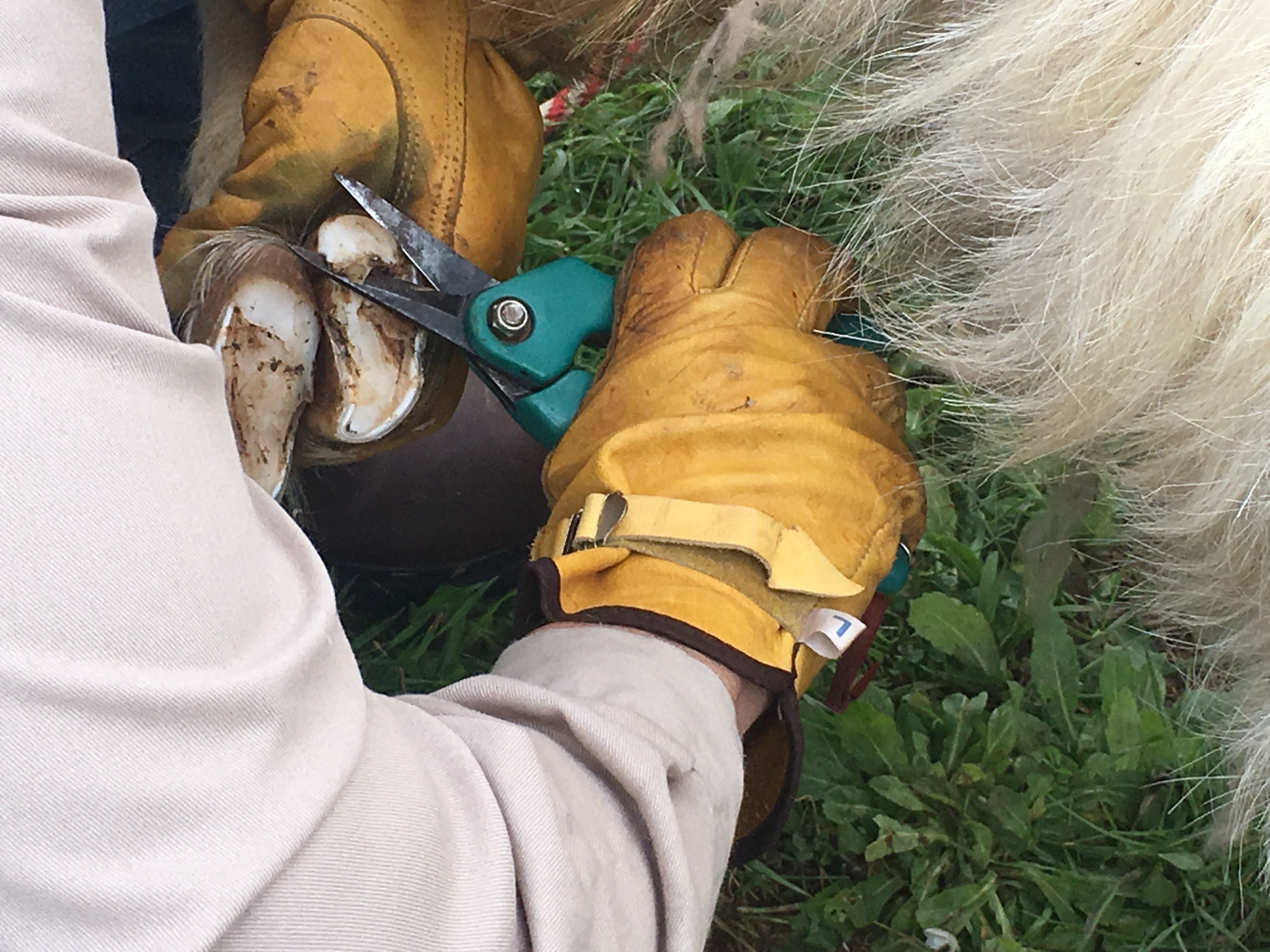 No dirt, smooth, even, and white is the goal.

All told, I probably did about 8 goats myself. I did the no-name male goat and about 7 females. Gathering them can be challenging. They move in a herd, even when they're in the pen, and you gotta catch them with the long hook thingy around their neck. Or you can grab a leg. Then, once they're tied up, as you saw in the first picture, you can get to it.

There's something called Coppertop that you put on any spots that look infected, or rotten. That has copper in it and sort of acts as an antiseptic. There's also a blood-stopping powder available should the cut go too deep where blood comes out. I only did that twice.

I'd say I did a pretty decent job at it for my first time. Walter said so as well. I would have never expected I'd be trimming goat hooves in my life until about a couple years ago when I started getting the nature and homesteading bug.

So, this was my day. What did you do? Random picture of the barn here from last night. I think it looks cool.

homesteading farming farm goats blog
2년 전 by writewords53
$0.21
5 votes
댓글 남기기 3
Authors get paid when people like you upvote their post.If you enjoyed what you read here, create your account today and start earning FREE STEEM!
STEEMKR.COM IS SPONSORED BY

trimming hooves for the first time is always nerve wracking. But then it can be enjoyable.

It was a bit at first. I was probably a bit too conservative because I didn't want to cut off too much and make them bleed. Also, some of the larger goats had gone too long between trimmings so they were really bad -- poor things. After I got in the swing of it, it went pretty well. I think this crew could work on improving their setup and make sure their tools are sharpened before doing so. That and do it more frequently so it doesn't get as out of hand.

Yes I am more conservative with the trimming too. I don't want to cut too much off! My goats are due for a trimming now, actually. And they grow so fast and sneak up on me!