Our rivers are Dying : Wake up 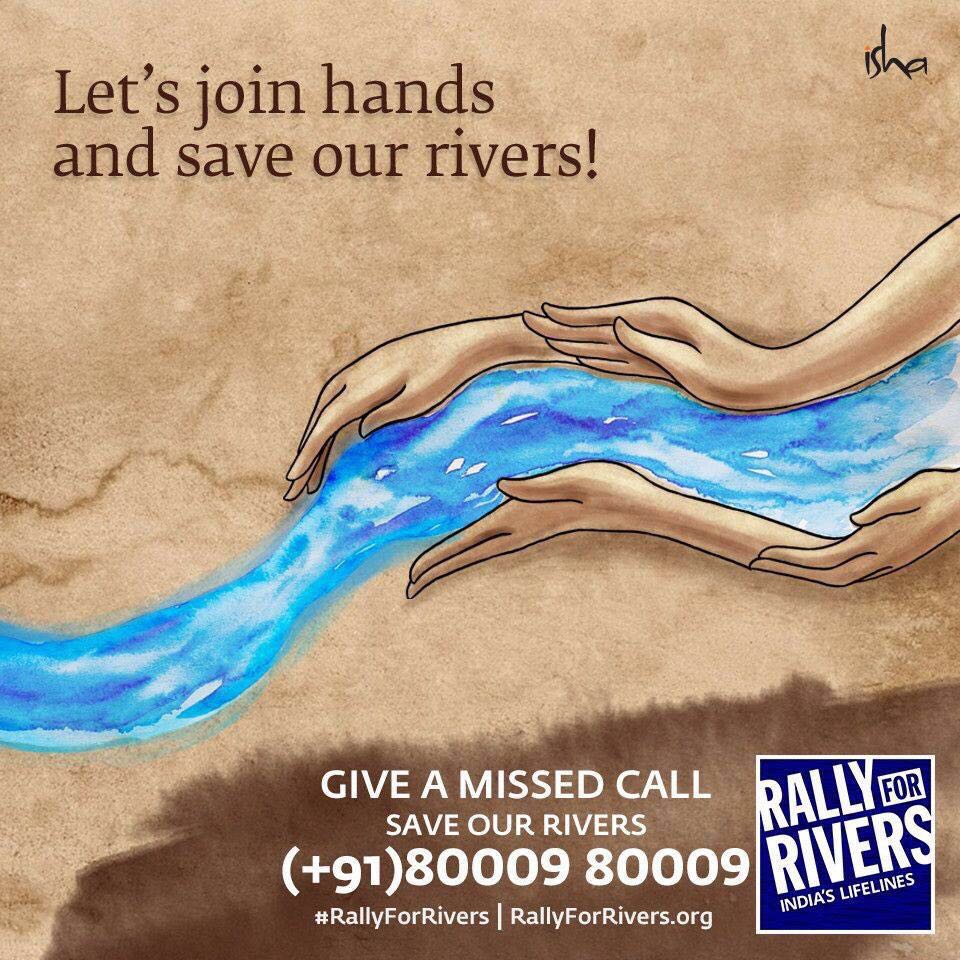 :> 25% of India is turning into desert.
:>In 15 years, we may have only half the water we need for our survival.
:> The Ganga is one of the most endangered rivers in the world.
:>The Godavari was dry along much of its length last year.
:>The Kaveri has lost 40% of its flow. Krishna and Narmada have lost around 60% In every state, perennial rivers are either becoming seasonal or totally going dry. In Kerala – the Bharatpuzha, in Karnataka – the Kabini, in Tamil Nadu – the Kaveri, Palar and Vaigai, in Odisha – the Musal, in Madhya Pradesh – the Kshipra. Many smaller rivers have already vanished.

Most major rivers are the subject of interstate water disputes. 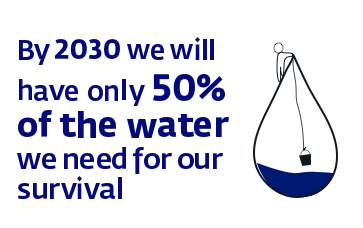 How This Affects You

India’s rivers are dependent on rainfall. Rainfall enters rivers and streams through two main mechanisms. One mechanism is surface flow over land. The second mechanism is through underground flow. Rain seeps into soil and becomes groundwater, which then gradually flows underground and enters streams, rivers etc.

Trees help rain seep into soil because living and decaying roots make soil porous by creating a network of well-connected, minuscule channels in the soil. Rainwater seeps into soil with such channels several hundred times faster than it seeps through soil without channels.

Additionally, when plant debris falls on the soil and starts to organically degrade, it helps soil maintain integrity and form small aggregated clumps. These clumps also ensure that soil is porous.

Once water is absorbed by soil, just as rainwater percolated downward into soil, water can percolate horizontally in soil as well. This kind of underground “water flow” can feed water into streams and rivers wherever the water table intersects the streambed. Ground-water velocities can be as low as 1 foot per year or 1 foot per decade, but not higher than 1 foot per day. This underground component is known as base flow.
Proportion of river water from underground flow

It is hard to exactly calculate how much of a rivers water comes from this base flow component, so figuring out how much water is actually entering the river has many variables. Estimates for peninsular rivers range between 20-40%. For the Narmada, it is about 20-22%. For the Godavari it is estimated at around 35%.
Comparison of water absorption by soil with and without trees

Studies have found that water more easily infiltrates soil in forested areas than in crops, degraded forests and grazed pasture. A study done in Belgavi, Karnataka on a sub-tributary of the Krishna shows that groundwater absorption was 42% for forests, 32% in agricultural land and 15% in degraded scrub land i.e. forests absorbed 50% more water than agricultural land and thrice that of degraded land. In a similar study in Uttara Kannada in the Western Ghats, the percentage of water flowing into streams within a few hours of a storm event was 80-90% of the total flow in degraded lands. In planted acacia forests, it was between 50-80%. In forests it was 35-70%. Percentage variations arose due to different soil types, intensity of rainfall and perhaps slope of the land.

In the UK, studies showed that soil infiltration rates were 67 times greater in plots planted with trees compared to grazed pasture. Grazed pasture is especially bad at absorbing water because animal hoofs compact the soil, which makes it lose its porosity.

The greater absorption of water in forests also translates into ensuring rivers stay perennial when forests are intact. Some studies in India also report “that there is a significant improvement in the ground water availability due to tree based farming interventions.”
Native tree species better than exotics

It is important to note that native tree species are more generally suited to plantation along rivers. Researchers often discourage non-native tree planting because of concerns that these trees reduce water availability. Some scientific papers in fact look at how “water-guzzling” exotic trees affect the water table, and state that afforestation and tree-planting lead to consumption of groundwater by the trees, which reduces the water flow in streams in the area. These conclusions are however not applicable when the right kinds of trees are planted.

The studies often looked at young, fast-growing tree plantation with exotic species such as Eucalyptus, not native species. These exotic species often extracted much more water than native species. Most studies also neglected long-term effects. In degraded areas or areas under groundwater stress, planting trees often results in recharge of groundwater for the first few years, before it begins to have a positive impact on streamflow.

These studies also often measured water flow in streams in terms of annual flow. Annual flow includes water flow during floods and similar high intensity events. When trees are taken off, floods often increase because most of the water enters streams and rivers in a very short timeframe. Such high intensity flow is often not usable by human beings and usually flows into the ocean, while also causing soil erosion which leads to loss in soil nutrients. This is why large areas of formerly productive land, where annual rainfall is relatively high, have become desertified once tree cover is removed. However, tree-planting reduces these high intensity events and creates a more sustainable flow that is available even after rain ceases. It also limits soil erosion.

The trade-off between trees consuming water and trees helping water enter soil was studied and a paper was published in the journal Nature. Scientists found that rainwater absorbed into the soil is maximum at an optimal tree density that is neither too high nor too low. When there are too few trees, groundwater does not infiltrate soil. When trees are too many, they may consume more water than the soil absorbs. One point they noted is that even “beyond the optimum tree cover, recharge decreased but remained higher than in scenarios without trees.”

Experts at the Indian Institute of Science (IISc) also stress the importance of native tree species. They cite several examples about how vegetation rich areas like its campus have seen an increase in water table. Citing the examples of K R Puram, Whitefield and ITPL regions in Bangalore, they said these places have lost vegetation drastically, which resulted in a drop in the groundwater table. Increased vegetation is the solution to depleted groundwater table they say. But the best results would come if the vegetation is of native species. A study had found that the native species with their root structures allow water to infiltrate soil much more than foreign species.

india life river forest rally
2년 전 by rahulgandhi000134
$0.00
3 votes
댓글 남기기 2
Authors get paid when people like you upvote their post.If you enjoyed what you read here, create your account today and start earning FREE STEEM!
STEEMKR.COM IS SPONSORED BY

@eileenbeach has voted on behalf of @minnowpond. If you would like to recieve upvotes from minnowpond on all your posts, simply FOLLOW @minnowpond. To be Resteemed to 4k+ followers and upvoted heavier send 0.25SBD to @minnowpond with your posts url as the memo