HOW TO IDENTIFY FAKE ANDROID APPS IN PLAY STORE

HOW TO IDENTIFY FAKE ANDROID APPS IN PLAY STORE

Hello fellow Steemians, I brought to you Good Tidings as I write on the subject : "How To Identify Fake Android Apps In Play Store". Fake Android apps in the play store has become a serious problems lately.
People create listings designed to look exactly like popular apps, often using the same icon and name, to trick you into downloading it, then bombarding you with ads or malware.

According to How to Geek, this issue had been prominent lately. A fake version of WhatsApp was downloaded by more than one million people last year,and just this month, Reddit android community found a fake version of the popular SwiftKey keyboard and an ad riddled version of VLC on the Play Store. The first two were removed after making headlines, and while Google finally took down the VLC after being at the top of the Android sub-reddit all day.

These types of apps are not something to take lightly. Behind the scenes, they are often doing something dangerous, like stealing all of your personal information, tracking every move you make, or even worse. 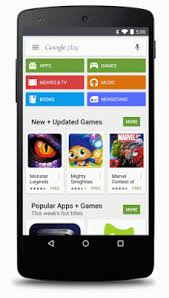 WHAT GOOGLE IS DOING TO COMBAT THIS ISSUE: This is not a new problem, it has been happening for years and the fake apps are getting better and getting more download. Fortunately, Google has started to address the issue with Google Play Project - a security system to verify apps in the Play Store. It scans apps upon entry into Google Play. Google also says it removed over 800,000 malicious apps last year. But, as we have already noted, there are still some big ones getting through.

Play project was announced less than a year ago, so it's still a relatively new system. As with most of its kind, there will be bumps along the way - we are just hoping Gooogle uses this system to figure out a better way to control malicious content in its official app store. HOW TO SPOT THESE FAKE APPS: Regardless of how good Play Project actually gets, there's always going to be a certain percentage of malicious apps that find their way into the Store. That's why it is pertinent to pay attention. The best thing you can do to make sure you are not installing a bunch of crap is to take a couple of minutes to look over the app listing before you install it. A little due diligence goes a long way. 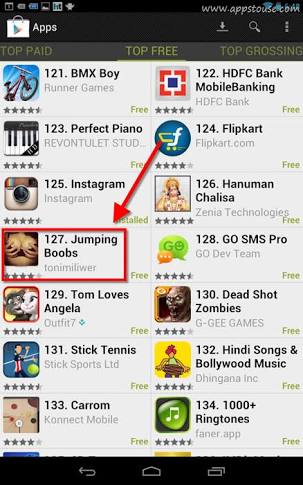 CHECK THE APP NAME AND DEVELOPER : Take a close look at the app name and the developer. In the case of the fake WhatApp, the developer name was visually identical, but the name of the app should have raised a red flag because of the word "update" added to its name. The fake SwiftKey app that recently landed was called " Swift Keyboard" - something that users that are unfamiliar with SwiftKey could easily mistake for the real application. But the developer name was " Designer Superman " - a clear indicator that something isn't right since SwiftKey is developed by a company of the same name and owned by Microsoft.

If the developer name isn't an immediate indicator, you should also check their other apps. You can do this on the web by clicking on the developer name on the Play Store listing, on your phone, just scroll down close to the bottom of the app listing to see more apps from that developer. CHECK THE DOWNLOAD COUNT: If you are downloading a popular app, always take a quick look at the download number. Let's say you are installing the Facebook app - one of the most downloaded apps in Google Play with over a billion installs at the time of writing. But what if the listing you are looking at only has, say 6,000? It's probably the wrong listing. There's not much of a chance a fake app will last in the Store long enough to get that many downloads, so it's an easy way to spot a fraud, assuming you are looking at a popular app. If it is not so popular, however, this won't help as much. Of course, a fake app should always have fewer downloads than the app it is imitating - again, just pay attention to the numbers.

READ THE DESCRIPTION AND LOOK AT THE SCREENSHOTS: This is an important step. If everything else looks close enough, the description can often be the thing that gives it away. If the wording seems off or is written in broken English, that should raise the red flag. Most legitimate developers do a good job of providing clear communication as to what their apps do. Most use good, clean formatting in the listing. Again, it something feels weird here, it probably is. The same applies to the images. Now, there is a chance these could be stolen from the legitimate Play Store listing ( jusy like the icon), but you should take a closer look anyway. For example, look at the fake SwiftKey we have talked about several times already: The images look pretty good, but "typing the flying swift")? What the hell does that even mean? 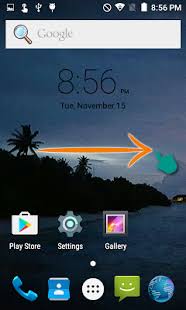 FINALLY, READ THE REVIEWS: After you have looked at all the details, spend some time reading a few of the reviews. Fake apps will often have fake reviews, but there are also likely to be some legitimate reviews from users who realised the app was bogus after installing it. A quick skim will generally be all it takes to look for the negative reviews and see what the issues are. If it is fake, hopefully someone has called it out in the reviews. I humbly gave out this peace of vital information so that Steemians/General Public alike should beware of this monster cripping in to polliute the Android Play Stores. I live you with this ###TAG "BEWARE OF DOGS"!!!
[ Info. Source - punchng.com] informations story ict writing android
3년 전 by comrade46
$0.00
3 votes
댓글 남기기 3
Authors get paid when people like you upvote their post.If you enjoyed what you read here, create your account today and start earning FREE STEEM!
STEEMKR.COM IS SPONSORED BY

I have just quoted d source.

I just like the final picture in truth, the police officer on the right is one I could respect and they wouldn't be politically bias.