Formerly was the Five Star Entertainment Community Discord server and now will be part of a new bigger initiative, @smartmediagroup.

@fivestargroup and their movement will continue within the new Smart Media Group server.

We are currently in transition of changes to the server and merging with another.

What is Smart Media Group(SMG)? 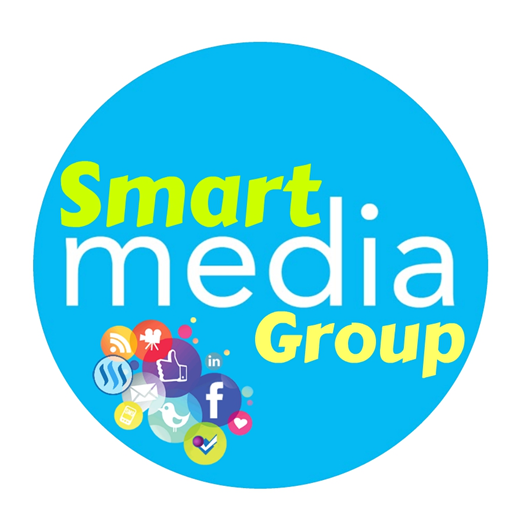 Along the lines of the Five Star movement, SMG's vision is to be a decentralized movement to come together collectively between communities and become a content media powerhouse. Instead of just limiting ourselves to the Steem audience, SMG will be working with all communities and platforms and working on all types of media content. So whether you are into gaming, social media, sports, programming, etc. Basically, everything we see on our screens is some form of media and we are all trying to get our content out there for others to see.

We see a lot of YouTubers becoming really successful and usually, those are the ones that are really serious about their content and step up their production value. This is the culture that needs to continue across all platforms so we can continually get great entertainment and information. We are in a digital age and SMG will utilize all mediums to help those a part of the initiative to build a better internet and a better future. We can't do this alone and understand that we need to work together amongst communities to really push for a better change in our societies and for ourselves.

Our first phase of launch and transitioning will be over Discord and will be merging with a couple of established discord servers.

How Will This Work?

We have implemented a feature on the server that allows users to choose what categories of channels they would like to see.

I run my own Discord server and wanted to merge with SMG but I don't want my members in the server to see any of the channels that are in SMG and like the way I have my server set up. Well... we are developing a way to be able to do just that.

I will have the ability to have the exact same channels and setup in SMG and not have to see any of SMG channels. I am able to toggle which channels or communities that I can view within the server.

The image below is @virtualgrowth's Discord server Team VG. He has a simple setup and we are able to have a setup within the SMG server to look like to that to those who choose to only want to view it like that. 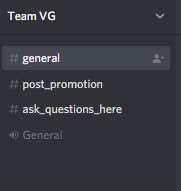 Here is how it currently looks in the FSE/SMG Discord server when new users join.

By typing simple commands in the server, I am able to only view Team VG channels. 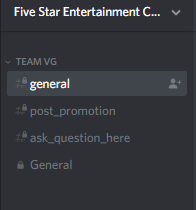 In the GIF below, you can see in action how you would toggle on and off particular channels and what we are currently working towards is toggling particular servers such as Team VG.

What Servers are Merging?

@gyzimo has joined Five Star Entertainment with his server for his @bumper service and plans with @virtualgrowth with his Team VG server to become a part of the Smart Media Group movement.

What Would be The Advantage of Doing This?

It's a growing list of communities and servers not just only on Discord. In particular to Discord, there is a couple reason this would have some benefits.

There are a lot of communities established and are very large. By joining communities together and especially one that is already established with many users, could lead to more exposure to whatever media or content you are trying to promote. You can have a whole new audience to cater to and they have the ability to choose to be a part of it or not within the SMG Discord server.

JOIN THE SERVER TO LEARN MORE!!!

https://discord.gg/MM5vHss
introducemyself smartmediagroup smg discord
2년 전 by smartmediagroup47
$25.47
181 votes
댓글 남기기 27
Authors get paid when people like you upvote their post.If you enjoyed what you read here, create your account today and start earning FREE STEEM!
STEEMKR.COM IS SPONSORED BY

Look forward to being more involved and inviting many people to join in the fun and resources together!

We are looking forward to it as well! Thank you for the early support and the contributions you have made that help made this project manifest :)

It is so great to witness Discord groups evolving into unseen projects. As a part of @fse I am glad that this will be possible as Discord can become quite crowded with already existing groups and many others that are being created as we speak.

Artakush packs his bags in the bush...

Thank you for being part of this initiative and have been a great help in the FSE movement. Time to take things to the next level.

A bird in the hand is worth two in the bush... I bet you can make some decent bots!

Artakush draws in the bush...

Great to see the development. This is an important building block to helping more media producers and content creators in disrupting the industry and furthering the decentralized movement! Proud of you for this big step.

I agree. This will be a challenge and would need work together with communities.

Thanks for being a part of the initiative!

I love the idea to have one server for all crypto or steem purposes since I think everyone that is active in the community is in a lot of servers / telegram and honestly its a pain. Thanks for develloping something like since it is really needed right now. I will try to be active in the servers and try any way I can :)

Thank you and glad you could join us. We appreciate the help you have already done! :)
Look forward to hearing more from you!

Welcome me when i join

Hey @smartmediagroup, want free resteems? All ya gotta do is follow me...

This post has received a 32.26% upvote from @sureshot thanks to: @swagger!

@sureshot is part of the @fivestargroup movement in collaboration with @block-buster Witness.

please vote have me once.

You got a 1.42% upvote from @postpromoter courtesy of @bitcoinparadise!

Congratulations @smartmediagroup! You have completed some achievement on Steemit and have been rewarded with new badge(s) :

Best discord server ever!!! Everyone have to join!
BIG UP! 💪💪

Missions as "A decentralized movement to come together collectively between communities and become a content media powerhouse." may be shared in enterprise as "Discord Records":

As both your enterprises share a name "Discord", perhaps mutually beneficial agreements with "Dischord Records" for promotions of music content in a smart music tour, may pique interests 'collectively'.

Thanks for being a good sport.

How may this be applicable with bitcoin?

Like for a global wage for being a person. Think what they would do for the economy with all those people discovering they have all these bitcoins to commit to consumerism. Come on creative song craft in dance tour.

When it comes to boosting traffic to your website, you have two basic options: pay-per-click (PPC) advertising or search engine optimization (SEO). You can pay for traffic using the PPC advertising programs provided by Google Adwords, Yahoo Search Marketing and others.

"Necessity is the mother of invention" is an English-language proverb. It means, roughly, that the primary driving force for most new inventions is a need. Neologism PR net workers are the delta of popular keyword pools for PPC piggyback bot server strategy, perhaps.

today is my 1st day and want to follow you

✅ @smartmediagroup, let me be the first to welcome you to Steemit! Congratulations on making your first post!

Would you be so kind as to follow me back in return?

Hey @introduce.bot - You're not introducing. You're spamming! Please stop the comment spam @steemflagrewards

Steem Flag Rewards mention comment has been approved! Thank you for reporting this abuse,@yekrats categorized as comment spam. This post was submitted via our Discord Community channel. Check us out on the following link!
SFR Discord

Go ahead. Full support with you.
Steem on.