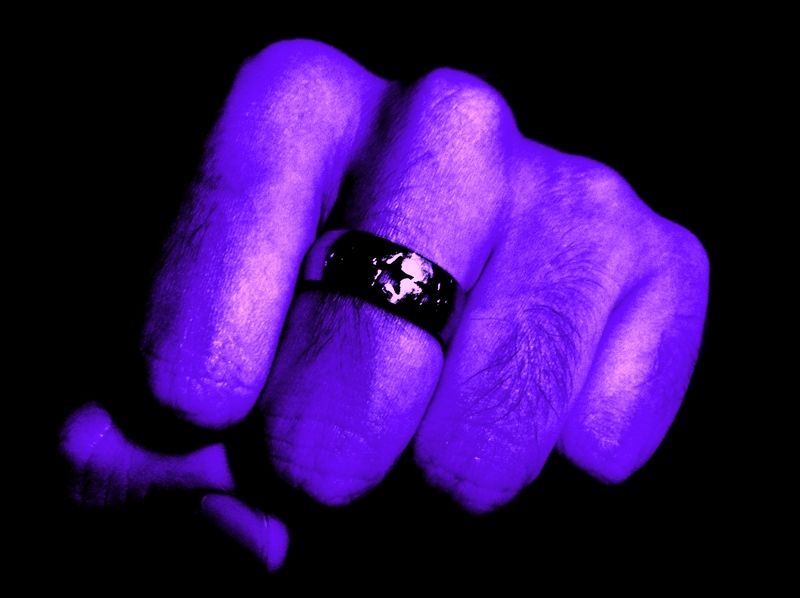 I imagine this is one in another fifty to sixty other introductory posts the viewer reading this has come upon, and in a world so chock full of competition, it is becoming harder and harder for any one individual to get noticed in a sea of his or her brothers and sisters. So if you've read this far already, I am truly quite flattered. And yes, that is my fist up there. Thought it looked good.

So who am I and what's my story?

I am at this moment in the grand spectrum of things, a 19 year-old lad sitting in a rather plush office chair in a not so plush (yet comfy nonetheless) house somewhere in South India.

Let that image sink in.

I just felt like saying that. Christopher Nolan seems to make it work.

So, yes...I'm not too well to do (but then again, how many of us are, really?)
And I'm someone still on that perpetual journey to make his mark in the world, and make sure it's a big one. Those around me tell me I've got some way to go, and I've plenty of time left.

Maybe. Maybe not. Time flies like the Devil when you're not keeping an eye on it.

Point is, I'm jettin' to make it big, and as much as people say money can't buy happiness, it sure as hell can loan it to you for a good few months or years if you've struck the right combination of smart and lucky. So the obvious, principal reason I came to know of this community and the reason I'm here now is to fulfill that ever-growing need for moolah.

That said...this community has an air of warmth to it. Close-knit, kind, ready to help...a sense of camaraderie. And even as an outspoken, self-proclaimed non-conformist, I have always held such ideals in high regard. So if this community will have me...I will gladly offer my service and patron-ship to it, and honour its ways as my own.

And since I am new here, I'm not sure if there's a general length people like these opening posts to be, I will try to summarize in reasonable detail while still keeping things condensed enough not to be too drawn out the basics regarding who I am and what I'm all about.

Professionally...I am currently still working my way through my higher studies, with the ultimate aim of going abroad so I can one day participate in the film industry (behind the camera, not in front of it). As a person, I am someone who believes in all doors being open, and questioning anything and everything one has doubts about, and the more people try to stop you from asking such questions, the more I believe their subjects ought to be probed. My code is about friends, family, loyalty, and looking out for one another (not unlike Dominic Torretto, or Manny the Mammoth from the Fast & Furious and Ice Age franchises, respectively). I have a crew, or a 'squad' as they are commonly referred to these days who are of similar beliefs, and we dream of conquering our challenges as individuals together.

My passions are machines, robots, vehicles and computers, especially enthusiast builds (although I myself can never design any of them, given a certain arithmetic weakness I possess, save for assembling PCs). My greatest passions in pop culture lie in the Transformers franchise (the whole thing, not just the Bay films everybody seems to despise so much, with particular focus on the Aligned continuity), the Saints Row and Grand Theft Auto game franchises, reality-rappers like Ice Cube and Hopsin (crucially, Ill Mind 5 & 7), symbols of achievement like Dwayne 'The Rock' Johnson, most movies in general, especially 'challenging' films like Interstellar, The Prestige, Memento and The Woman In Black, and I follow one Youtuber by the name of KSIOlajideBT (gotta have some crazy and wacky in your life, right?)

Beyond pop culture, my deeper beliefs and pursuits in life are the mysteries of the world we inhabit, the universe that surrounds it, the endgame of humanity's achievements as a species, spiritualism (not religion, just spiritualism), and the unexplored secrets of all of the above. Basically, I've sharper a nose than may be good for me, and the inquisitiveness that comes with it is quite deep rooted.

I'm also in an on-and-off relationship with humility, though deep down I know she's got it way more figured out than I do.

This has been Callistanix, and its a pleasure to be here. Thanks for reading this far if you got here. If there's anything I didn't cover, or anything you'd like to ask me, feel free to drop it in the comments. I'm as open a book as one might hope to find.

P.S: I wanna thank @shayne, the Independent Optimist, for his tips on creating an introductory post. Solid advice, brother.

introduceyourself team squad transformers spiritualism
4년 전 by callistanix52
$18.03
37 votes
댓글 남기기 33
Authors get paid when people like you upvote their post.If you enjoyed what you read here, create your account today and start earning FREE STEEM!
STEEMKR.COM IS SPONSORED BY

Cheers to you for spreading positivity !

Youtube could use more Steemians on its comments threads XD

Reply to this comment if you accept, and are willing to let us promote your gem of a post! By accepting this, you have a chance to receive extra rewards and one of your photos in this article will be used on our compilation post!

'Flattered' doesn't quite cover my reaction to this comment, especially seeing as its only been a few minutes since I posted it.

And yes, I would be quite honoured to have this post and any of its contents used in your compilation. Anything for the community :)

Welcome! I hope you have fun on Steemit! We are growing faster and is good to know that you are interested in sharing some content with us! I am a Brazilian writer and videomaker, living in London. Here I post about photography, travel and stories. Have a look at my profile and if you like it, follow me. Cheers!

Thanks for the warm welcome !!

Nice to hear from you, and I will definitely check out your profile. Love good photographs :D

Congratulations @callistanix! You have completed some achievement on Steemit and have been rewarded with new badge(s) :

Welcome, I hope you choose the right pill, it will not be easy at the start but just work everyday, post a lot and you will see results coming.
I followed you, follow me back please :)

You really like to live up to the name, eh?
I choose the one that shows me the truth. And also gets me mad success and support on Steemit :P

And yes, that is sound advice indeed, and advice I intend to follow as best as I can.

And I will hit that follow button now (really love the fact that you actually left me a button I could press).

Really love buttons for some reason.

Anyway, thanks and cheers matey :)

By the way if you need any help, just let me know. I'm always here for a read. You should drop by the chat and get to know some people.

Advice for the future: Use a couple more pictures.

Stick to it and I think you'll do well here.

And yes, I do intend to join the chat. Just a little pressed for time of late, so I might have to put it off till tomorrow or day after.

Also, that is sound advice...seen a lotta people here recommend that. Can you believe I almost had to make this opening post devoid of any pictures at all in the first place? Really dodged that one.

Its an honour to receive such a cordial welcome here from a senior member (at least I think you're one, still getting used to things here).

Actually I did have one question, just remembered it. In the Quick Start FAQ section, we're encouraged to customize our profiles, but when I try to change my display pic, it tells me to paste a URL of the picture. This is the first time I've ever been presented a customization page with that the sole option to change the display pic. I tried uploading the pic to my Dropbox, and linking it, but it doesn't seem to work. I also tried dragging and dropping like I did with this post, but it just kinda turns the whole window black with my image in the centre and its specifications, but no way to set it or update my profile. How do I go about changing my pic?

Welcome to Steemit @callistanix, I have upvoted and sent you a tip. Check my blogs if you are looking for tips on how to earn more Steem and SBD.

Ah, @earncrypto ...I was just on your page, and I also saw the upvote and the little penny-drop. Thanks :D

hello~ callistanix, Follow & Upvote is a You and I great strength~

And yes, we shall be great strength once I have followed you too.

Wait, are you from Korea?

I know a thing or two about your country if you are, my girl's obsessed with it. Especially the K-Pop.

Hi @callistanix welcome to Steemit. I do hope that you have a wonderful time on this platform, if you have any questions or if there is anything I can help you with do not hesitate to ask, I will be more than happy to help.
If you would like to stay in touch please Follow me @Fshllc

Thanks for the warm welcome, and I hope so too! This place really bustles with activities, stories and the like, tis most exciting! And yes, I shall bear that in mind. And follow you, Senor/Senora ;)

It is an awesome platform, I do enjoy the reads and the quality and value in the content. Have fun reading, writing and earning. Let me know if you need anything @callistanix
You are welcome to visit my blog @fshllc comment, upvote and resteem. have an awesome day

I've actually already managed to write one new post since this intro. Another one's coming soon, and I've been curating, commenting and reviewing as well. Its like all the bustle of Facebook in some ways, except there's a money angle.

And yes, I shall do that @fshllc .

Thanks for the support :D

I pray you share that same luck in your own.

Press ahead undaunted, and cheers :)

Welcome to this amazing community!! Followed. Follow me back 😘

Thanks for the welcome, and for the follow. Will head over to your page and do the same in a moment!

Sure thing @khunpoom, I'd be quite happy to do so, and thanks dearly for the welcome. Didn't think I'd get noticed by anyone this quickly.