Introducing Jury.Online and the (JOT) Token | The Future of Dispute Resolution

Hello Steemit. We are Jury.Online

Judicial systems and legislation across the globe have not kept pace with innovation.

Ethereum smart contracts provide a path towards more transparent and efficient dispute resolution; but ultimately, they are just frameworks for us to build upon.

Jury.Online takes the next step. Shevtsov Alexander Dmitrievich was born on May 20th, 1994, in Minsk, Belarus. He worked on the Mechanics and Mathematics faculty at Belarus State University. He published a Mathematics thesis on The Density of Cartan Subalgebras in the Variety of Abelian Subalgebras of Semisimple complex Li’s Algebras. He also studied at the Moscow Physical-Technical Institute (Department of General and Applied Physics), where he attends the Graduate School of Economics and works on the faculty of Mathematics. Qualifications: Dmitrievich is a mathematician with a background in abstract and theoretical areas of mathematics, engaged in cryptography, and he wrote in several academic journals for universities on topics such as, Advanced Encryption Standard and Hash Algorithms . Dmitrievich is a Blockchain developer, blockchain enthusiast, and he writes smart contracts on Ethereum. Dmitrievich came up with the idea of jury.online while researching new opportunities block chain offers, such as, security, decentralization, the ability to execute trusted transactions in environments where traditionally trust is limited, transparency, and applying its functionality to real world use cases. For Jury.Online, Dmitrievich works with the concept, mechanism, architecture, and security of the system.

I’m interested in blockchain because this technology, and cryptography, in particular, are ones of the very few spheres of abstract mathematics, with matchless beauty and elegance that can be applied in the real world. -Shevtsov Alexander Dmitrievich Konstantin Kudriavtsevwas born on February 10th, 1979, in Dnepropetrovsk, Ukraine. He graduated with a degree in Technical Cybernetics from the Dnepropetrovsk State Technical University of railway transport in 2001. He published a thesis on Сomputer Based Model of the Brain, on the Example of Handwriting Recognition.
Qualifications: Kudriavtsev worked on the development of fault-tolerant, high-loaded information systems. He has work experience in the largest banks such as PrivatBank, AlfaBank, and he worked in London at UBS Bank. In 2008, he opened with a company, which is fully set up all workflows, mobile application, IoT. In general, Kudriavtsev has a sound background in all related Blockchain technologies on an individual level, such as p2p protocol, encryption, etc... He developed an interest in Blockchain technology when he saw the opportunity to combine these fields. Kudriavtsev came to the Jury.Online (DEV. Team) when there was a need to recruit the most technical specialists in the blockchain technology. He now manages all work processes. 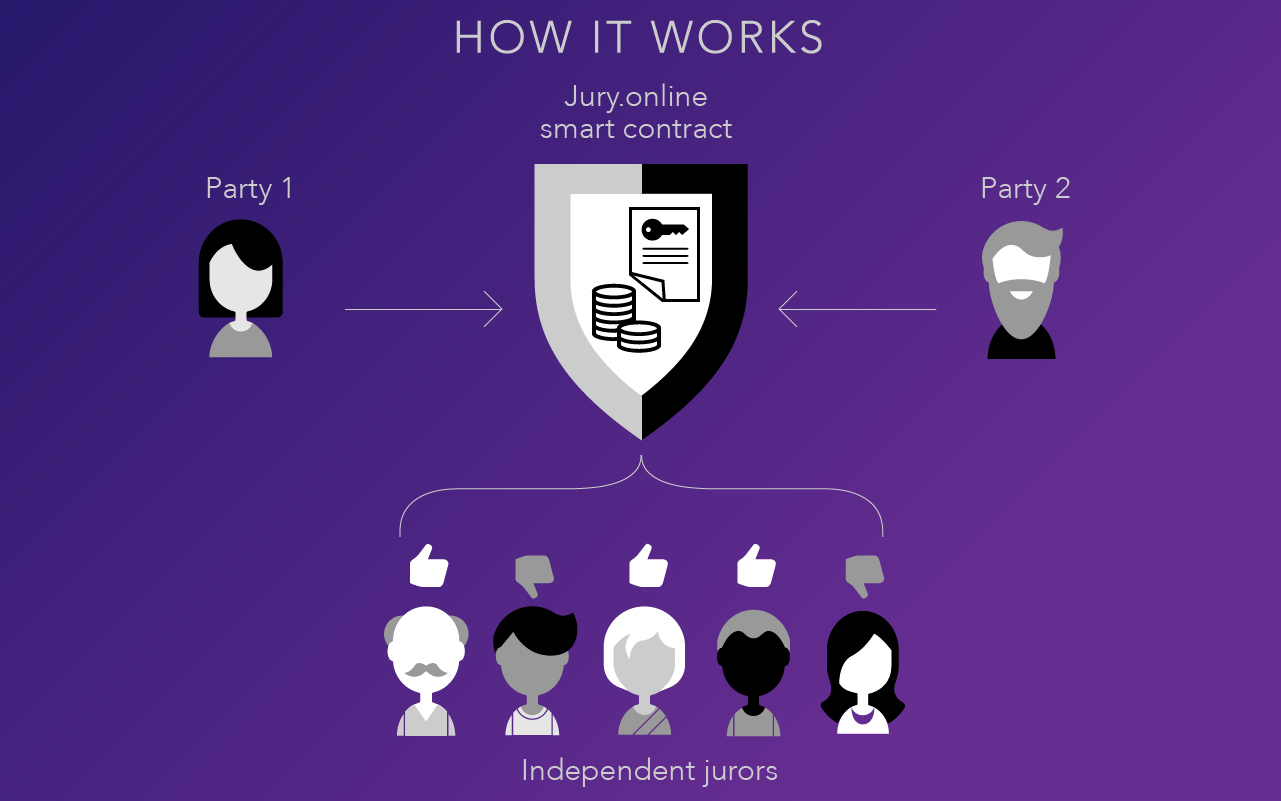 The following is a brief explanation of jury.online and the JOT Token. For a more in-depth understanding of the protocol see our whitepaper. 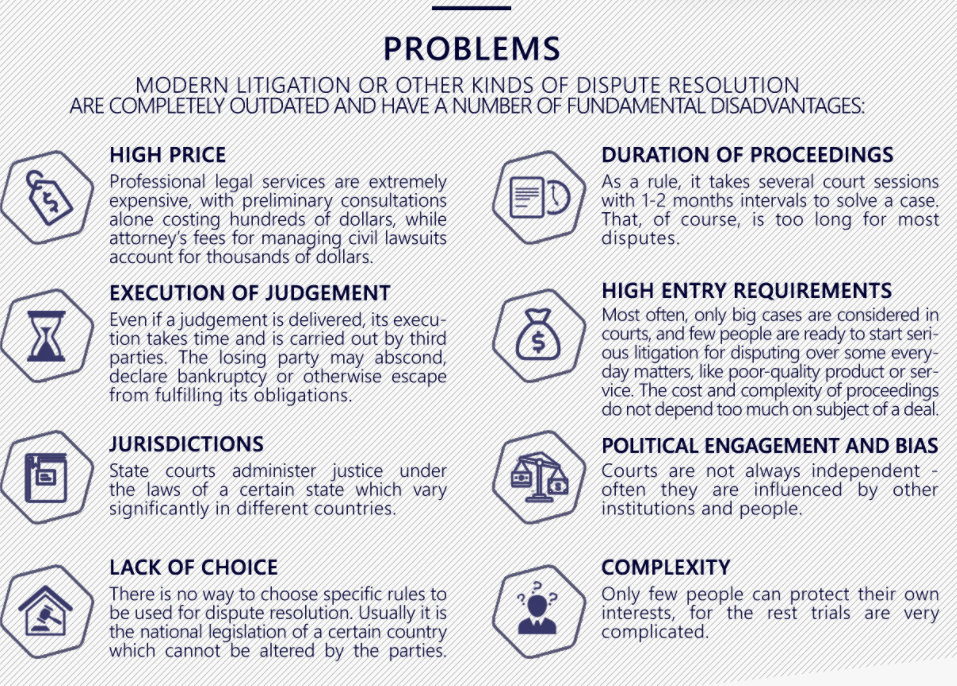 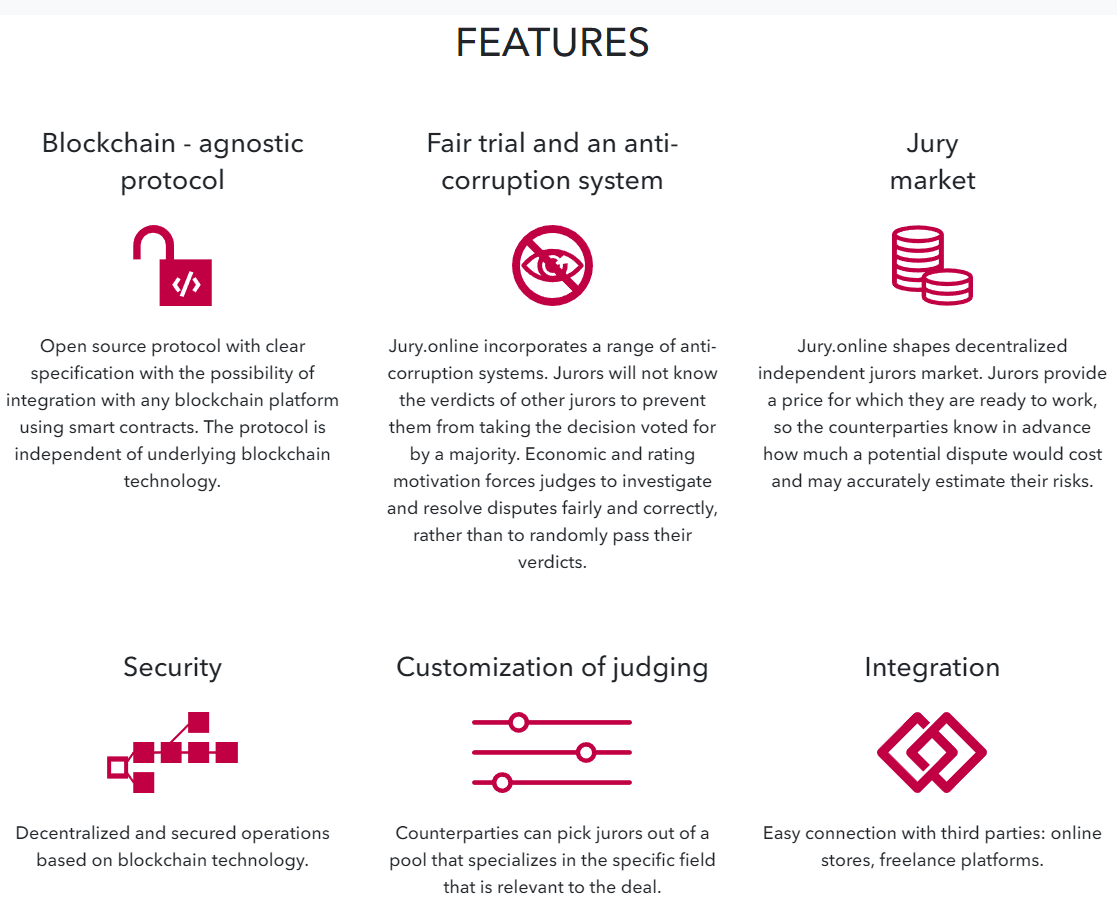 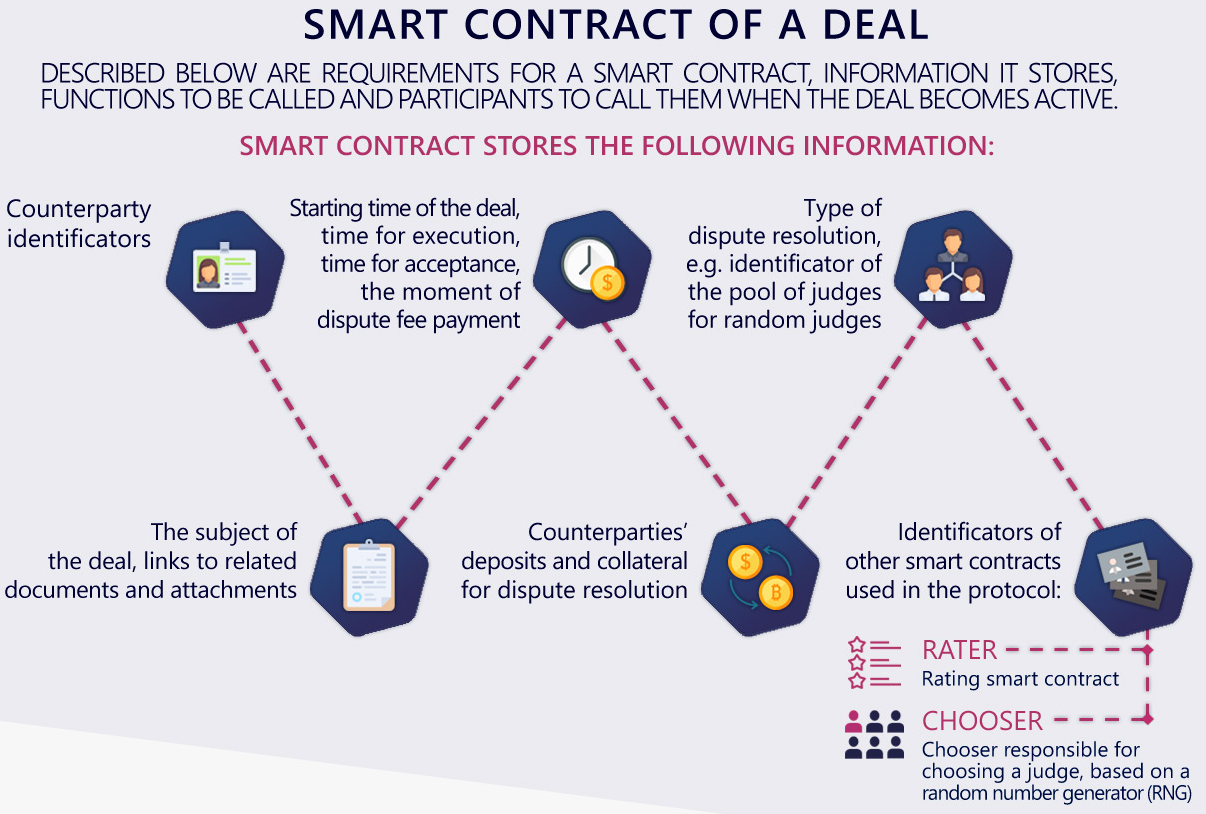 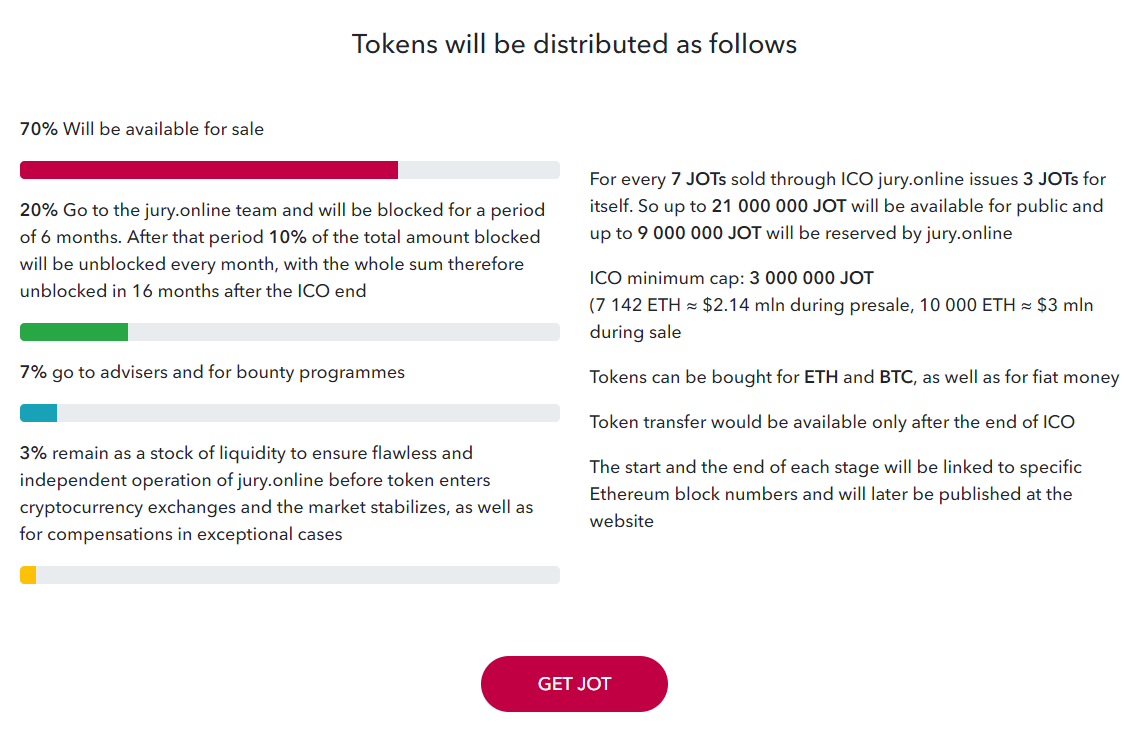 Have Questions? Join Our Telegram Community

Note: Anyone who links to our introduction post and writes about Jury.Online using #juryonline will get a whale vote, beyond bit vote, or some form of paid boost on their post, depending on meeting the above criteria 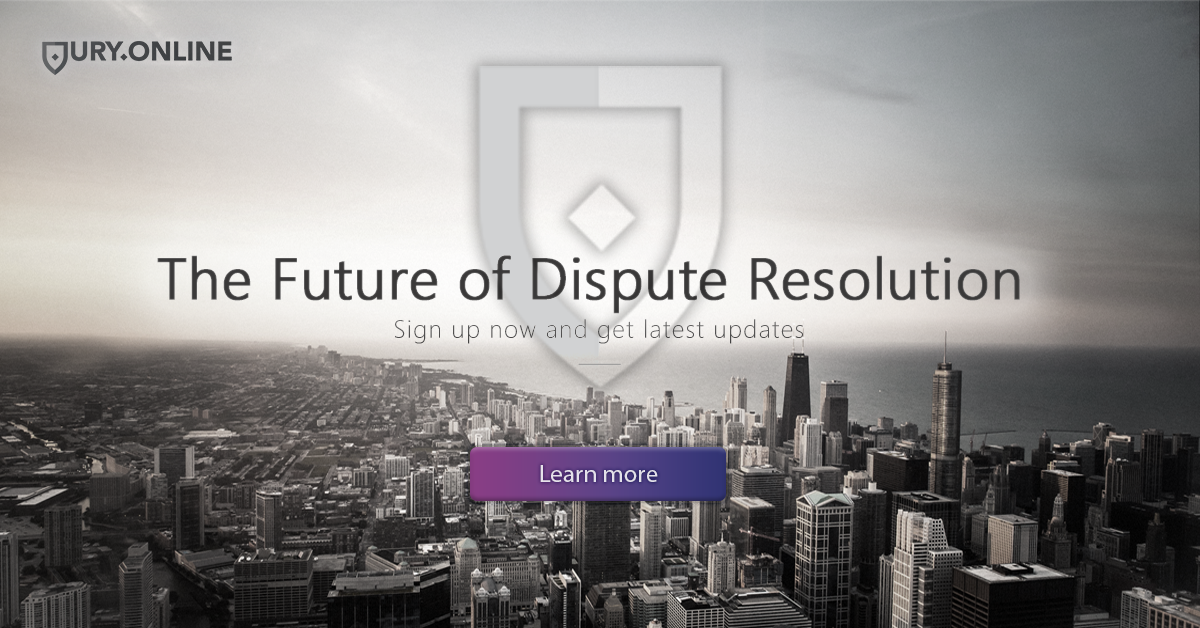 introduceyourself introducemyself cryptocurrency blockchain juryonline
3년 전 by jury.online58
$85.21
224 votes
댓글 남기기 61
Authors get paid when people like you upvote their post.If you enjoyed what you read here, create your account today and start earning FREE STEEM!
STEEMKR.COM IS SPONSORED BY

This will be game changer.

your post is very interesting, I am waiting for your next post. hopefully there are new things that i read

When two or more counterparties wish to issue The deals are executed via smart contract operation. Counterparties of the deal agree to the terms of the deal, then deposit funds to the smart contract of the deal and afterward fulfill their obligations. In case of dissatisfaction of any party due non-compliance with the commitments, the deal can be revised by a panel of so-called anonymous “jurors”, delivering judgment in favor of one of the parties.

The Jurors for dispute resolution are randomly selected by a secure random number generator operating via smart contract. They are grouped into pools based on their specialization, e.g. pool for disputes in the IT field, graphic design, etc

ury.Online is a system designed to utilize the power of smart contracts in order to deliver a quick, objective and reliable decision in any dispute. The system puts an end to legal complications and costs, makes the entrance threshold accessible. Decentralizing justice, using a safe and secure blockchain based system that connects the jurors and the consumer online for a quick, cheap and automated solution.

tnx i followed you and i will check it out , your telegram group i mean :)

@jury.online Well done for sticking at it! Followed.

Thanks for sharing :-) @jury.online I am following. Best of Luck !

No legal value. Impossible except if gov's give you some official juridiction, which they won't. That is not how the law works. The law tries to regulate and govern conduct of society. Eventually the dogma of legislation falls behind the status quo's thinking on what is ethical and civil, so the most necessary adjustments to the law are made. Bureaucracy, litigation, "red tape" are all expensive and very limiting to decentralized operations seeking to progress the growth of crypto-currency as a legitimate solution to global problems. So there is definitely a need within crypto commerce, so even if @jury.online just became the official legal process for decentralized businesses, THAT WOULD BE ENOUGH. As this poses the possibility for more accurate "blind" justice, it can be assumed that most forward thinking businesses and individuals will opt-out of traditional contracts and go with something less costly to enforce, and if an agreement written on a napkin can stand-up in a court of law, then you can be certain this will as well, except it's self executing so keep your dated judgment process through bias-based juror selection, I rather be governed by protocol and blind expert consensus.

Great job, I am still reviewing the whole system. So far so good. Ingenious and a step in right direction.

Interesting.... Will def keep an eye on this

This post has received a 0.58 % upvote from @drotto thanks to: @steemthat.

This wonderful post has received a bellyrub 12.58 % upvote from @bellyrub thanks to this cool cat: @jury.online. My pops @zeartul is one of your top steemit witness, if you like my bellyrubs please go vote for him, if you love what he is doing vote for this comment as well.

This is very interesting and welcomed by most. How do your lawyer friends feel about it?

This post has received a 6.61 % upvote from @buildawhale thanks to: @jury.online. Send at least 0.50 SBD to @buildawhale with a post link in the memo field for a portion of the next vote.

To support our curation initiative, please vote on my owner, @themarkymark, as a Steem Witness

Hello good post my name is Yudexis Jaume and I am from venezuela can you give a vote to my last post?

This post has received a 22.73 % upvote from @nettybot thanks to: @jury.online.

It is good for TV Show, imagine the possibilities!!

This post has received a 35.71 % upvote from @lovejuice thanks to: @jury.online. They love you, so does Aggroed. Please be sure to vote for Witnesses at https://steemit.com/~witnesses.

Interesting project but why not to build it on Steem blockchain and make your token with SMT?

Hello @anforo, I would like to explain to you that Jury.online system works only with smart contracts in order to escrow money and in case of dispute provide independent jurors (arbiters) with certain qualification so they can make a decision who is right and who is not. Steem doesn’t have smart contracts, to my knowledge, but it is a good system for other purpose!

what are the fees associated with using jury.online?

Congratulations @jury.online, this post is the most rewarded post (based on pending payouts) in the last 12 hours written by a Dust account holder (accounts that hold between 0 and 0.01 Mega Vests). The total number of posts by Dust account holders during this period was 3642 and the total pending payments to posts in this category was $400.33. To see the full list of highest paid posts across all accounts categories, click here.

This post has been verified as a quality post and received a 50.00 % upvote from @binkley thanks to: @steemthat. 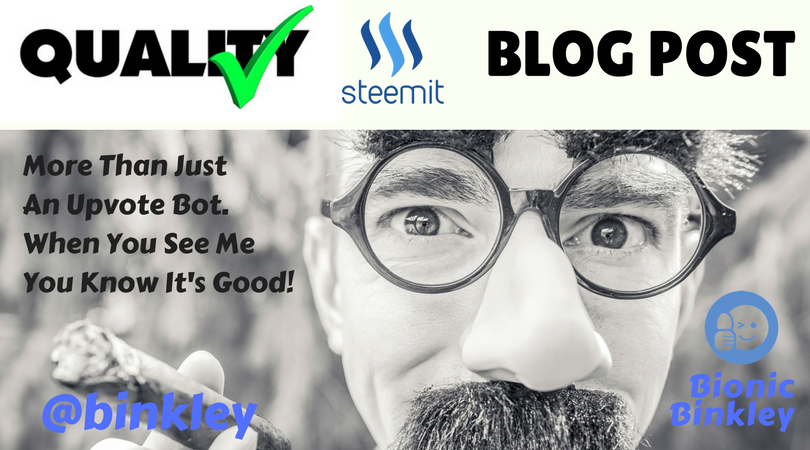 . Please Upvote My Comment To Help Me Verify More Posts.

This post has received a 16.67 % upvote from @binkgirl thanks to: @steemthat. Your Comment Upvotes Help Us Both Grow. Thank you!

Perfecto! More People Should Upvote This post which has recieved 10.00 % upvote from @cbcheek Be Sure To Say Thank You To @steemthat. Please Upvote This Comment To Help Me Grow!

Upped and followed! Definitely an interesting idea.
If you want to follow me, I'm doing new ICO reviews several times a week and will cover many ICOs before they start.
For the people in this comment section - if you want to be the first among your friends to know about new projects and potentially hit it big, follow me @andreashauser

Sounds great @andreashaur, I don't know if you saw in our post but we offer WHALESHARE and BEYONDBIT upvotes to those who post about and link back to this introduction article. However, we encourage you to really look through our post, website and the whitepaper and only if you truly believe in the project should you write about it.

You Are An Excellent Steemian. This post has received a 50.00 % upvote from @steemthat Return the favor and SteemThat Person Back: @steemthat.

This post has received a 16.39 % upvote from @steemdiffuser thanks to: @steemthat. Steem on my friend!

I have made a post for a introdution of jury.online and its great site
you can boost and promote my post thank you
https://steemit.com/juryonline/@bikalsiwakoti/introduction-of-jury-online-and-token

Congratulations @jury.online!
Your post was mentioned in the hit parade in the following categories:

This post has received a 8.20 % upvote from @booster thanks to: @jury.online.

Interesting take on dealing with disputes. img credz: pixabay.com
Nice, you got a 3.0% @minnowbooster upgoat, thanks to @jury.online
Want a boost? Minnowbooster's got your back!

The @OriginalWorks bot has determined this post by @jury.online to be original material and upvoted it!

For more information, Click Here! || Click here to participate in the @OriginalWorks sponsored writing contest(125 SBD in prizes)!!!
Special thanks to @reggaemuffin for being a supporter! Vote him as a witness to help make Steemit a better place!

i am new in steemit.
your post is very interesting, I am waiting for your next post.
please visit my post and upvote.
some powerfull upvote change my steemit life..

You welcome @Jury. Online to steemit.just a little advice, to succeed here you need a lot of diligence and patience. Enjoy the journey even as the funds flow in. I upvoted you. You can follow me so we can connect. Goodluck

Hey I am robot everyday i will upvote you and comments you+Follow you so now follow me and upvotes my posts,,,,
Okk my friends?
Thank You so much