"Amateur human being" - my presentation on Steemit [ENG] I created my Steemit account three months ago, but I realized I hadn't written a presentation post in English yet. Here I am to try to fill this gap. Nearly a month ago, I wrote a presentation post in Italian, but the vast majority of my followers aren't Italian speakers, and almost all my posts are in English or bilingual. This post will be a sort of translation of my previous presentation, with some minor changes.

When I filled out the fields in the profile, at the entry "about" I wrote: "amateur human being". This small, ironic definition took me away more than once from the hindrance of defining myself on the net. It sounds like weird - and I love verbal oddities - but I like to think that there's more underneath. "Amateur" derives from the Latin "amare", which means "to love", so an amateur is a person who dabble and delight herself in something. I call myself an "amateur human being" because I delight in many things, trying to feel alive, and above all to feel human, in a world that I perceive as depersonalizing on various levels. I don't want this speech to go into an inconclusive anti-system rebellion, so I will not further detail the thought. It's enough to say that I often had, and still have, the feeling of being out of place in life and perceiving all my mental and emotional energies suffocated by the daily monotony and sordidness. Hence the need to escape, precisely "delighting" of a bit of this and a bit of that. The downside of being an amateur is the lack of deepening. Since I have so many interests, I tend to jump from one to another without the constancy necessary to master one thoroughly. "Jack of all trades, master of none", say the English speakers, an idiom who suits me well. 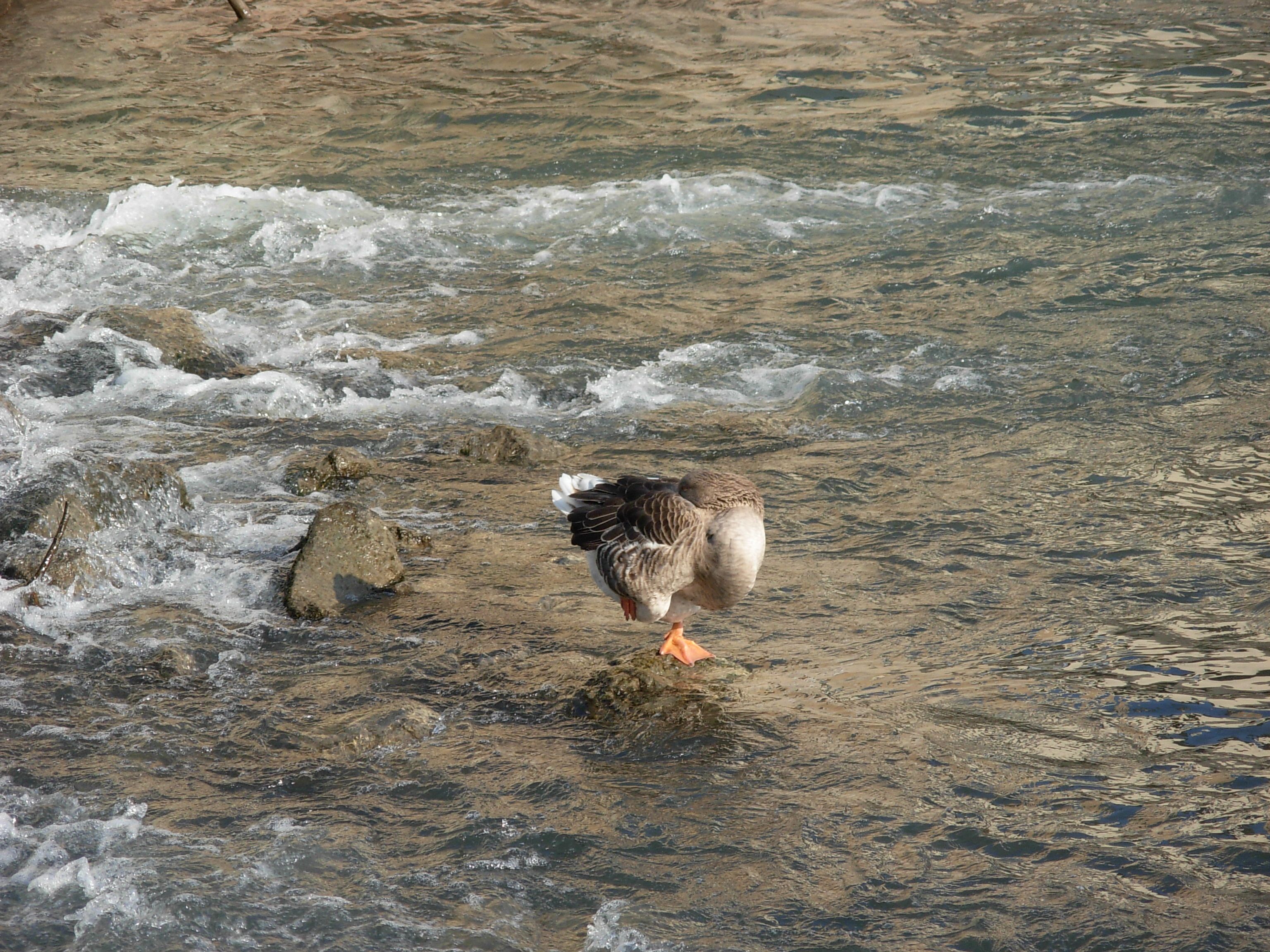 Speaking of doing a bit of everything, once in a while I can make a decent photo

When my dearest friend @f3nix (how strange to call him like that, but I'm not sure he would agree if I use his real name on this platform) told me about Steemit, I created an account without knowing what I was doing, acting again as an "amateur". For this, I didn't have the same care as him in choosing the username and now I appear with my real name, Marco Riccardi. In hindsight, I found a nice nickname, MyEye, that matches the profile image (tautologically, a reworked photo of my eye, which I lazily recycled for years in accounts of all kinds), but Steemit doesn't allow me to change the name, or, in my erratic exploration of this medium, I haven't discovered how to do it yet.

I'm not an expert on cryptocurrencies. This is my first experience with the blockchain. What intrigues me about Steemit is the fact that every step of the mining process is linked to a sort of human interface: the posts that
users write. Forgive me if I'm writing some blunders, I'm not interested in impressing anyone showing some sort of knowledge or dialectics superiority.

I noticed that many publish here creative posts: stories, poems, very significant life memories, photos, illustrations, recipes... There's not just "cold" finance, and I like that. When I joined, my friend f3nix had entered a group of American or English writing users, so it was enough natural for me to publish in that language and make myself known in the same circle. This is why in over thirty posts, only a few are written in my mother tongue, and generally they're bilingual posts. It's also a way to improve my English, and I strongly urge you to correct my grammar in the comments!

The users with whom I have established a relationship of mutual reading and commentary - I do not speak of the upvote, because my power in this sense is still very low ($ 0,02 at 100% power), but slowly I'm making moves to progress, for now I'm a very small and wandering minnow - they're engaged in a daily challenge called #freewrite, which consists of writing, without thinking, for five minutes, following an initial prompt that can be a single word or a short sentence. This gives life to posts that vary from the flow of consciousness, to the short story, to extemporaneous poetry. So, this is the main kind of post I do write here. Dori, a type of minnow I feel I belong to

I'm also going to talk about role-playing games, because they're always been my passion, and I'm also an author, developer and editor, with eight publications that bear my name for various reasons in the last ten years. The role-playing game I've been working on for the last couple of years is called Shintiara, and talks about temporal paradoxes in a magical world. I'm one of the three authors, and I'm having a lot of fun to see how far we can push this self-production. I've already talked about it in my first post, and in this one. I think I will continue to write about it widely, because I'm convinced that this hobby, so creative and stimulating for the mind, so socializing, doesn't have the fame it deserves. Also, more selfishly, I want to use all possible channels to make Shintiara, which I'm very proud of, known. 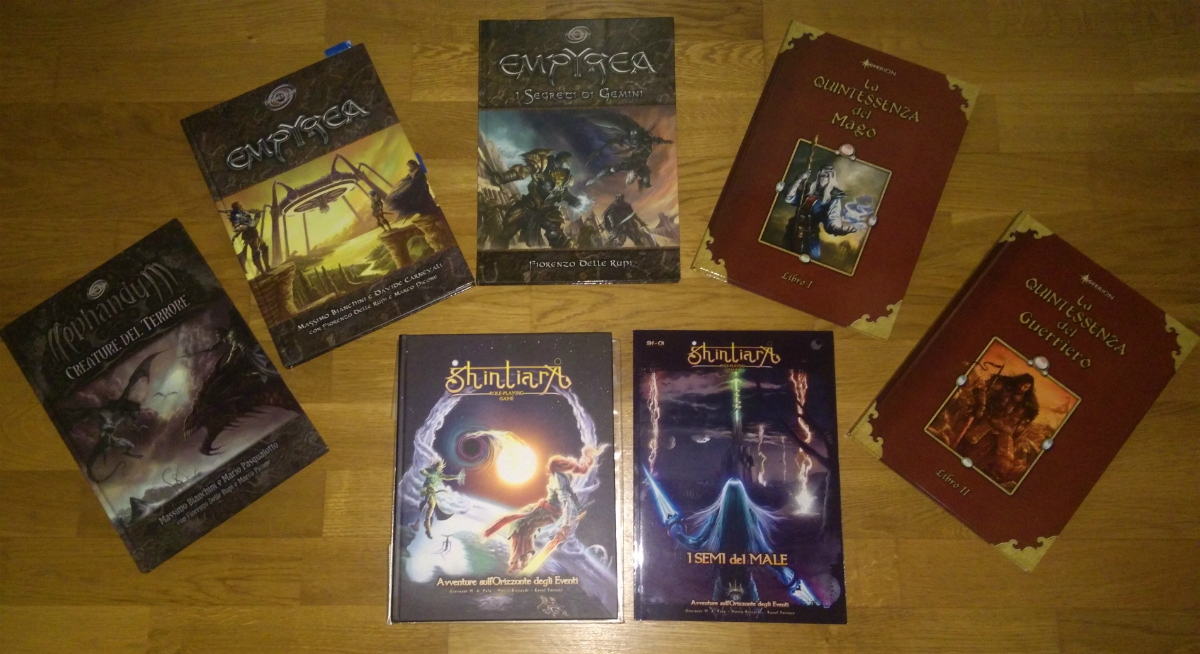 My creative part does not end here. Sometimes I feel the need to express what I feel in a poetic way. I have written a fair number of poems over the years and, in particular, I have approached the study of Japanese haiku (俳句) and senryu (川柳). I can not read Japanese, but thanks to the fervent community of the Italian Haiku Association, of which I was a member until the dissolution (alas), my "delight" and playing with these poetic forms could develop into a personal Italian contamination, and not only (I have also written someone in Spanish and English), similar to the gendai (現代) movement, i.e. "modern".

All these poems, as some short stories, and other non-definable foolishness, ended up on my blogspot page, which is in a state of abandonment for a lot of time. Now they could end here, in future posts.

I think that presentation can be enough. I haven't written anything strictly biographical, I haven't trespassed in the field of philosophy of life or deep reflections, I don't have an impressive closing catchphrase. I chose to write simply what I'm doing and what I'm going to do here:

delight myself and, I hope, delight you!

All images are my own unless otherwise cited.

Thanks for reading! If you liked, please let an upvote, a comment or a resteem.

introduceyourself ocd-resteem gaming poetry freewrite
2년 전 by marcoriccardi59
$1.08
27 votes
댓글 남기기 15
Authors get paid when people like you upvote their post.If you enjoyed what you read here, create your account today and start earning FREE STEEM!
STEEMKR.COM IS SPONSORED BY

From another person who quite often feels out of place... I enjoy your posts and am glad to learn more about you. :)

Thank you, @byn 😀 Your appreciation means a lot for me

Seems that those of us who feel without a place are working at making Steemit ours. (Or at least trying to.) It is a beautifully written introduction @marcoriccardi! As for being a jack of all trades, it's great to think of all the fun you've had exploring new ideas!

Maybe that's our strenght: to feel out of place and explore other virtual places :)

Thank you for sharing more of yourself in this post. there was so much in here I could relate too so just know you are not alone.

I think when you feel so deep you open yourself up to all the emotions good and bad. You need to find a way to shield yourself from those emotions sometimes. you can get hurt more than one should.
I for one am so happy you joined Steemit as I love your stories and posts. I learn a lot from you and that makes my day. I hope you keep sharing in a way you are comfortable.
I too go slow, I don't have the energy to go fast. lol but I'm having fun without wearing myself out and that I think is the key.

Oh and NEVER, EVER take English advice from me! :D

Thank you very much for your sincere and passionate comment, Snook. You're so sweet!
I used to shield myself from emotions, my shield is black humor and sarcasm, but now I let them flow more...sometimes it's good, sometimes it's bad, but one thing I learned from yoga classes (Yes, another of my many dabblings in something...) is: "nothing is under control, relax!" :D

PS. For the English: if you keep understanding what I write, I'm happy with that! :)

PPS: I had to edit the comment because my phone keeps auto-correcting what I write substituting English words with Italian ones

funny you should mention yoga! when I wrote that I was thinking about a YOGA class I took with Dr. Maung Gyi One of the things he taught was how to build a wall of energy around you so your body could rest from all others emotions dragging you down.
It's good to feel!! with that I do agree but for me, sometimes, you can feel too much and need a rest.

Very interesting! Perhaps there are different relaxation techniques...my yoga teacher used to tell me to let all the emotions and thoughts flow outside with the expiration, without trying to hold back, then look at them with detachment and let them go ;)

Great to read your story. I have family in Empoli. Buon Natale 🎄

The @OriginalWorks bot has determined this post by @marcoriccardi to be original material and upvoted it!

Marco I would recall what you wrote to our dear friend @snook .. I have to say that I'm liking the way your innervosire being is changing and evolving. It's true, you used to shield a lot your emotions but now that you're opening your heart.. it's like if some poisonous gas is spreading from a dark cave within earth's bowels .. buahaha 😜