This is just going to be a relatively brief overview with some things to watch for as well as some resource links. I was going to write a thorough guide, but I was over looking at the Wikibooks pronunciation article and it's actually really great if you want an in-depth description. 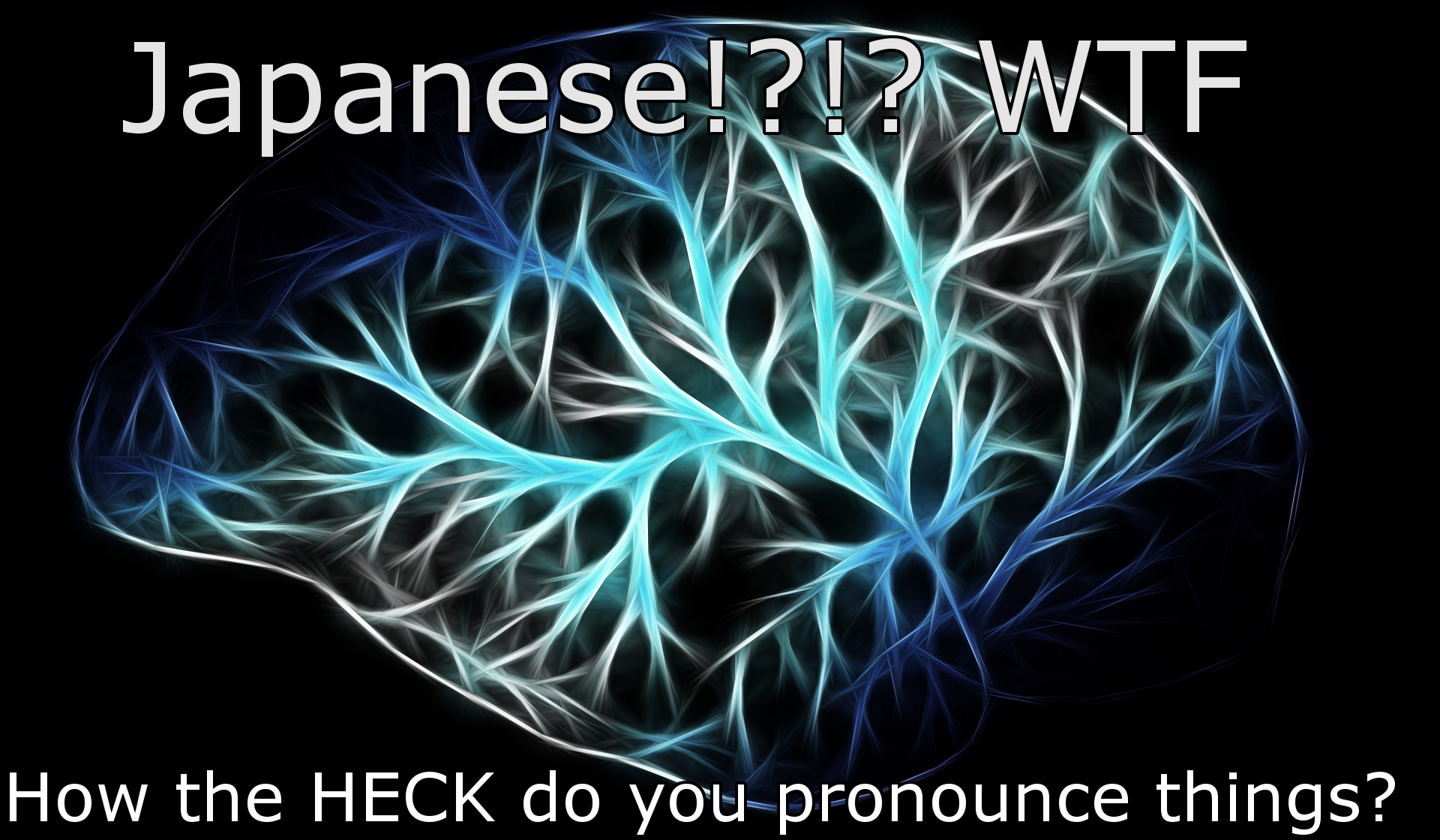 Japanese pronunciation is relatively easy for an English speaker. Probably easier for someone who knows Spanish or Italian, but it's not too bad. There is 5 vowels and 14 consonents, and they're all pronounced consistently. The vowels are more or less the same as in Spanish/Italian, and the majority of consonents can be approximated pretty easily from the romanizations.

The consonants are generally paired with vowels, with some exceptions. N(m) and all of the vowels can fly solo.

This would be a good time to mention that I highly DISRECOMMEND using only romanization to understand how to pronounce things in Japanese.

The whole system makes more sense if you become proficient in reading Kana. a standalone "n" is actually a different sound than an "n" paired with a vowel (na,ni,nu,ne,no). When standing alone, N/M(ん) in japanese is a NOT like an N generally is in English; instead it sort of sounds like humming. If you take your tongue and act like you're going to say "gnat" or something and just hold the "n" sound and hum, that's sort of what you're going for.

If you pair it with a vowel, such as in No(の), then the pronunciation is pretty close. The difference between En and Jp no/の is that the "n" sound is kind of short and sweet in Jp.

In fact, if you carefully listen to a native Japanese person speaking you may be able to notice that when they use consonents they sort of micro-stop on the consonants. I think that English speakers tend to kind of muddy their speech with the consonants whereas in JP the consonants seem to be sort of short and quick in their pronunciation.

Even with a double consonant (such as in kitte/きって) the pronunciation is still short and quick, it just has a pause before you actually say the "t" sound. The exception being with that trixy ん sound from before, like in ko(n)nichiwa. There you actually end up holding the N sound using that humming nasal pronunciation as above.

Basically every consonant pair, vowel, and ん take up one "beat". So if you were to set a metronome to someone speaking in rhythm with that metronome, each syllable would fill the same amount of space.

So, for example, Arigatou is A/ri/ga/to/u -- 5 beats; Konnichiwa is Ko/n/ni/chi/wa -- again, 5 beats.
It's actually pretty important, because if your timing is off you could end up saying a different word. For example: ki/te (2 beats) and ki/t/te (3 beats). Also, since I mentioned Arigatō:

If you can do a Spanish R, it's pretty much the same except for kind of vanilla with there being no trills or anything funky... If not, it's sort of this sound that's in the middle of "r"&"l" with a little bit of "d" sprinkled in. Stay away from those soft rubbery arrrrr sounds. If I'm saying RO in Jp, it's more like if you're saying doe with your tongue in the shape it would be if you said low than having your tongue on the bottom of your mouth when you say row... If that is actually intelligible to anyone other than myself.

Another minor point is that sometimes they kind of skip their vowels. Not a big deal if you say them with the vowels, but a native speaker will probably skip them if speaking quickly. It's also pretty common at the end of words to kind of half-say the vowel. Examples: su/ki becomes s'ki, ki/ke/n becomes k'ken, and the ubiquotous de/su becomes des'. They tend to still mouth the vowel - it just doesn't get fully voiced.

Last thing to watch out for is pitch accent & intonation in Japanese. Now, if you were to try and memorize all of the different accents in Japanese and how they affect meaning you'd probably just end up giving yourself a splitting headache. Good news is that it's not anything worth stressing over or going out of your way for. I take this point from Niko's Course (mentioned in my LJ#1 post), not being highly proficient in Japanese myself, but apparently context is far more important. So just be aware that there is a pitch accent and try to emulate native Jp pronunciation. (How the heck do I pronounce this crap??)

Overall, when actually trying to pronounce Japanese (or really any language you're learning) you kind of want to be hypercritical of your pronunciation so that you can avoid falling into bad habits. And be open to changing the way you pronounce things if you find that you're not doing it right.

Pretty much everyone universally knows Konnichi(wa) (こんにちは) and Arigatou (ありがとう), but most of the time when I hear English natives say them they murder the pronunciation. I hear a lot of konitchywa and arrihgato... Not that I pronounce everything perfectly, but I pay attention to the way that I pronounce things for that reason.

You just have to put in a lot of care and effort into learning the pronunciation is all. Learning a language is work. If you put in half-assed effort you're going to get half-assed results.

Bad joke, but my mom always told me that if I was going to do something I should use my whole ass insead of half assing things.

So, now you know how to listen to Japanese for pronunciation. If you want a detailed guide on the pronunciation of syllables, I recommend checking out the article and videos below.

Thanks for reading! Have a Super Rad kind of day.

Side note: You might be wondering what those squiggly things are above in parenthesis. Those are Kana; specifically Hiragana. They will be discussed more at a later date, but they're really not all that scary. It took me a day or so to learn them all and I pretty much just review them to keep em fresh.

PS. If you want more detailed information on this stuff, check out this pronunciation article... they really did a good job on it...

PS: I would be interested in a footer for my posts, if anyone would like to design one for me... I'd be willing to toss some SBD over for it.

japanese education brains blog
3년 전 by brains57
$46.81
50 votes
댓글 남기기 38
Authors get paid when people like you upvote their post.If you enjoyed what you read here, create your account today and start earning FREE STEEM!
STEEMKR.COM IS SPONSORED BY

I am teaching Hebrew here on Steemit and it has been rewarding for me. There are so many who would otherwise need to pay for lessons and they are very generous. Steemit seems the perfect match - students learn for free and you get paid by their votes.

Your lessons seem more indepth than mine, I wish you success as I follow and learn. Thank you.

Thanks! Maybe I could learn some Hebrew too, but I think my brains would explode if I tried to learn any more languages right now. Good luck to you!

im following you 2 and trying to keep up.. :). you are doing very importatant thing!

you both are doing a fantastic work on steemit @hebrew @brains i wish you all the best keep spreading knowledge and light the world :)

@brains @hebrew , both are doing important work on this forum. Sharing is caring. Keep up the good work.

Nice bro.. It's interesting post..Thank you for sharing👌👍😃

How do you do? @brain, thanks for sharing me your good post. I am from Indonesia and I love learning foreign languages. Now I am able to speak English and Italian. I learned Japanese at senior high school long time ago and I still remember how to write Katakana and Hiragana as well. I got some points of your post. You are a good teacher! I followed you already.

Have a nice day.
Regard from Indonesia.

great work there ,,about the footer u can inbox @ogochukwu he might link u to some one who can do that for you

A very good and informative article. I have come to learn Japanese before, I even bought a textbook. But I did not achieve success. Now my daughter and I dream of traveling to Japan. I will read your articles, maybe this will help :)

true, @hebrew and @brains really help us in understanding the foreign language in particular. we expect them to be consistent in making postings about the science of the language and teaching us

Thanks for making this post @brains i saw this post someone resteemed it and i am glad to have check this post out today thanks for it i need to catch up with the first lesson :)

Thanks you! You're in Aceh right? You got some nice pictures over on your blog. I like it :) Do you come into contact with Japanese people/language there at all?

I like to mingle and find friends as much as possible to learn science, whoever he is and where he comes from, love peace and always want to learn..thank dear friend @brains

Wow, great. I love it. Science reveals so much about the world around us. I love meeting people from all over and finding out about their perspectives; you can learn so much that way. One of the big reasons I'm on steemit ;)

thank you friends and I really like the comments from you, in steemit I feel in the circle of science is very extraordinary from all corners of the world, thank you for sharing my friends and I will wait for posting from you next @brains

Thank you 😘 for sharing @brains

Thanks for making such tasty food ;)

You are welcome ☺️

Thank you for teaching!

Thanks for reaching out ;) You have some really beautiful pictures over on your blog!

This is great. A few of my friends have taken Japanese over the years, so I was able to pick a little bit here and there. This post gave me a lot of clarification that you just won't get in a classroom.

Thanks! Clarification was the goal ;)

thanks a lot my friend @brains