I’ve never been what you’d call ‘healthy’. I was a sickly child and a weakling of a teenager. No sports for me, I just couldn’t do them. I have something wrong with my spine, it’s twisted and curved. That leads to all sorts of complications because my legs don’t ‘hang’ level from my hips and that means I ‘throw’ one leg out to the side as I walk.

Because my spine is curved, it also compresses my internal organs, mainly affecting my lungs, but also, to a lesser degree, my liver, kidney and spleen. My heart is doing brilliantly – considering everything else – allegedly. Yeah, thanks for that…

They do seem to want to be with me, even the more wary ones.

I have never been harmed or hurt by any of the animals I’ve encountered. None have tried to bite me or claw me, even when I tend to their wounds or check their frail body for injuries. They all seem to know that I’ll never hurt them.

There was one cat, a mangy, battered old thing – she wouldn’t allow anyone else to come near her – only me. She chirruped when I called her, like a little kitten or a well-cared-for housecat. But then, in the next moment, if anyone came within range, she’d hiss and snarl like a wildcat.

She did seem to love me though.

When she was close to dying (and my mum warned me she wouldn’t be with me for long) ‘Kitty-cat’ came to me rather than run off to hide like her species does usually.

I wanted to take her to the vet but my mum couldn’t afford the fees and she said there wasn’t much point anyway. The poor mangy thing was almost gone. 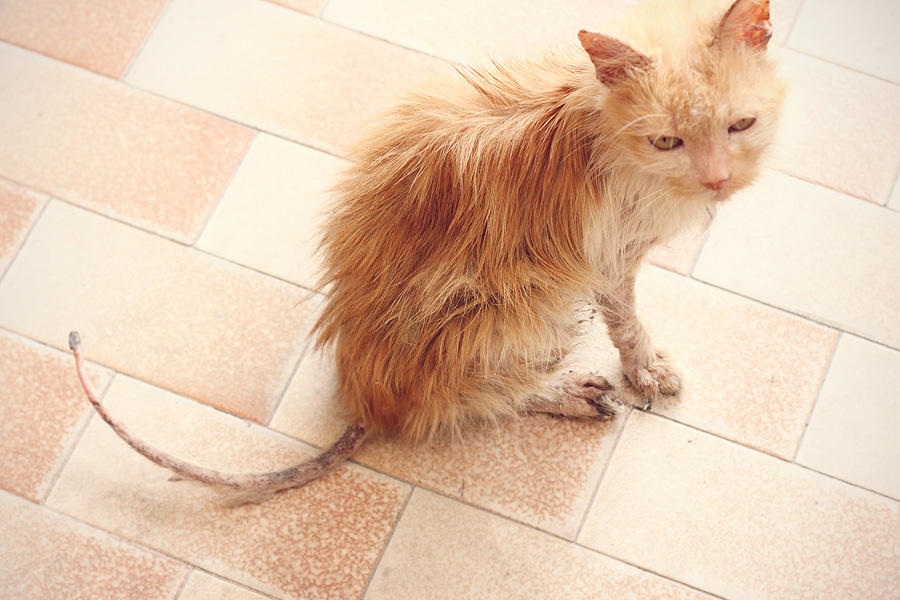 “Kitty-cat,” I whispered to her, tears dropping onto her fur. She looked up at me and gave that one last chirrup and then she was gone.

After that, I used to see her frequently and I’d hear that light, cheerful chirrup even more often.

The night that I was ill with a fever, my lungs burning, the squashed kidney of the two aching like I’d been kicked and blood in my pee, I really thought I was dying.

“Kitty-cat,” I said. “I’ll see you very soon, I think.” And I felt a weight hop onto my bedcover. I heard the cheerful greeting chirrup and heard her loud purr. I truly believed she’d come to fetch me across to the other side and I would have gladly gone with her.

But no, she wasn’t there to fetch me, she’d come to make sure I put up a good fight.

I stroked her mangy coat, threadbare in places, and I whined that it hurt so much.

“Please just take me with you, Kitty-cat,” I said and she swiped my hand with one paw, her claws tucked away so as not to hurt me.

I had antibiotics and a warm drink and a cold drink by my bedside and my mum came in frequently to check on me, but I was convinced that I was dying.

I had given up. I didn’t want to fight any more. I was so ready to go to my maker that I became petulant. I pushed at the shape of Kitty-cat and told her that if she wasn’t going to help me, she could just go and leave me alone!

Kitty-cat stood up. I felt her stretch, languidly and then she came right up to my face, nose to nose and she tap-tapped my face as though to reassure me. Then she swiped my face with her claws and I shouted out in pain.

That ghost-cat clawed me – unlike any other animal I’d ever encountered, she actually hurt me – on purpose!

The next morning, still rambling with the fever, I asked mum if she’d put out some food for Kitty-cat. I don’t remember much from that terrible fever-ridden time, but I do remember her expression.

She became worried. She put down the tray she was taking downstairs and came over to me. She felt my forehead and checked my neck. She realized I was too hot – way too hot – and she immediately opened a window and brought a cool, damp cloth.

“What have you done to your face?” she asked. “It looks like you’ve scratched yourself.

“Kitty-cat did it. I pushed her off the bed and she swiped at me,” I mumbled in reply.

Mum came to see me more often for the rest of that day and the fever broke. I slowly started getting better and Kitty-cat came to lay with me every night. She purrs so loud, but it’s comforting.

I recovered from that fever even though my mum says I shouldn’t have made it through that night.
If it hadn’t been for Kitty-cat, I’m sure I would have given up, but she kicked my ass and told me to stop being so defeatist and I listened to her.

I also listened to her when it came to my chosen career. No, I’m not a vet, I was never strong enough to qualify for that, but I did something almost as good.

I opened an animal shelter and I take in animals like Kitty-cat who are beyond hope and on their last legs. I take in animals that are about to die, or those that should have died already and if it really is their time to go, I sit with them and I help them pass. If they are not yet ready to go and there’s still some fight left in them, I help them to fight, too.

I know which is which because I have an assistant who is never wrong.

Kitty-cat will tap my hand if they are ready to go and if they have some hope, she pats the animal’s face and tells them to buck-up their ideas. Sometimes I see a shadow of her tapping their face and other times, I see their reaction to her claws.

You see, I really do believe that Kitty-cat fought so desperately hard for her own survival that she will not allow any other to go down without giving it their all.

We make a great team, Kitty-cat and I.

jerrybanfield writing story supernatural swc
2년 전 by steem-press55
$31.18
21 votes
댓글 남기기 3
Authors get paid when people like you upvote their post.If you enjoyed what you read here, create your account today and start earning FREE STEEM!
STEEMKR.COM IS SPONSORED BY

Thank you gmichelbkk for making a transfer to me for an upvote of 14.35% on this post!

Oh man! I really feel bad for that pet
but after all it fought to live

That's a very lovely story I enjoyed to read, thank you for submitting it to SWC. I am sending a bid to the bot for your vote.