Or so I thought.

The most obvious anomaly when I woke up this morning was the immobility. My limbs were like two frozen chunks of meat. Heck, even my eyes were staring straight ahead like a lifeless robot's.

Just when I was on the verge of panicking, my body jolted up from the bed.

Alright, see, it wasn't a reflex action or anything. It wasn't anything remotely related to my voluntary muscle control, not even a little bit. In other words?

My body was moving on its own.

As I (or at least, my body) trundled down the stairs, I was about to give up on life when I heard a voice. It didn't sound very humanoid. Or friendly, for that matter.

That shut me up. For about five seconds.

The voice―which, I had to admit, sounded like a mutated Morgan Freeman―didn't say anything. Meanwhile, my legs were busy walking myself out of my apartment.

"Who the hell are you?" I demanded, getting impatient.

I heard a sigh. "I'm the Executioner."

We were passing by a newsstand. From the TV at the corner, the news reporter was blabbering something about a rogue asteroid crash. I felt my body stiffen for a split second.

A thought struck me.

"Wait a minute. You're not from Earth, are you?" I asked.

Whoever that dude was, he was clearly taken aback by my guess. "How'd you guess?"

My legs were now trotting down a quiet back alley. "What are you doing here?" I persisted.

"You're definitely not gonna like the answer that I have for you."

I heard a sharp intake of breath. "My name is Klashtu. I'm from the planet Juro, which is also known to you as Jupiter. We at Juro have been observing your planet since the dawn of mankind. It is undeniable that mankind is a race full of potential and promise, however, starting from the last two thousand years, we began recording levels of pollution that exceed the total amount of the previous 20,000 years combined." We came to a stop beside a black Kawasaki. When Klashtu spoke again, his voice was grave. "Your planet is dying, Steven."

"So what are you gonna do?"

"You'll see." With a nimble leap, Klashtu mounted the bike and pressed his (or my) thumb to the ignition. As if by magic, the black beast roared to life.

Twenty minutes later, we arrived at a vast-looking field that was crowded with people.

"What's going on here?" I wondered.

Klashtu didn't say anything. Instead, he strode forward confidently, pushing past the crowd as he did.

Then, the weirdest thing happened. The cop's eyes softened and went out of focus, as if he was being hypnotized. Few seconds later, he blinked and started walking away in the opposite direction.

Just like that, we reached the centre of the commotion in no time. Sitting in the middle, was the hugest chunk of stone that I've ever seen in my entire life. I'm not even kidding; it was at least 20 metres wide, and the crater it made was even wider. This must be the asteroid from the news.

Klashtu made his way to the side of the asteroid and began tracing his hands along the rough, ragged side of the stone. They came to a stop by a huge depression in the rock that could fit my entire fist in it.

"With a push of this button, this stone canister will release trillions of air-borne, self-replicating viruses that will infect every human on this planet. In fact, with the insane infection rate of this virus, come tomorrow morning, the entire human population would've contracted it, and will die a painful, decaying death." "You're planning to wipe out the entire human race?"

"In hopes of saving this planet, I'm afraid there's no other option left."

My shoulders sagged at the news. "Didn't you just say that mankind is full of potential and promise?"

"Yes, I did. But sometimes sacrifices have to be made for the greater good."

Dread clawed at my belly. I racked my brains for a way to stop this nightmare from happening. I was about to give up when suddenly, an idea popped into my mind. It was a long-shot, but...

"Klashtu? I have one last request. Please let me show you a glimpse of my memories before you decide to unleash the super-virus on our species."

Taking a deep breath, I shut my eyes and opened up my memory to him. I showered him with every tiny little thing that I've done in my entire life, from the first memories that I have―of me frolicking with my parents―to the latest ones. I didn't conceal the bad memories, for I knew that nothing was perfect in this world. Neither did I hold back on the good ones either; I made an emphasis on the times where I did something good―be it talking to a friend who's depressed, or celebrating my mom's birthday, or something as simple as taking a walk in the park with my dad when I was just learning how to walk. It seemed like forever, the memory sharing session. When I finally returned to reality, I opened my eyes...and found myself back on my bed in my cosy little apartment.

The Executioner was nowhere to be found. I then checked the news, but I found no trace of the so-called 'rogue asteroid' that crashed into Earth. It was as if nothing had happened at all.

As my eyes drifted across my room, lost, they came to focus on the faded copy of The Three Musketeers on my desk.

It was then I heard the faintest of whispers in my head. 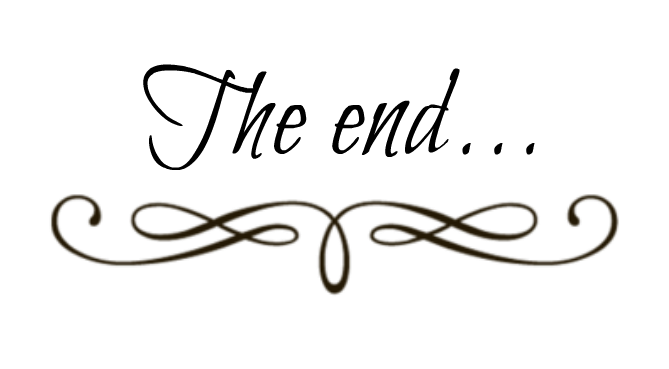 jerrybanfield supernatural writing science contest
3년 전 by stevensteel47
$73.31
23 votes
댓글 남기기 12
Authors get paid when people like you upvote their post.If you enjoyed what you read here, create your account today and start earning FREE STEEM!
STEEMKR.COM IS SPONSORED BY

Thanks for responding to my post for this contest. I didn't have a chance to read it as I have a deadline. How great is that? A deadline at 10:59pm and I already decided to boycott the NFL. LOL

But I'll check it out either tonight when my work is turned in, or in the morning.

It's alright - take your time! I'm missing the NFL as well because of an assignment, so I guess we are in the same boat haha

Where did you get the banners at the bottom. Also would like to learn how you set up a bit coin donation thing.

I got it from Google Images...and as for the Bitcoin donation - you would need to set up a Bitcoin wallet to do that - Gemini and Coinbase are some of the most common options :)

I followed you btw - would love if we could connect on Steemit and support each other on this journey!