My entry to #Jokechallenge - a challenge meant to make us laugh!

Police: wellcome, where are you going to,

Boko Haram: we want to go and bomb blast some where

Police: I don't need to know? I no go call my people make they no go to the side you are going to bomb?

Police: Oya drop something for us

Boko Haram: I don't have anything to give you, unless I drop this bomb, 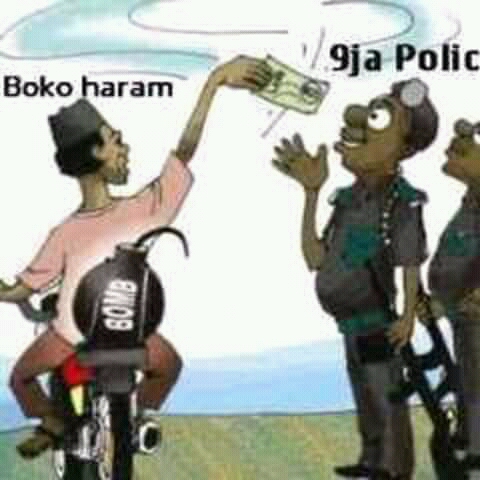 jokechallenge contest nigeria untalented busy
3년 전 by jay-cash38
$0.57
5 votes
댓글 남기기 0
Authors get paid when people like you upvote their post.If you enjoyed what you read here, create your account today and start earning FREE STEEM!
STEEMKR.COM IS SPONSORED BY