Journalism: Quest For Solid News - What's Underneath Underneath - Get Above It All! 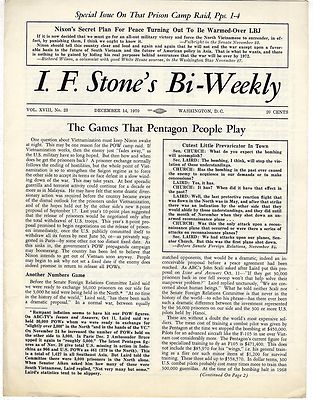 Some folks are unable to distinguish when main media plants or slants a story and perhaps have no clue when matters of importance are outright omitted. A network’s man or woman at the White House or Pentagon-kind of report, is an example getting fed news.

Consider also how main media became complicit with the Clinton Campaign, especially during the early primaries. Trump and Clinton (see Wikileaks-Clinton) got intense coverage but hardly any coverage was assigned to Bernie Sanders who actually was pressing on issues and filling sports stadiums widely across the country, this while Clinton drew thin crowds and shied from press conferences.

What to watch for with today’s media? Lies, distortions, omissions and perversions of truth!

WARNING: Attention Span is Short -- Do Not Obey! READ: Warning!!!

What’s best for getting solid information? Follow Twitter accounts of investigative journalists. Determine what they and their colleagues write about or what they reference. You’ll find leads and links on where to further research. The main media has become so bad I now only view it when it is excerpted as a reference by someone else or I discover it from online trending.

When Reagan took office there were 50 major media companies. Today, only five control 90 percent of all media in America. Budgets to investigative journalism have severely been slashed; repeat/copycat reporting has become a norm; and advertising, marketing and the consultant class now rule over the public’s genuine right to know. Sadly, all major publications have eliminated the ombudsman (people advocate) position which traditionally has long critiqued a journal’s manner and accuracy of reporting.

The monopolized media today controls the news rather than covers the news!

Politically, when you factor in obscene political campaign spending it becomes easy to understand how members of Congress with 15% approval ratings maintain a 95 percent re-election rate? It’s also why voting for president becomes the choice between the lesser of two evils rather than a quality choice related to important and needed issues.

These days the corporate media defensively invokes smear campaigns and pegs many social media sites as fake news. How ironic given what it reports is often fake news. Some sites are indeed fake news. But many others are not.

Today’s reality, shows us the smaller social media sites are actually digging deeper and fact checking what the main media is now reporting. This is especially true on important issues the monopolized main media outright and intentionally ignores.

No question that censorship has even followed the fact of media consolidation:

Anyway, it’s up to us to distinguish the difference! Referenced verification becomes our quest for true knowledge.

Below is a list of investigative journalists and social media perspective shows. I respect is their research, their reporting and the communications they share among colleagues.

If you don’t have a Twitter account, you should open one. Once on Twitter I recommend you click “follow” to the below-listed names. When you follow their daily postings on Twitter and keep up with the social media trends, you’ll never need to read another daily newspaper or watch a television network. The establishment pundits can all go to hell for choosing money over the truth in journalism. With these names, you’ll be up-to-date and, most importantly, you’ll get high quality, informative and accurate information! 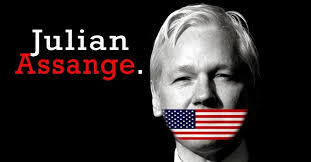 One of the best interviews I’ve seen: [NOTE: I’m sure there are many others I haven’t mentioned. If you know a journalist or a perspective show or journal you think should be included, please note in the comment section and I’ll check ‘em out -- thanks!]

journalism media news oligarchs knowledge
3년 전 by michaelweddle48
$0.09
6 votes
댓글 남기기 4
Authors get paid when people like you upvote their post.If you enjoyed what you read here, create your account today and start earning FREE STEEM!
STEEMKR.COM IS SPONSORED BY

We need more journalust eager to find the truth than journalusts serving an agenda.

Congratulations @michaelweddle! You have completed some achievement on Steemit and have been rewarded with new badge(s) :