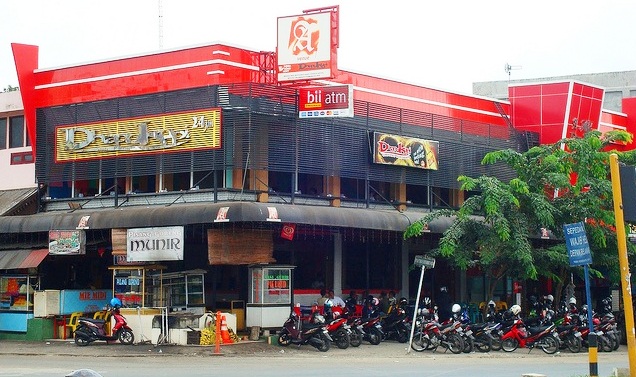 The business field of providing accommodation and eating food or more easily called food and drinking stalls is the highest growth business field in Aceh, which is 11.27 percent in the fourth quarter of 2017. Next followed by education services 9.98 percent and health services and social activities 9 , 21 percent.

The information presented by Head of Central Statistics Agency of Aceh, Wahyudin MM in the official statistics related to the economic growth of Aceh in quarter IV-2017, at the local BPS Hall on Monday (5/2). It said the high economic growth in the category of accommodation and drinking accommodation due to the many national events held in Aceh in 2017, so that the economy of Aceh until the fourth quarter-2017 with oil and gas grew 4.19 percent. By releasing oil and gas, the cumulative economy of Aceh until the fourth quarter grew by 4.14 percent.

Wahyudin added that the growth occurred in all business fields, except the manufacturing industry contracted by 3.00 percent, and contracted construction by 4.14 percent.

"The decreasing category of construction due to the completion of some multiyear construction projects has little to suppress the economic growth of Aceh. The declining growth of chemical, pharmaceutical and traditional medicine industries is also the main cause of the decline of the processing industry category in Aceh, "he said.

He added that compared to the fourth quarter of 2016, the field of health services and social activities is the highest growth of 15.27 percent. This is in line with the increase in the number of patients in some hospitals that have increased significantly. The next highest growth followed by the category of accommodation and drinking meals by 13.96 percent and government administration and compulsory social security 13.86 percent.

kabaraceh news aceh food drink
3년 전 by alhambra35
$0.00
9 votes
댓글 남기기 3
Authors get paid when people like you upvote their post.If you enjoyed what you read here, create your account today and start earning FREE STEEM!
STEEMKR.COM IS SPONSORED BY

Congratulations @alhambra! You have completed some achievement on Steemit and have been rewarded with new badge(s) :

Congratulations @alhambra! You have received a personal award!