Insurance & The Legal System: A Rash That Doesn't Go Away?

I had an interesting phone call yesterday. It was from a lovely lady who introduced herself as working for a car hire company; one that I recognised. 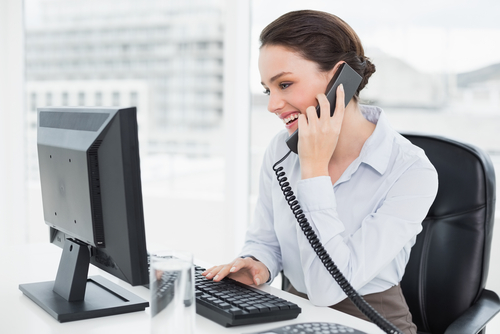 About 10 months ago, I was rear-ended by a young driver on my commute to work. Read all about that in this post where I attempted to make a bad situation better through some humour - with arguable success!

That one incident triggered a cascade of inconveniences and stresses. The repair wasn't done to satisfaction despite two re-works for example. This phone call seems to indicate that the inconvenience of that day last winter has yet to fully depart! Back to this friendly and articulate caller...

The lady referred to the period of time that they provided me a loan car for the duration of the repair. As I was not at fault, there was no cost to me at all for this service. The process required the cost of the hire car along with the repairs of course to be forwarded on to the at fault party's insurer.

Apparently after 10 months or so, that party has refused to respond to communications and has not paid the bill. This is a major insurer operating in Australia so I was somewhat educated when I learned that this kind of behaviour happened. I asked the caller whether this was common, thinking to myself that surely insurers pay each other's claims on a daily basis, possibly with negligible net effect. She commented that this can be a common stalling tactic.... _"Ignore it and it may go away". Insurers are apparently no beacon of moral guidance!

So how did this impact me?

Good question, that's what I asked. Apparently, I'm being sent paperwork from lawyers representing the insurer who engaged the loan car company on my behalf. I understand that I'm being requested to assist in the legal proceedings that are being initiated against the at fault insurer in order to recover the amount due for the service provided to me.

This seems staggering. The resources involved in pursuing this would far outweigh the cost of a loan car for a few days, even considering that it was a nice car. I was left with a feeling of inefficiency and sadness for the world today where this kind of corporate conduct seems to be common and lurking just beneath the surface, invisible to most of us.

The paperwork I'm being sent, from what I can gather, is a statement of facts referring to my usage of said loan car. I suppose me signing that paperwork adds weight to their claim.

I have no in principle objection to assisting in the rightful recovery of funds, even for a corporate body but as I said to the caller "any day out of a courtroom is a good day". Speaking of which, I was informed that in a worst case scenario, I may be ... now I can't recall the exact words but it was something like required or requested to attend court to provide testimony or verbal support to the signed document that has yet to arrive.


I'm hesitant about that and made the fact clear to the lady that I see a significant drain on my resources in doing so. Again, I have no in principle objection but I have a number of ongoing issues in life that require a large amount of my time and sanity, along with work commitments that would make such an appearance near impossible.

The respectfully noted my concerns and understood them. All very cordial and professional. She reiterated that help was available on the phone if I had any further questions, either from their company or from the legal firm. Now it's a waiting game for the paperwork to arrive. I'll know more then.

What far reaching impact that, well, impact had on that morning commute to work nearly one year ago. It's amazing that after the passing of such time that such issues still fester and impact the lives of those involved (albeit in a minor way) still. In my experience, the legal system is all geared towards cost effective outcomes rather than any pursuit of justice. That's not to belittle anyone who works in the profession, it's just what the profession has pursued when I've been looking at it. My search for compensation after a dog bite not long ago was the most recent example of this. All I wanted was for my mauled shoes to be replaced (I was wearing them at the time) and I couldn't even get my calls returned.

I wonder if I'll be writing about this still in another 10 months. Let's hope for both the sake of me and all of my wonderful Steemit readers that that's not the case!

law life blog cars insurance
3년 전 by nolnocluap66
$31.75
74 votes
댓글 남기기 5
Authors get paid when people like you upvote their post.If you enjoyed what you read here, create your account today and start earning FREE STEEM!
STEEMKR.COM IS SPONSORED BY

That seems to be one of life's constants!