What Makes Switzerland a Blockchain Hub And Why CryptoValley Is The Ideal Location For APPICS HQ! 🇨🇭 Switzerland - a small country in central Europe which doesn't only offer incredibly beautiful nature, but is also the home of APPICS!

For centuries, Switzerland has been world-famous for its standing in the financial world (apart from Swiss watches and Swiss cheese, of course!).
Swiss banks are generally known as very reputable, and despite its size Switzerland has been leading in wealth management for decades. 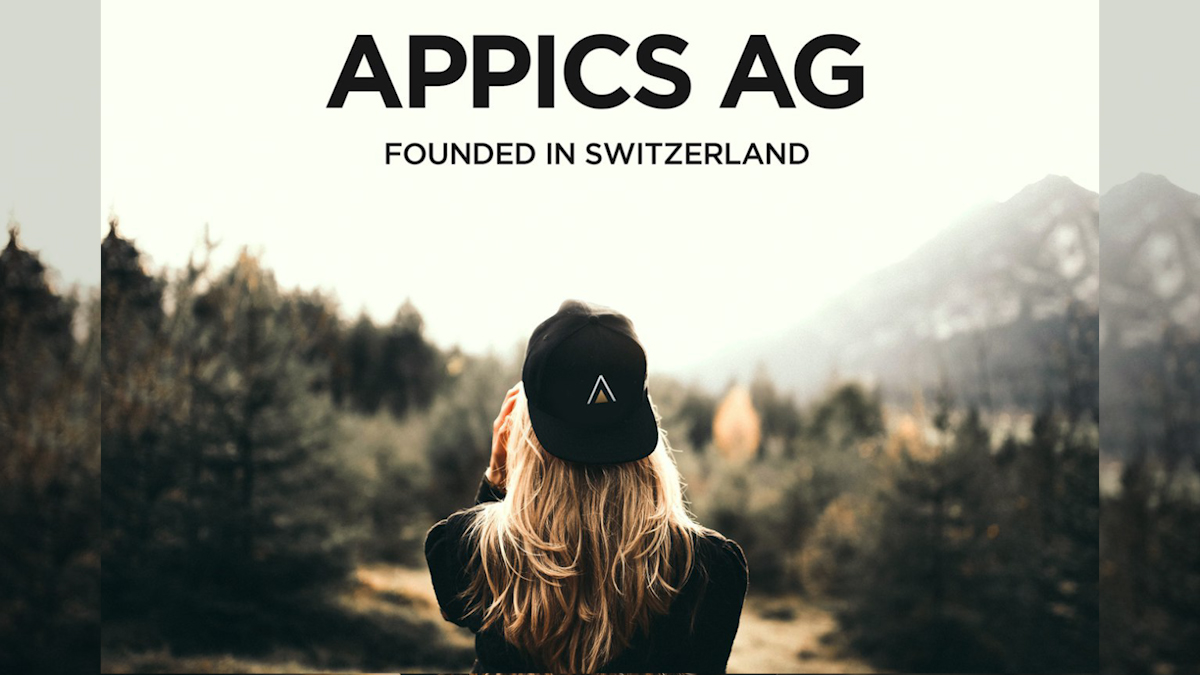 So when blockchain technology was first introduced to the financial sector, it comes to no surprise that Switzerland was one of the first to embrace it.

Today, Switzerland is one of the most advanced countries in the world in terms of blockchain adaptation, and has truly become an international hub for blockchain companies.

The small town "Zug" close to Zürich ,where APPICS also has its headquarters, has officially become "Crypto-Valley" and is a well-known spot for crypto enthusiasts.

There is even a Crypto Valley Association with the aim to be “an independent, government-supported association established to take full advantage of Switzerland’s strengths to build the world’s leading blockchain and cryptographic technologies ecosystem.”

But what exactly makes Switzerland so attractive as blockchain hub? Let's take a look!

Swiss banks have always been known for their client orientation.
In the past, Switzerland was especially known for keeping their customer's privacy, and enabling people to create "secret" bank accounts.
Now that times have shifted, the financial sector in Switzerland is also re-orientating. More and more swiss banks now actually offer business accounts for crypto companies, and banking products are being adapted to the growing interest in blockchain.

Additionally, several swiss banks have started offering cryptocurrency as part of their trading portfolio to customers!

Apart from that, Switzerland is also one of the countries with the most Initial Coin Offerings (ICOs) initiated.

This is due to advanced government rules that have brought clarification and support for blockchain companies.

The swiss national Financial Market Supervisory Authority (FINMA) is one of the first authorities around the globe to recognize the potential of blockchain and classify and ICOs according to a clear regulation structure, offering crypto start-ups a great place to settle.

Voting with Blockchain in Switzerland

As you know, the benefits of blockchain technology reach far beyond the financial sector.
You can even utilize the technology for referendums!
In Switzerland, a referendum is very often used as a democracy tool for both regional and national matters. Citizens were able to vote on important matters like education, energy, and food security via mail, internet and polling stations. But now, "Crypto Valley" Zug is bringing blockchain technology into the mix.

The city of Zug started a first test-vote based on blockchain technology earlier this month, also evaluating whether this procedure could also be used on a broader scale in the future.

Part of the vote was also a test to see if citizens would be up for a blockchain-based electronic ID system that could be implemented and be used for future votes.
Even though this was merely a test, it turned out to be a success and showed how the people in Crypto Valley are embracing blockchain technology and looking forward to change! Both the financial and public sector in Switzerland are being heavily influenced by blockchain technology - partly also due to the high interest from the citizens.
The Swiss Infrastructure and Exchange (SIX) Group, the parent company of Switzerland’s principal stock exchange, has announced that they are working on a fully integrated infrastructure for trading, settlement and custody of digital assets.
That is huge!

"This is the beginning of a new era for capital markets infrastructures. For us, it is abundantly clear that much of what is going on in the digital space is here to stay and will define the future of our industry."

As you can see, Switzerland is one of the most advanced countries in the world when it comes to the adaptation of Blockchain Technology.

Especially the "crypto valley" Zug, which is also the location of our APPICS headquarters, is a primary example of a futuristic city that benefits from blockchain technology!


💬 If you have any questions about APPICS, you can ask our admins on Telegram:

life cryptocurrency blog news appics
4년 전 by appics67
$26.89
299 votes
댓글 남기기 37
Authors get paid when people like you upvote their post.If you enjoyed what you read here, create your account today and start earning FREE STEEM!
STEEMKR.COM IS SPONSORED BY

Wow ! That is so awesome @appics! Go Switzerland Go Team Appics Go Blockchain Technology !! Woot , cant wait for the app to launch its going to be EPIC! upped and resteemed✌👍👍💕✌💕💕💕 Thank you! 😬🙌 Yes Switzerland is really awesome in terms of blockchain adaption!

You are very welcome ! these are very exciting times for the Steem Blockchain !✌👍💕

Congrats, I just came back from there last week from several Crypto conferences and site seeing Switzerland. Absolutely, blow away by Crypto Valley and the Zurich area. You made the right move! In a few more years this area could become even more famous than Silicon Valley as Blockchain mushrooms.

Glad to hear you enjoyed the crypto-nation switzerland just as much as we do. Zug offers amazing opportunities for blockchain- and crypto companies, and it's exciting to watch it develop even more! 🇨🇭🙌

Awesome to hear the progress with this project. Out of curiosity, when will USA based individuals be able to invest in the platform?

Hi Brandon!
That will be once APPICS (XAP) hits exchanges.
This depends on the development of the SMT, and the full rollout of the App, which will be around the end of the year.

I think this is a breakthrough for Switzerland as a country, good post.

I think this is a
Breakthrough for Switzerland as
A country, good post.

Would love to have you guys over here in Nigeria.. We are also eager to promote is project.

We will definitely come out to Nigeria soon!
So excited to visit our Nigerian community 🙌 Switzerland!!! Wow.. Im so waiting for appics to come to Lagos Niger

Maybe they opened a P.O. box in Zug .

Soare you all gonna move there?

Wow, that's amazing! It is the head quarter of most of the leading financial institutions in the world, so it is leading in all aspect of finance. The swiss government is really visionary enough to see that cryptos are the currencies of the new age. That's wonderful!

Many thanks to Switzerland for leading and championing the development of crypto and blockchain technology...

Hope the same condition will come to the others, around the world

Blocklight is very high in Kipto Valley and Zurich areas.After a few years the blockchain will grow in areas such as the grass in the field, so the level of blockaine will increase.Although many will be surprised but this is the reality that in some areas the blockchain platform will increase.Although Switzerland is a very developed country, but this platform will be more popular in the world due to Switzerland.

Looking forward to visiting the @appics team in Switzerland ;)

The thing I noticed while spending time in Switzerland is that it takes work to get to know a person. They can be tight-lipped about their aspirations and worries, and about themselves in general. There is a polite veneer that can become a bit of a bore. It takes a certain amount of excavation to figure out who a person is. You have to dig. I prefer Latin cultures where a person tells you their entire life story within the first hour of meeting you and then tries to enlist you in an effort to solve all of their problems.

"Switzerland is a Blockchain Hub
Gourmet food with the hot, tang, grub
Innovators in the Crypto valley
All waiting for the market's next major rally"

How did you get the text big?

h1 is the biggest

How impatient I am to wait for APPICS

Got to love switzerland!

The family tree is getting bigger

wow cryptovalley is the perfect place.