Would you stay? @original works

This post was a sudden pop of inspiration. Courtesy my brief discussion with the modernnomad. So imagine this: You have a spouse only your husband or wife is in love with someone else and openly confesses it. He/she feels you have no real significance in life apart from being a support system. Would you leave or stay? Stay and explain, stay and love, stay and try to support and change the person lovingly.
Would you stay? The case im considering is that of Socrates who was married to Xanthippe, 40 years younger than him. Basically a sugar daddy but like you somehow got hitched to him. Xenophon reports that she was a difficult women whereas Plato comments she was loving and supportive. But does it matter if she was a witch or not when her husband openly confessed love to another man. Imagine her, becoming the target of gossip, heckling, jokes of all kinds.
and Socrates commenting :" I perceive that you and I have a common feeling. For we are lovers both, and both of us have two loves apiece:—I am the lover of Alcibiades"
Alcibiades was the guy by the way, if youre a little slow on the uptake. 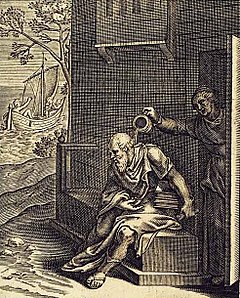 Lets not forget that Xanthippe once poured boiling water over his head. He didnt give a shit and went on lecturing his students.
That was one of the main reasons she was so bitter, and why she must have slept with Plato. Because she could never faze him, never attract his attention. I bet she hated herself more than she hated him because that is what happens when youre treated as a nothing a nobody; youre self esteem is nil and you end up hurting others and yourself.
Socrates had no job and was poor. and to make things worse it is reported that he wore one cloth tunic throughout the whole season. Ugh the smell. Socrates had her removed from his execution chambers simply because his friends had arrived for another philosophical discussion. Imagine the humiliation; he's dying and he still doesnt give a shit about you. The man the whole world talks about doesnt care in the least whether you live or die, sleep or get high. Nothing. It seems to me not a marriage but bonded slavery and honestly, I'm not a feminist. I actually oppose some of the things feminists stand for.

But just consider, didnt this very same thing happen with Charles and Diana? Wasnt his indifference what drover her to infidelity?
So, here is the question if you married Socrates, would you stay? 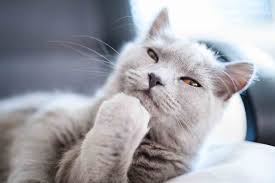 life story funny
3년 전 by atomickacha32
$0.00
4 votes
댓글 남기기 6
Authors get paid when people like you upvote their post.If you enjoyed what you read here, create your account today and start earning FREE STEEM!
STEEMKR.COM IS SPONSORED BY

Back to your question, nopeee im gonna leave. Bcs I believe in "if its not the life you wanted, dont settle down for it". Btw, great post! 😉

Aww thankyou <3 You can resteem if you want or whatever. Love your posts shasha, please keep posting regularly and also comment anything you like on my posts. ure more than welcome

Congratulations @atomickacha! You have completed some achievement on Steemit and have been rewarded with new badge(s) :

Sometimes i think that i'm different Type of woman (you know wife Type) so i would go away because my own safety and life is more important than support man who doesn't care. It's simple for me. There is no excuse for beeing in a mariage that doesn't work. For idea? I don't think so. 😊