BACK HOME from visiting overseas - Perspective 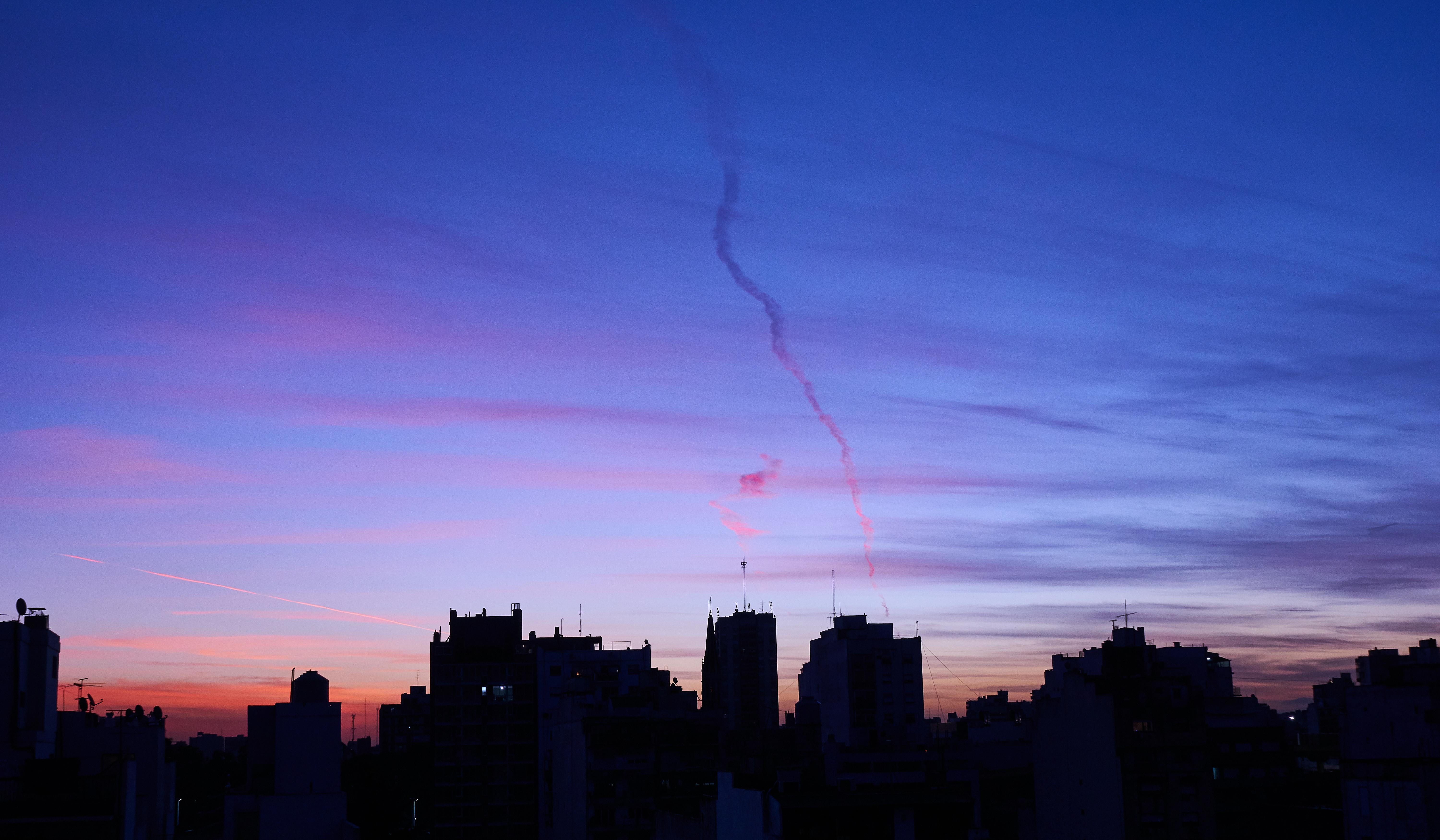 Nothing quite like coming home after an extended stay elsewhere: The things you miss, the things you notice about your home that you that are different other places, the familiarity. I've actually been back for three weeks, but I haven't been posting for personal reasons so there's that.

Anyways, I've spent the last 70 days in Buenos Aires and I've come back to Arizona (originally from Chicago, but that's something else). Now that I'm back, Arizona seems especially quiet... It's actually kind of funny, because before I left I was sort of annoyed with my neighbor's dog barking at every speck of dust that dares encroach upon its' territory -- now it seems extremely quiet. The occasional noise of the ice cream truck drug dealers, the neighborhood dogs, cars passing. It's all still so quiet compared to the big city.

I also have been noticing the food here since I've gotten back. It's a big contrast from BA because the food there is relatively homogeneous; I mean, it's decent, but it's pretty much the same thing all the time. There's not a lot of variety, there's not a lot of flavors to choose from within the local fare. It's generally a diet of meat and bread/pasta there; no spicy food, few unusual flavors. You can get empanadas with middle-eastern flare there relatively easily and they're good, but man can not live on empanadas alone (at least not this man). 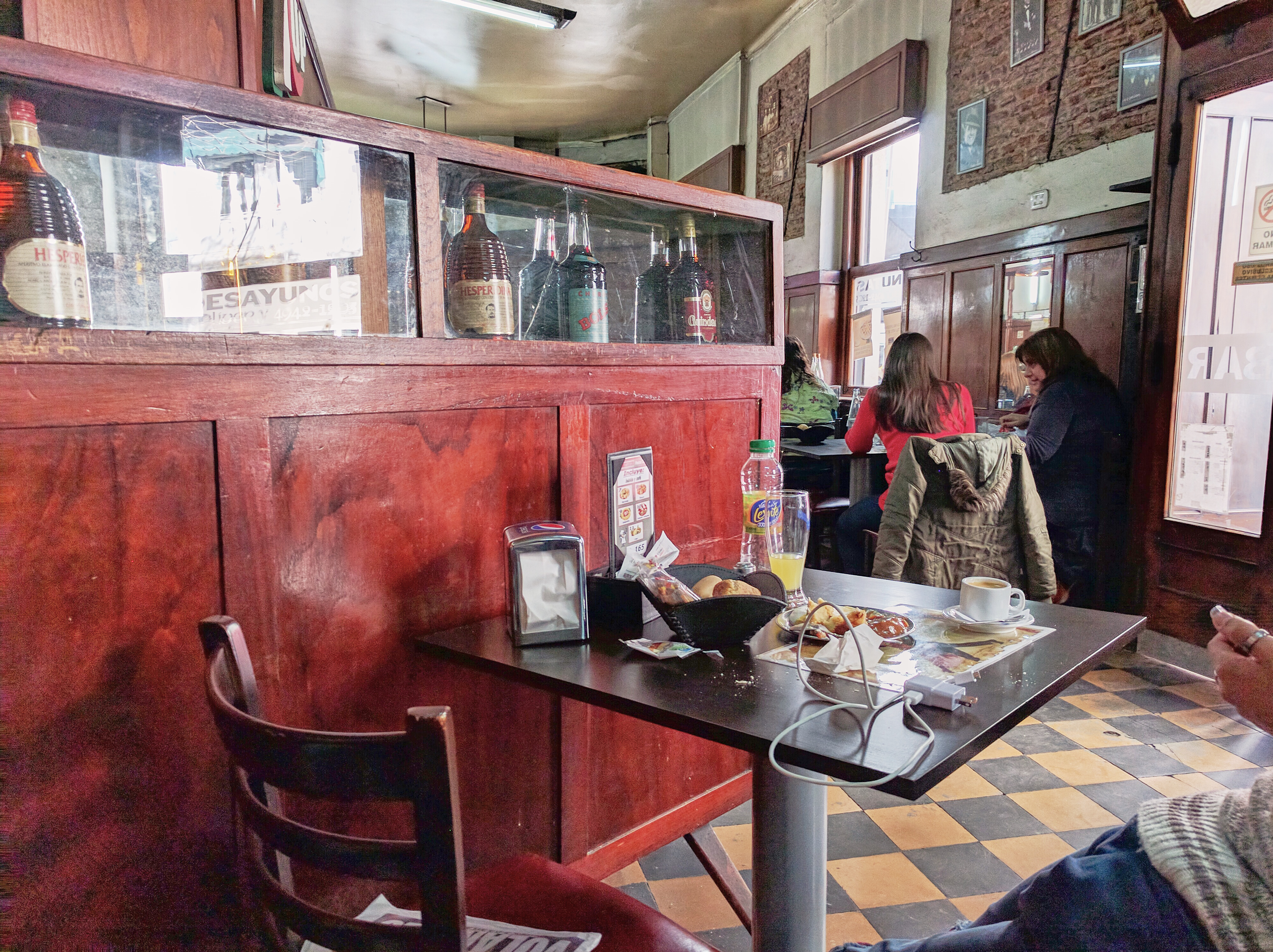 I think that the people there would like the variety as well, but change happens slowly there and it's still hard to find those types of offerings. There's a lot of people going to foreign restaurants and trying new things though, so it'll happen eventually. They're not necessarily easy to find, but like most big cities, they have their share of cultural communities and restaurants.

I'm probably more adventurous than most people when it comes to food, but I think that most people from the US would be surprised at the lack of variety there.

I forget how safe it is in the US sometimes as well, what with the news. If you listen to the news, you might think that the US is practically a war zone where a battle of races and ideologies is coming to a head. And while there are definitely some unsafe areas in the cities, by and large the US is pretty safe. I live in a "bad" part of town here and I really don't have any problems. I'd probably have more issues if I was in a bad neighborhood in, say, Chicago, but I guess that's why you avoid living there if you've got a choice.

I had 3 different occasions (probably more in actuality) during my stay in Argentina where someone either told me to give up my money/phone or openly talked about robbing me. I don't dress particularly well or anything, but I don't look like I am homeless and that appears to be enough.

To be honest, I kind of feel for these people. The inflation there has been pretty bad for a while, so when you've got people in the street asking for money and receiving $1-2 and it takes $50-150 to buy lunch it doesn't take a genius to realise that these people can't afford food. I'm not about to give my stuff to an unarmed individual threatening me, but I do feel for them. Squatters took up residence there before it was bricked up. You can see a lot of run down impoverished places right next door to lavish upscale places in BA.

The poverty is just worse than it is in the US, I think. They still have evil incompetent leaders and a lack of personal responsibility, so perhaps that has something to do with it. In Argentina, the gov't apparently decided to set up these social safety nets for their people and then print the money to pay for everything. I guess that works short term, but what happens when the $50 you're giving them becomes worth what $5 was a year ago? Do you increase the amounts and print even more money?

I guess it's not so different than the US, they just don't have the same influence as the US.

I don't pretend to know what's going on, but it has always bothered me that the powers that be seem to be intentionally stepping on and using the poor. It happens all over the world, some places worse than others. 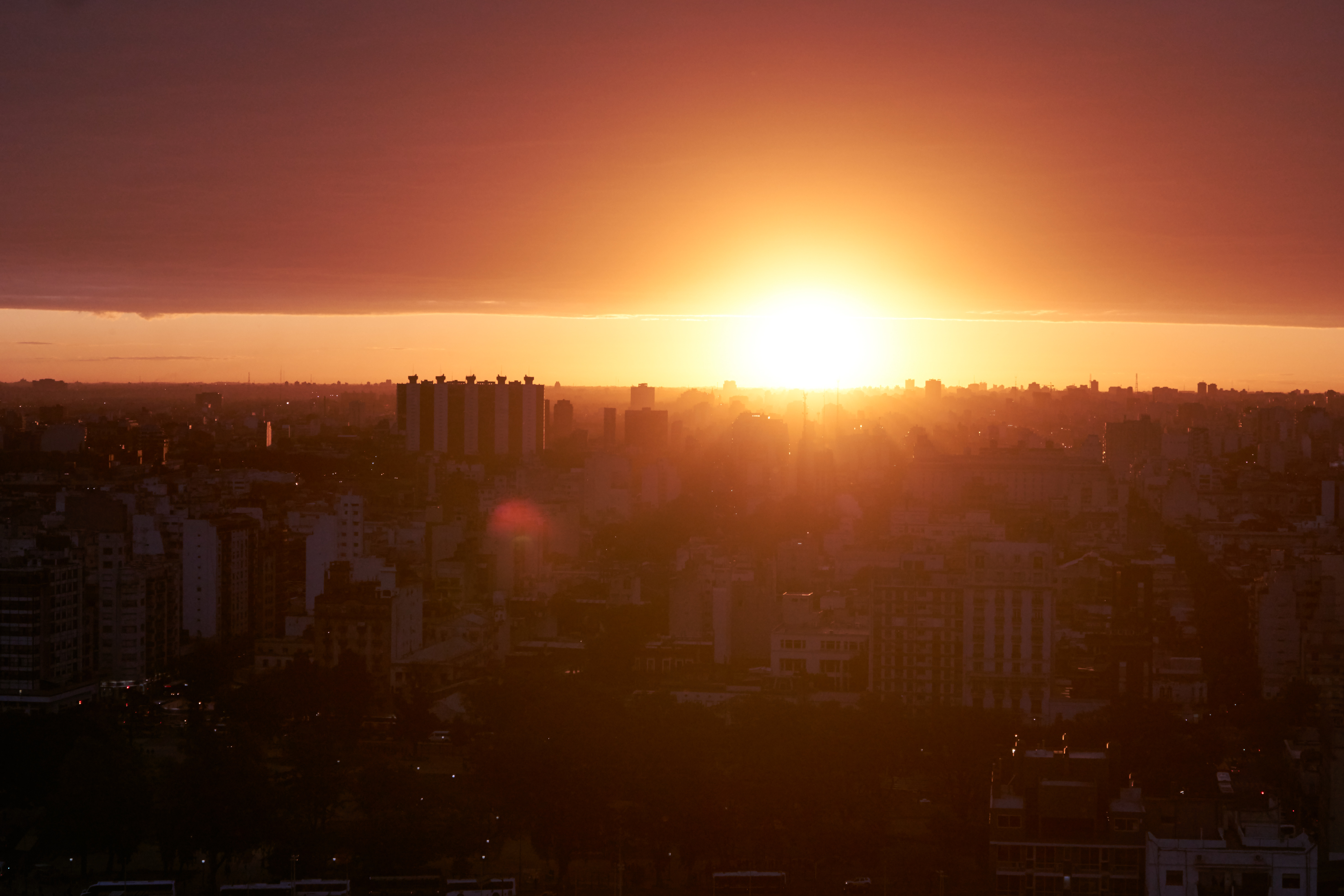 Sun Setting on BA from the top of a tower

It's good to understand and be grateful for the things that you have. And it's good to learn about the world.

Different cultures and systems of governance around the world do different things well and different things poorly. It'd be nice if we could take all of the things that different places are doing right and work together to create a better world for everyone to live in, but I guess that's pretty far-fetched. It's not like the powers that be want the societal paradigm to change... Guess that's why we're into crypto, no?

Anyways, try and take a moment today to think about the things that are unique to wherever it is that you live. Be grateful for the things that make home special. There are better and worse places you could be, but only home is home.

Thanks for listening to this fool,

life photography blog brains
3년 전 by brains57
$33.69
23 votes
댓글 남기기 16
Authors get paid when people like you upvote their post.If you enjoyed what you read here, create your account today and start earning FREE STEEM!
STEEMKR.COM IS SPONSORED BY

great perspective. alot is going on in the world, alot can still be changed!

There is definitely a lot going on in the world... I hope that things go in the right direction ;)

loved that Perspective thanks for sharing !!!

This really surprised me,

I had 3 different occasions (probably more in actuality) during my stay in Argentina where someone either told me to give up my money/phone or openly talked about robbing me.

I didn't know the level of insecurity was that high there. That is the kind of thing that usually happens in a third world country.

It is is good to have you back.

Thanks. Good to hear from you again buddy! :0

I'm sure you missed alot while on your sojourn :)

Thanks! Wow, you use a lot of punctuation!

Welcome! You do not use many punctuation marks!.......

Hay my friend I like your whole journey but the tale you had done over first is true for not only you but for all of us . We always love owr food .

Haha, I guess that's true. ;) I like variety mostly though... Get bored eating the same thing over and over.

I know it. The food you get at home may not have great variety but it gives a satisfactory feeling .
Well my friend I am working hard to make my post great can you plz tell me my friend how can I improve my blog .