Effect of Music on Plants... 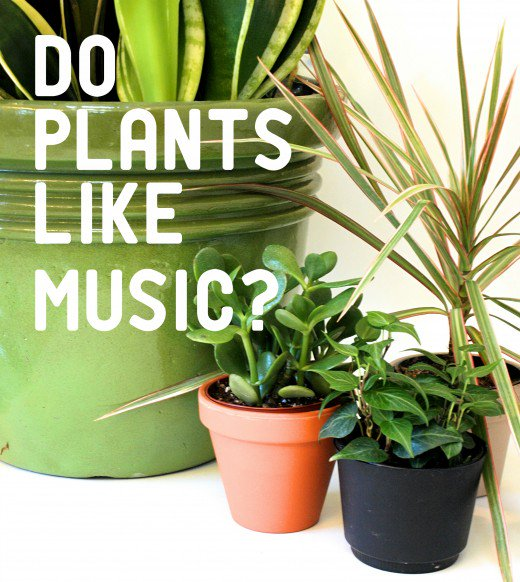 Several studies have looked at this question, specifically how music effects plant growth. In 1962, Dr. T. C. Singh, head of the Botany Department at India's Annamalia University, experimented with the effect of musical sounds on the growth rate of plants. He found that balsam plants grew at a rate that accelerated by 20% in height and 72% in biomass when exposed to music.

Later, he repeated his experiment only with the exception of ragas played on flute, violin, veena and harmonium. This time too, the plants did not turn him down and they responded with bounty growth. After clearing through these successful experiments he testified that even the classical dance, ‘Bharatnatyam’ will propel plant growth.

When it comes to understanding the effects of music on plant growth, it appears that it isn’t so much about the “sounds” of the music, but more to do with the vibrations created by the sound waves. In simple terms, the vibrations produce movement in the plant cells, which stimulates the plant to produce more nutrients. If plants don’t respond well to rock music, it isn’t because they “like” classical better.

Plants that are exposed to country music have the same reaction as those who are subjected to no sound at all, showing no unusual growth reaction.According to some studies, jazz music appears to have a beneficial effect, producing better and more abundant growth.

Music is not ecologically relevant for plants, so we shouldn’t expect them to be tuned in to it. But there are sounds that, at least theoretically, it could be advantageous for them to hear. These include the vibrations produced by insects, such as a bee’s buzz or an aphid’s wing beat, and minuscule sounds that might be created by even smaller organisms. — Daniel Chamovitz

life photography adventure travel love
4년 전 by farazsheikh5
$0.00
3 votes
댓글 남기기 3
Authors get paid when people like you upvote their post.If you enjoyed what you read here, create your account today and start earning FREE STEEM!
STEEMKR.COM IS SPONSORED BY

Very interesting.
I think metal music could be the most effective...