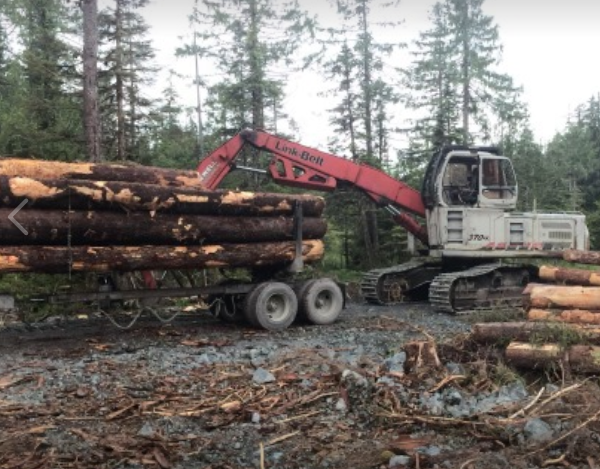 This installment of Ramblings With Ron has some applicable to real life wisdom nuggets contained within. It makes me happy to know that some of the logging camp non-sensery that floats into my ear canal could perhaps serve a greater purpose!

Our conversation commenced in the usual way:

I've probably mentioned it a time or two, but hook tender is slang in our family for a lady (or male) that practices the world's oldest trade. An actual hook tender is the supervisor of a rigging crew, the group of people who make sure the logs that have been cut down are properly and efficiently yarded to the landing to be loaded onto trucks. In my family, a hook tender is a person who is plying their carnal assets. That way we can talk about it right in front of them and they would never know! Well, that's the theory anyway.

"What?" I replied in laughing confusion. This seems to be the second feeling that I experience in any conversation with Dad, After delighted mirth of course!

"Hook tender, hook tender in bed!" Dad blurted with ornery glee, so at that point I interpreted that the trade person's existence had embarrassed and/or inconvenienced someone, a thing that brings my father unrepentant joy.

"Big W, he's one of my cutters, a native guy from the island, he had a woman in his bunkhouse room!"

Normally, how grown adults conduct themselves is their business. Things get a little trickier when the grown adults are sharing a room in a converted cargo container bunkhouse in the Southeast Alaskan wilderness.

Dad continued, "Yah, Kyle the Pile went in to go bed and in the bed next to him was this blonde woman!"

It is now important to note the etiquette breach bit of this anecdote. You see, when you have a room mate, allowances and considerations must be made. I am sure that most room mates do not care if you bring your special friend over for a visit. However, listening to the human version of a National Geographic mating special is pushing the bounds of decorum just a little to far out into hormonal and personal discomfort left field. This creature is probably a little more discreet...

"Yup, Kyle the Pile came into my room all red in the face, so I had to have a talk with W. I told him, 'W, we can't have that sort of thing going on here, you have a room mate.' You know what W said?" Dad hurled this question at me with barely constrained glee.

"I can't even imagine." I dryly replied.

"W said, 'Wow Ron, I didn't even think about that.'" Dad delivered this line accompanied with the laughter of a person who has seen far too many displays of unconsciously inconsiderate behavior.

We both had an amused laugh and continued on talking about other things occurring in the camp. My parent's fifth wheel travel trailer had arrived so there was a modicum of excitement permeating the phone as we talked about when they got to move out of the bunkhouse and into their aluminum abode of sacred privacy. There was talk of log ship loading, mouse infestations in the cookhouse and bunkhouse, the typical reactions that human interactions cause when you have multiple layers of management and a workforce that is somewhat "unique" in their composition. As we worked our way through the logging camp daily discourse, I found myself a tad nostalgic for the home of my youth, for there is something magical about the smell of diesel and sawdust, as well as the observing of outbursts of the most interesting things.

It was an outburst that brings us to the next point of etiquette that one should try not to breach when one has room mates. Your private matters, whether they be physical, mental, or financial are yours alone. Don't air them in the presence of your room mate, they are already uncomfortable enough as they have to share a space with you.

"So, one of my cutters was talking to his wife at 11 last night," Dad began, "And she told him that they only had $30 in their checking account."

"Why is that pertinent information, Dad?" I queried. It seemed a logical question.

"Well, because H went absolutely insane and started yelling." Dad stated as if this behavior was a normal thing.

Apparently kicking your bed, throwing things, and screaming all manner of verbal assault at your wife into the cell phone while your room mate is trying to sleep is a serious breech of thoughtful bunk mate behavior. Who would have thunk it?

When I was little we only had a couple of satellite phones for all of the camp's inhabitants, so all of the soap opera level drama played out at these two little desks where the phone's resided in the cookhouse. Cell phones have given the fit throwers of this world a much wider playing field.

"So, some of my men came and got me," Dad sounded a little more serious at this juncture, not that I blame him, a logger with his dander up can be a perilous thing to behold, let alone dialogue with!

Dad continued, "I asked H, what was going on. His reply about the situation and his wife's attributes made me think the marriage is either a perfect match or not long for this world. To be fair though Sis, she held her own on the verbal front." 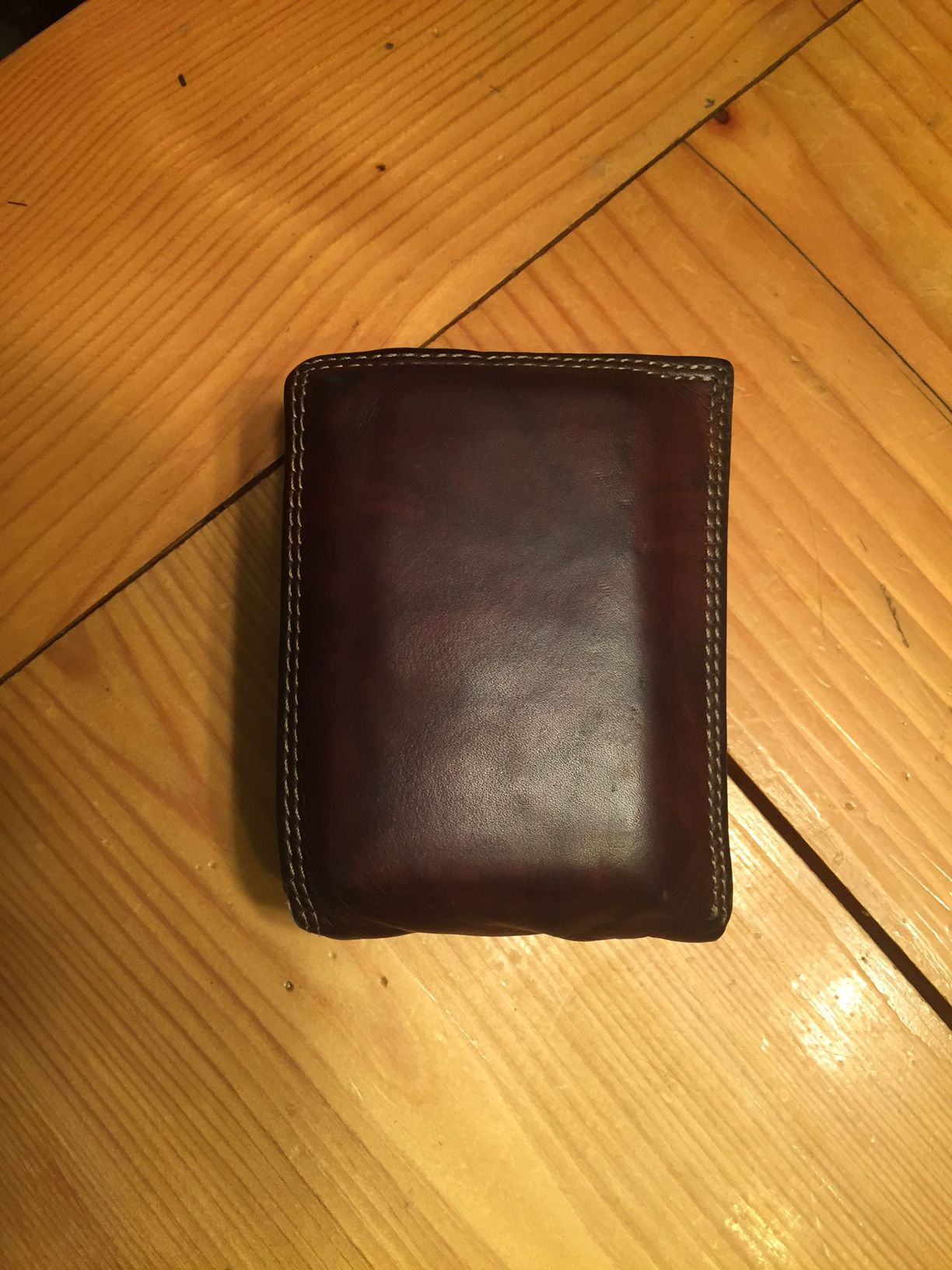 No room mate, or entire building for that matter, deserves to hear you and your significant other's verbal cage match concerning these matters.

I couldn't help it. Not that I appreciate other's misery, I don't, but I'm a big proponent of the concept regarding the one thing in life that we can control, our attitudes. If you let your feelings dictate your reactions, then your behavior is open season to mockery. That entire explanation condensed into a few words means that I started to laugh, a lot.

I could see this big logger stomping around, throwing a fit like a big diaper baby over a situation that could probably be rectified if he would have calmed down and took a look at the data rationally. I get it though, as we have all thrown a fit, but when you have SOMEONE in the same room with you who has to get up at 4 in the morning to work, well mockery courtesy of the imagery of your fit throwing is going to be thrown your way.

"How did the saga end?" I wondered out loud to Dad.

He quickly reply-obliged, "Oh, it was just a mistake, there was eleven hundred bucks in their account."

So to recap: If you wish to be a somewhat awesome room mate don't:

Engage in carnal extra-curricular activities in your room, especially while your bunk mate is present and accounted for.

Publicly air your economic (or any other) personal disputes in a violent matter while your room mate is in the vicinity and trying to slumber.

Til next time, I'll leave you with our family's standard conversation ending: 10-4

Click Here
life writing story alaska
3년 전 by generikat68
$5.97
24 votes
댓글 남기기 17
Authors get paid when people like you upvote their post.If you enjoyed what you read here, create your account today and start earning FREE STEEM!
STEEMKR.COM IS SPONSORED BY

I look forward to these episodes! 10-4

C'mon, I'm at mile marker just getting started with a whole bunch more Ron Ramblings to go, over! LOL! Thanks O-G-P, I totally look forward to your comments!

I have to admit living through the whole CB craze with Smokey and the Bandit and Burt Reynolds! Yep I had one and used it to actually date a few girls in high school lol. It was our old time version of Facebook lol.

That is awesome! I was just on the phone with my brother a bit ago, he loads the logging trucks with a log shovel, and I would start giggling every time I could hear the truck driver Harv shout over the radio, "I'm at 1.5 mile and I have a LOAD! MMMHMMM" He sounded like Billy Bob Thorton off of the movie Sling Blade, and my brother and I would lose it everytime his voice came over the radio! LOL!

I feel like your Smokey and the Bandit skills were far, far better!

Reading this was the highlight to my evening! Resteeming! I just Promoted it too!! It was so gooood! ;)

Oh wow! Thank you for all of that! I'm so glad that you enjoyed it, lol!

Nearly spilled my morning coffee reading Ramblings With Ron. Love, love these! Thank you! Perfect way to start a day! :)

Awe, thank you! I love that you enjoy them so much, there should be no shortage of Ramblings, I'll try to keep them coming. Hopefully without the coffee spilling part thought, lol!

damm that was perfect to read with an evening tea.

Tea and buffoonery make an evening rather splendid for sure! Glad you enjoyed!

Oh my word, lol. John Bunyan there must have taken a few cues from his nighttime companion - I'm a blonde so I can make those jokes, lol.

Heh. LOL! Glad to know that someone has a license too!

Fortunately I somehow managed to figure these rules out on my own, and somehow found roommates who seemed to already know them too. That's a Very Good Thing, because such disruptions to my sleep when I worked at the Call Center From Hell would have resulted in murder charges.

Heh. Sleep deprived JT is a sight that I almost want to behold. Almost.

Murderdeathkill in its stabbiest form could result. Keep a meat shield on hand.

Why you think I almost always sit on the other side of the table, eh?

How did I miss this yesterday. I love the hook tender explanation along with the phrase "plying their carnal assets." I lol'ed at that one. Very creative prose I must say🐓