A CHARMING CITY OF BARCELONA

Barcelona is situated in the north-east of Spain and is the capital and largest city in Catalonia.
It is one of the cities whose charm makes you want to go back there again and again. Therefore it is no wonder that loads of tourists head there every single day. In fact, it is one of the most touristic cities in the world! Do you wonder why?

Firstly, it must be because of its amazing architectural masterpieces designed by Antoni Gaudí (I am going to talk about some of his works later on in this article). Secondly, you can find a delicious Mediterranean food in various Barcelona’s restaurants. Thirdly, let’s not forget about its pleasant Mediterranean weather (mild winters and hot summers). Who does not want the sun, right? What is more, in spite of being a bustling city, Barcelona also has the seaside, where you can get away from all the city noise. In addition, Barcelona can be proud of its cultural events, which make it one of the world’s leading cultural centres. I must admit that Barcelona is one of my favourite cities in the world and I would strongly recommend visiting it for those who have not done it yet. 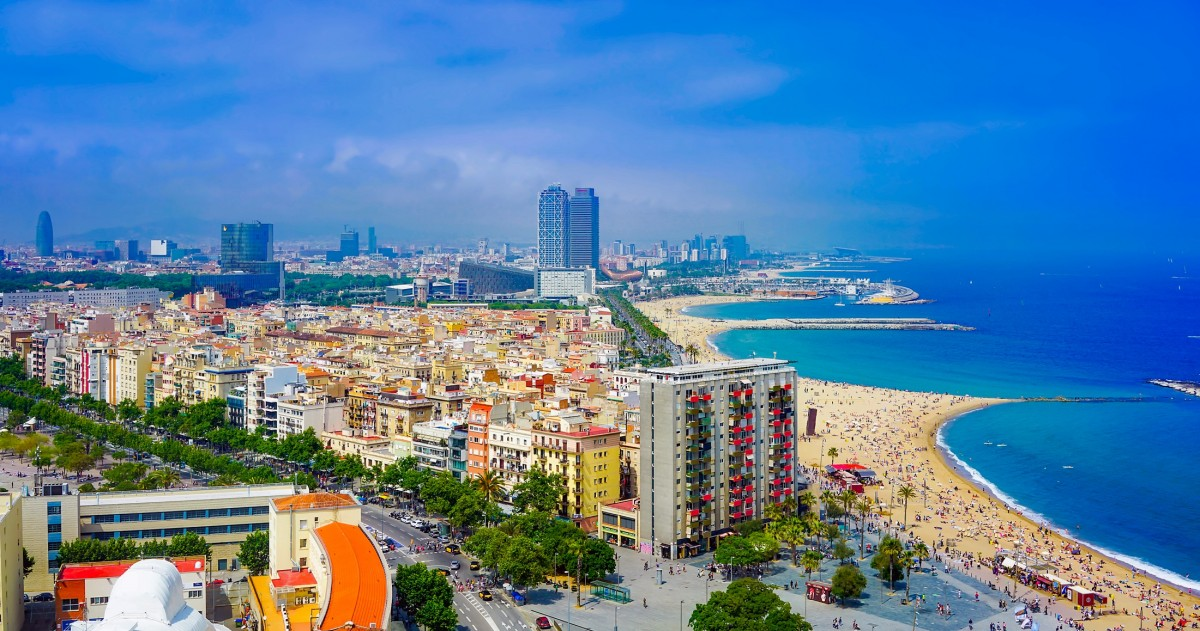 Antoni Gaudí (1852 – 1926) was a Catalan architect who worked in or near Barcelona. His works are full of free-flowing colourful exuberant decorations and patterns that combine both the elements of nature and the realm of the imaginary. He used a technique called trencadis, which means cracked or broken.
Here are some of his most famous masterpieces: 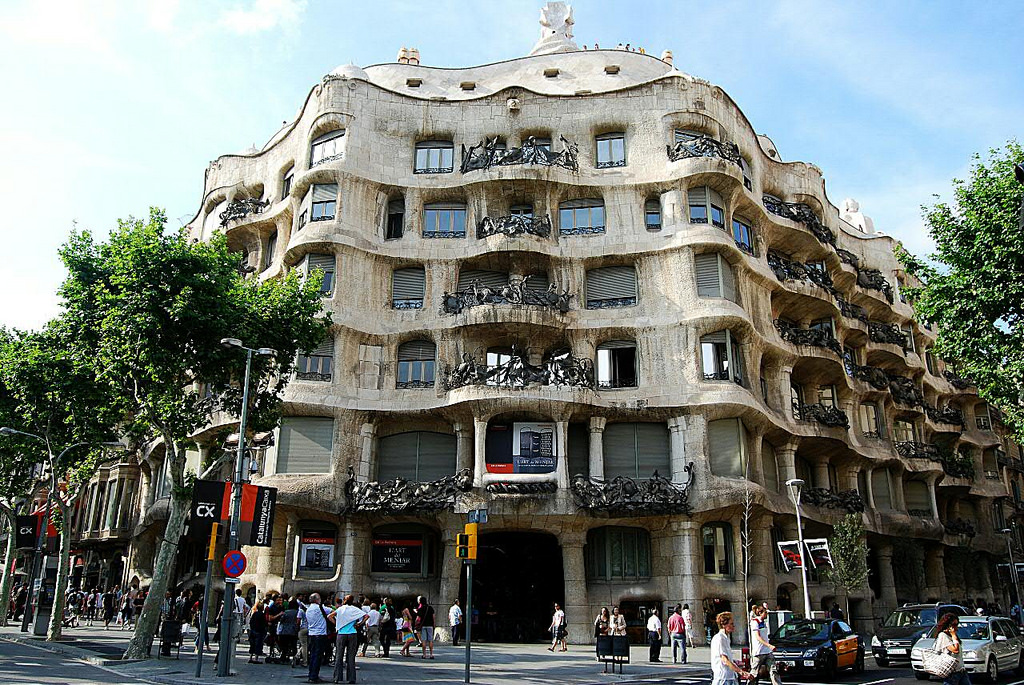 As it was previously mentioned, Barcelona also offers a variety of restaurants that give you the pleasure of trying Mediterranean food. What does it include? It consists of a lot of vegetables, fruits, beans, fish, olive oil and cereals such as wholegrain pasta, rice and bread. The good news is that it is not only delicious but also healthy. Are you already tempted to have a nice salad covered with olive oil? I am!
On the other hand, as Barcelona is such a cosmopolitan city, you can also find there a lot of restaurants that represent the cuisine of other countries: Indian, Italian, Chinese, Turkish, etc. 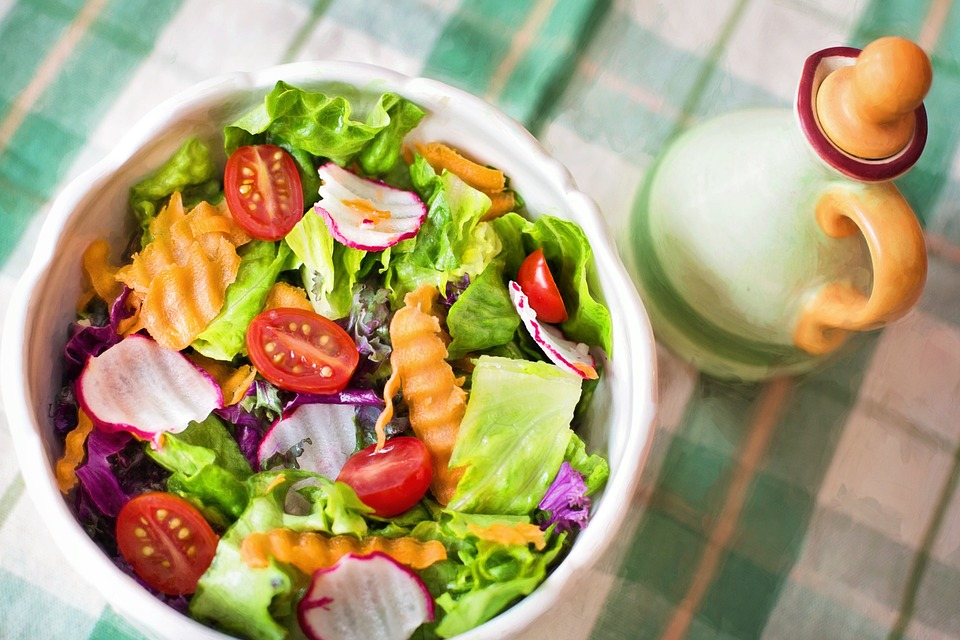 To sum up, Barcelona is one of the cities that deserves to be explored because of so many reasons. I hope one day you will be able to soak up its special atmosphere, see the masterpieces of A. Gaudí and try some Mediterranean food there. If you have already visited Barcelona, let me know about it in your comments below! Hasta la proxima! 😉

life barcelona travel art blog
3년 전 by ginamber57
$123.88
55 votes
댓글 남기기 10
Authors get paid when people like you upvote their post.If you enjoyed what you read here, create your account today and start earning FREE STEEM!
STEEMKR.COM IS SPONSORED BY

All true! Been there many times. Barcelona never disappoints.

A visit to Barcelona would not be complete without a stroll along the famous Las Ramblas cobblestone street. Start at Placa Catalunya, and walk leisurely (don't forget to sample the ceviche and other fish specialties shown in the photo you posted). Watch the antics of the clowns and street musicians. Take a side street ramble (I think that's where the English word came from) through the Gothic Quarter. Guaranteed to lower your blood pressure.

Once you complete your stroll, continue to the waterfront area, built as part of the renovation for the 1992 Olympics. Barcelona is one place where the funds for the Olympics endured far beyond the extinguishing of the Olympic torch. Far too many Olympics (I visited the site of the 1976 Montreal Summer Olympics, which left a desolate looking area, and let's not forget the 1984 Sarajevo Olympics which became a death zone during the Bosnian War) resulted in much wasteful spending.

Not Barcelona! You can easily spend a couple of days just in this area. Take in the beach area and the shops.

The cable car up to Montjuich, to visit the castle and park, is another must see. Just writing about these sites brings back fond memories.

Recently, there has been some political unrest in Catalonia, which is the area of Spain that Barcelona is nominally part of. The 2017 Catalan independence vote was overwhelmingly to secede from Spain. By the way, the street signs and public posters are in the Catalan language. Many tourists mistakenly think that they are in Spanish. It's better to speak English instead of Spanish in Barcelona. The Spanish parliament in Madrid forced the head of the Barcelona regional government to flee, and he was declared a traitor. So there may be a demonstration or two while you are there. I was in Barcelona during a general strike. As a tourist, no worries, just enjoy the scene.

I think you're right. I sometimes get too influenced by the media. I should relax more. If I close my eyes and imagine a leisurely stroll along Las Ramblas, that should lower my blood pressure. Thanks for pointing this out.

Thanks for your comment! It looks like you really know and love Barcelona. You are right, there are soooooo many places to see in this city! However, I don't really agree with you that it's better to speak English than Spanish there. People shouldn't be so obsessed with politics, you know. What's more, Barcelona is a very cosmopolitan city and therefore is home to a lot of nationalities.

Congratulation ginamber! Your post has appeared on the hot page after 32min with 36 votes.

Barcelona is a nice city in Spain , I love everything about it even there football club. FC BARCELONA .. I hope one day I will be their to see them play

Author you are a wonderful writer. I am also interested in writing articles too

Looks interesting... thanks for sharing the information.