I went to a musical event in Yangon.

It was quite unique.
Because a band which played in the event was a kind of avant garde art performers, their style is "noise" music.

Are you familiar with that genre?

This is just my opinion, in Yangon, it is difficult to find "avant-garde" musical event.
Of course, I have just lived for a year, it would be here by any chance.
But, music that Burmese have been listening and played in some clubs is almost "Hit-chart" music, especially EDM and Hip-hop. You can listen them everywhere you are in. Rock (playing instruments) is unpopular here comparing to Japan. If anything, I prefer rock, it is little sad for me. A Burmese friend explained me a reason why rock is unpopular is they can't afford to buy instruments. I don't know it is true or not. Anyway, EDM and Hip-hop are more popular in Yangon. As a side note, I played James Blown in my gym. Trainers and customers cracked up and said "What's this???" But this is just a difference of the cultures. We must dance as we like.

Close Encounters of the Third Kind 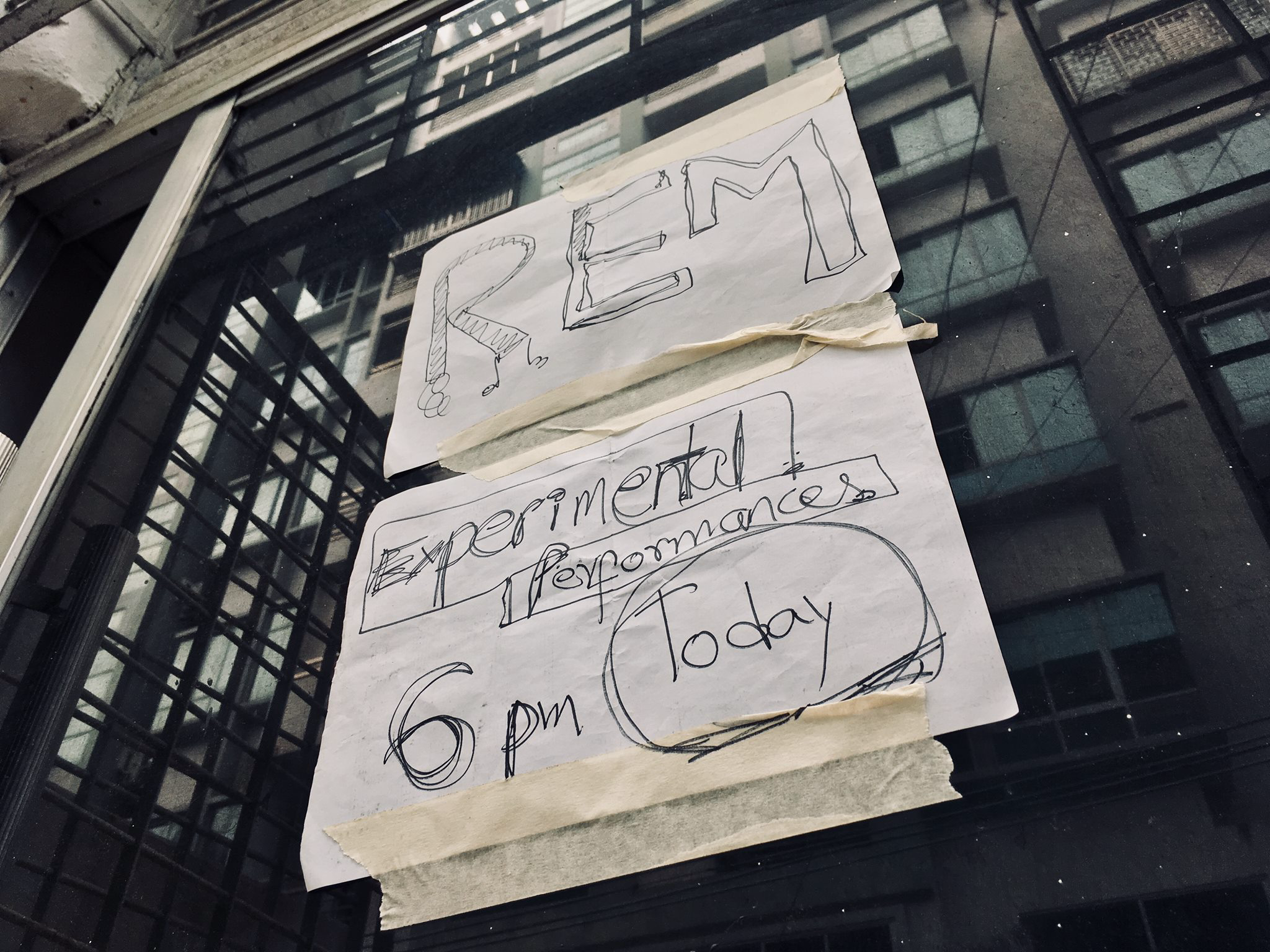 An entrance. "REM" is a title of the event. They express about "Rapid Eye Movement sleep" by noise music. When I entered in a place of the event, I was so surprised.
The place was small. There were some chairs, so many instruments I have never seen, band members, audience than I thought and a sleeping girl on a bed! THIS IS AVANT-GARDE!
Music, noise itself was also very good. What I know the noise music is almost Japanese. (It is called "Japanoise")
In Japan, not a few people have a virtue that difficult to understand is "cool". So, some noise music is going too far.
But "Yangonoise(I just made this name)" was very comfortable because their style had a dramatic development, started softly, liven up gradually and HARSH NOISE! 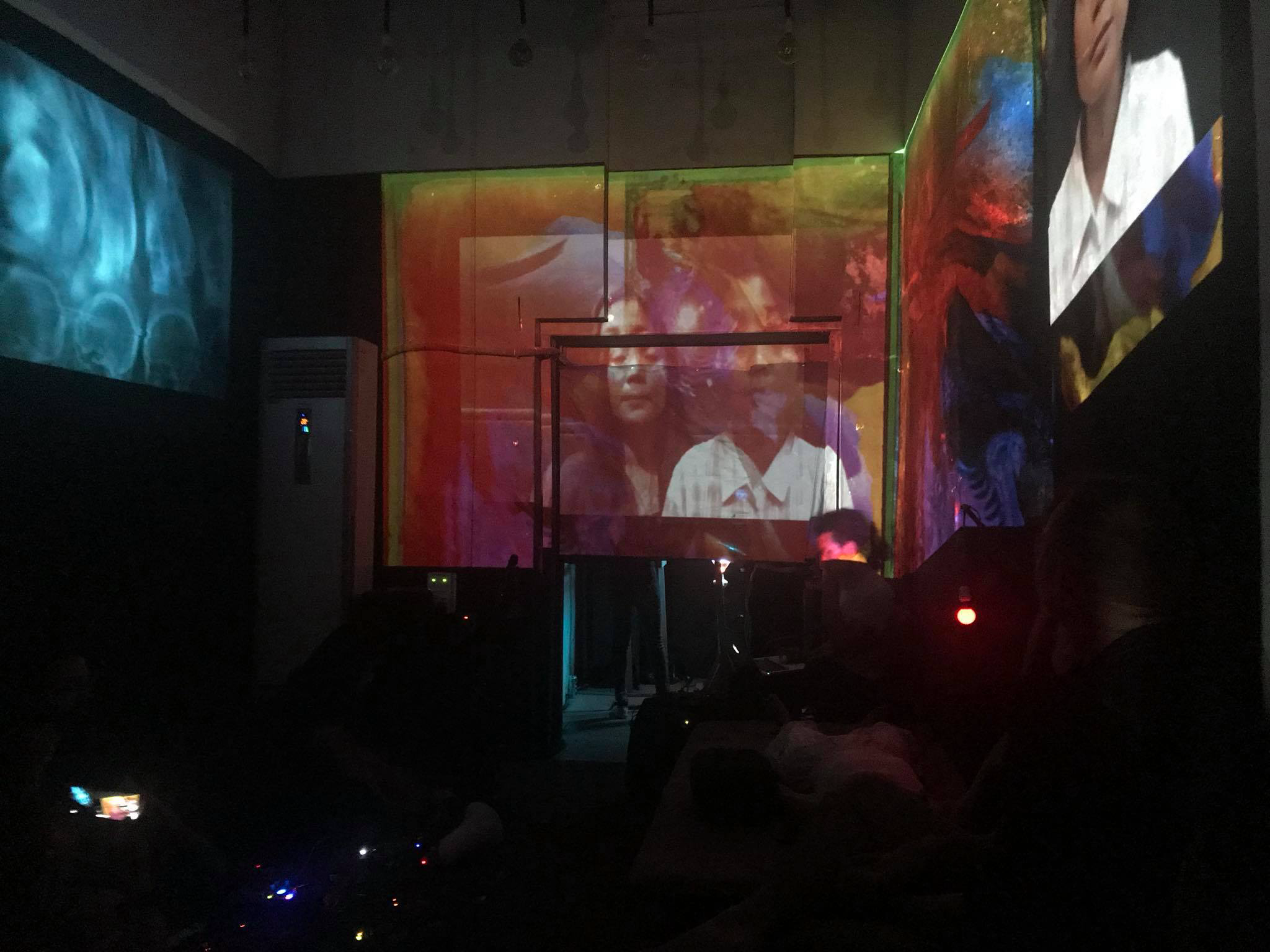 VJ is also so impressive.
I personally couldn't get it well comparing to music. But I thought those who couldn't enjoy their music could enjoy to see it while the show.

The most interesting thing was a role of the sleeping girl.
Her role was a conductor. If she turned over, noise became more loud. She got up, music was stopped. That's why this event name is "REM".

It was 2 hours show. Not enough at all. Must go to the next show definitely.

life music newbieresteemday minnowproject myanmar
2년 전 by kako140
$10.15
128 votes
댓글 남기기 6
Authors get paid when people like you upvote their post.If you enjoyed what you read here, create your account today and start earning FREE STEEM!
STEEMKR.COM IS SPONSORED BY

Your post received an upvote by the @illuminati-Inc music curation team and its partner @curie.

You may consider voting for the Curie witness; all witness payouts are used to fund Curie operations including but not limited to more than 10 curation teams (vote here).

Congratulations @kako1! You have completed some achievement on Steemit and have been rewarded with new badge(s) :