A couple of weeks ago a good friend of mine died.

He was a lovely man, caring, kind and full of enthusiasm. The phone call came as a shock, but I appreciate the fact that Helen, the friend who called to tell me about Keith's passing made the effort to let me know before I saw it on social media.

I worked with Keith in local government a few years ago and the decision to deliberately seat us apart was not surprising to either of us. We would have been a disruptive force between us. We were bad enough sitting on separate rows. 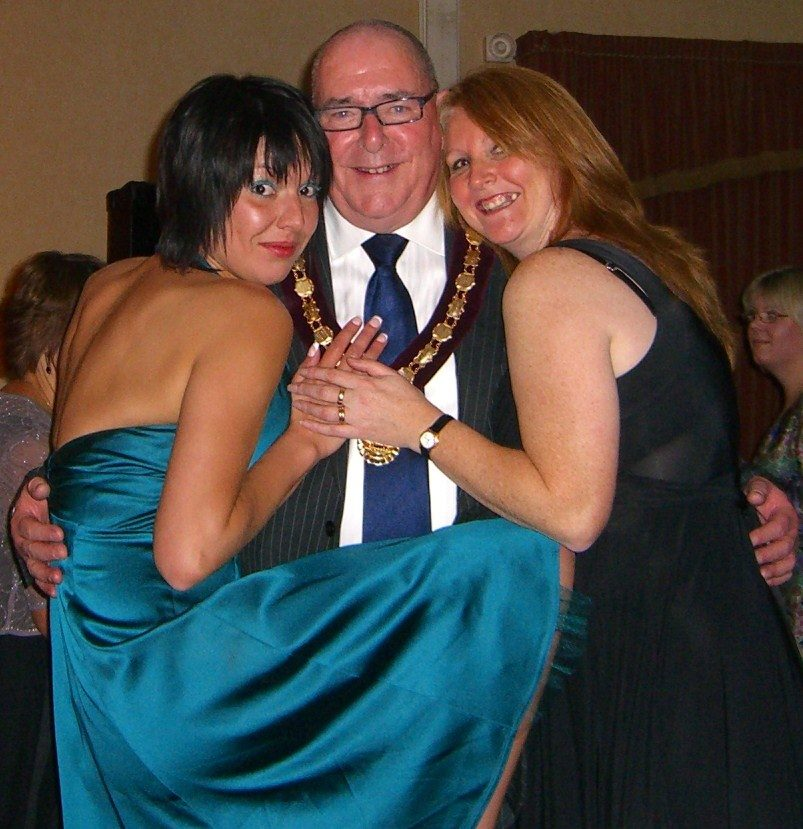 Keith had a cracking sense of humour and I never heard a swear-word pass his lips. He worked hard for Help The Aged and a number of Youth charities. This is Keith acting in one of his official duties as Mayor of Eastwood, celebrating National Old People's Day at Age Concern Source

Keith's funeral is on Wednesday and I've spent the afternoon making a card for his wife and their family. 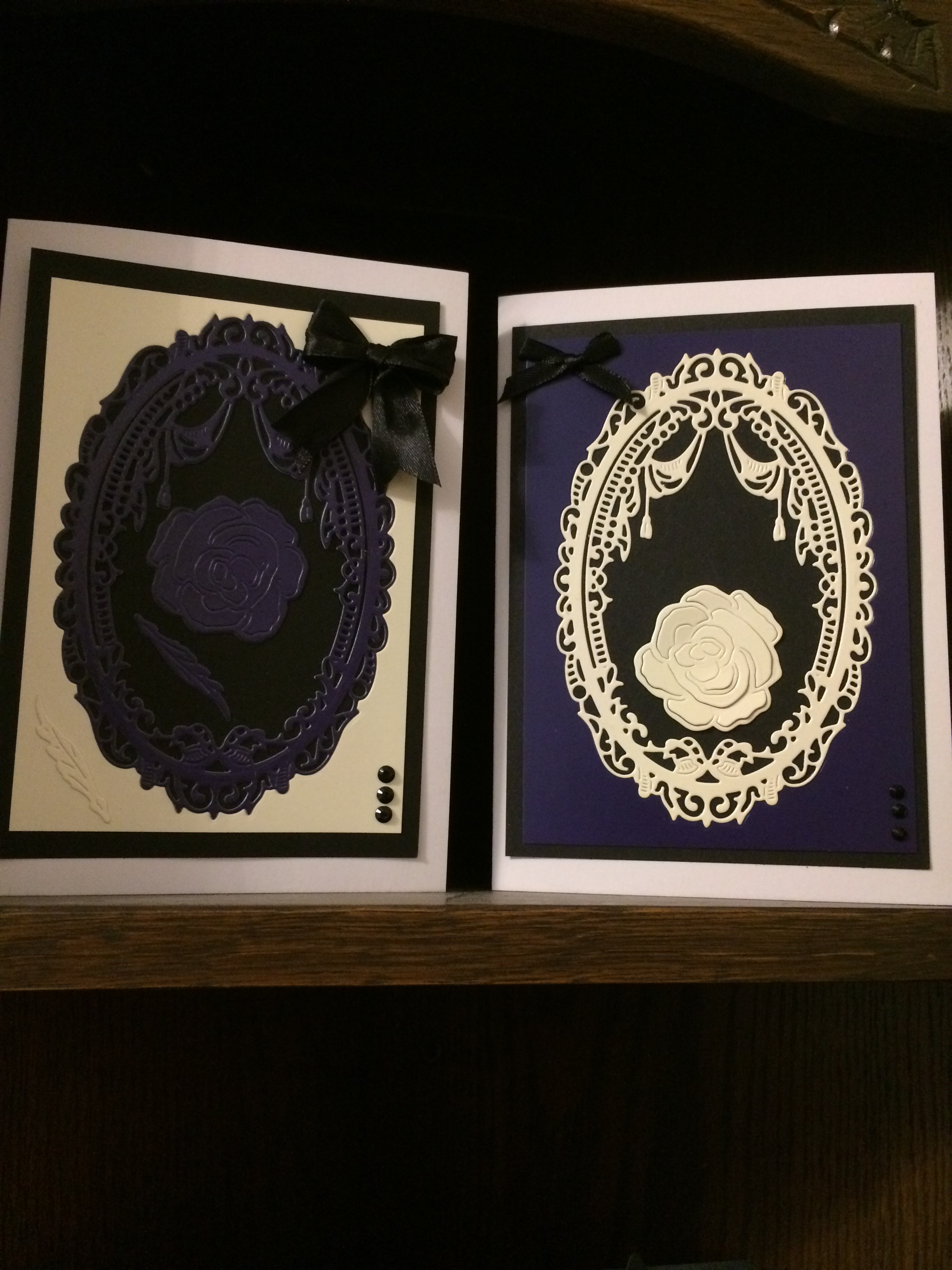 Not sure which one, yet

One of life's gentlemen, he'll be sadly missed by his friends and family and even by some who didn't know him.

The family have requested no flowers, however, there will be a collection which will be donated to the youth organisations Keith supported within Eastwood, Nottinghamshire.

I'll be donating the rewards from this post to the charities in Keith's name.

Treasure your loved ones, Keith's death was sudden and unexpected. We all think we'll have a little more time.

life family love community writing
2년 전 by michelle.gent74
$67.51
62 votes
댓글 남기기 46
Authors get paid when people like you upvote their post.If you enjoyed what you read here, create your account today and start earning FREE STEEM!
STEEMKR.COM IS SPONSORED BY

May his soul rest in peace!

Thank you and thank you for your generous gift for the charities too. I'll add it to the reward from this post.

Sorrow will always be there but let the sadness pass

So sorry for your loss, Michelle. The good seem to die far too young. It sounds like his passing will leave a very big hole in everyone's hearts. I assume you will be attending a funeral on Wednesday. I send my prayers out for the family and friends at this difficult time.

Thank you. It's difficult enough for Keith's friends, it must be hell for his family.

Yes, it will be. I was totally devasted when I lost my husband, my soulmate after 40 blissful years together. It takes time to pick up the pieces and having understanding friends really help. Just be there for them. No need for special words, your presence says it all.

I don't often throw out a 100%er but this is definitely worth it. Sorry to hear of your loss, he sounded like a top bloke.

He really was a top bloke. If anyone asked him to do anything for the community, there was never a chance of him refusing if he was available.

I’m sorry for the loss your dealing with... it’s so true that we never know what one moment could bring.. never put off making that phone call, or making that visit - because one day you may find out that it was the last opportunity you had and it was squandered.

It sounds like your really taking the time to honor this man you cared about. I’m sure his wife, friends and family really appreciates this. The card looks beautiful btw..

Again, sorry for your loss @michelle.gent

Thank you. I appreciate your kind thoughts. The news came as a shock.

Sorry to here that @michelle.gent..
Condolences

It is very disheartening to lose a loved one or a friend. But the truth is we never know when it's our time to go too. This life is short, enjoy it, spend time with loved ones, help the needy, feed the hungry, clothes the naked, and above all have fun.
From the little description above, it's quite clear that Keith was a good man whose legacy he left behind will always be remembered. I pray his gentle soul rest in peace.
Adieu Keith!

Thank you for your kind words. Much appreciated.

Oh! It's so sad.
When a close friend unexpectedly leaves us a piece of our heart is forever broken.
May his soul rest in peace.

I wish peace of your friend's soul. He should be in peace in the Hereafter.

Sorry about the loss dear @michelle.gent

I pray each day to God to give me the grace to show the people I love how much they mean to me because in reality, no one lasts forever.

sad news
god give him heaven .

Thank you. It's much appreciated.

Keith sounds like a lovely man. Rest in peace to Keith and well done on a very lovely tribute to your friend.

He was. Thank you.

It's a shame you didn't read the post, then you wouldn't make such a fool of yourself with this silly comment.

This life is short, enjoy it, spend time with loved ones, help the needy, feed the hungry, clothes the naked, and above all have fun.and rest in peace to Keith and well done on a very lovely tribute to your friend.
last i
#resteem your post in my blog

Thank you. Keith did all of that. He helped his community whenever he could.

I support you until the end very nice post @michelle.gent

Wow you smile is looking is so good and nice girls

I am so sorry for the loss of your friend. My heart goes out to his family as well. Keeping all of you in my thoughts and prayers. xox

ohh very sad that time....but next time to be recover ..,don,t worry..

Though an inevitable end,death and its pains have never turned out bearable,not even when an enemy dies,it always come with it numbness coupled with such an unprecedented feeling of despair,dejection and hopelessness.However,Dear do not forget that Keith lives forever,so please accept my sincere condolence and move on.

Moving on is not as simple as it sounds.

What a beautiful moment. And a really lucky man
He's got two beautiful girls.
Your smile, Michel, really looks like his smile.

Keith was my friend. He died.

I'm sorry to hear that . I hope his soul is in a beautiful place.

Nothing lasts in this world. That's something you can not avoid. We will not feel happiness forever or sadness. God created everything with a balance, where there is a sweet smile there must be a sadness of grief, where there is togetherness there must be a loss. That is a sure thing in our lives. We will feel the name left behind by the person we love, or maybe we are the deceased person we love. However, there are many lessons from it that we can take for a better life.

I'm such an idiot. The funeral is a week on Wednesday. Trev pointed out my mistake.

This is a fortunate accident, though as I will know how much money this wonderful community raised for his charities before the funeral.

Really, how disrespectful can someone be? AS in you?

sorry dear
i cant post
next time i don't mistake...