We Bought A Car In A Bunnings Carpark Tonight: Didn't See That One Coming!

What an evening! We've recently been going through a process of simplifying our lives and part of that has been downgrading our car that was costly to hold and was causing stress due to unmet expectations. I did a write up on the motivations for that here. 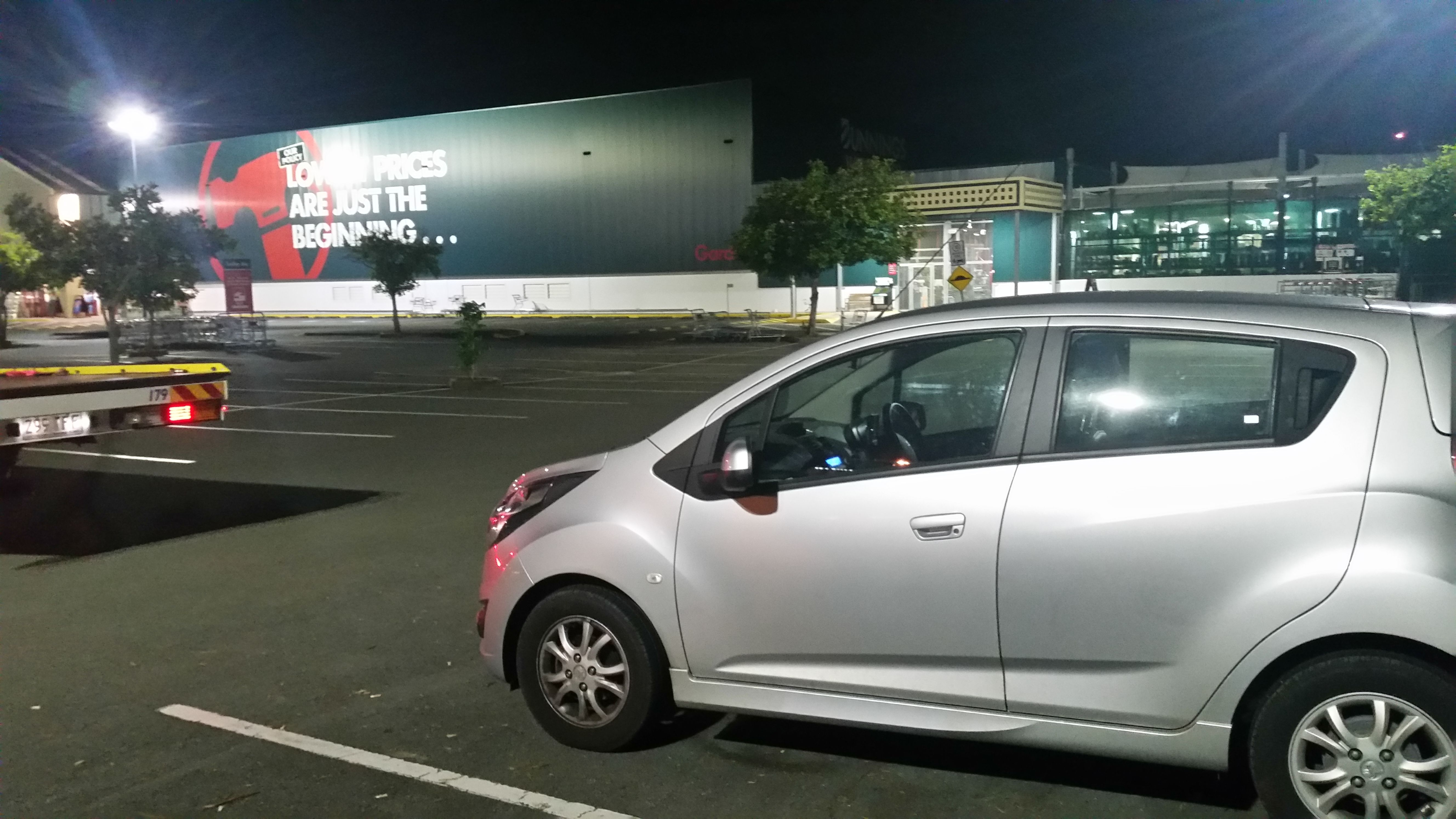 Our silver car just dropped of from being towed off the highway. Waiting for second tow. Its replacement was minutes away! More on that soon...

So we found a car we liked that was older and at a price we liked and went through the normal process of having it inspected and negotiating with the (rather lovely as it turns out) vendor. Today I came home early from work in order to drive with my wife out to the private seller's home in order to make payment and collect the vehicle. Sounds simple enough, right?

They live on the other side of town to us and, being that we were travelling in peak hour, the trip was understandably horrendous. After two hours on the road in stop start traffic, our fairly modern run around started beeping and flashing a red temperature warning at me.

I managed to negotiate the three lanes of highway traffic and we pulled up on the highway shoulder. I jumped out and had a look under the bonnet. I noticed straight away that the coolant reservoir was empty. This car hasn't been leaking. It's parked on concrete and I would have noticed leaking coolant. Perhaps a heater tap exploded, goodness knows, but it seems to have been something that came on rather quickly.

We called the vendor who was expecting us. It was the second contact with him, the first was to say that we were delayed due to the heavy traffic. I said "you're not going to believe this!" and started explaining the issue.

He was very accommodating and suggested that he come with his wife and meet us where we were stranded while we waited for a tow. That was very convenient as it would have meant a lot of logistical juggling to reattempt the collection with our runabout out of action and would have meant doing the whole trip again on another day.

The tow was a little complex. Being that we were on a highway, the government requires some kind of "emergency response" tow to get the vehicle out of immediate hazard. They literally drop you "around the corner" at which point another tow is organised to take you to where you need to go. Waiting in the cab of the tow truck while the car is being loaded to be taken off the highway. 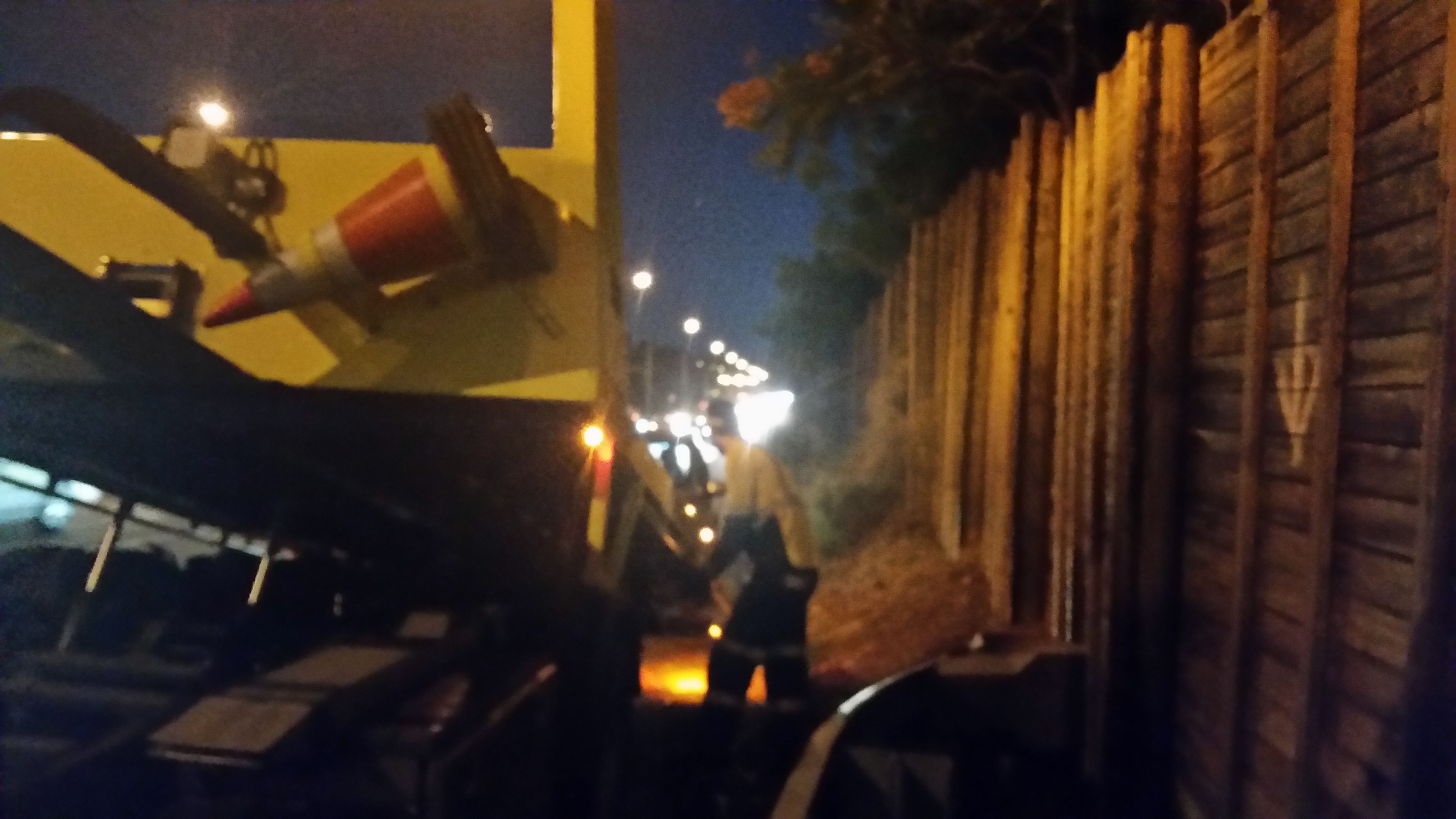 The first truck arrived within half an hour or so and dropped us in the large and well lit carpark of a Bunnings hardware store that we were close to. I messaged the vendor who was en-route with two cars and told him where we were. He was literally two minutes away.

Sure enough, there he was! He was funny, opening the door and saying to me "did someone order a car?" We filled out the paperwork on the boot of the car and I handed over the funds. We had an enjoyable chat and when the conversation was wrapping up, our second tow arrived. You couldn't have scripted it better! We just finished with the paperwork on the boot of the car to purchase the white vehicle pictured in this bunnings carpark as our silver car is being loaded onto the flat bed.

Our service coverage provided for the 40km tow back to a Holden dealer which was on our way back home. I rode in the tow truck and had a lovely chat with the Indian who was working the shift. My wife followed in the new car. We dumped the crippled vehicle out the front of the dealer and my wife and I took the new acquisition home. 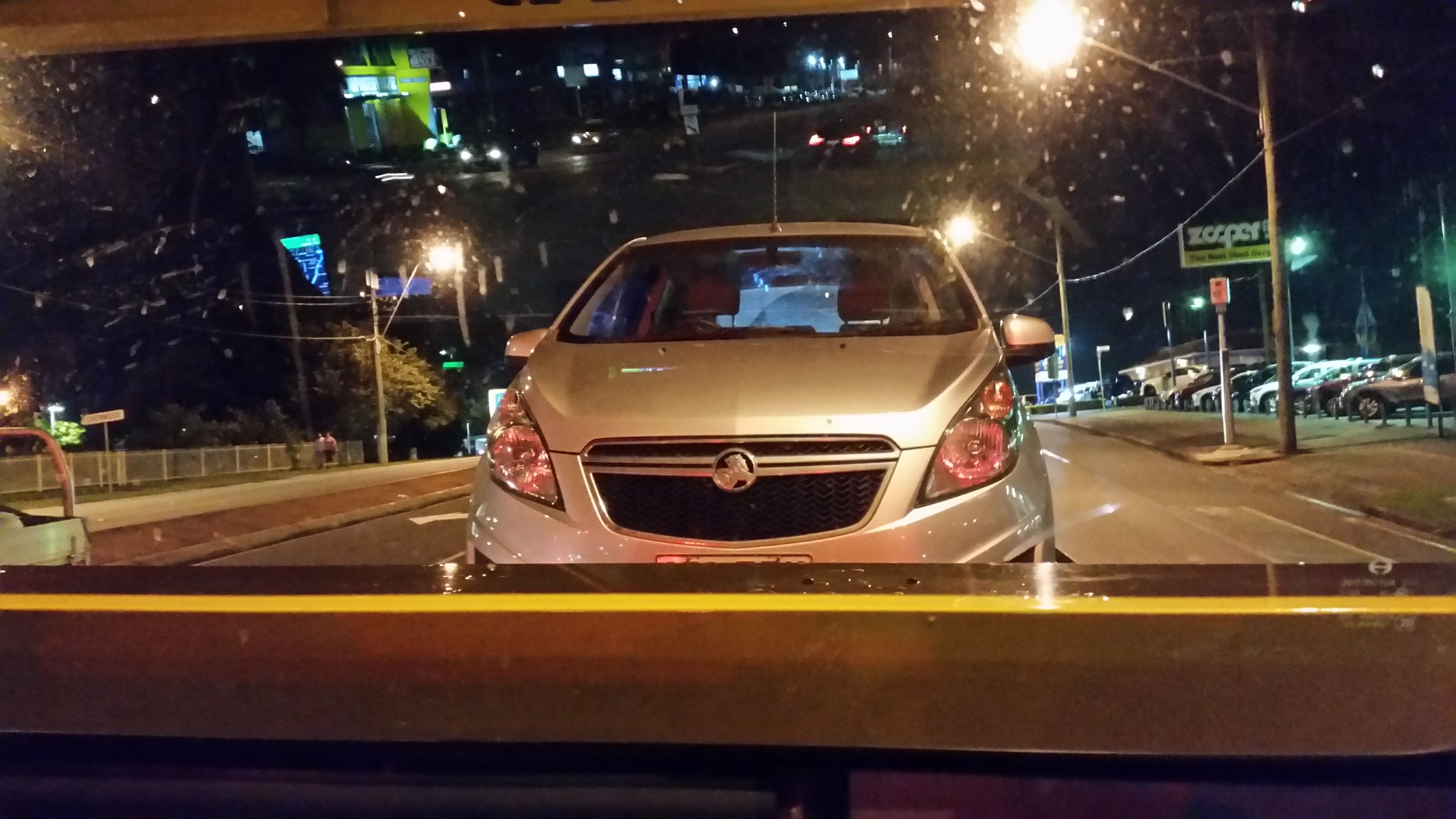 En-route to the Holden dealership.

As much as it was a hassle, I'm actually somewhat stunned at how we managed to still pull everything off, and so well timed too. That car could have failed on us tomorrow or at any other time and to literally be en-route to purchase a second car when it failed was something that only happens when planets align.

What an exciting night. Door to door we were gone for an amazing five hours but sometimes the unexpected inconveniences are what become memorable. We wont forget the night we took delivery of this vehicle!

life cars blog teamaustralia success
3년 전 by nolnocluap66
$47.80
114 votes
댓글 남기기 27
Authors get paid when people like you upvote their post.If you enjoyed what you read here, create your account today and start earning FREE STEEM!
STEEMKR.COM IS SPONSORED BY

Congratulations on the purchase of your new car, it looks gorgeous. Had a car with the same start-stop problems it wasn't fun . Replaced it last year now everything is as it should be in the world ))

Hey @badmusgreene, thanks very much. Yes we'll have some fun times with this car I'm sure. Happy with the deal.

Congratulations on the new car, just in time too! I think you will be happier downsizing. As you get older, it just makes sense.

Hi @cecicastor, thanks for your ongoing support! I've been unable to keep up with replying to comments of late and regret that as I really do appreciate your positive and regular contributions. Thanks for the well wishes. I actually feel a spring in my step this morning likely because the burden of high cost, high expectation ownership has been relieved from me.

I can now observe and appreciate expensive and good looking cars on the road and enjoy them for what they are... I don't need to own them in order to enjoy how the look on the road.

Haha... Someone must have been watching out for you up there.... I love happy endings... Congrats on the ride (car)

Hey @solcross, thanks! It's fairly rare to have things randomly work out so smoothly when plans go wrong isn't it...

Thanks for the well wishes and let's hope that the repair also makes for a happy ending.

That is awesome mate! Glad it worked out and like the slick looking new car.

When you said boot, my first thought is why did they put a boot on the car, which here means a device they put on the wheel so a car cannot be driven...lol.

Hey @mitchelljaworski! That's funny. I was contemplating using the term trunk for the American audience but decided on the Aussie term. I think you're referring to what we call a wheel-clamp. Thanks for dropping by!

I hope you shopped around. You could have got a 10% discount if you'd found it cheaper elsewhere. :)

Hey @choogirl,
Oh yes we did decent market research and made sure we drove a few different options. We negotiated with the vendor and both parties ended up happy. There were a number of considerations and this vehicle is actually a better match for us in a few areas than the more expensive one it replaces. Thanks for checking in!

Oh I actually meant cos Bunnings give you a 10% discount if you find things cheaper elsewhere. Sorry, bad joke.

How on earth did I miss that one?! An excellent joke, thanks choo! 😂

Life is certainly an adventure. I’m glad it all
Worked out for you.

That's so true @stephen-somers. In fact yesterday we were reminiscing about all the prior cars that we'd taken delivery of together. Many were boring affairs. This one we will certainly remember. Thanks for sharing our adventure!

Haha, i must say congratulations for your new babe, lol. It was actually a right coincidence that got you the car you wanted. It all went well from the bad time on the breakdown on highway.

Last night really was like a well timed movie plot @peterecheng. Thanks for the well wishes! We're happy with the result and I enjoyed the commute in this morning greatly. What more can one want?

Yeah, absolutely nice. Thanks for your reply

That is great it all worked out and the seller being very helpful.

Hey @j85063. Thanks! Yes the seller enjoyed the excitement as much as us I think. We all had a good laugh in the parking lot. Thanks!

Congratulations on the purchase of your new car, it looks gorgeous. Had a car with the same start-stop problems it wasn't fun . Replaced it last year now everything is as it should be in the world ))

Thanks for the kind words!

Congratulations @nolnocluap! You have completed some achievement on Steemit and have been rewarded with new badge(s) :

This is one the greatest write have ever read.. I can't wait to another one

Why thank you! I average one post a day so you won't need to wait long 👍