Today is a great day, I've been looking for an inspiration and it's finally here. My first post since I dropped my introductory post and my second post on steemit. I hope you find it interesting and entertaining. 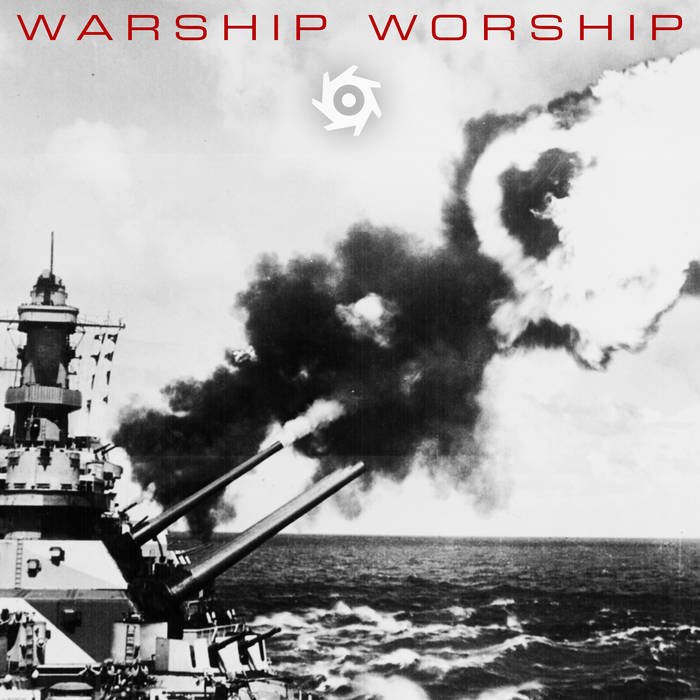 Worship is a devotion to a deity, a reverence for a supreme being. An awe for an ultimate being. People in various times have discovered for themselves various supreme beings or deities. That whom you regard as your supreme being may be different from mine. Man has a craving for seeking the cause of existence, we desire to know who it what brought about the world we live in. When we discover who this being or cause of existence is, we have a special reverence, devotion and awe towards that which we have discovered. This awe, devotion and reverence is what is termed worship. It is an adoration given to a super power.

A warship is a naval ship reserved for the purpose of war. This war could either be in the form of offence or defense.

Worship is aimed towards giving respect to a deity, therefore it is a tool to an end. Like worship, warship also is a tool to an end. The purpose of a warship is to lead to victory for the army in charge of the warship, and this army represents a nation or group of nations. Both of them are means to an end, not an end in themselves.

Worship and warship are both similar in pronunciation, though they're a bit different. Whom you don't listen properly, you may take one for the other.

In a worship, you may use your hands, especially a Christian worship, while in warship you use arms and ammunitions.

In worship, you hear shouts of victory, praise, adoration, joy, etc., while in the use of a warship, if you eventually become victorious there are shouts of joy and Victory. There is jubilation.

Warship is used in a war zone, while worship takes place in a place of worship (church, mosque, etc). Both of them are instruments for special purpose, used in special places to achieve special goals.

Grammatically, Warship is a noun, while worship is a verb.

The place where each of these instruments are used must be put into consideration. As a warship is used in a war front, worship is used in a place specific to the religion. A Muslim worships in the mosque, a traditionalist worships in a shrine, a Christian worships in a church. The place of worship is not a war zone, hence no warship or any other ammunition or arm be used in this place. People go to their places of worship to show their devotion and reverence to their supreme being. They should be allowed to do this peacefully and harmlessly. The mosque, shrine or church is not an abattoir, stop slaughtering people there. We need religious freedom, we need freedom of worship. The place of worship should not be turned to a war zone, a death trap, an abattoir or a place for bloodshed. Let people worship their supreme being in peace of mind.
Worship could be used in a war zone, as an instrument for seeking the mercy of a supreme being. Worship doesn't lead to bloodshed, instead it's for peace, unity and progress. Warship is for defence, let us live in peace with one another. When Worship becomes a warship
When the noun becomes the verb

As similar as these two instruments are, yet so different, worship can become a warship. In a world where life is no longer held as being sacred, where materials are being loved over lives, where individual pleasure is sought after much more then collective comfort, where the worship center is now a slaughter house and the government and those in authority seem not to be concerned nor bothered, worship should become a warship. Pray your way through, worship your way to freedom, seek the face of your supreme being to restore calm and sanity to creation. When we lift up our hands and voice in worship, in one accord and unity of spirit, and make our desire known to our supreme being, we will have the victory.
At a time like this when life is no longer valued, I say to you, turn your worship into a warship. This warship is not to kill or shed blood but to rescue and save life.

I'm inspired by the ongoing killings and bloodshed, destruction of places of worship, fear to worship and man's inhumanity to man that has ravaged the world in recent times. Let us seek peace and freedom. You live a life only when others are happy because of you. If this doesn't happen, you are living a lie, not a life.

Your upvotes and comments are welcomed.

life christianity freedom religion teardrops
2년 전 by phabi45
$0.00
3 votes
댓글 남기기 2
Authors get paid when people like you upvote their post.If you enjoyed what you read here, create your account today and start earning FREE STEEM!
STEEMKR.COM IS SPONSORED BY

I upvoted and followed you; follow back and we can help each other succeed :)
my last post