The Fisher's principle states that the population of the Earth if left to nature alone, would be 50 percent men and 50 percent women. Unfortunately, other aspects that give the two genders some degree of equality are perturbingly scant. We live in a male-dominated world, and I am not referring to population. The repeated cries of women highlighting their plight at the hands of men are known well enough to all; hence they are not the focus of attention here. The importance lies in our reaction to these protests. 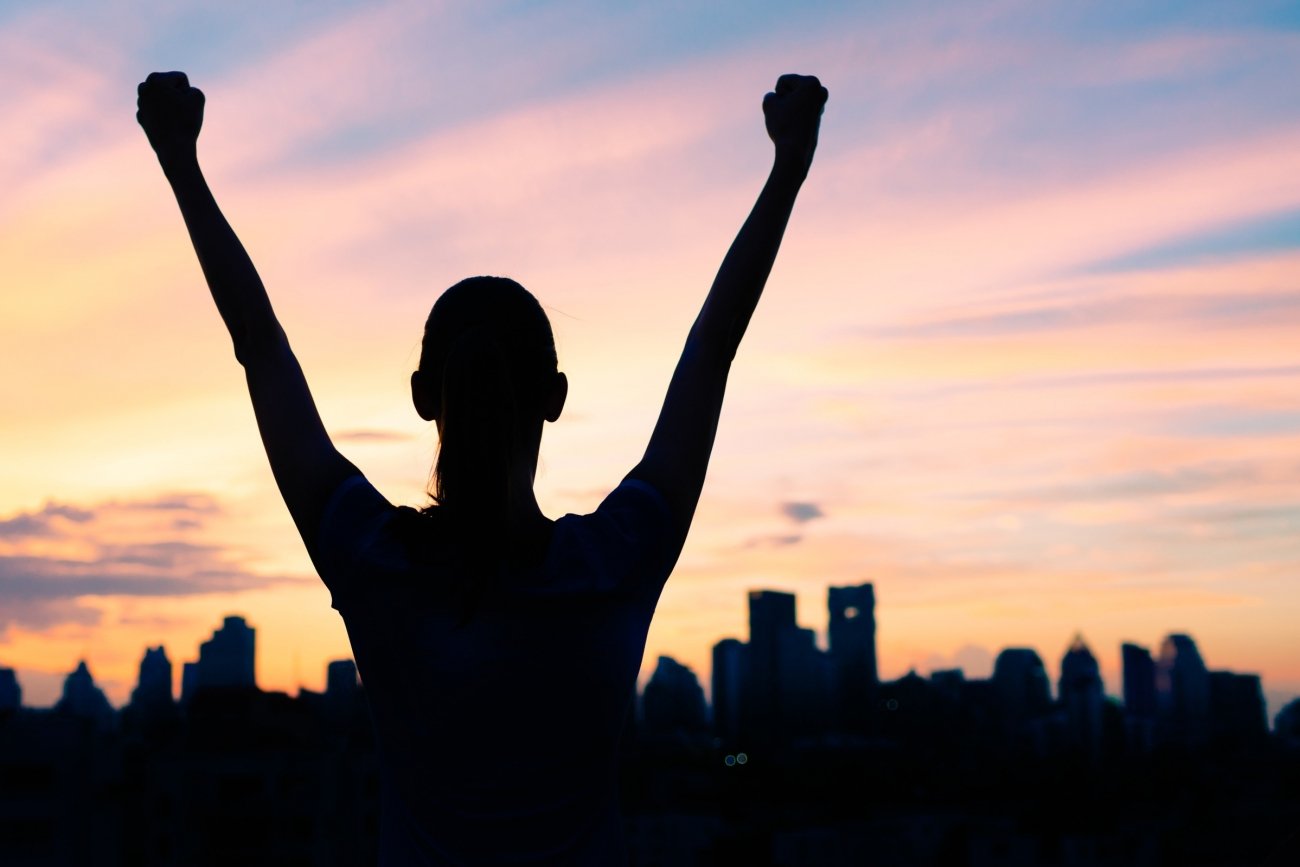 Feminism is a term we hear and read about all over social media. Before talking about it, one should have a clear idea of what it actually means. Wikipedia.com defines feminism in the following way: Feminism is a range of political movements, ideologies, and social movements that share a common goal: to define, establish, and achieve equal political, economic, personal, and social rights for women. This includes seeking to establish equal opportunities for women in education and employment. The definition is, of course, a liberal one and does not take into account the influence of religion. For the moment, pay little attention to what religion says as the majority of us are not qualified or knowledgeable enough to rightly interpret it. We need to see what is logical, morally and ethically right.

Various feminist organizations are quite active in getting their demands and concerns heard across the globe through protests and demonstrations. Feminists also take it to social media to highlight their objectives and complaints. To these actions, people (understandably men) respond with ridicule and dismiss the claims as baseless and illogical. Such people are right to some extent; feminists do tend to exaggerate their experiences and seem to 'read' the intentions of men, on which they base their arguments and judgments.

Such examples commonly come across every day. A teenage girl goes to the balcony for a breath of fresh air but immediately reenters her room, complaining that a couple of workers nearby were looking at her. It is possible that they just saw who was there without bad intentions. Wouldn't you look at something that suddenly enters the same scene you're in? What power do women possess which makes them aware of the thoughts of men, one wonders? If a group of boys stands near the canteen of their school, it is automatically believed that they've come to stare at girls. When a guy greets a girl with the most innocent of intentions, there is still a great chance the girl regards him as a poacher. It is the same when a male tries to help a female. "I know what he wants from me", she fears. These reactions frustrate the 'good' men who then accuse the female gender of self-victimization.

One must not be judgmental, that is true. But in blatantly nullifying women's experiences, no matter how illogical and baseless they seem, we do not take into consideration a fundamental truth. We complain about females' tendency to self-victimize, but have we ever wondered what makes them do it?

Imagine you are floating freely in outer space. You see objects that are new to you. Your eyes are wide open in awe of your surroundings. You are confused. You do not know what is there to be scared of, what will benefit you, and what serves no purpose or use for you. You keep floating, being unaltered by the extraterrestrial objects that fly by. Right now, you are just a surprised observer. You have no reason to judge what is around you. You float, not happy, not scared, without judgment. There are no reactions as you have never interacted with the surroundings. Now consider yourself a woman who has been plunged into space for the first time. You do not recognize the objects but can see what they're doing. You see rape and murder. You see women being beaten and tortured domestically. You see sexual harassment. Then suddenly you come face to face with an object. What will your reaction be? The answer is conspicuous. You may argue that you can come across good too, at times when women are seen happy and treated with love. But, our minds are influenced more by punishment and bad experiences than by pleasure. It is fear that drives most of us.

Even if self-victimization, which is the biggest objection to feminism, can be justified, other aspects of feminists' demands are difficult to approve by rationality. Campaigns like "free the nipple" and "breastfeeding in public" have perhaps become the mainstay of feminist demonstrations in the west. Advocates of such practices take gender equality to a whole new level. According to them, if a man can move around without a vest, so can a woman. They fail to understand that the male and female bodies are different, with women having more body parts involved in sexual arousal. On one hand, they want to expose their private parts and on the other, they complain about the increasing cases of rape. Does it make sense? Rape is not at all justified even if a woman walks around naked, but when one already knows about its prevalence today, taking safety measures is probably a good idea.

Furthermore, many of feminists' movements impart the idea that females want to copy everything that men do, and get everything they have. "If men can, why can't women". Is feminism a voice for equality, or an outcome of jealousy? Even social media chooses to highlight such not-so-useful campaigns. We seldom find articles that let us know about an event which urged to end domestic violence or fight for equal pay, but regularly come across news of any campaigns like 'slutwalk' or 'femen' which give feminism a bad name in conservative societies(like ours). Even if the latter are important, they are still of secondary importance to the basic primary problems.

Do we need feminism? The answer becomes complicated when the opportunistic use of this term sometimes (or mostly) overwhelms its primary textbook principle. It is true, as mentioned earlier, that feminism today has its flaws. It is also true that women today have more rights than ever, and some of them even use them opportunistically. It is also true that in support of women and advocacy of feminism, it is sometimes men who are targets of injustice. Social media has also coined the term 'Meninism' as a feminism antagonist, trying to support men in a time of apparent female bias. Can women be biased against men and judge them poorly? Of course. But because women are not in a greater position of social power, these are incidents of discrimination, not oppression or sexism.

Look around you and see what women have to face every day. You may be a woman who thinks she doesn't face any of these problems and neither do any of her friends. You may say the plight of women is embellished. But its not. We are not talking about all women, but most of them. You may reject supporting feminism because some aspects do not seem right to you. But will you stop taking a drug due to its side effects, even when it is the only choice?

The injustice against women is so deeply rooted in our society that it has even become a part of our culture. In our society, it is culturally accepted that women leave their jobs after having children. It is automatically believed that women cannot be and are not the sole bread earners, and should lead their lives mostly under the instruction of their husbands. It is a taboo if a man's wife is the sole bread earner and not the man himself. Why? And then, we blame women for giving up jobs and wasting their degrees when they marry. But in reality, it is our culture and customs which brainwash most of our women to keep taking these decisions. Imagine you (a man) work hard all your life to develop a great career, but have to drop it someday because you've been told all your life that a man's goal is the upbringing of children, and everything else is of marginal importance. That your wife is supposed to earn for the family, develop a great career and achieve all she has aimed for. Will you accept it to be fair? If I ask women the same question, most of them will not have any problem. They have been chronically brainwashed to not see the injustice, and it is not their fault.

Modern feminism may be more about entitlement than a reaction to the unfair treatment of women. It may not make sense in some parts of the world where women actually have equal power and rights. It may seem to promote indecency. But, this must be accepted as necessary evils for a greater cause. We still have unequal pay, domestic violence, social injustice, political inequality, and rape and harassment around us, and that is just naming a few. We need to end this injustice. It does not matter if a few women make the wrong use of it. Some bad apples should not cause the whole gender to suffer.

I ask again; do we need feminism? Answer this question by thinking about the women you care about: wives, daughters, friends, mothers. Do you allow your daughters to travel alone after sunset, or even before, without perturb? Do you provide them with more security than your sons? If you do, why so? What are you afraid of? These questions are just a few among many which you need to ponder over, and then you will find the answer.

life writing feminism truth steemit
3년 전 by steemtoons47
$4.48
18 votes
댓글 남기기 11
Authors get paid when people like you upvote their post.If you enjoyed what you read here, create your account today and start earning FREE STEEM!
STEEMKR.COM IS SPONSORED BY You WOULD have received a @GrumpyCat flag on that other post because you or someone else sent money to buy votes from an irresponsible non-GrumpyCompliant service.

@sneaky-ninja @pushup and @aksdwi are acting irresponsibly by selling votes to people on their post very close to final payout. (99% abuse rate)

To know what voting bot to use, refer to https://steembottracker.com/ and use those that have 3.5 day or less in the "Max Age" column.

I would upvote for visibility, but it kind of makes me feel dirty. Hopefully everybody sees this. :-)

why are you spamming my post?
If I haven't done anything wrong, you have no right spamming it for no reason!

It is a courtesy warning to let you know about the consequences of using non-GrumpyCompliant voting botes like @sneaky-ninja like you did on that post : https://steemit.com/comedyopenmic/@steemtoons/lee-has-some-serious-questions-about-bitcoins

It seems you got a $56.211 upvote from @madpuppy at the last minute before the payout. (18.88h) and this comment is to make everyone aware.

WE ARE THE RESISTANCE!

Your self upvote is flagged by The-Resistance team using the WE-RESIST bot.
We will be resisting with a team, stronger each day, unless you stop downvoting innocent people. It seems you got a $54.2437 upvote from @madpuppy at the last minute before the payout. (16.02h) and this comment is to make everyone aware.