It seems that Litecoin has been in the news for several weeks now. Although there has been tons of activities across many other ICOs, Litecoin has somehow continue to occupy my time and thoughts. So this week’s post continues on the various other items and events surrounding not only Litecoin but the broader digital asset community as well. One of the more impressive news announcements was the news that IMF Chief, Christine Lagarde is a supporter. 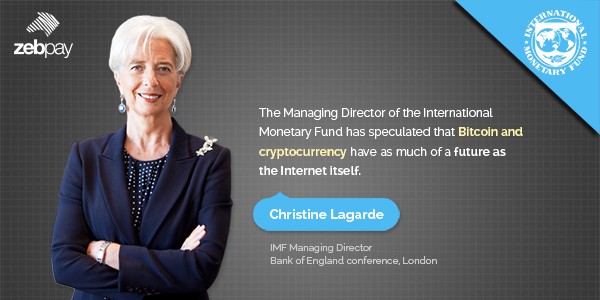 In our last week’s post, we talked about the various other projects that Litecoin is partnering up with. This week, there have been more information on other new projects. Namely 4 additional news worthy piece of information.

I think what I’m trying to figure out is that despite all of these great pieces of news, Litecoin continues to struggle unlike the other majors ICOs. What gives? I think that requires some unpacking.

Question: What is going on with Litecoin?

Summary from last week:
• Last week we looked into the various other partnerships that came to surface after the demise of LitePay.
• These new projects includes LitePal, LTCPay, and Aliant.
• In each of these projects there was expectation and hope that there would be a solution into getting LTC into the masses and transfer payment.
• Unfortunately, none of these projects are viable yet. However all of them hope it would be the catalyst to ignite the LTC/BTC mass transfer payment phenomena
• At this point, its all conjecture about how quickly LTC and BTC will replace fiat and be the preferred way to make payments.
• LTCPay failed due to lack of transparency and lack of viability of its technology.
• Litecoin foundation funded a good amount of the initial startup.

What are the other new projects with Litecoin and news?
• There has been three to four new partnerships that have transpired that make Litecoin even more interesting and more mainstream.
• 1) TenX partnership - Wallet provider - where they announced that they would be supporting Litecoin.
• 2) Abra - an Investment App, will use Smart contracts on the Litecoin network....in the near future.
• 3) Korbit - South Korea’s 2nd largest Cryptocurrency exchange.
• 4) Wirex - Payment platform, similar to above Abra, except you go through PayPal as an option or fiat currency.
• TenX announced that they will integrate LTC support. They have added LTC support on both their iOS and android. What is most surprising is that they plan to launch a TenX LTC debit card as well. This seems putting the bourse before the carriage but it nevertheless moved investors to think more bullish.

• Abra is a peer to peer investing app, think Coinbase. I think the fact that they are doing this is not that innovative. Its another player saying that they you can transfer fiat or BTC and then invest in XRP, LTC, etc. Its basically similar to Bittrex, Coinbase, Blacktrade etc. Nothing new here.
• Korbit’s announcement is interesting as well since LTC will now also be traded in South Korea. the exchange sees about $79M per 24 hrs of trading. 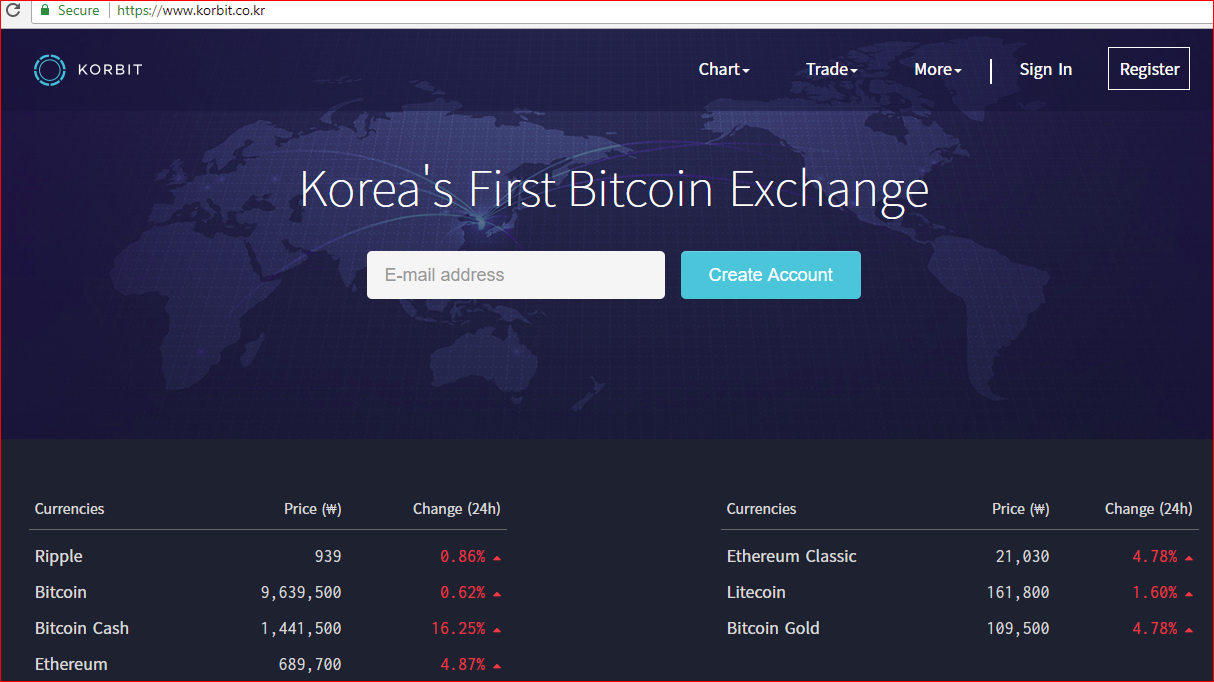 Korbit has the 27 largest BTC trading volume. So not that big of deal. • Another platform also announced that Wirex will also but be adopting LTC. Wirex
• Wirex is formerly known as e-coin. And was among the first to allow Cryptocurrency transactions via two way. E.g. but BTC via PayPal and back. 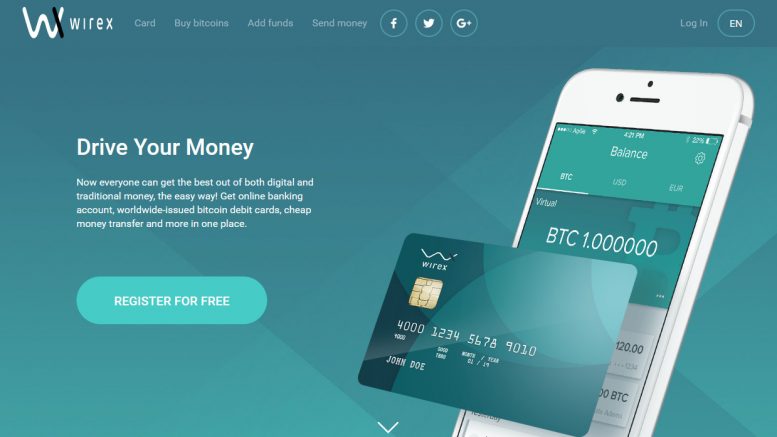 • Wirex has been around since 2016 and prior to that had also several years of operations.
• The Wirex information about supporting LTC seems promising since their company looks like it has more daily application and adoption.
• I think the most disturbing news is the Verge, Pornhub, LTC, TokenPay news, about how one can use LTC, Verge to support porn. I’m not a fan of this but its news nevertheless.
• I think another piece of news that has been gaining traction is the news from the IMF Chief, Christine Lagarde, where she stated that the benefits of Cryptocurrency, and Blockchain
• Lagarde said cryptocurrencies can to minimize transaction costs, and the Blockchain Technology could improve efficiency and increase safety. “Crypto-assets enable fast and inexpensive financial transactions, while offering some of the convenience of cash. Some payment services now make overseas transfers in a matter of hours, not days,.....The underlying technology of crypto-assets—distributed ledger technology, or DLT—could help financial markets function more efficiently. Self-executing and self-enforcing ‘smart contracts’ could eliminate the need for some intermediaries,” she said.
• Lagarde’s comments helped rally some of the ICO prices this pass week.
• Bitwise Cryptocurrency Index ETF is now available for IRA, in the form of self-directed IRA is impressive. It essentially makes Cryptocurrency available for retirement accounts. This is really crazy. The caveat is that its for self-directed accounts which means the minimum for investments is $25K and only for accredited investors (individual earns $200K per year or joint $300K or have liquid $1M excluding primary residence). This news is interesting but it still limits how many investors can participate. • Bitwise’s index will only have the 10 largest ICOs, so if you’re looking for new start-ups you can’t really do that. But from a Tax advantage perspective, this adds value.
• Barclays bank is looking to moonwalk back from their comments about how BTC and ICO is like a scam. They are now looking to move forward to furthering the research and development of Blockchain as well as BTC and other digital assets. The news is that they are contemplating the launch of a cryptocurrency trading desk. This was triggered because there were a group of hedge funds that need banking of these new trades and Barclays doesn’t want to lose out (FOMO).
As a result, Barclays is joining the other banks in offering prime brokerage to the these hedge funds that are currently soliciting approval from their investors to begin investing some portion of their hedge funds into ICO. 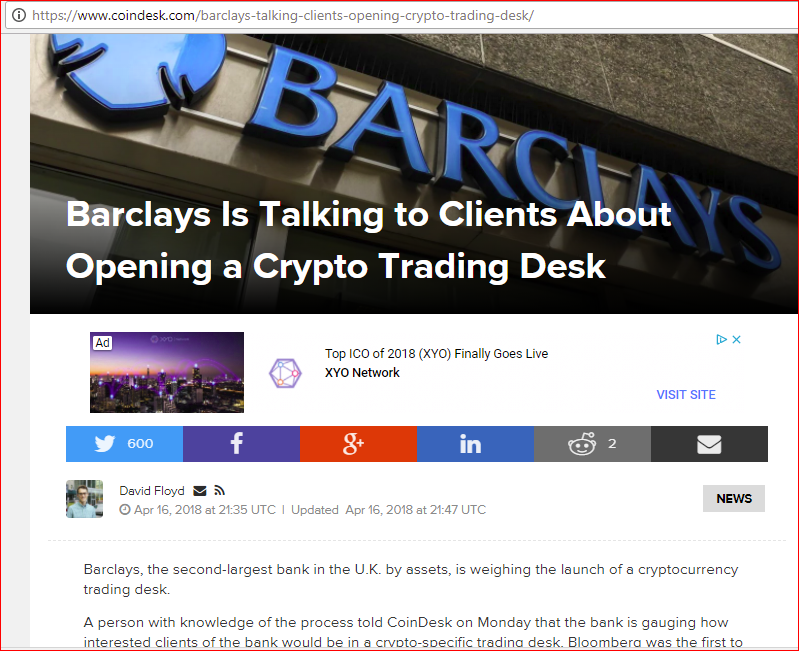 Key Takeaways:
• There is a constant stream of information about the ICO adoption and the benefits of using ICOs.
• The IMF comments suggest that there is legitimacy to the whole experience.
• What is most interesting is that if the most universal lender to developing nations (IMF) is onboard, then I think there is much more runway to the whole ICO experience.
• Another piece of news of Barclays bank is also a fascinating piece of information.
• Bitwise news is also interesting because its allowing the masses to begin investing (albeit in their self direct IRA). This might be the beginning of a trend but hard to say….
• Either way, I think its safe to say that blockchain technology is here to stay and will continue to be adopted by all but the pace will be slower.
• As for Litecoin, I think the various partnerships are all great and all and seem to suggest there is demand but despite all of this, Litecoin continues to underperform Bitcoin.
• Litecoin has bounced up higher but I still think its still underpriced relative to other ICOs. So at the very minimum look to buy LTC at the dips (<$120).

litecoin bitcoin cryptocurrencies ico
3년 전 by epan3561
$147.12
19 votes
댓글 남기기 5
Authors get paid when people like you upvote their post.If you enjoyed what you read here, create your account today and start earning FREE STEEM!
STEEMKR.COM IS SPONSORED BY Thanks for the feedback! Sorry it took so long....my day job sucked all of my time during the week.