MANNA - a weekly passive income for everybody

Today I have the honor of introducing the cryptocurrency with a market cap of around 0.35 million (06/04/18), making it #1024 in the crypto world according to market cap.

According to the whitepaper: „The People’s Currency Foundation (shortly PCF, a United States-based 501(c)(3) nonprofit organization) offers a solution to the growing problem of wealth inequality and its consequences. We have developed an alternative currency called Manna which is issued into circulation as a universal human right, with equal access for all whenever new units of the currency are created and distributed.“

All right, the main goal is to provide Universal Basic Income (for more: https://en.wikipedia.org/wiki/Basic_income). Anybody who signs up for UBI will receive a certain amount of Manna every week. I like the idea UBI could be distributed utilizing cryptocurrency. The most recent Manna money supply I’ve found is this (as of 1/1/2018): You can see that they have quite a large 10 years reserve of Manna for weekly UBI for next 10 years (750m). If they transit to automated coin creation instead of using reserves, they will burn that reserves. The rate of automated coin creation will be 3.5% of the current supply of Manna in circulation – close to the historical average of inflation in developed countries.

There is a certain amount of Manna being distributed every week (around 350 000) so it depends on the number of recipients how much everybody will get. Last week I got almost 10 Manna, around 350k were dividend among 40k recipients: 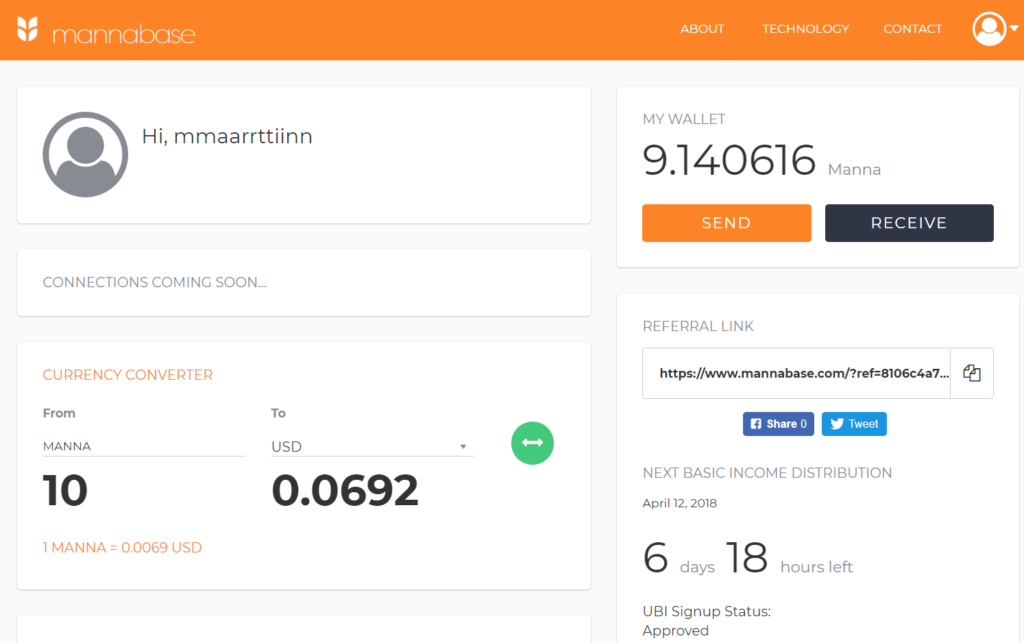 Very important to projects like this is to distract potential fraudsters. Manna should be delivered to people in need, not to people trying to abuse the system. Manna team have implemented just very basic anti-fraud strategy yet – you must confirm your phone number so you’re limited only in this way (you can purchase multiple SIM cards – but I wouldn't recommend that due to a relatively small amount of economic value being distributed to each person). According to the whitepaper, they intend to implement a further anti-fraud strategy in future - an algorithmic web of trust system, in which Mannabase users will be scored on their likelihood of being a real, unique human being. 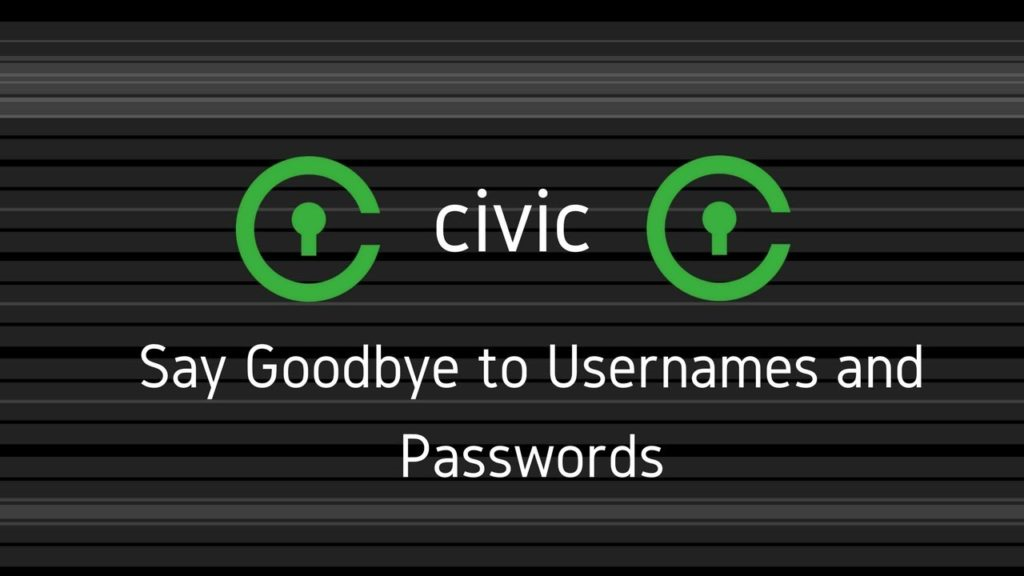 The thing I like very much about Manna is that its price isn’t backed up just by speculators like most of the cryptocurrencies. It’s backed up also by tax-deductible donations which are used to buy back the token on markets where it trades. A tax deduction is possible because People’s Currency Foundation is a United States-based 501(c)(3) nonprofit organization, classified as a public charity by the U.S. Internal Revenue Service. Note that in these early days the value of Manna is still determined mostly by the free market.

All right, now you know basic information about Manna and you’re ready to sign up for UBI. Next time we will go more in depth.

If you liked this post, please use my referral: https://www.mannabase.com/?ref=8106c4a7eb

Disclaimer:
Never invest more than what you can afford to lose. This post is my personal opinion, do your own research before making any investment decisions. If you make any trades after reading this post, it is completely in your responsibility. I am not responsible for any of your losses. By reading this post you acknowledge and accept that.

manna passive universal basic income
2년 전 by mmaarrttiinn1151
$9.34
12 votes
댓글 남기기 5
Authors get paid when people like you upvote their post.If you enjoyed what you read here, create your account today and start earning FREE STEEM!
STEEMKR.COM IS SPONSORED BY

Hi boss am always happy you are around, you just can't stop dropping the hot work, more from you boss..

Thank you very much for your support!!

The author used the whitepaper as a main source like me, so what's the problem? I didn't about that site.