FAKE IT TILL YA MAKE IT

A little FAKE IT TILL YA MAKE IT goes a long way. I say this in my classes that I teach in NYC all the time.

As an athlete, there were so many days I would walk on that court NOT IN THE MOOD to give my best. I had to make a choice. I knew that if my coaches or opponents detected my state for even a moment, I was in trouble. There were games I wasn’t confident; maybe I was in a shooting slump or I knew I was up agains a tough competitor. But there was no way I was going to let anyone see my weakness.

When I walk in the spin room to teach a class. There is no way I will ever let anyone know that I’m tired, sick or depressed. I’m human. I have those days. I literally do a “3-2-1…Action” right before I walk in the door and at that moment….it’s GAME TIME.

Here’s what I know: It works.

Suddenly, by acting as if I’m happy. I am.

When I would walk on the court and act confident. I became confident.

When I ride with my clients….I can see moments when they begin to lose it. I tell them “when you feel like slumping over the front of your bike because you’re tired, get a little taller instead. A little FAKE IT TILL YA MAKE IT goes a long way”. One by one. I see everyone get a little taller and the collective energy in the room rises.

In this article, Arthur Brookes is speaking more specifically about being thankful. But it really has application into all kinds of faking it till you make it. Even smiling when you aren’t happy stimulates a part of that brain that is associated with positive emotions.

Here's the good news: you don't have much to lose.

I’m lucky. I don’t have a choice. I don’t get to wake up and see if i want to be happy. Every single morning there are at least 50 people counting on it. On the mornings I don’t feel like it, it can feel overwhelming. Luckily I’ve been faking it till I’m making it for over 30 years now. From the basketball court to the spin room…to whatever comes next….I will wake up and make myself happy at least for that moment I need to be. And because of that moment…I am exponentially happier overall.

Try it today and lmk how it works!

mindset wellness fitness visualization psychology
2년 전 by holly56
$185.18
42 votes
댓글 남기기 23
Authors get paid when people like you upvote their post.If you enjoyed what you read here, create your account today and start earning FREE STEEM!
STEEMKR.COM IS SPONSORED BY

I've seen some people doing :"faking it till you make it" as you emphasized in your post, but some of them are only for a show they spent lots of money in the clothes they are wearing, they spent expensive cars just to show to their friends that they are rich; but they struggle to pay their bills at home, then they ended up selling their lambo, and ended up selling their house because there was a money emergency that they have to pay. We have to think first before buying things that we don't need to buy expensive stuff just to impress our friends because in the end we are the one who are responsible to our future.

This might work for a sports person but not in every area, you might end up faking up till your account gets in the minus before you're trying to play the role.
Just get your mindset right so you don't get destabilized by just anything.

It will definitely not work in every area.

I always sing the chorus of a catchy song out loud (or in my head if there are people around) and force myself to smile and at least bop if not dance for 30 seconds and I always have a little more energy and pep in my step afterwards!
It's that or the fact I normally do it after a double espresso in the work kitchen.

And that is what a professional trainer does. For me (especially in some other countries), I arrive with a sense of yuck again... but within a few minutes the passion floods back and autopilot kicks in. And the funny thing is I usually come away learning something on that yuck again day... discipline, fortitude and commitment. Bravo @holly

Duuuuude! Super needed to see this right now. I just got done with a difficult consulting meeting in which I was sure going into it there was a 50/50 chance the client was going to terminate my contract (apparently I was a little TOO blunt on the phone with my feedback last week.)

Ultimately, I decided to go in and try to be positive and prepared to accept all outcomes as the outcome that was needed at this time in my life. I ultimately understood this to be an opportunity for growth, and ultimately it was in my best interests to stay with these folks (I work in recreational cannabis and it's hard to find decent folks to work with out here.)

I took some lumps. Had to swallow some pride. Bite my tongue.

I am pretty sure my fingers will be sore tomorrow from the hand-wringing I was doing under the table.

In essence, I faked it. Totally faked I was kewl with things, but understood that in this moment me smiling and their unwillingness to cop to any crummy behavior was not "selling out" but rather me making sure I wasn't going to let my mouth or pride get in the way of what is, in the end, an amazing opportunity.

I left the meeting having to work no hours on site and a guaranteed salary that can meet 90% of my monthly income needs.

And within minutes of leaving the meeting the CEO was calling me again with more stuff to do.

I spent a decade advising folks in recovery to follow the advice: "fake it till you make it."

I was upset in this meeting today. I put on the happy face.

It wasn't easy, but I do feel it helped keep my emotions in check (and that is important because emotions get us into these situations to begin with a lot haha).

And in the end the restraint on my part served, at the very least, as a chance for the boss to give me a chance to move forward.

I wasn't totally satisfied with the outcome (I wanted to see the manager admit he was being a dick on the phone to me at the time as well) but that is OK. You win some, you lose some.

I would have to credit the appearance of optimism during the meeting to have really helped. Fake it till you make it isn't just an exercise in appeasing others. To me, it is also an exercise in self- restraint.

And THAT is why this post resonated for me Holly. Thanks a bunch for sharing your thoughts. Blessings.

HEEELLLLLLL YEAHHHHH!! I feel like I was just in that meeting with you, you described it so perfectly. ACT AS IF. Totally self mastery and self restraint. Thank you for sharing your story --- and CONGRATS!

I recently read that roughly 80% of our 12,000-60,000 thoughts per day are the same as yesterdays (with the majority of them being negative) which makes you realize that your reality is a self created phenomenon. That most interactions are based off of your brains sometimes wrong way of interpreting incoming data then you know you can overcome bad days or days you feel less than confident, or insecure. Great post! the mind is a wonderful thing albeit flawed.

What a crrrrrraaaaaaaaaazy statistic. HOLY WOW. Meditation has brought this to light for me. It's literally the same 3 thoughts when I sit down for 10 min. Think about how many miscommunications we have during the day because of the way we interpret data!!! Here's the thing: when we start training our mind the same way we train our body --with discipline and repetition --- we truly understand the power of the min-body connection. Thanks for your comment!

life is full of challenges, as ordinary people, we should be able to maximize the time, fellow women we must support each other, steem On #women

Sometimes it just needs a little reminder how lucky we actually are. Thank for sharing your way @holly 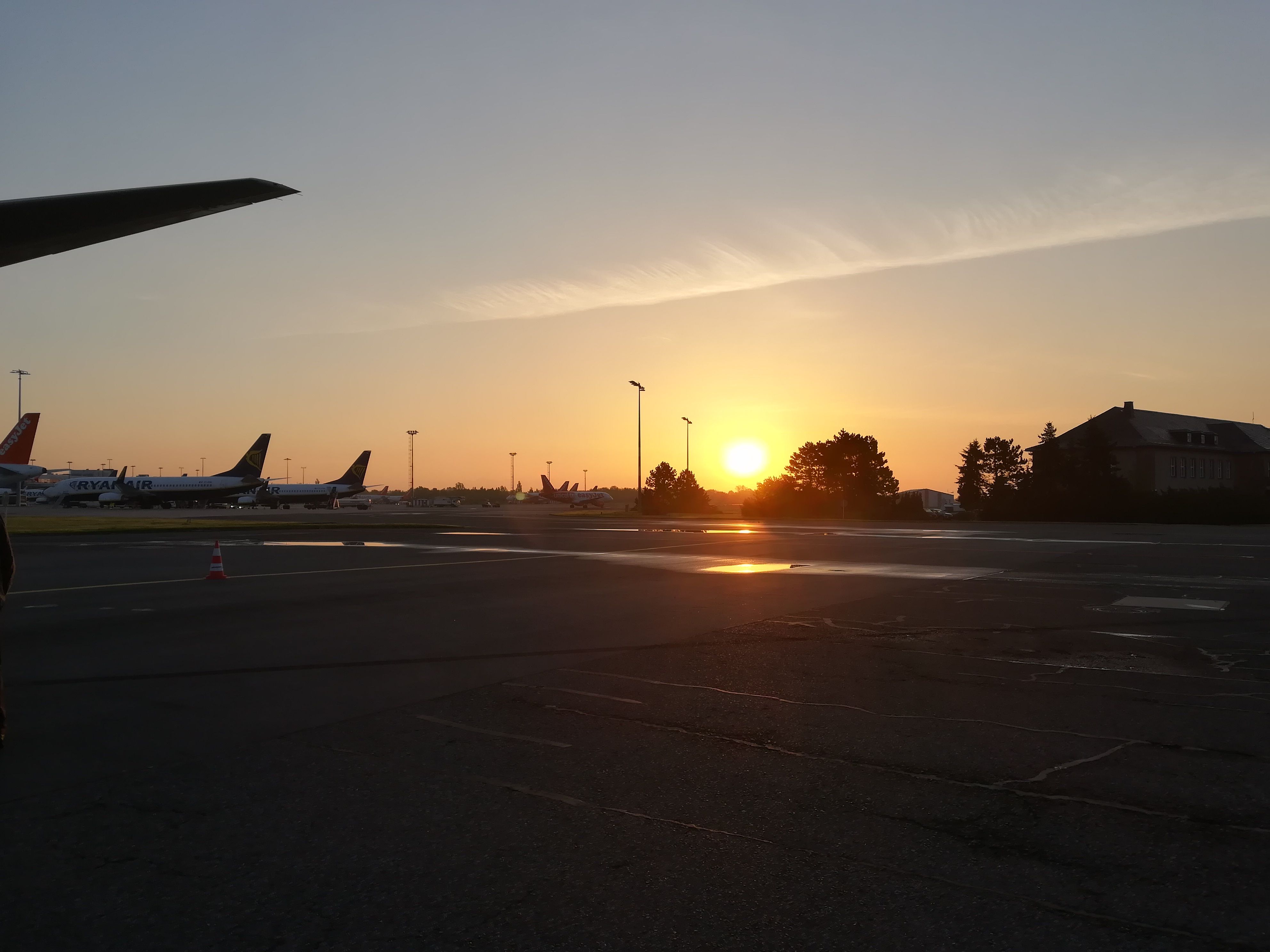 Nice post. Faking it dose work for me some time. Do you ever feel like your doing a emotional choir though. That's where I have gotten to with doing this.

Thanks for shouting out on your official Facebook profile. Nice to know this is really you. :)

If anyone is curious, here's the link. Oh, and because FB makes their links ridiculously long, I ran it through TinyURL first -

Simple and effective rule, but it is definitely not easy all the time. Sometimes you are just sad, and you want to be sad. When accepted, it disappears when you are done with it.

Hey! I 100% agree with you here. We don't need to be perfect all the time. When I HAVE to put on a happy face and be motivational, I don't really have the choice, ya know? But as my therapist says...FEEL ALL THE FEELINGS. There is def a time to be sad!

Hey Holly! Yeah agreed.. many times we have to get over our own emotions to get shit done. And you feel better for it. The sadness will come back though :)

Nice post. Faking it dose work for me some time. Do you ever feel like your doing a emotional choir though. That's where I have gotten to with doing this.

The world definitely responds to our attitude towards it. We get to choose how we feel about things, we get to choose everything in our life. I feel like faking it is just choosing to not feel bad, that's why it flips things around. But you have to tell the world you choose it, no flip flopping back towards feeling bad or losing confidence!

Totally! And when you make a declaration you are far more likely to stick with it!