WARNING: DO NOT 100% powerup any POSTS right now!!

Okay... so it isn't really a WARNING. Just a strong recommendation. And I know that many have said it before... but.....

Recently a nice Steemian commented the following:
"Now that STEEM/SBD has dropped, and because I want to bring my account back up, this post is 100% powering up." 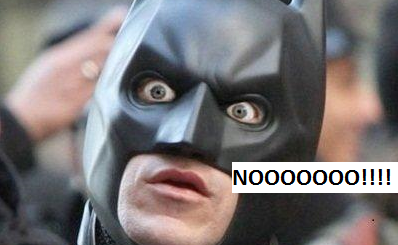 And with SBD above $1 USD (and until it returns to $1 USD each...) you are ALWAYS better off taking a 50:50 payout and then using the MARKET to convert your SBD payout into STEEM and powering up this Steem.

So, my recommendation is:

Always use the 50:50 payout ......and THEN Convert your SBD into Steem Power >>> WHILE the External Market price for SBD is greater than $1 USD.

If you have any questions, please ask! I would love to help!

minnowsupport education market sbd whalepower
2년 전 by public-eye54
$6.61
30 votes
댓글 남기기 11
Authors get paid when people like you upvote their post.If you enjoyed what you read here, create your account today and start earning FREE STEEM!
STEEMKR.COM IS SPONSORED BY

Of course! I hope it helps!

Thanks for stopping by!
:-D

Yes, I think I have seen comments or posts about this by @papa-pepper, @em3 and maybe you too? So yeah. Good advice and hopefully anyone that doesn't know yet can see this!

Thanks for taking the time!
<3

However, I would like to put another perspective on this.

Have you considered holding on to your SBD and not coverting them?

I must first of all admit that I don’t what is going on behind the scenes with SBD. My impression is that peg to SBD 1 = USD 1 is broken. I’m not sure if $1 is now some kind of floor. In any case, it looks like whoever is in charge is content to allow the price of SBD to rise well above $1.

On coinmarketcap the price is shown as $4.38 as I write this.

What can I do with my SBD?

When you earn SBD, you have several choices:

The market cap of SBD is just $37 million compared to $964 million for steem. If more users join steemit and keep SBD the price move could be more significant.

oh... I like the reply. Lots to think about and respond to. :D

So... First... SBD are not controlled by any ONE. They are passively controlled by the creation and burning of them. They stay at around $1 when people don't speculate with them.

Why not to keep them? Well.... for short term use, yes that is fine. But for long term it seems silly to hold any. Their purpose is to be stable at $1. If they NEVER return to $1, then at some point the witnesses may come together and decide to DO AWAY with them. There is no reason to have two tokens on the Steem blockchain... and they have NO MORE intrinsic value than the basic Steem token. They have no use that is different or better than STEEM.

So, like you said... their quantity is much less than Steem. On first sight, that seems to give them RARITY. But that is misunderstanding their purpose. The huge influx of Korean investors that drove the price up were either mislead or 100% misinformed.

In my opinion... it is 100% stupid to speculate in and invest in a token WHOSE GOAL is to be pegged at $1USD. Why did anyone do that? My only guess is a lack of research and understanding.... OR there was a scammer that bought a bunch of SBD at less than $2, I mean a million or more, AND THEN hyped them up... spoke about them, promoted them... FOR the SINGLE and SOLE purpose of selling them later at a huge profit and laughing all the way to the bank at those that paid $8, $10, $12 and $15 per SBD.

So... could SBD's be MANIPULATED to the upside? Sure. But they are meant to be pegged at 1 USD.. and if they continually FAIL at that goal.... the Steem Witnesses that follow the Steem whitepaper will/should REMOVE them from the code and Cancel them all together. Doesn't seem like a good investment to me.

Let me briefly address a few of your bullet points:

And finally... to round this all out....
I am not suggesting it is bad to Powerup.
I think, actually it is golden to powerup. For regular and long term use on the Steemit platform, Powering up IS THE ONLY WAY TO GO. Just don't use the Payout Option of 100% Powerup. Go 50:50 ... get your SBD, convert your SBD to Steem AND THEN power up that STEEM!

@swissclive again, thanks so much for the Reply! I love replies like that! Keep them coming!
Thx

As I said, I have no idea what is going on behind the scenes with SBD. However my words about whoever is in charge being “content to allow SBD to rise”, were not a complete guess. I actually heard this phrase, (or at least the word “content”), used on the Discord radio station discussing steemit, and the rise in the SBD price. A number of senior steem people were there. I can’t remember their names. They said the rise in the SBD price had been discussed and a decision was taken NOT to take a decision on the matter.

I agree that did not mean “never’ take a decision. At the time, a month or so ago, it didn’t seem to be a problem.

Lets just say, if some speculation occurs in SBD - or a pump, it could move much faster than the steem price due simply to its small market cap.

I would have liked to have listened in on that discussion. Do you know if it was put on dSound or archived?

And WOW! Thanks for the upvote! That is very awesome of you!

Finger's crossed that Steem (and SBD too, why not) goes TO THE MOON!! ;-D

At the end they said it would be published, but I didn’t catch where - maybe Youtube.... I asked @lukestokes who was on the program, but he didn’t seem to know. I wanted to listen to it a second time as well, as there were some non public developments mentioned that sounded extremely bullish, but again I forgot what.

I just remembered whatb the “non public developments” were. Someone - I guess it was one of steemit’s developers or founders, said that discussions were taking place with some crypto exchanges. They said that there is a hope that this will result in positive developments, but do not want to say anything about it before there is something concrete to announce.

I agree with your opinion .
this is very nice sir.

we all definitely hope
crypto will be stable again.
hopefully crypto will go back up.
I am sure ,, crypto will return good