Were Racquel's Coaches Wrong? We look at a few angles [eng] [maori] 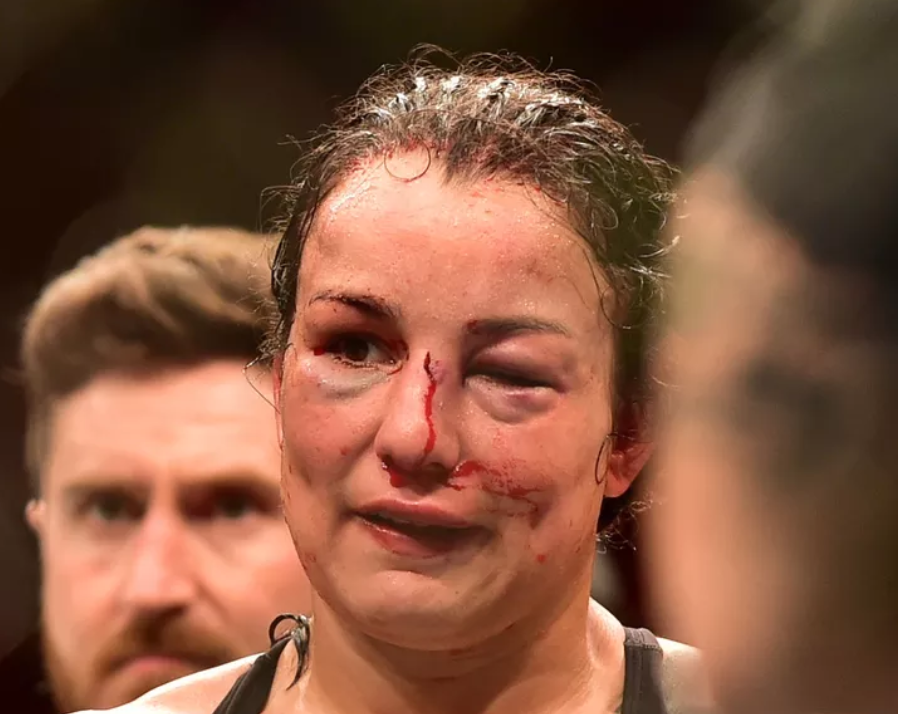 So if you tuned in on UFC 224's Main Event you probably are aware that Racquel Rocky Pennington lost lopsidedly against still undisputed and defending women's bantamweight Champion Amanda "the Lioness" Nunez. Despite it being as most have expected the more intriguing about it is in between rounds 4 and 5 Rocky decided to quit and in her own words "I want to be done" asking advice from her corner if they should stop the fight. In an unexpected reaction from his camp they urged her to still fight despite her condition and sending her to a bloody 5th round stoppage. Which resulted in unfavorable reaction to almost everybody including Amanda on their post fight interview. So what went down? We shall look closer.

On one of Raquel's interview, specifically with Ariel Helwani on MMA Hour she said that the main reason she wanted to opt out of the fight during the break after round 4 was because her feet was broken. She then went on to say further that the first kick in the first round that she got on her feet on the opening salvo broke her foot. If we can remember Amanda the still reigning UFC Champ has repeatedly hit it after that. So then after the 4th round she said that she wanted to throw up because of pain.

To the horror of the color commentators her coaches urged her to go own and continue fighting and to give her all she gets, basically to leave it all out there. We can even remember that should Racquel say what she said to her coaches to the referree and that they would not be in that situation and that the fight would have been stopped immediately. As we all know what happened after wards she went on to continue the fourth round and eventually succumbing to the Champ's ground-and-pound.

The aftermath of the fight resulted on a vicious online social media attacks towards Racquel's camp and specifically her coaches for not stopping the fight earlier. We are not here to judge them but getting back Rocky's interview with Ariel she went on to defend and standby with the decision of her coaches. She further explained that she was able to prove to herself that she did have more left to give on the last round and that she was satisfied of her herself and the confirmation of her toughness all thru out the fight.

A recent conversation on Joe Rogan's podcast with retired MMA ref John McCarthy, the iconic referree was absolutely convinced that the coaches were truly at fault. He further explains that she was injured and even if she was not she had no tools to win the fight. From his viewpoint sending a losing and injured fighter to another round of beating with no upside is just torture. With the manner of stoppage and blood coming from Rocky's nose all thruought the last round it was clear that these damage were unnecessary and she was not able to mount any kind of offense to push back Amanda.

To put my thoughts on this, it really appalls me that towards the end of the fight when Amanda was on top and was raining down punches on Racquel's head her corner did not have any inkling of throwing the towel. If they just want to see Racquel go all out and give her all they've clearly seen that her all was futile they should have brought to themselves the decency to stop it. She had a broken foot, a broken nose and no tools to even pose a threat, at that point durability is not an advantage but rather a detriment to the fighter. You became a punching bag that might receive irreversible effects. At the end of the day we never known if the damage she took towards the end of the fight could be the difference of living normally and being unable to lead a normal life due to brain trauma.

PS. My banner is from Vintage vector created by Freepik and these writings are my original work and have cited my picture and information sources and my translations are of my own words and so may vary from their directly translation as there are vast differences between the Maori language and the English language. I am not a native Maori but has had lived with them for a few years now and I still often ask for help assistance from them from time to time. With this I aim to get more people interested in learning the language that has for so long fascinated me.

mma mmafighting ufc224 stoppage
3년 전 by meansteemachine62
$162.43
83 votes
댓글 남기기 11
Authors get paid when people like you upvote their post.If you enjoyed what you read here, create your account today and start earning FREE STEEM!
STEEMKR.COM IS SPONSORED BY

I'm in a big dilemma like you, I feel it's a mistake to let it continue like that but you also have to be aware that this is the nature of the sport

I agree. Their investment is their well being, even if a fighter becomes champ for a short time a life of traumatic brain injury where brushing your teeth is hard enough is not a life worth living.

That is horrible! I feel bad for Racquel. The coach should have said stop but it's like he wanted his player to be a punching bag like you said! Even if they talked about going all out or not the match should have been stopped, it looks like the coach doesn't care about her well being. She should change her coach.

Totally! They should've at least thrown in the towel before the stoppage as clearly their fighter was not going anywhere

The coaches are wrong to have allowed her continue the fight. The health and wellbeing of an athelete should be the priority of every coach. >we live to fight another day

Congratulation meansteemachine! Your post has appeared on the hot page after 81min with 56 votes.
Thanks to @souldelas.